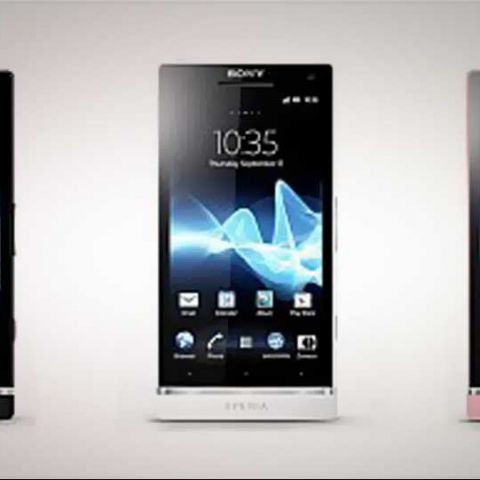 The Xperia SL is basically a refresh. The extra power does not make too much of a difference. And all other features and specifications remain constant. Which is why, we would recommend saving the extra pennies and buy the Xperia S instead. That is easily about Rs. 6,000 cheaper, when you look at the current market prices of both phones (Xperia SL currently retailing for around Rs. 28,000). However, if that extra bit of power really is something that you want as an added insurance for the next couple of years of using the phone, then by all means buy the Xperia SL. It is following in the footsteps of a very good phone, made slightly better.

When we had reviewed the Sony Xperia S, the biggest issue with an otherwise very good phone was the older Android OS that came on board. This time around, there are no such issues. The Xperia S had the model number LT26i, while the Xperia SL gets the model number LT26ii. But, the bigger issue is – what is new? Well, there is a better processor onboard with more power. But the rest is exactly the same.

Build & Design
Possibly the best thing about the Xperia SL is that it carries forward the exact same build as the Xperia S. And we had praised that phone for that stand-out-in-a-crowd look, yet remaining very much sophisticated and classy. Despite the similarities, let us just run you through some of the unique design elements of the Xperia SL.

Straight out of the box, the Xperia SL has an undeniably premium design. The biggest attention grabber is the transparent strip running below the display only breaks the darkness of the slightly reflective piano black glass. This is pretty much the unique design element of the phone, but serves a purpose as well – if you look closely, the strip houses the cellular reception antenna. The other purpose of the transparent strip is to have the labeling for the three touch sensitive keys - return, home and options. However, the actual keys, considering where the touch sensitive zone is, sit just above the strip, indicated by three tiny dots. The video-calling camera sits on the right top corner above the screen.

I had said at the time of the Xperia S review that this little transparent strip divides two very distinct visual elements – like the city of Liverpool divided by the Mersey River – each completely different from the other! The rubberized chunk below the dark shiny bit adds a contrasting dimension. The rubberized finish continues on the sides and at the back also, unhindered.

The white-coloured rubberized finish on the Xperia SL, compared to the black on the Xperia S, looks rather smart. Yes, a certain demographic of users will claim that Sony is copying Apple with the white colour, but will very conveniently forget that Sony has had a history of deploying this colour on their Xperia phones rather successfully over time.

While this isn’t a unibody design, it sure looks like it at first glance. The battery cover slides upward to open, and fits back in seamlessly thanks to the perfectly cut out slot. The battery, however, remains locked away and users cannot access it. You do access the micro-SIM card slot here, and that’s about it. The camera sits on the top portion of the battery cover, and we feel it is too close to the edge. When holding the phone to click in landscape mode, inevitably the fingers will block the camera at first instance. The right spine has the HDMI out, volume rocker and the camera key. The HDMI port has a well-fitting cover, and the keys have a chrome lining. The right spine is where the micro USB port for charging and connecting to the PC is. The top has the power key and the 3.5mm headphone jack.

The Xperia SL, like the Xperia S, fits very well in the hand. The battery cover has a very slight outward curve, and that helps it nestle nicely in the palm. Comfortable enough for use with the same hand that is holding the phone. A must consider device for those who want a good-looking phone, with a comfortable display, because the 4.3-inch one on the Xperia SL does exactly that.

Features & Specifications
The biggest, and possibly the only change on the Xperia SL from the original Xperia S, is the power package. The Xperia S has a 1.5GHz dual-core processor, while the Xperia SL gets a bumped up version that clocks at 1.7GHz. The amount of RAM remains the same – 1GB. The built-in storage remains the same as well, at 32GB.

The Xperia SL’s 4.3-inch display has a native resolution of 1280x720 pixels. When compared to any AMOLED display, the differences are pretty apparent. Colours are not as vivid, being the primary difference. AMOLED also has an advantage of slightly deeper black levels. Third, open the same image on this display and on an AMOLED one, and the colour gradation is visible at times on the Xperia’s display. Now we switch to the positives. The sharpness of the display is impressive and text looks very crisp and readable. A problem that lots of phones have is that there is noise around the individual alphabets, but no such issues in this case. The lack of edge noise means you can zoom in text and still it will remain very crisp and readable.

While the display of the Xperia SL is natively quite bright, we were a bit perplexed to find that there is no automatic brightness setting. While the display isn't technically matte, it is not very reflective. Wider viewing angles are a direct result of that, and so is the ability to use it in most environments with the brightness set at around 50%.

Sony’s Timescape UI does have its fans. However, we will just state the facts. This UI works well because it does not slow down the phone like some versions of HTC Sense. It obviously does not have the visual punch of a Sense UI, and lacks the sheer variety of widgets, but still remains very functional. It was expected that the UI would see a host of changes when the Ice Cream Sandwich update was in the pipeline, but Sony decided not to tweak anything when nothing was broken. Quite agreeable, and for anyone who wants customization, third party home screens are the alternative anyway.

Performance
Sony will be joining the quad-core bandwagon next year, so for the moment, you will have to make do with dual core processor powered smartphones. Not sure if the consumers appreciate that, particularly with the way Sony tends to price their phones very close to the quad-core powered rivals. Now, look at this for example - the Xperia SL hit the stores with a box price of around Rs. 32,000, which is very close to the current market price of the Samsung Galaxy S III and the HTC One X. Now, market forces ensured that the market price is down to Rs. 28,000 for the Xperia SL, which again points to the need to price phones sensibly right from the outset.

The Xperia SL is inevitably slightly quicker than the Xperia S. Yes, there is that little performance improvement that takes it a notch above the rest of the phones in the same market price bracket. The benchmark scores reflect a very slight change, an improvement in the performance, but nothing major. For example, the Xperia SL has a Quadrant score of 3398 while the Xperia S had scored 3055 when we had tested it earlier. In terms of real life usage experience, quite honestly, I did not feel any major improvement in speed of navigation or apps opening or closing between the two phones. Most of the usual apps that you use on a daily basis still respond exactly the same as on an Xperia S.

With the antenna placed inside that transparent strip, we assumed that the call quality will be as good as the Xperia S. And it is, because both the S and the SL hold mobile network signal better in areas where quite a few other phones tend to lose them. Call clarity is impressive, and the earpiece does tend to down out ambient noise that may be prevailing at the calling party’s end. That in turn does mean that the sound remains soft and comfortable even if the earpiece volume is pushed very high.

The Sony Xperia SL’s hands-free speaker is not the loudest one out there, and that reflects with voice calls. Try using this for calls while in a car, even with all windows rolled up, and yet there will be times when a car zips past the window and will drown out the call. But, the same speaker is surprisingly loud and crisp when playing back music stored on the phone’s memory! Maybe it is a speaker mapping issue, but surely not a hardware limitation. A software update could solve it.

We were fairly disappointed with the camera on the Xperia S, particularly when taking low light shots. The same camera is carried forward as is on the Xperia SL, and the results are pretty much the same. This camera will take very good pictures and videos when used during the day or in good lighting conditions. However, the moment the light goes down, the focusing becomes very slow, colour balance goes for a toss and the images have considerable noise. Videos suffer from the slow focus and there is a lot of stutter when panning.

With its 1750mAh battery, the Xperia SL lasts a day when used as a primary phone. With slightly more power, things don’t drastically change. It will still get you through one full working day, albeit you don’t game on it and keep the brightness at 50% or lesser. But there is no way you will get it to last you the next day. Before leaving for work the next day, ensure that the phone is fully charged.

Bottom Line
What Sony did with the Xperia S, and now with the SL, is rather classy. The sophisticated looks stand out rather distinctly. Overall, the Xperia S was an impressive package, and the Xperia SL is basically a refresh. The extra power does not make too much of a difference. And all other features and specifications remain constant. Which is why, we would recommend saving the extra pennies and buy the Xperia S instead.

That is easily about Rs. 6,000 cheaper, when you look at the current market prices of both phones (Xperia SL currently retailing for around Rs. 28,000). However, if that extra bit of power really is something that you want as an added insurance for the next couple of years of using the phone, then by all means buy the Xperia SL. It is following in the footsteps of a very good phone, made slightly better.