For selfie lovers, Sony has kept to its word and the Xperia C3 offers a great front facing camera. For an average smartphone user, this a good enough smartphone with large real-state on the display, smooth UI and decent performance. The design and build is impressive and even the hardware manages to work well, but at a price tag of Rs. 22,000 you can get a much more powerful smartphone, something like the Moto X or even the new Moto G.

People are getting obsessed with taking selfies and this has given smartphone makers the opportunity to use this as a USP for their devices. While it does sound silly, according to reports there are about 1.5 billion selfies in the world. Sony announced the Xperia C3 just last month hoping to target some selfie loving consumers. But is that enough to make it a good smartphone?

For a 5.5 inch device, the Xperia C3 is definitely one of the slimmest smartphones available today. The display has 720p resolution and the large display looks sharp. Thanks to Sony’s Mobile Bravia and Triluminos technology, the display is crisp and offers natural colours. You can also fine tune the white balance in the display settings. Sadly the overall dimension of the smartphone is quite big, which means large bezels. 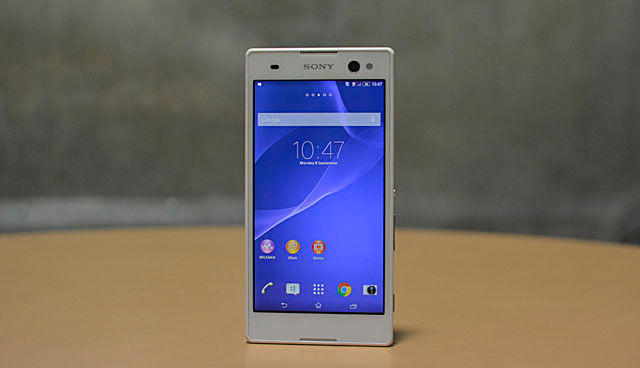 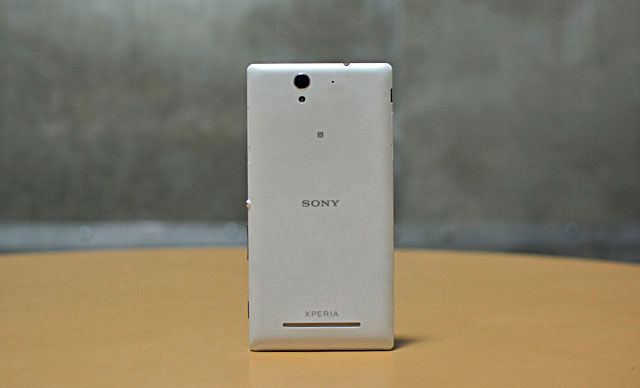 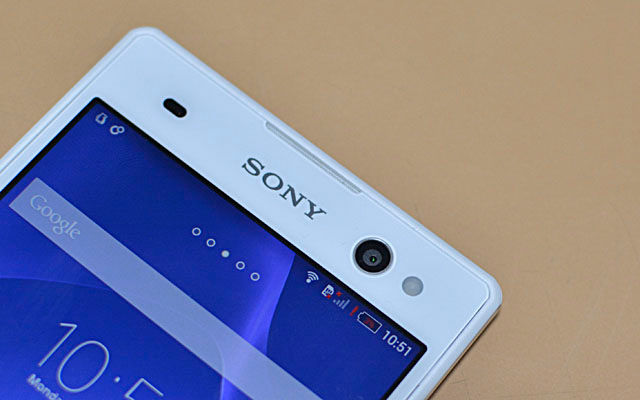 Above the display we have an LED indicator, a bunch of sensors, the Sony logo and a front 5MP camera along with a soft LED flash to take selfies. The front also has two slits which look like stereo speakers, but the one on the top is the earpiece and the bottom one is the microphone. 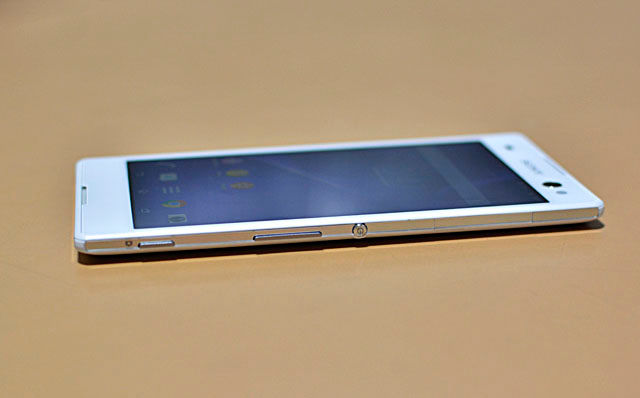 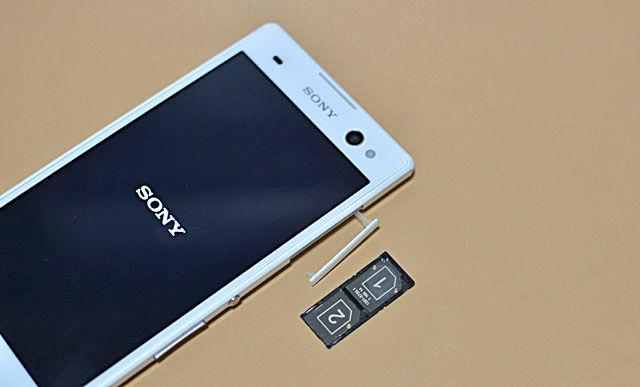 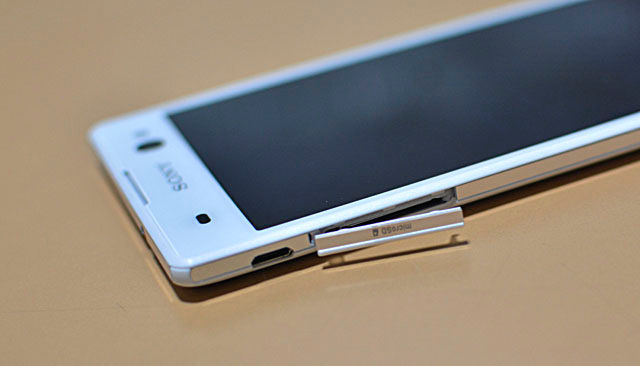 The left edge houses the microUSB port and a microSD card slot which is covered with a protective flap. On the right edge we have a slot which houses a tray for two microSIMs again covered with a flap, the round power/lock key which is seen on every Xperia device, the volume rocker and a camera shutter button as well. The top houses the 3.5mm audio jack. The back cover is non-removable and houses the 8MP camera with an LED flash, a secondary microphone for recording videos and the loudspeaker. 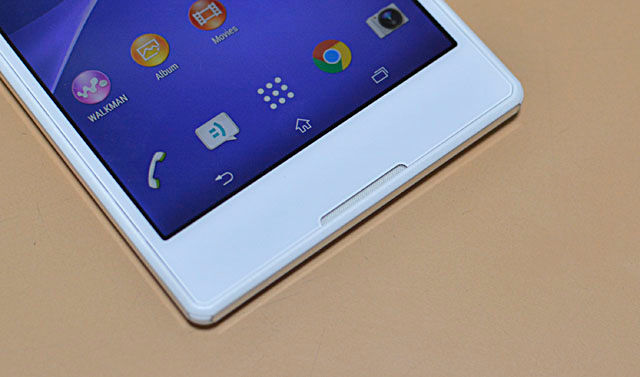 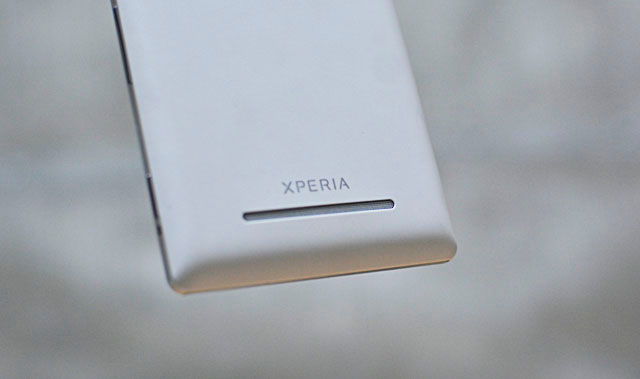 The handset has a very slim profile which covers up the fact that this device is huge. The Xperia C3 feels very light and considering that it is a large device, it still manages to feel good and well worth the money. Somewhere down the line it seems that Sony has rebranded the Xperia T2 Ultra which has similar specs and form factor.

You get the standard Xperia UI over Android 4.4.2 which we have seen on all the new Xperia devices. Strangely the lockscreen is taken from Android 4.3 where you need to swipe up or down to unlock. You can also personalize the device with preloaded Xperia themes or download them from the Play Store. You also get a bunch of preloaded apps like SonyLIV, Socialife, Sony SmartConnect, TrackID, Walkman, Xperia Lounge along with Sony’s new camera app with different modes. There is also a new Portrait Retouch mode which we have covered in the camera section. 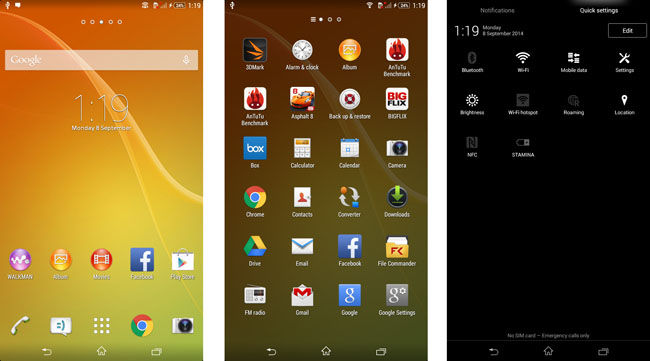 Overall the UI is smooth as almost every handset maker has reduced the load of customisations on Android. There is hardly any lag or stuttering which boosts the experience on the Xperia C3.

There is a Snapdragon 400 SoC powering the device along with 1GB of RAM and 8GB of internal storage. Although you can only use about 4.6GB of the storage, rest is used up by the system. So one will definitely need a microSD card to store media and leave the internal memory exclusively for apps.

The OS is very stable and we didn't notice any crashes or lags. The smartphone manages to handle apps and multitasking easily and even high-end games like Asphalt 8, Injustice: Gods Among Us, etc. run smooth. Day to day activity like reading emails, checking social media, browsing the Internet, is a piece of cake for the C3. In the multimedia department, Sony smartphones are always on top with support for a wide range of audio and video formats and the C3 is no exception. Almost every video and audio file that we played ran without any issues.

To test the raw performance of the hardware, we ran some benchmark tests on the C3. Here are the results.

So, the C3 is a device that performs well and the Snapdragon 400 has been fine tuned to offer a flawless experience.

There is an 8MP camera at the back which is capable of shooting 1080p videos and a front 5MP camera with a soft LED flash to take selfies. The rear camera performs well with great low light performance and overall quality of images. You get your standard Sony camera app with various modes with a new Portrait Retouch mode which helps you take better selfies and also fine tune your skin tone and so on. To be honest, we aren't big fans of taking selfies so this mode will only cater to the ones who are selfie obsessed. 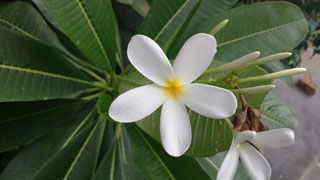 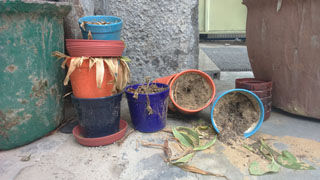 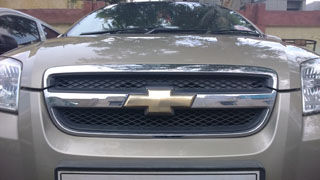 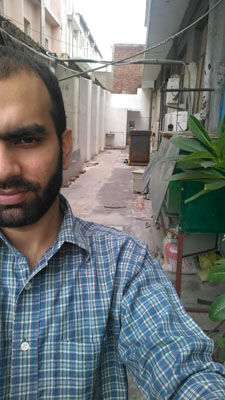 The front camera is actually very good at taking selfies and the soft LED flash helps in lighting up your face. The lens isn't very wide, but good enough if you are taking a group selfie and it offers a decent amount of depth.

The camera didn't disappoint us and Sony proves yet again that it is always making an effort to improve camera quality. For the selfie lovers, you wont be dissapointed as the front camera manages to get some good looking selfies.

The Xperia C3 is a perfect device for the ones who like a large sized device from a venerable brand. If you want high-end specs, then you should probably stay away from this. At this price you can get better performing smartphones, but somehow Sony smartphones feel good. Alternatively, you can probably go for the Micromax Canvas Gold, or probably the best phone in this range, the Moto X.