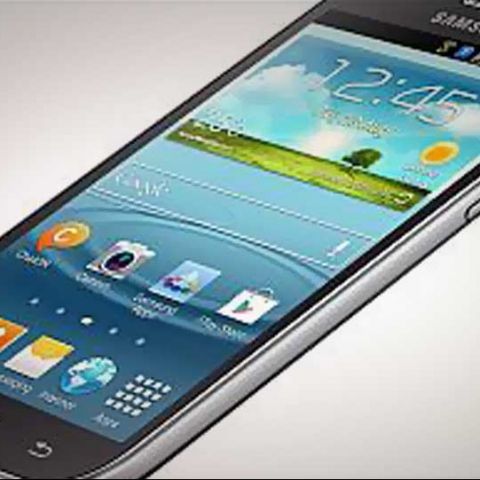 It is difficult to recommend the Galaxy Grand Quattro at its price, especially since you have devices such as the Tegra 3-powered Xolo Play T1000 and the plethora of MediaTek MT6589-powered quad-core smartphones available in the market around the Rs. 15,000 price point. If however you are a Samsung loyalist, then you can consider purchasing this device.

Samsung has launched smartphones in a large price range starting from a few thousand rupees going all the way to Rs. 40,000. The screen size of these smartphones varies from a mere 3-inches, all the way up to 6.3-inches.

Today, we have with us the Samsung Galaxy Grand Quattro. The smartphone has the screen size similar to the Nexus 4 and the Xolo Play T1000 and good specifications under the hood. Is it a worthy contender for the Rs. 16,000 price point?

At a Glance
One look at the smartphone and you know that it is a Samsung device. It has the same form factor as any other Samsung smartphone. It has a 4.7-inch display with a rather low-res 480x800 pixel resolution. It runs on Android 4.1 Jelly Bean skinned with TouchWiz and has a 5MP rear snapper. Here is a quick look at how the specifications compare to other smartphones in the same price range.

From the above table it clear that there are competitively priced smartphones available in the market with better specifications than the Galaxy Grand Quattro. Read: Review Samsung Galaxy Grand Duos

Design
Staying true to the Samsung tradition, the Galaxy Grand Quattro has the same look and feel as the SIII. You have the front facing camera above the display along with the one physical home button and capacitive menu and back buttons on its either side.

The rear of the Galaxy Grand Quattro has the camera along with an LED flash and the speaker all kept next to each other. Rip out the rear panel and you have access to the battery. One SIM card slot and the microSD card slot rests above the battery and the other SIM card slot is below the battery. The second SIM card slot enables hot swapping so you don’t need to remove the battery to access it. The top of the smartphone has the headphones jack. The left has the volume rocker and the right has the power button; pretty standard button layout.

In terms of its design, the Galaxy Grand Quattro has the standard look and feel that we have come to know from Samsung smartphones and phablets. The smartphone is comfortable to carry and use with one hand. If you are looking for something smaller than the 5-inch form factor, then this is the smartphone for you.

UI and Interface
Staying true to tradition, the Galaxy Grand Quattro features the standard TouchWiz UI overlaying the Android OS. The smartphone comes preloaded with Smart Stay, which didn’t work for us no matter how hard we tried.

You have access to the Samsung app store in addition to the Google Play store. With the TouchWiz skin, you have access to five customizable home screens, and the slew of Samsung shenanigans that come preloaded with the Galaxy Grand Quattro.

Put simply the UI on the Galaxy Grand Quattro is something that we have seen on a plethora of Samsung devices and that is a good thing. If you are a part of the Samsung universe or like using Samsung smartphones or are moving from one Samsung device to another, you will feel right at home.

Performance
Since the Galaxy Grand Quattro is priced at Rs. 16,570, let us take a look and see how it compares to other devices in the same price range such as the Canvas 4, Xolo Play T1000, Spice Stellar Pinnacle Pro and more.

As you can see from the scores, the Galaxy Grand Quattro’s performance is average when compared to the competition. In quadrant it scores higher than competing smartphones but in the others its score is average. The 3DMark benchmark crashed on the smartphone every time we ran it.

Starting with the response of the Galaxy Grand Quattro’s touchscreen, it is very good. The interface is smooth, responsive and everything that you’d expect from a Samsung smartphone. Browsing the Internet, playing games, and generally anything to do with navigating the touchscreen is a good experience.

The keyboard on the Galaxy Grand Quattro is good too. The 4.7-inch form factor is very comfortable to type on.

Coming to games – all of them worked on the Galaxy Grand Quattro quite smoothly. There was the occasional hiccup here and there but nothing that hampered the experience. Angry Birds Star Wars, Subway Surfers, Words With Friends, Real Racing, Dead Trigger and more ran quite smoothly and it was a treat playing the games.

Moving to the calling capability of the Samsung Galaxy Grand Quattro, put simply, it is good; no complaints with the quality.

Natively the Galaxy Grand Quattro didn’t recognise any of our video formats – AVI, MP4 and MKV. We had to resort to third party video players for this.

In terms of its battery life, the Samsung Galaxy Grand Quattro has enough juice to get through the day with average use. In our continuous video playback test, the smartphone lasted for 3.5 hours with the brightness on full as well as the volume. The Wi-Fi was on along with Smart Stay.

Bottom Line
For Rs. 16,570 it is difficult to recommend the Galaxy Grand Quattro, especially since you have devices such as the Xolo Play T1000 and the plethora of MediaTek powered smartphones available in the market around the Rs. 15,000 price point. If however you are a Samsung loyalist, then you can consider purchasing this device.