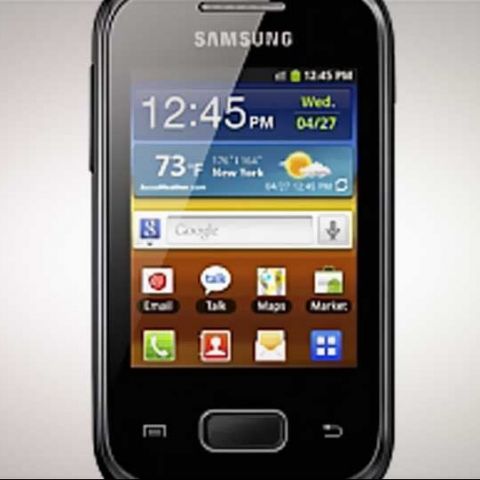 The Samsung Galaxy Pocket is a decent phone considering the price point and the features on offer. The device has a good build, and the features and specifications will provide you with an entry-level Android experience. The screen size may be too small for some but in that case you can take a look at the Spice MI 350N. If you are considering picking up your first budget Android device, this phone should definitely be on your list.

Budget smartphones are those that hold consumers’ hands as they transit from feature phones to the smartphones. They offer a “smart OS” and features that give users a tip of the iceberg view of the potential of owning a smartphone. They may skim on certain features but then again, you get what you pay for.

Today we have with us the Samsung Galaxy Pocket, an entry-level Android smartphone that’s small enough to fit in anyone’s palm.

Is the Samsung Galaxy Pocket one of those good things that comes in small packages, or are you better off overlooking this device?

Design and Build
One look at the device and it looks like a mini Samsung Galaxy Y. The device is really small and fits in the palm. The body of the device is plastic but with a classy enough finish considering the price point.

All in all the build of the device is sturdy, small and in a word, cute. It wouldn't be a surprise if you mistake the device for a toy. It is really light too, weighing in at a mere 97 grams. 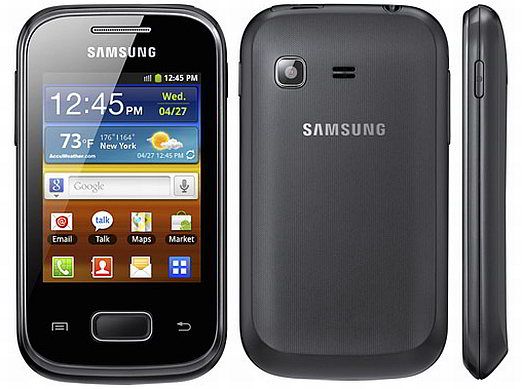 Features and Specifications
Straight out of the box, the device is running Android 2.3 Gingerbread skinned with the TouchWiz UI. Under the hood, an 832MHz processor powers the device. The device also has Wi-Fi along with Bluetooth 3.0.

The hardware under the hood is basic and just enough to run the OS and some apps. The other budget Android devices that boast of similarbasic features are the Micromax A50 Ninja and the Spice MI 350N.

In terms of preloaded apps, the device comes with the same ones you get on other budget Samsung Android phones. You get Social Hub, Samsung Apps and Polaris Viewer, apart from access to the Google Play store to download the plethora of apps available.

TouchWiz is quite good as a skin. For those of you that don't like it can always download third party skins from the Play store.

You can run most of the apps on the device but don't expect stellar performance. Angry Birds Space took its own sweet time to load but once it loaded, the game ran very smoothly.

Performance
In terms of raw benchmark performance, the Samsung Galaxy Pocket performed surprisingly well. It was neck to neck with the Spice MI 350N.

In terms of the multimedia performance, the Galaxy Pocket is a mixed bag. YouTube ran extremely well on the device. The audio was very clear but the visuals were a bit disappointing. Considering the hardware under the hood of the device we didn't expect it to play anything above .3GP videos and low res MP4’s.

The Galaxy Pocket’s 2.8-inch display has a resolution of 240 x 320, which is average. The display was clear, colours were good but the screen lacks vividness. Under direct sunlight however, the device is susceptible to a lot of glare.

The speakers on the other hand of the Galaxy Pocket are quite good. Running apps like Angry Birds was a treat as the audio was immersing and loud. We played a bit of Nickelback as well through the device and the speakers were loud even though there was loss of clarity at high volumes. Playing games and running apps on the device was smooth even though some apps took their own sweet time to load. Don't expect the device to be handle multitasking as the hardware under the hood is bare bones.

The surprise element of the device is however the keyboard. Since the screen is so small, we thought that the onscreen keyboard would be cramped and cumbersome but we were proven wrong. Even though it is small, the typing experience is better than the HTC Explorer and quite good. Errors during typing were few and far between.

The device houses a 2MP rear snapper without a flash whose performance can be considered average. You will rely heavily on ambient lighting for most of your shots, as the night shots are plain dark. The device doesn't have a dedicated camera button but this really isn’t missed. The camera app gives you access to a bench of scene modes and settings, which is nice.

Coming to the core function of a phone – making calls. The device is a single SIM phone and boasts of 3G capabilities. The call quality from the device is very good. The audio at both ends was clear and the loudspeaker performance was solid as well.

The device boasts of a 1200 mAh battery. In real world usage, the device will last you about one and half days. We ran a bunch of apps, sent some social networking messages, and made an average number of calls - the Galaxy Pocket still had some juice towards the end of the next day.

Bottom Line
The Samsung Galaxy Pocket is a decent phone considering the price point and the features on offer. The device has a good build, and the features and specifications will provide you with an entry-level Android experience. The screen size may be too small for some but in that case you can take a look at the Spice MI 350N. If you are considering picking up your first budget Android device, this phone can definitely be on your list.