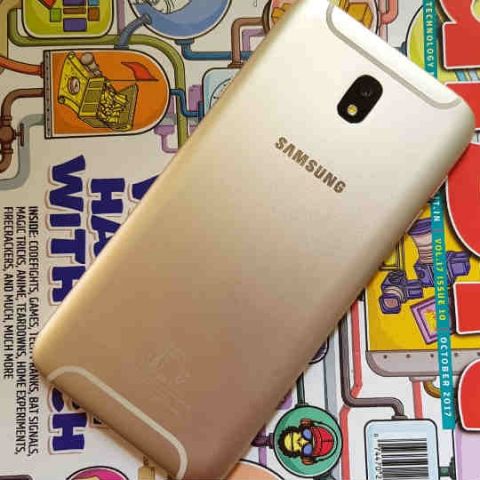 The Samsung Galaxy J7 Pro has excellent battery life, has a good display, is well designed, and has a decent camera. If Samsung made this fast and snappy, this would have certainly been a no brainer. Instead, it’s a good phone that would have made much more sense at a slightly lower price.

Smartphones are revolutionary, powerful and life changing, but literally no one uses their full potential, companies and consumers alike. A company can only do business if it can make profits, while consumers will only buy the product that covers all their requirements. For that, companies conduct market research to identify what buyers want, and find a skew of specs that allow maximum profits.

If you look at the Samsung Galaxy J7 Max and Galaxy J7 Pro side-by-side, they’ll seem illogical. Why does the more expensive phone (J7 Pro) have lesser RAM and a smaller screen? The short answer is because it has higher storage, a bigger battery and an sAMOLED panel. Samsung cut costs on one spec to provide the other, and it’s looking to hit consumers with specific needs, rather than going for the entire bunch. The question is, whether all these specs are married right to create a tight and balanced product.

Step one in impressive buyers is to make a phone that’s impressive to look at. You know that feeling you get when a phone just looks too good to say no to? That’s what Samsung’s going for. The Galaxy J7 Pro has a metallic design, but what makes it singular is how the antenna bands are placed on the back. Most choose to put them in a straight line on the top and bottom, or around the edges, but Samsung chose to display them in a sort of rectangular pattern. 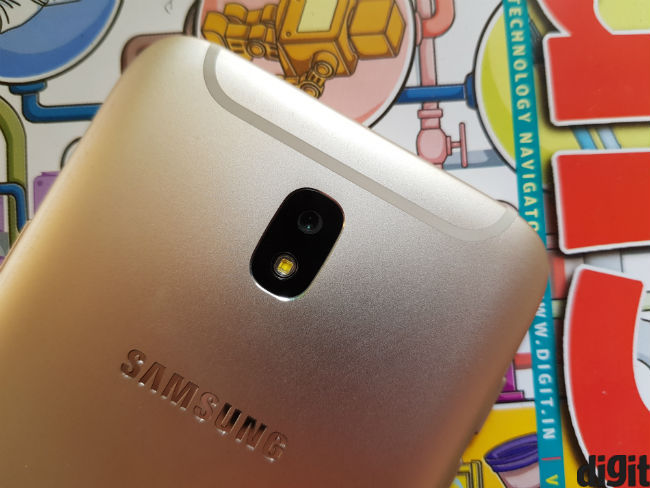 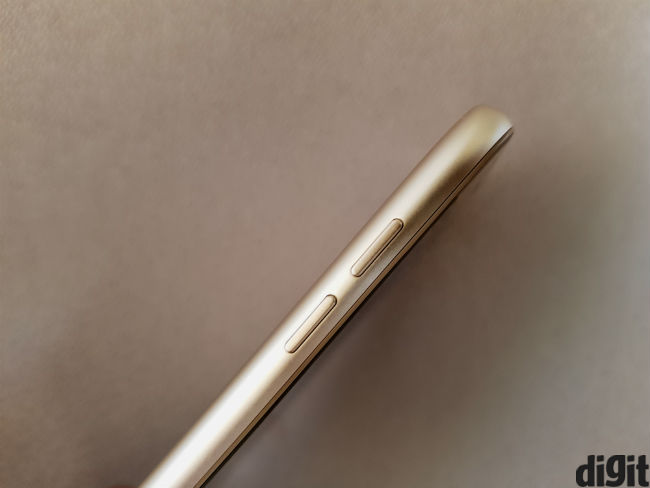 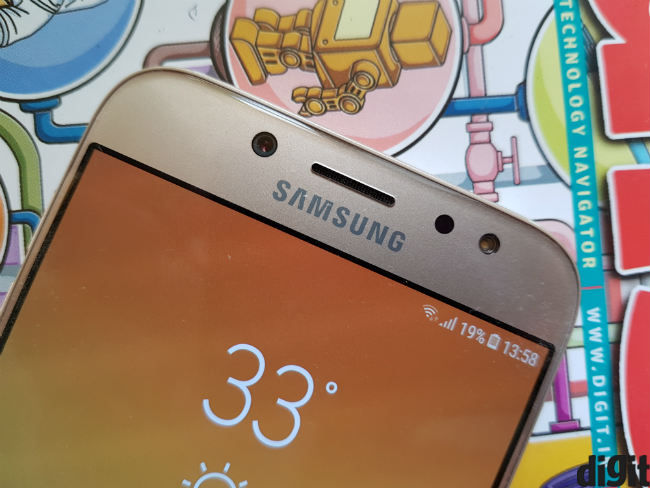 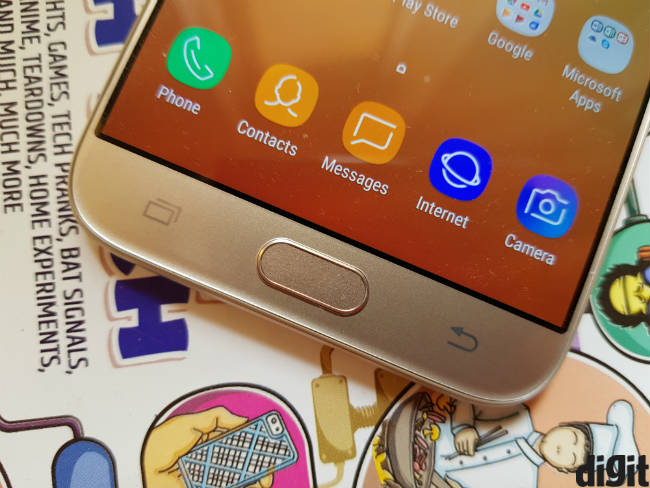 It can look odd to some, but I must confess that I personally do like it. There’s also a oval camera plus flash module on the back that looks unique and nice. And all of this when combined with the unibody metallic design makes for one good looking smartphone. It has the familiar rounded corners of Samsung phones and slightly curved rear edges. The aluminium feels thick, sturdy and anodized. It might take bumps if you drop it, but should protect internal hardware easily. The Galaxy J7 Pro isn’t a perfectly ergonomic phone, but it’s easier to use than most of its competition.

Lastly, Samsung has trimmed the bezels to some extent, although this doesn’t have the tall form factor of 18:9 phones. I suspect it will be some time before Samsung brings one of those in the budget range. Yet, the Galaxy J7 Pro is a uniquely designed, attractive and sturdy phone. If design was the sole criteria, this is certainly one of my top choices. 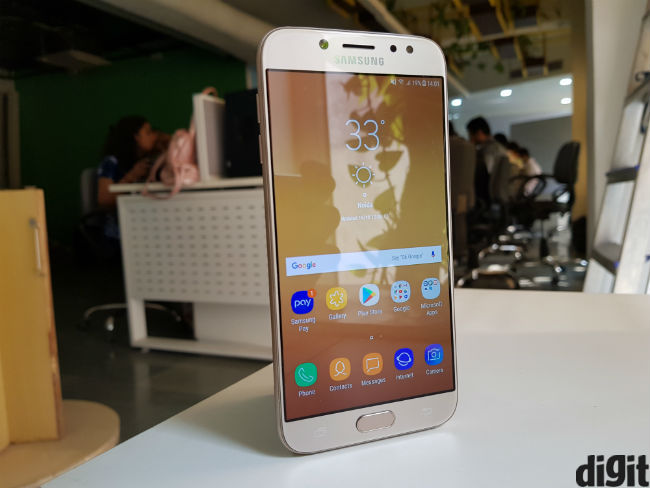 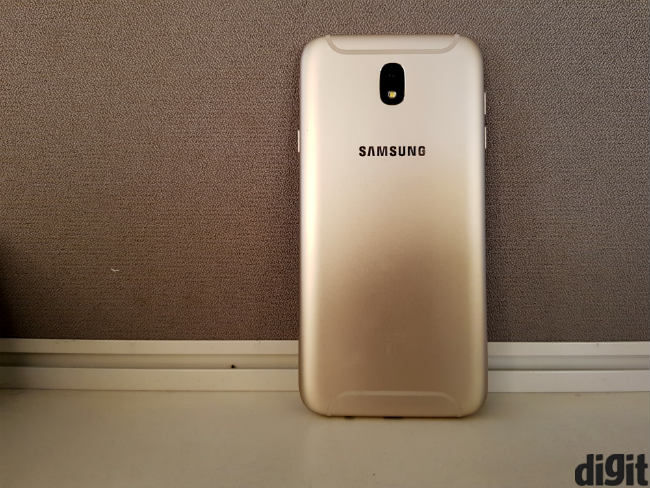 When I travel in public transport, I often find people watching TV Shows, movies and videos on their phones. For that, you need a high resolution display with good viewing angles and good colour reproduction. Samsung achieves all that with its 1080p sAMOLED panel here. Unless you’re a purist, the slightly oversaturated (some call it vivid) colours do look inviting, while viewing angles would accommodate you and a few of your friends.

If you’re streaming, Netflix and Amazon Prime’s high resolution content look excellent on this display. What’s more satisfying is that Samsung’s display is good at managing sunlight and regular outdoor viewing well. While most budget displays pass this test nowadays, Samsung’s AMOLED panel is better at it than most others. You won’t have to squint, or even shield the display with your hands. In my experience, that’s a characteristic of flagship-class devices. Most budget phones are categorised as “just fine” when it comes to outdoor viewing. The display on the Galaxy J7 Pro is bright, vivid and premium, and it’s certainly more advanced than the TFT panel on the Galaxy J7 Pro.

I’m skipping the software part here, since I’ll just be repeating everything I wrote in the Galaxy J7 Max review. You get Samsung’s new social camera feature and the full version of Samsung Pay (the J7 Max has Samsung Pay Mini). The phone is obviously NFC-enabled, so you can use Samsung Pay to make contactless payments with this phone. It’s one of the few budget phones that have the feature, and though it’s hardly usable right now, it makes the phone future facing. I’ve been using the Galaxy S8+ and Note 8 for almost half a year now, but I’ve had only two opportunities to use Samsung Pay in my day-to-day activities.

This is where things get tricky. The Galaxy J7 Pro has 64GB storage, which is plenty for almost everyone. That said, to provide that storage and some of the other specs, Samsung has compromised raw speed. The Exynos 7870 chipset on this one is an octa-core chipset with eight Cortex A53 cores, clocked at 1.6GHz. It also has 3GB RAM and all this doesn’t impress, neither on paper, nor practically.

The phone’s performance is enough for day-to-day stuff, but you can feel the sloth here. For instance, the fingerprint sensor takes a noticeable moment to register, while apps will also take slightly longer to load. The phone doesn’t qualify as snappy, though it will certainly do the job. Samsung uses lower bandwidth memory here, which does make a noticeable difference. 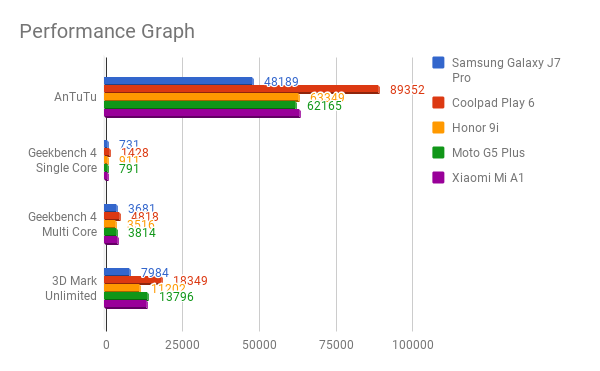 Overall, the Galaxy J7 Pro will not disappoint right away, but you can expect it to slow down after a few months. To be clear, that’s true for most Android phones, just that this one starts off slower than its competitors, hence its expected longevity is also shorter. If you’ve read the Galaxy J7 Pro review, you would know that that’s what I said about the Galaxy J7 Max as well.

Camera: Has its moments, but lacks dependability...

Performance isn’t the only similarity between the Galaxy J7 Pro and J7 Max. The phone has the same 13MP camera with Samsung’s own ISOCELL sensor and f/1.7 aperture. In fact, image quality here is identical to what we’ve seen on the J7 Pro. Which means this phone is amongst the best camera phones you can buy.

The Samsung Galaxy On Max is our favourite low light shooter in the budget segment today, and the J7 Pro is at par with it. It shoots good details in well lit conditions and white balance is quite good as well. Photos are bright when shooting in low light, but soft in some ways, with loss in details. All in all though, irrespective of the conditions, the Galaxy J7 Pro will certainly take photos adequate for social sharing. 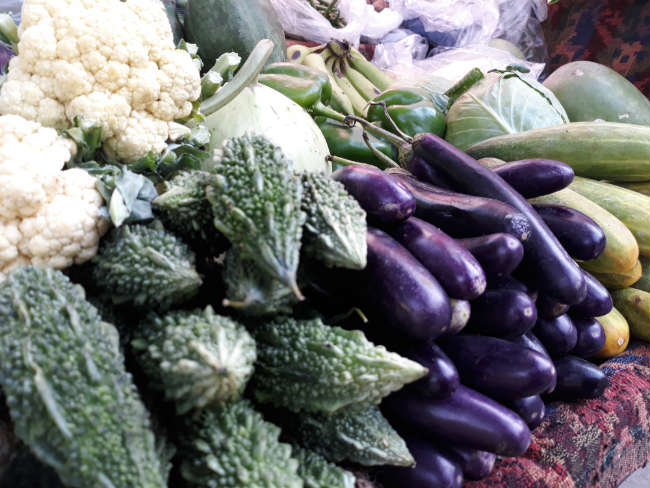 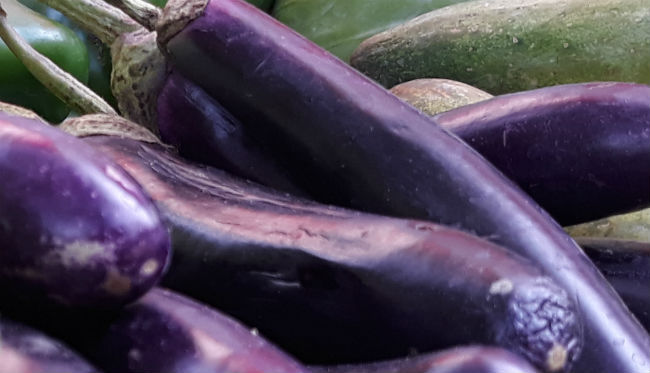 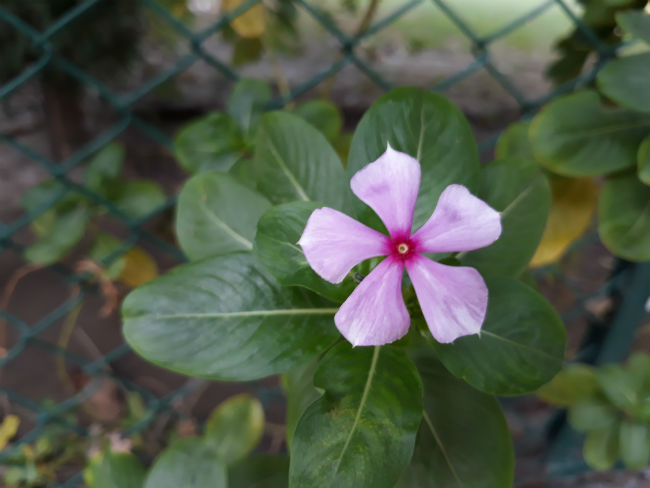 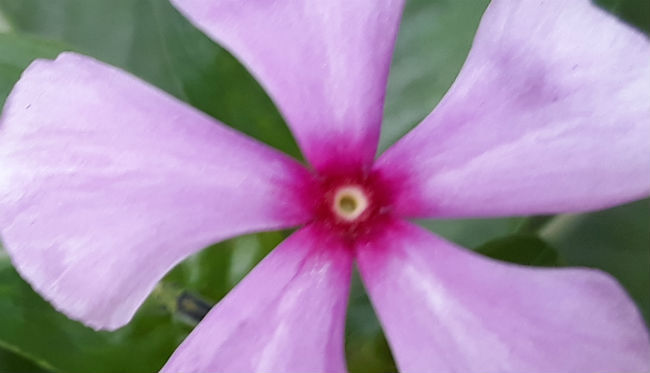 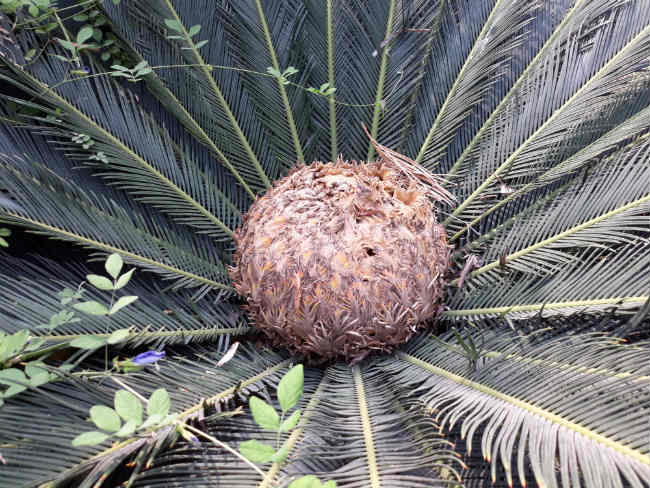 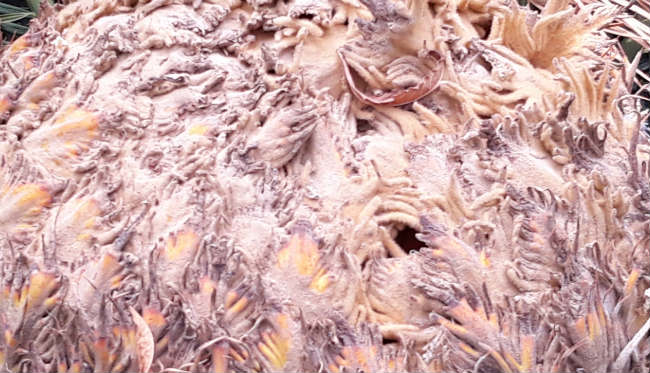 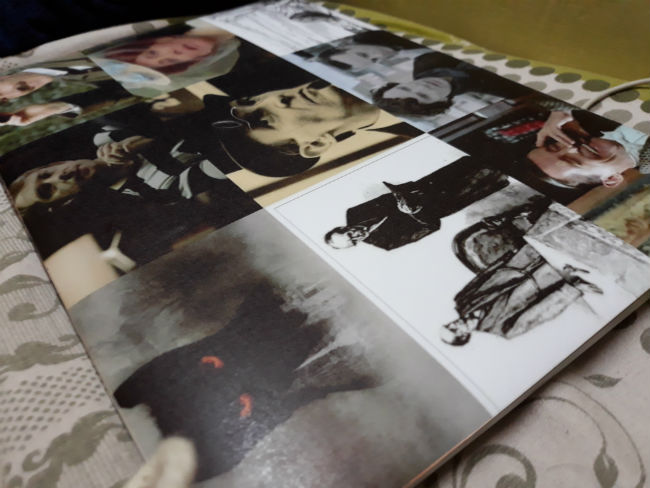 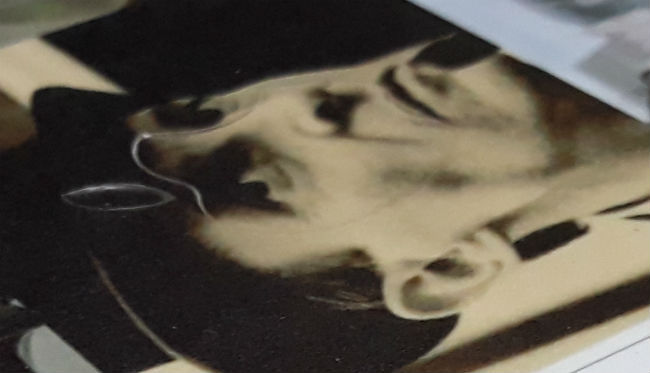 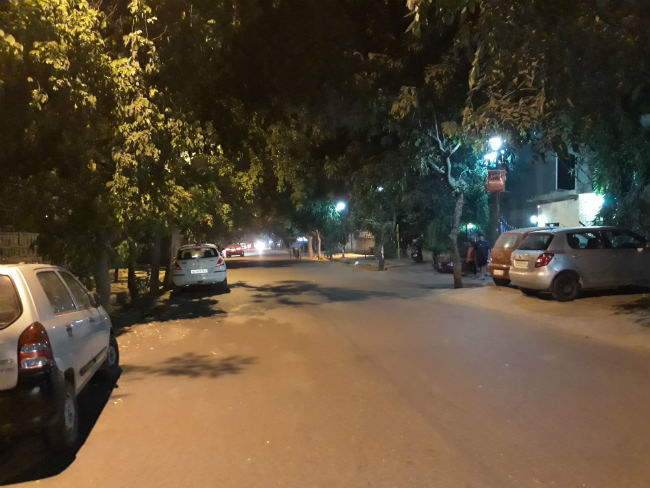 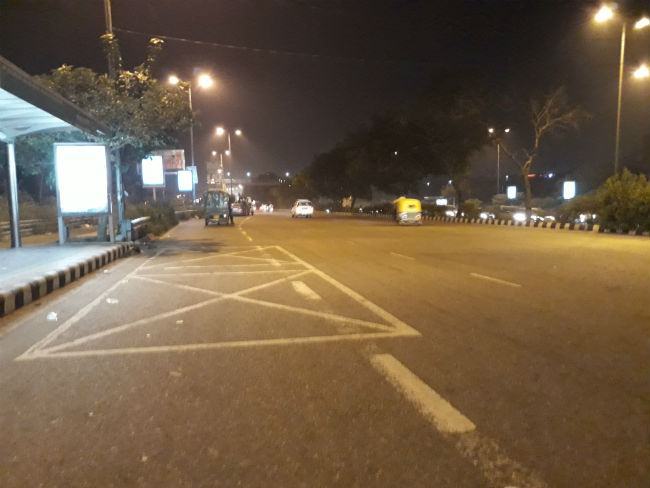 That said, the phone does take too long to focus, especially in low light. In fact, it sometimes completely failed to focus while shooting at night. That makes it difficult to depend on this camera and you may end up with blurry photos sometimes. 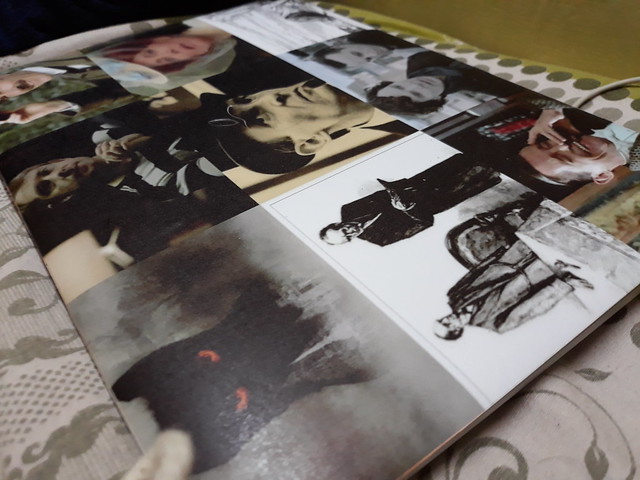 Battery: Amongst the best...

I started off this review by informing you that there’s a bigger battery on this phone. The Galaxy J7 Pro has a 3600 mAh battery that easily lasts more than a day. The PC Mark battery test takes 14 hours and 39 minutes to drop the battery from 80% to 20%. That’s amongst the highest you will find amongst budget phones today. 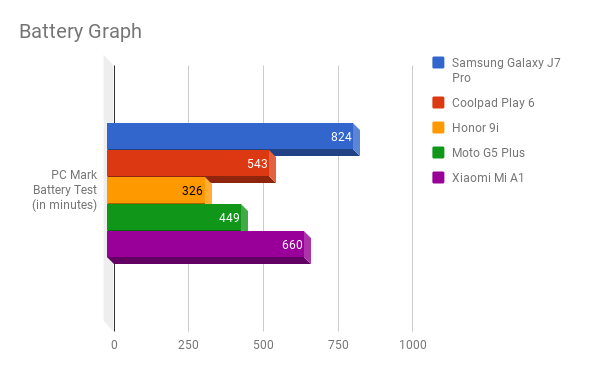 On regular usage, you can easily expect 16-18 hours on each charge. The the current (2017) crop of mid-ranged or budget phones, this is certainly amongst the best battery performers we have seen.

To sum up, the Galaxy J7 Pro has excellent battery life, an above average camera, pretty display and it’s well built. That would make a pretty good smartphone to buy, if it wasn’t priced at the absolute high-end of the budget range. The J7 Pro is priced at Rs. 20,990, that doesn’t really make it a value for money phone.

If Samsung had nailed the performance (like it did on the Galaxy C9 Pro), this could have been the best phone at this price.

How it compares: Not the best, but almost there...

I said the Galaxy J7 Pro is not particularly a value for money device. That’s because you can spend just about Rs. 4000 more to buy the OnePlus 3T (review), which is much more powerful and has a more dependable camera. If you want to stick to your budget, phones like the Moto G5 Plus (review) can give you almost everything this one can.

While the Galaxy J7 Pro has a good camera, it’s not particularly dependable. It’s well designed, but so is the Moto G5S Plus (review). It’s good looking too, but then again, so is the LG Q6 (review). Essentially, what I’m saying is that while the Galaxy J7 Pro is certainly a good phone, it’s not the best value for money. If you want Samsung’s brand name, excellent battery life, a decent camera and a good display, you should certainly consider this phone.