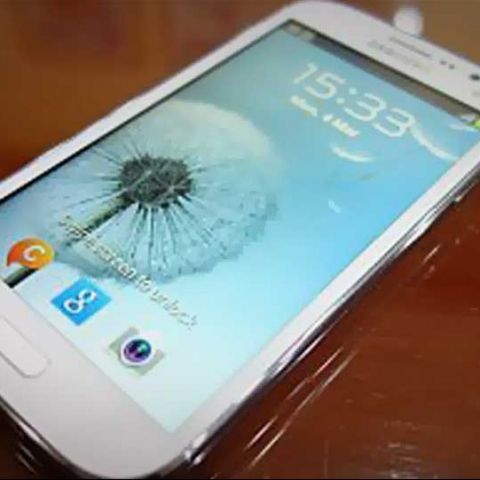 It is hard to recommend the Galaxy Grand Duos for the price you pay. You have the Micromax Canvas HD A116 which as better specifications that the Galaxy Grand Duos at a cheaper price. On the other hand, with the Grand Duos, you not only get a slew of Samsung apps such as multi-window, Smart Stay and more, but also better after sales service. Not to mention the TouchWiz UI. The Canvas HD has a better display than the Grand Duos. If you are on a budget, we say take a look at the Canvas HD before making your purchase decision. If a dual-SIM premium device is what you are looking for, then you can take a look at the HTC Desire SV alongside the Galaxy Grand Duos before making your purchase decision.

The Rs. 20,000 price point can be considered ideal for those that not only want a good smartphone but also don’t want the label “budget” attached to their device. For Rs. 20k users have access to quite a few good smartphones, such as the LG Optimus L9, HTC Desire SV, Sony Xperia P and more.

The Samsung Galaxy Grand I9082 (also known as the Galaxy Grand Duos) brings some unique features to the tablet such as dual-SIM, and multi screen mode – a feature found on the S III and the Note II. Samsung is a pioneer in the 5-inch phablet market, with the success of the Galaxy Note and Note II models. Samsung’s Galaxy Grand Duos definitely does have a difficult job providing comparable performance in the more affordable segment.

From a distance, you could easily mistake the Samsung Galaxy Grand Duos to be the Samsung Galaxy S III. It has the same form factor with the only difference being the larger display. You have the standard ambient light sensor and the front facing camera above the display and the traditional physical home button and the capacitive menu and back buttons below the display. Around the display you have the same white finish we have come to love from the Galaxy S III.

Turn the Samsung Galaxy Grand Duos around and you have a simple glossy white plastic back. The camera, LED flash and the speaker grill all rest neatly next to each other in a uniform line. The rest of the back is as simple as simple can be and we really like that.

The left of the Samsung Galaxy Grand Duos has the volume rocker whereas the right has the power button. Both the rocker and the power button are conveniently placed for single hand use and this dorm of button layout seems like its becoming an industry standard as we have seen this with virtually every 5-inch smartphone in the market. The bottom of the device has the microUSB port and the top houses the headphones jack.

Rip out the rear panel of the Samsung Galaxy Grand Duos and that is when you will realise how plasticky it feels. Below the rear panel you have the 2100mAh battery. This is also where we have the slots for the two SIM cards and the microSD card.

Overall, the Galaxy Grand Duos stays true to the design tradition of the Galaxy family and that isn’t a bad thing. Why fix something that isn’t broken, right? The smartphone is comfortable to hold in one hand but dual handed operation is what it is designed for. It may appear slightly wider than other 5-inch phablet available in the market but that isn’t the case.

In terms of specifications, the Samsung Galaxy Grand Duos has a Broadcom SoC, the same one found on the Samsung Galaxy S II Plus. It has a dual-core 1.2GHz processor along with 1GB of RAM. The 5-inch display has a 480x800 pixel resolution giving it a pixel density of 187 ppi. The device is 9.6mm thin and weighs a mere 162 grams. It has 8GB built-in storage expandable up to 64GB via a microSD card. The rear houses an 8MP camera and the front has a 2MP camera for video calls. It also has Bluetooth 4.0. The device runs on Android 4.1.2 Jelly Bean. As mentioned earlier, the Grand has a 2100mAh battery.

The Samsung Galaxy Grand Duos’ specifications on paper aren’t the best, and we have seen phablets in the sub-Rs. 15k price point, like the Micromax A116 Canvas HD, boast of better specifications under the hood.

One of the advantages of owning a Samsung device is the TouchWiz UI. TouchWiz is one of the better UI skins for Android available in the market. It brings with it a slew of features and customization options for the users. Apart from the Google Play store, users also have access to Samsung’s own app store on the device. Users also get free 50GB of Dropbox cloud storage with the device.

Samsung apps such as S Voice, Smart Stay (the display won't go to sleep if it knows that you are reading), All Share, Chat On and more are also present on the device.
With the Galaxy Grand, Samsung has introduced a service called My Service. My Service gives users access to My Movies (a library of more than 2000 movies), My Music (3 lakh songs in collaboration with Hungama), My Education (1200 text books, 60 video books and 150 assignment papers based on the CBSE board) and My Mobile TV (100 live TV channels).

The specifications of the Galaxy Grand Duos may not be something to write home about, but the abundant add-on features that you get with the phablet definitely are.

A quality build is something that we have come to expect from Samsung, and with the Grand Duos being a Rs. 20,000 device, our performance expectations from it are pretty high as well. Does it deliver on this front? We find out!

For the benchmark comparison, we pitch the Galaxy Grand against the LG Optimus L9, HTC Desire X, Micromax A116 Canvas HD and the Lenovo IdeaPhone S880. Below are the benchmark results.

With its dual-core processor and 1GB of RAM, the Samsung Galaxy Grand Duos has pretty good benchmark scores. It has the best scores when compared to the competition in the Browsermark, Quadrant, Nenamark and GLBenchmark tests, but loses out to the Micromax Canvas HD in AnTuTu and SmartBench.

The Galaxy Grand Duos’ display isn’t the best that we have seen, but it is better than most budget 5-inch smartphones. The Micromax A116 Canvas HD however is an exception, and features a better display overall. Getting back to the Galaxy Grand’s display, the videos look crisp and vibrant on it. We ran a bunch of videos on it and they all ran very smoothly. The viewing angles are great, and the black levels are deep. The one problem we faced while watching the videos is that the colour representation has a yellow tinge to it making the colours look a bit off.

Where the display really shines is in the quality of the touchscreen. It has a great feel while typing and swiping on the display. The keyboard on the Galaxy Grand Duos is quite comfortable to type on and has the familiar Samsung feel to it. You have the QWERTY keypad layout with the numbers 0 to 9 above it for easy access. You also have swipe to type straight out of the box. It also supports gesture recognition.

The Galaxy Grand Duos has an 8MP camera with an LED flash. The interface is standard Samsung and there is zero shutter lag on the device. The images clicked in camera of the Grand are quite good especially in daylight and well-lit conditions. Even in low light conditions, the images from the Grand are quite good courtesy the flash. Here are some sample images from the camera of the Galaxy Grand Duos.

The battery life on the Galaxy Grand Duos is 2100mAh and has enough juice to last for more than a day is used sparingly. If you are one who uses you device a lot for making calls, social networking and texting, you can make it through the day with this device.

It is hard to recommend the Galaxy Grand Duos for the price you pay. You have the Micromax Canvas HD A116 which as better specifications that the Galaxy Grand Duos at a cheaper price. On the other hand, with the Grand Duos, you not only get a slew of Samsung apps such as multi-window, Smart Stay and more, but also better after sales service. Not to mention the TouchWiz UI. The Canvas HD has a better display than the Grand Duos. If you are on a budget, we say take a look at the Canvas HD before making your purchase decision. If a dual-SIM premium device is what you are looking for, then you can take a look at the HTC Desire SV alongside the Galaxy Grand Duos before making your purchase decision.