The Microsoft Lumia 730 does the job that it was built for very well and then some. The phone is not the best that you can expect, but it is still one of the better Lumia devices that you can buy right now. It has good cameras on the front and back and will fit users who use their phones for basic mails, social networking and of course, selfies.

This one’s nostalgic. One of the last phones by Nokia also ranks among its best under the Lumia brand. If the Lumia 1020 had the best smartphone camera and the Lumia 520 was Nokia getting the budget line right, then the Lumia 730 is Nokia getting as close to the perfect mid-range phone as it could have.

The Lumia 730 is an amalgamation of almost every Lumia smartphone till date and even though it is tagged as the ‘Selfie’ phone, there’s more to it than just that. So here’s what we thought of one of the last phones that Nokia built. 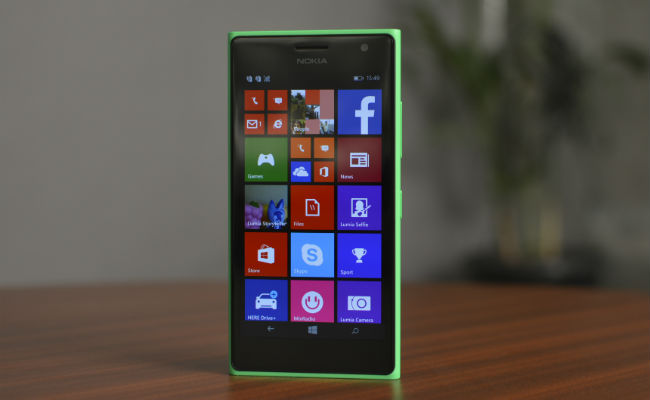 The overall build and design of the Lumia 730 screams Nokia, with the minimalistic yet sturdy design. The green coloured matte finish unit is very green, which has been a trademark of the Lumia line since its launch. Carry this phone around with you and heads will turn, for whatever reason. 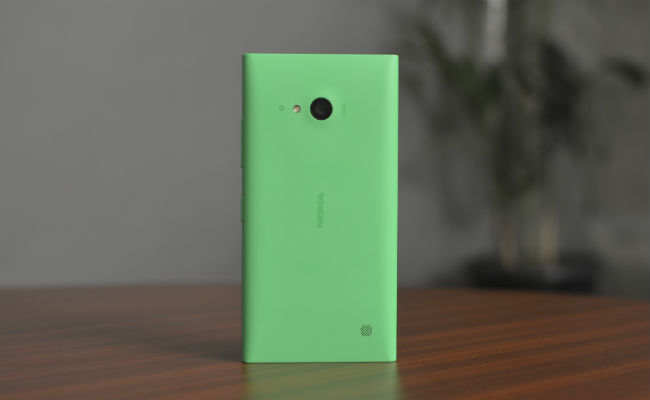 They got the size right too. The 4.7 inch display makes this just the right size to carry around with you and the rounded sides along with the flawless finishing gives it a sturdy feel. Add to that the lightness of the phone, which, at 130 grams, never feels bulky and while there are lighter phones out there, almost none of them lie in this range. 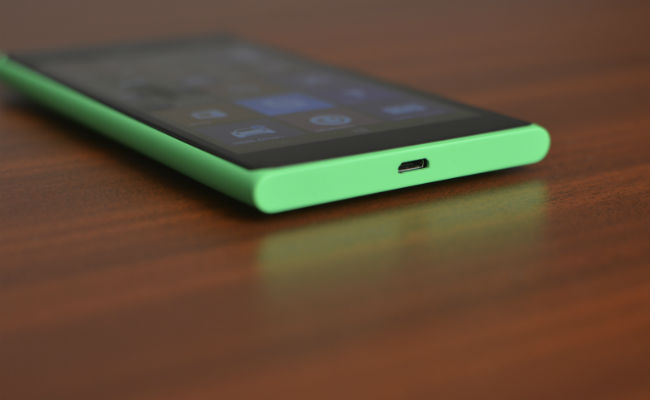 The only qualms we really had was the speaker grill at the back. Firstly, it’s at the back, which means it gets muffled when kept on various surfaces. Secondly and more importantly, there’s almost no bass in the speakers, meaning it’s only loud and you will always have to use your headphones for music.

Remember the low resolution of the Lumia 720 before this? Goodbye to that. The Lumia 730 has a 720p HD display, which is amazingly bright. In fact, it's so bright that you’ll never ever have a problem using this under sunlight. On the flipside, you’ll most likely not use the ‘light’ (white) background that Windows Phone devices allow.

The colours on the display are vibrant and viewing angles are also good. The only thing you may complain about is that the Moto G (2nd Gen) has a bigger screen with the same resolution, except that the Lumia 730 definitely has a better display in terms of both sunlight visibility and colour reproduction. The cherry on the cake is the Corning Gorilla Glass 3, which adds its trademark premium touch to the screen while making it stronger as well.

For a long time both Microsoft and Nokia were adamant about the fact that Windows doesn’t require a lot of RAM. Well, they got rid of that, thank god for that. The Lumia 730 has 1 GB of RAM and that gives it a huge edge in terms of the performance. This, accompanied by the 1.2 GHz quad-core SoC, makes it the Moto G of the Windows Phone universe.

Don’t get me wrong. Resource intensive games like Asphalt 8 still show some lags and stutters, but the phone works just fine on simpler games like Temple Run. Also, app load times were a little more than what we would have liked. General scrolling on the phone is smooth enough, but if only that were enough.

That said, the Lumia 730 is still better than many other Lumia devices that we’ve seen before. It still pales in comparison to many Android devices, but is one of the best that Windows has to offer right now.

We’ve already done a detailed analysis of the Lumia 730’s selfie camera by pitting it against the Galaxy Note 4, which leaves only the rear shooter. This is almost exactly the same camera that you had on the Lumia 720 and its imaging capabilities are also exactly the same.

The addition here though is the Nokia Camera app (Lumia Camera now), which gives you a lot of control over the camera. The app makes up for a lot of the drawbacks of the camera. Here are some sample images from the rear camera.

In addition, the Lumia 730 comes with the Lumia Selfie app for the front camera. This one was somewhat of a disappointment. Like the Nokia Camera app, the device takes a little too much time to process images. Moreover, the Lumia Selfie app's ‘take selfies using rear camera’ feature falters under low light sometimes. The camera seems to be unable to find your face and refuses to beep. In addition, it gives you no control over the image that you’re taking, leaving everything to post production.

The 2200 mAh battery on this device will easily get you through the day on regular usage. During our testing that included going through emails, quite a few phone calls and a lot of social networking, it got us through the day with enough battery to spare for a few more hours. Even with some more rigorous usage, the battery gave us about 10 hours easily. In our standard battery test, the Lumia 730 lasted just over 11 hours.

Nokia has also added the wireless charging feature to this device, adding one more element to the feature set. If you happen to have a compatible Qi Wireless charger, then you won't need cables to charge this phone.

In order to buy the Lumia 730 you have to first like the Windows Phone ecosystem. If you don’t then this one or any other Windows device is already out of question. Regardless, if you happen to have no OS preference and are a selfie lover, then this is the best selfie phone on a budget that you can find right now.

In addition, if you want something within the 15-16k range and use your phone for basic usage like working with emails, social networking etc. then the Lumia 730 makes for a very good choice. On the other hand, if you’re looking for the best performer in this range then this isn’t it and an Android phone, like the Moto G (2nd Gen) is what you're looking for. It is the best performer in the Windows Phone universe though.

If you like Windows and have a budget of about 15k, then the Lumia 730 is your best bet. On the other hand if you want a phone in this range that has good cameras at both ends, then go ahead and buy this. You will have to give up on Android's huge app ecosystem though. The Lumia 730 is a well built phone that has good cameras, but lacks the performance of Android devices. It is still one of the best that Windows can offer though.