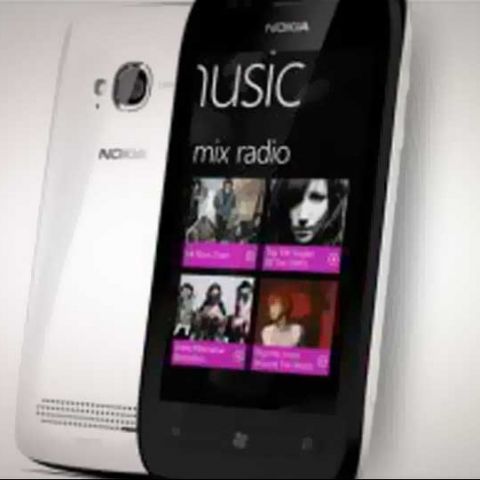 Is it just us? Or is any phone with Windows Phone Mango on board just turning out to be amazing? The Nokia Lumia 710 is another example. It takes on the Samsung Omnia W, with literally identical specs and performance. The final decision could quite literally boil down to which one you like more than the other!

If the Nokia Lumia 800 was an indicator of what Nokia plans to do with its Windows Phone Mango devices, then the future shall be certainly bright. The Nokia Lumia 710 is targeted at the consumer, who doesn’t wish to spend above Rs 20,000 on a phone, but would love to have a device that feels premium.

Straightaway, you know that the Nokia Lumia 800 is thicker and heavier than the Samsung Omnia W. But that doesn’t take away the fact that the build quality has a premium feel to it. It doesn’t have the unibody design of the Nokia Lumia 800, but the more conventional one - remove back panel to access battery. Three hardware keys - Return, Windows and Search, accompany the 3.7-inch display. There is a choice of two colours - black and white, but you can get a lot of colours for the battery cover.

Flip the phone over and there is the 5MP camera with flash towards the top, and the hands-free speaker towards the bottom. The volume rocker and the camera key are on the right side panel, while the 3.5mm headphone jack is on the top along with the power key and the micro USB slot.

While the Nokia Lumia 710 does feel slightly heavy and bulky in the company of the Omnia W, the build quality is fantastic. The plastic used is high quality, and we didn’t feel any extra depression or rough edges at all.

The Nokia Lumia 710 has the same hardware specs as the Samsung Omnia W. The Qualcomm Snapdragon MSM8255 Snapdragon processor clocking at 1.4GHz powers it, and is paired with 512MB RAM. The performance of Windows Phone 7.5 (Mango) on this hardware was excellent when we reviewed the Omnia W, and is similarly brilliant now that we are reviewing the Lumia 710. Probably one of the benefits of not allowing extra customization on the phones, something Android is besieged with.

Windows Phone OS’s Metro UI is possibly the most interesting. On the home screen, you have a bunch of tiles, some of which have live animations on them. This can be completely modified as per your requirement. To see all apps, just flick open the screen on the right. Now you can vertically scroll through all the apps that are installed on the phone. Very limited in terms of how much you can personalize the UI though - re-arrange tiles, change accent colour and the colour of the background and change lock-screen image.

The 5MP camera is nothing to be very proud about. It takes decent images when the lighting is akin to a sunny day, and noisy images when it becomes slightly darker. Even on a sunny day, pictures do lack a distinct amount of sharpness. The ability to take 720p HD videos seems more like something designed for the spec sheets, than for actual performance!

If the iOS has Apple’s iPod feature built-in, this one has Microsoft’s Zune. And we still haven’t seen a more beautiful presentation of the music collection on any portable device till now!

Surprisingly, the Nokia Lumia 710 has a smaller battery than the Omnia W. And it shows - this one will completely discharge in just over a day, under medium-heavy use.

The Lumia 710, more so when considering the price, should be on your shortlist if you are considering a Windows Phone 7 umm…phone. It is neck and neck with the Samsung Omnia W in terms of overall performance. The Omnia W is lighter and slimmer than the 710. Not to be outdone, the 710 responds with much better display than the Omnia. As we said, it is a tough choice, and may ultimately boil down to your preference of the design, brand, colour etc.!