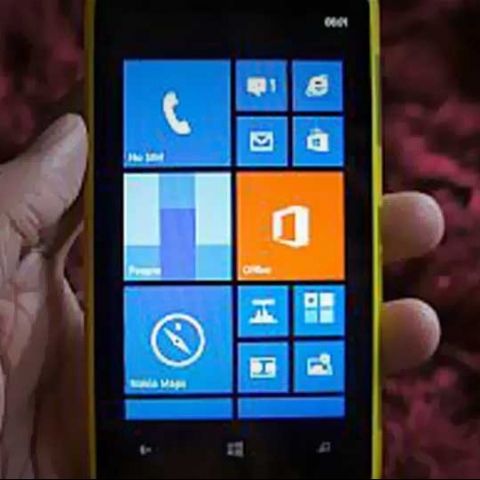 What we like about the affordable Nokia Lumia 620 is the build quality and the premium materials used, smooth performance, surprisingly competent camera and a whole bunch of apps that add value for a certain demographic of users. However, there are the compromises. Display is a tad too small if you prefer bigger sized displays, and the on-screen keyboard is just too cramped. The small battery may be a handicap for anything more than medium usage as a primary phone. All in all, the choice between this and the HTC WP8S will come down to which one you prefer more in terms of looks and brand name.

The Lumia 620 is the affordable Lumia, and attempts to take Microsoft’s latest smartphone OS (Windows Phone 8) to the masses. It, just like Lumia 520, exists to help Nokia find some traction in the market, something it had lost considerably over the last few years. The importance of the affordable Lumia smartphones should not be lost on the company, since these will be the major bread earners, while the more expensive and flashy versions are good to keep the excitement alive.

Build & Design
The Nokia Lumia 620 is available in six colours – Yellow, Green, Magenta, Cyan, White and the more conventional Black. But then again, even if you are unable to find your favourite colour in stores, you can always buy snap on covers, and change the look with that. The 620 has a look that matches the identity that Nokia is attempting to create for this range of Lumia phones – rounded edges, curved spines, clean back, attractive colours and minimalism in the elements.

The Lumia 620 also has a removable back cover. While the use of materials and the way the colours look is good, there is a bit of an issue. The cover takes some effort in opening, but that is not the big problem. The opening mechanism, in the garb of minimalism and faux unibody, has been relegated to the background. What you get is an assault on your nails, irrespective of your gender! This is an issue we had pointed out with the Nokia Lumia 820 as well.

Apart from this niggle, the Lumia 620 does well on the build and design aspects. Because of the 3.8-inch display, it fits well in the hand. The curved spines help in gripping the phone. The display is accompanied by three touch sensitive keys – return, Start/home and search. The right spine has the volume rocker, the power key and the camera key, all highlighted by the black colour. The left spine is completely clean. The top has the 3.5mm headphone jack, while the bottom has the microUSB port. On the back are the 5MP camera and the flash towards the top, in their little island design. The problem with the camera placement is that your finger will always touch the lens when you are normally holding the phone for single hand use. Bottom right has a small circle, and that is the hands free speaker.

While a lot of phones are now deploying the “cascade” design for where the display end and meets the sides, the Lumia 620 brings some rather intrusive “boundaries”. Swipe across the screen, and you finger scrapes against it on either side every time.

Features & Specifications
The Nokia Lumia 620 is essentially taking on the HTC WP8S, at least as far as the spec sheet is concerned. Both phones are powered by the 1GHz dual core Qualcomm Snapdragon S4 processor, both have 512MB of RAM, and both offer expandable storage via the microSD card slot route. The lack of expandable storage was a major drawback with the previous generation Windows Phone smartphones. But that is where the similarities end.

Speaking of the Lumia 620’s display, we find that the 3.8-inch size is honestly a tad too small for anyone who has upgraded from the level of being a basic user. While there are the inherent advantages of allowing a compact form factor, it does bring about problems like a cramped on-screen keyboard and uncomfortable web browsing experience. The keyboard is very cramped, both horizontally and vertically, and typing even a basic SMS is a bit of a task. Maybe, personally, I am used to a 4-inch screen size, but I believe that this is a trade-off that should not have happened in the first place. The quality of the display is rather good though, and the deep black levels do help the other colours look richer. Text is rendered very well, and readability is a tad better than on the WP8S.

Both phones have a 5MP camera, but the Lumia 620 has the added advantage of getting some the features seen in the higher-end Lumia phones. Within the camera application, you can access “lens” like Panorama, Cinemagraph and Smart Shoot. This clicker can record 720p HD videos. But, there is no doubt that the Lumia has the advantage in terms of the camera features and specs over the HTC 8S, because of the add-on features.

The Lumia 620 comes preloaded with a bunch of Nokia apps – Nokia Care, City Lens augmented reality app, Nokia Maps, Drive and Nokia Music. The Music app now has a library of over 5 million tracks, DRM free, and lets you download unlimited music for one year. The music downloaded from Nokia Music store is playable on other devices as well, and that is a good deal in itself. Microsoft Office’s full suite is on the device as well, in line with the rest of the Windows Phonr 8 smartphones. For those who cannot get through a day without Angry Birds, the Angry Birds Roost game is preloaded on the device.

The Lumia 620 has NFC, something that makes this compatible with all the NFC accessories and speakers that are being touted around by Nokia.

Performance
For starters, the dual-core 1GHz processor paired with 512MB of RAM should provide enough grunt for good performance. The HTC WP8S has similar specs, and we find the real world usage performance between the two as fairly similar. Apps take a similar time to open, and that is fairly acceptable. While this processor package will not set the world alight, it will definitely feel adequate if you are upgrading from a phone less powerful, or shifting sideways from Android to Windows Phone.

To put things in perspective, and for a better like for like comparison, we have pitted this against the HTC WP8S in a series of benchmark tests. While the numbers may not mean much in a real world usage scenario where comfort of use and your personal preference does take precedence, the pedantic readers would appreciate a comparative test.

What the benchmarks illustrate is how close the two are in terms of performance. The Lumia 620 however is surprisingly inferior to the HTC WP8S in the browser test. The 620 does well in the AnTuTu benchmark test, and is a bit ahead of the WP8S in the Multibench CPU test. The WP8S again leads in the WP Bench test score.

Battery backup expectancy is where the Lumia 620 takes a serious beating. Nokia has packed in a 1300mAh battery, while the HTC WP8S has a 1700mAh battery. The 8S barely got through a day as a primary phone, and unless you are very careful about the usage on the Lumia 620 and the display usage and brightness, you will find it tough to get this through even a single day with 3G connected and mails and social networks syncing in the background. It is unfortunate that this is the aspect that somewhat spoils the otherwise very capable package.

Camera quality for an affordable smartphone is rather acceptable. Landscape shots have a fair amount of detail, but tend to look a tad soft near the edges. Any moving objects, like the cars in the shots, tend to look slightly (going up to the level of fairly) blurred, depending on how quickly they are moving across the frame. The real surprise is the close up shot of the Beats Audio logo on the laptop. Text on the keys looks fairly sharp, but the real surprise is the amount of detailing – every speck of dust is visible! All those little trade-offs are more than acceptable, considering the kind of quality that is on offer, at this price point.

Bottom Line
What we like about the affordable Nokia Lumia 620 is the build quality and the premium materials used, smooth performance, surprisingly competent camera and a whole bunch of apps that add value for a certain demographic of users. However, there are the compromises. Display is a tad too small if you prefer bigger sized displays, and the on-screen keyboard is just too cramped. The small battery may be a handicap for anything more than medium usage as a primary phone. All in all, the choice between this and the HTC WP8S will come down to which one you prefer more in terms of looks and brand name.