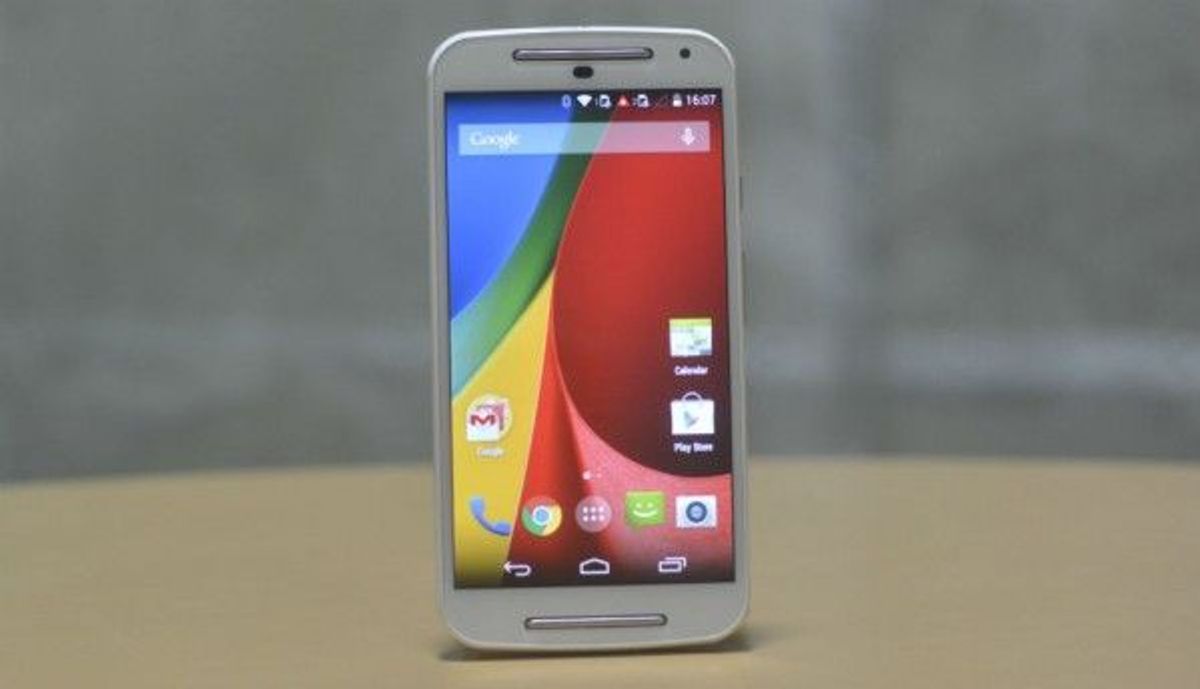 The Moto G (2nd Gen) is a very good smartphone, but it is no longer the best in class. The competition it faces is much tougher than its predecessor and the Xiaomi Mi3 and Micromax Canvas Nitro both perform better than this device, while the Asus Zenfone 5 is another option to choose from. The only thing the new Moto G has over these devices is brand recognition. It does give good value for your money.

If you head on over to the Moto G (2nd Gen) page on Flipkart and read the specifications, you’ll wonder why Motorola launched this device. This is something you realise only after you have the phone in your hand. In fact, this is something that I said in my first impressions of the device as well. The new Moto G is better than the older version. While more changes would have been welcome, but Motorola seems to have gone with the safer proposition to keep the price lower.

The new Moto G has a 5 inch display along with the same polycarbonate back that the original had. The phone looks like a larger version of the original and it is, but Motorola has made this one more like the original Moto X. The new phone is slimmer and doesn't feel very heavy. In addition, it also has thinner bezels, which further cuts down on the size. The device could easily have been a lot bigger and cumbersome to use, but the new Moto G is quite comfortable in the hand and in the pocket. It looks distinctly like the original Moto X from the back. 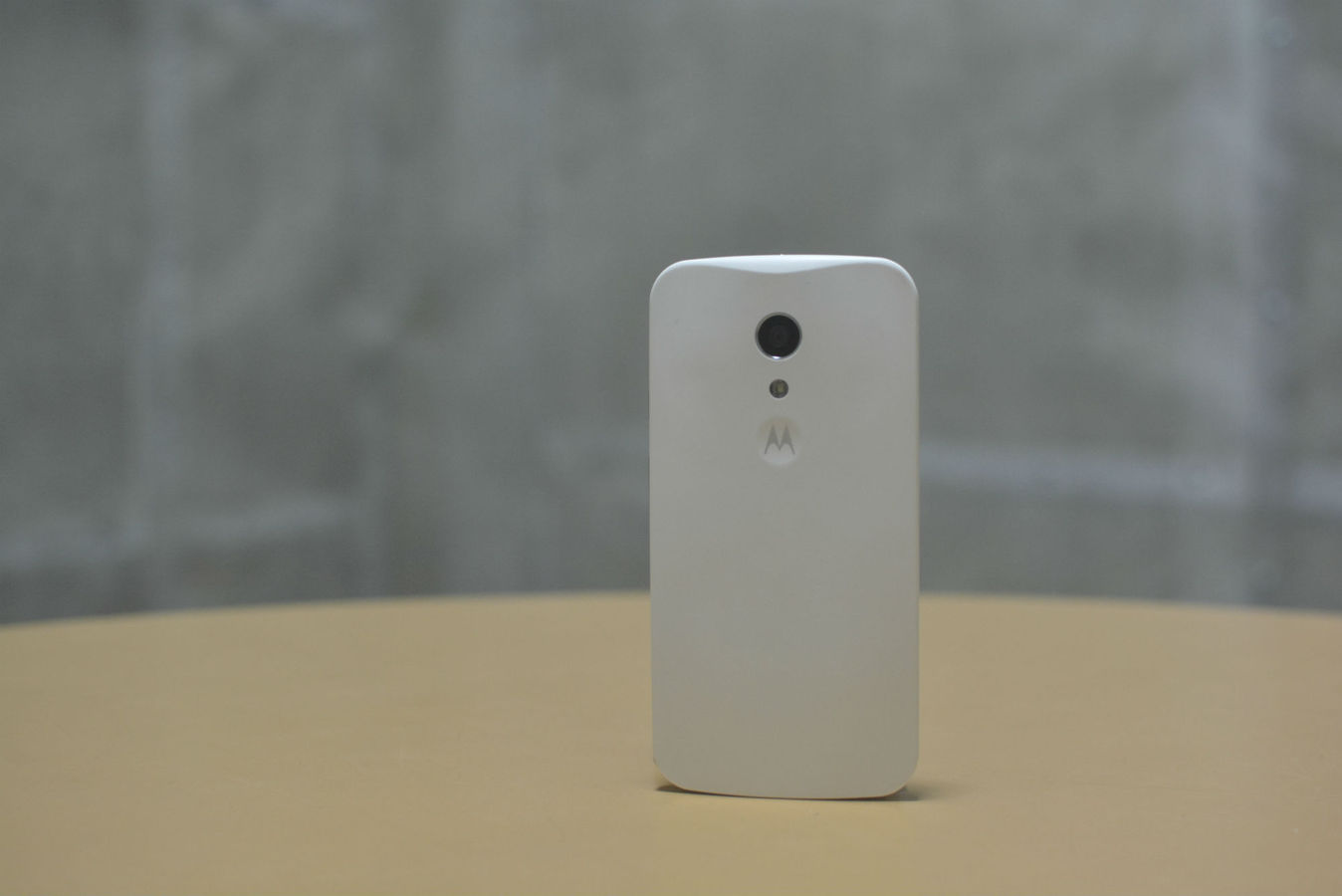 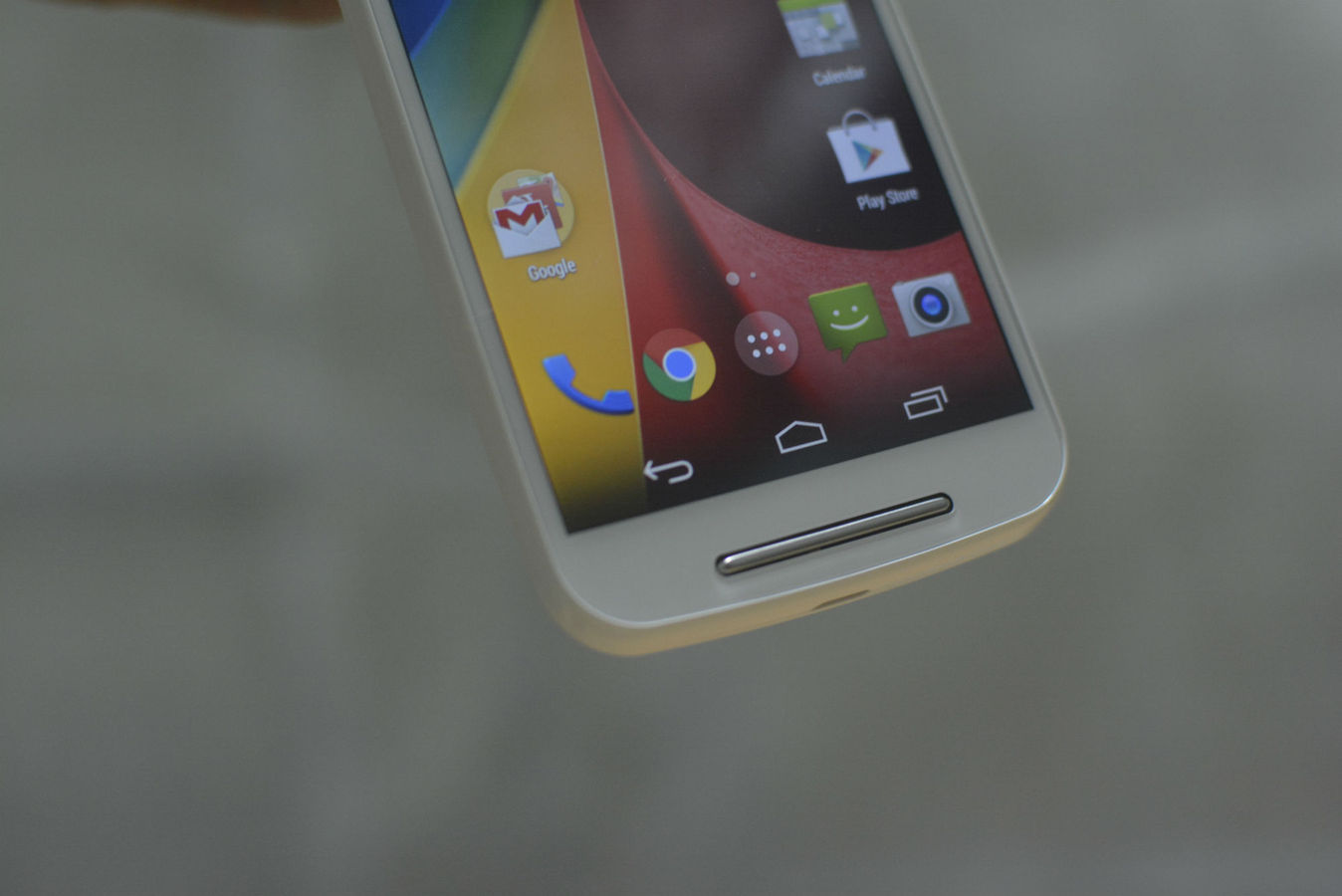 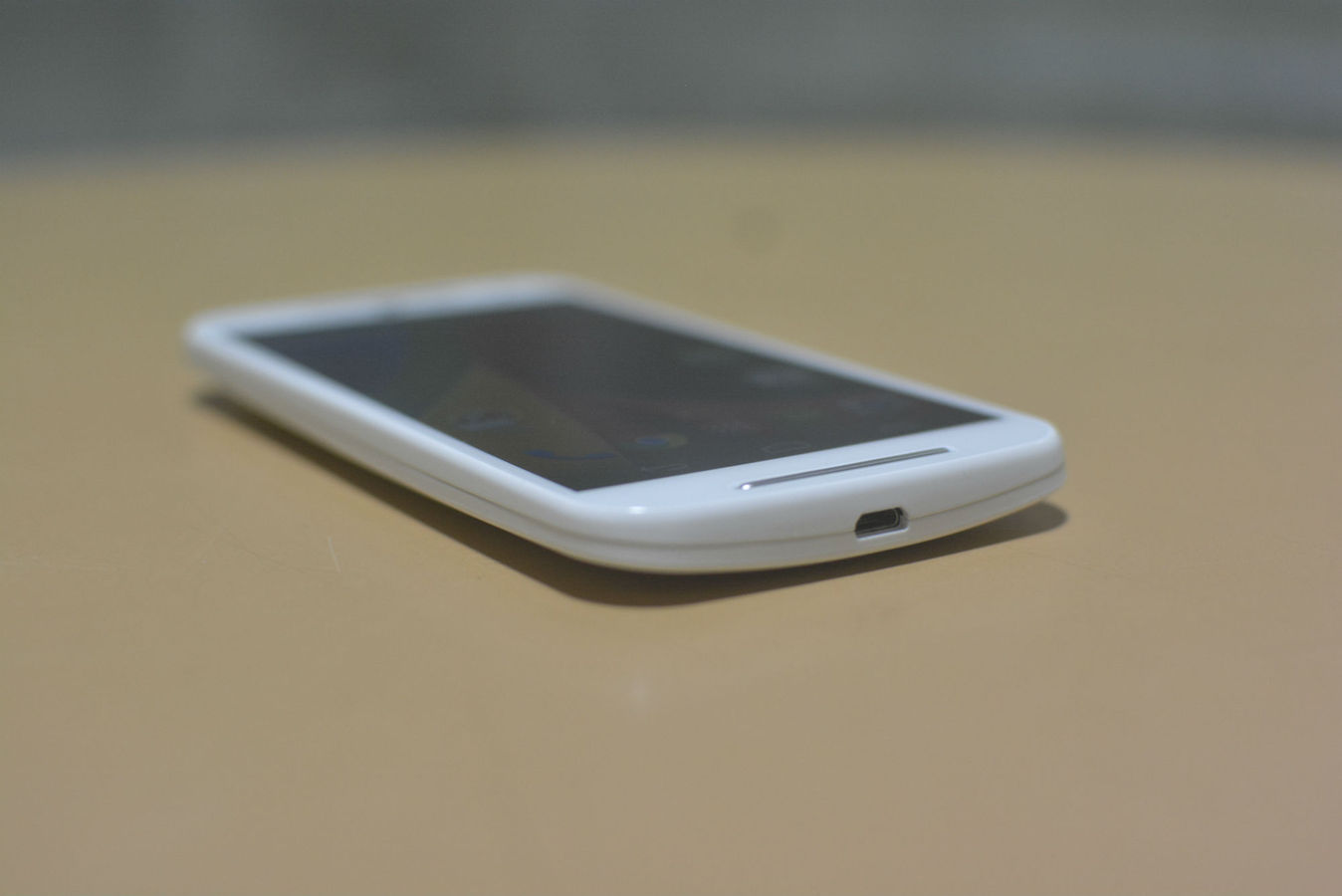 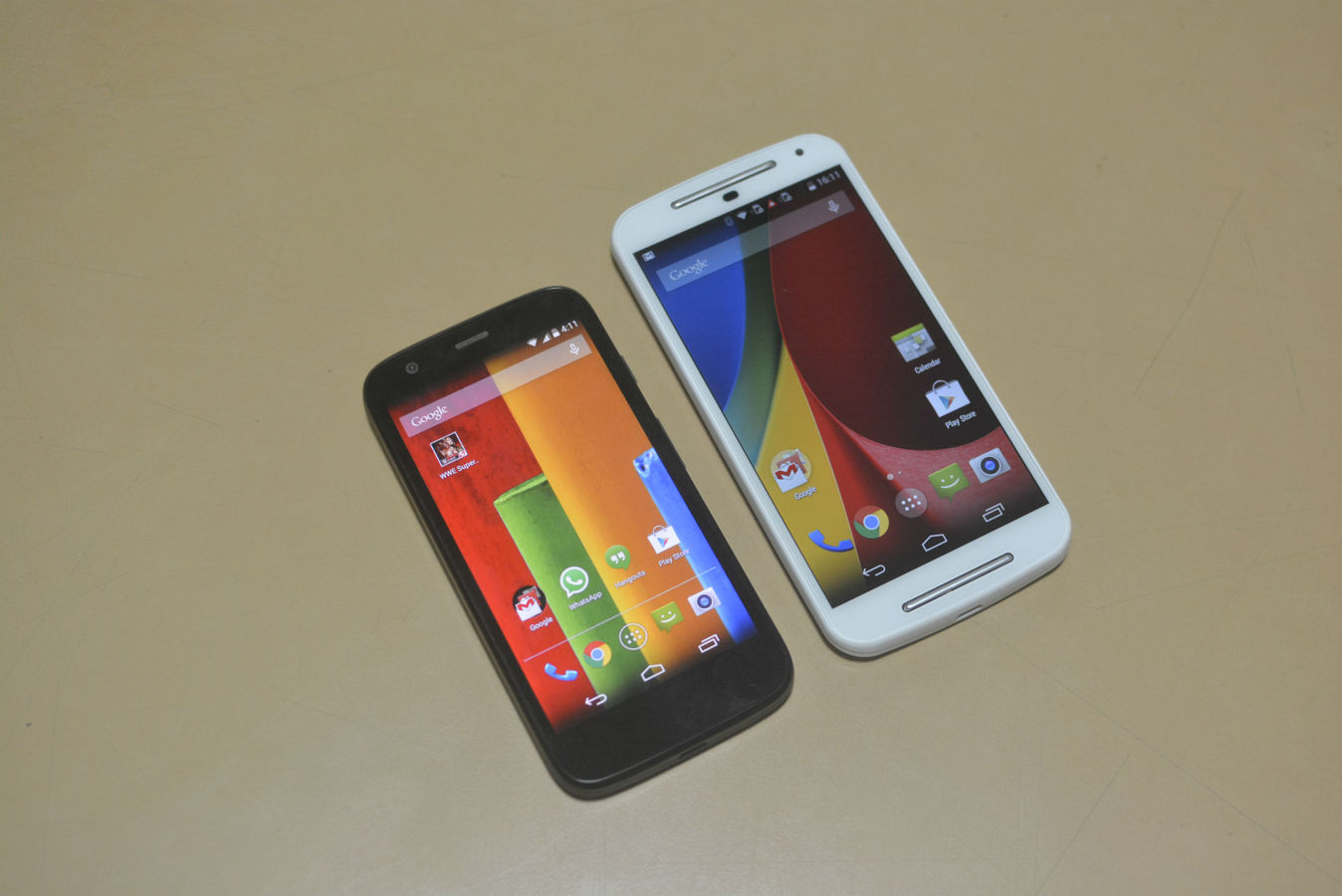 Also, as before, the curved back gives better grip on the smartphone and makes the design more ergonomic. The build quality overall is impeccable and the white version of the Moto G looks quite good and seems very sturdy.

The 720p HD display on the new Moto G is actually the biggest weakness of this smartphone. While the Corning Gorilla Glass 3 protection does its job and makes the screen stronger and more premium, it is not the brightest screen you will find. What surprised me even more though was the bad sunlight visibility on the new Moto G. The older version wasn’t the best either, but it was slightly better perhaps, only very slightly though. 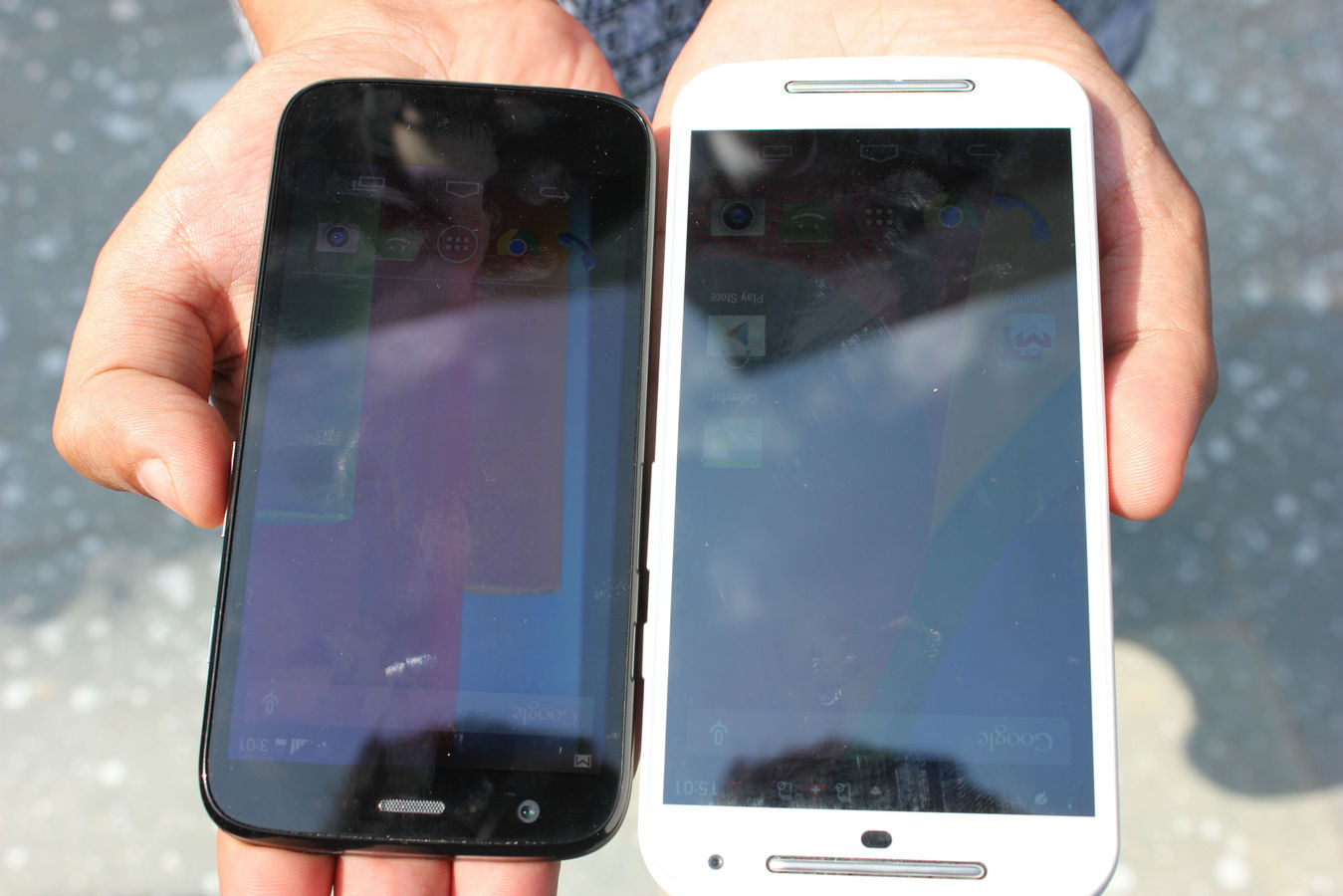 The good thing about the screen though is the extra real estate. It is large and makes for good video viewing. That is, unless you’re watching videos with your friends, because the viewing angles aren’t the best either. I did not expect Motorola to put a full HD screen on this one, but I didn’t see this coming.

On the UI front, the new Moto G runs stock Android 4.4.4 KitKat. Motorola has promised the Android L update on both the new G and Moto X devices. The UI runs smoothly on the smartphone and I didn’t see it lag.

The new version of the Moto G runs on the same 1.2 GHz Qualcomm Snapdragon 400 quad-core SoC and 1 GB of RAM as the older generation. It also has the Adreno 305 GPU and continues the good performance that Motorola gave in the older one. Before you ask, yes, it doesn’t compare to the Xiaomi Mi3, which has a much higher Snapdragon 800 SoC and 2 GB RAM.

The Moto G though doesn’t disappoint in terms of the performance that you get out of it. The UI doesn’t show any lag and high end games like Asphalt 8 and others run quite smoothly on it. I also did not see any crashes on the device, be it games or other apps.

One thing I really wanted from Motorola for the new device though was a bigger battery. The company though went with the same 2070 mAh battery on this as the old one. Even though it doesn’t disappoint and I got 10-12 hours out of it quite easily, I wonder if a bigger battery wouldn’t have made the buying decision much easier.

One of the upgrades in the new Moto G is the 8 MP camera on the back, as opposed to the 5 MP on the older one. There is also a 2 MP front camera for selfies, video chats etc. Like the old camera though, the rear camera on this one is average. While the 8 MP sensor is better than the old one, it is definitely not the best camera on a smartphone in this range. The camera is only slightly better than the old one. It also fails under low light conditions. 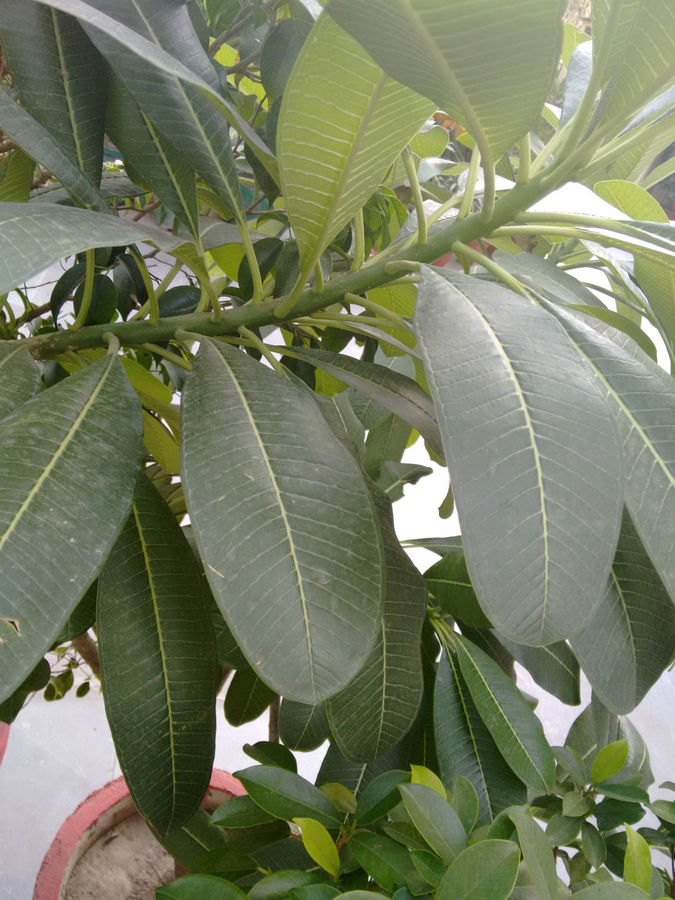 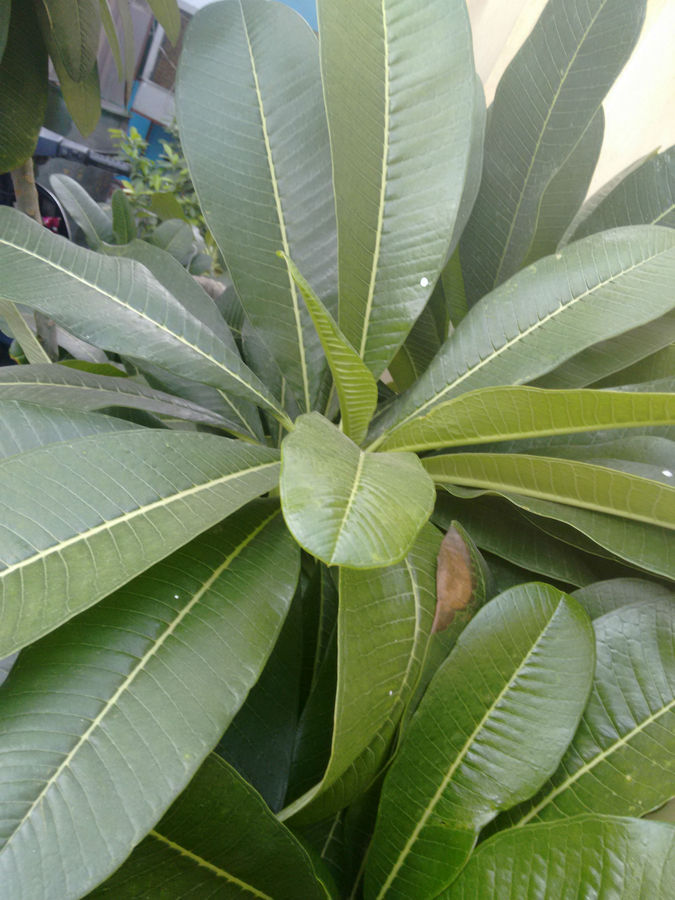 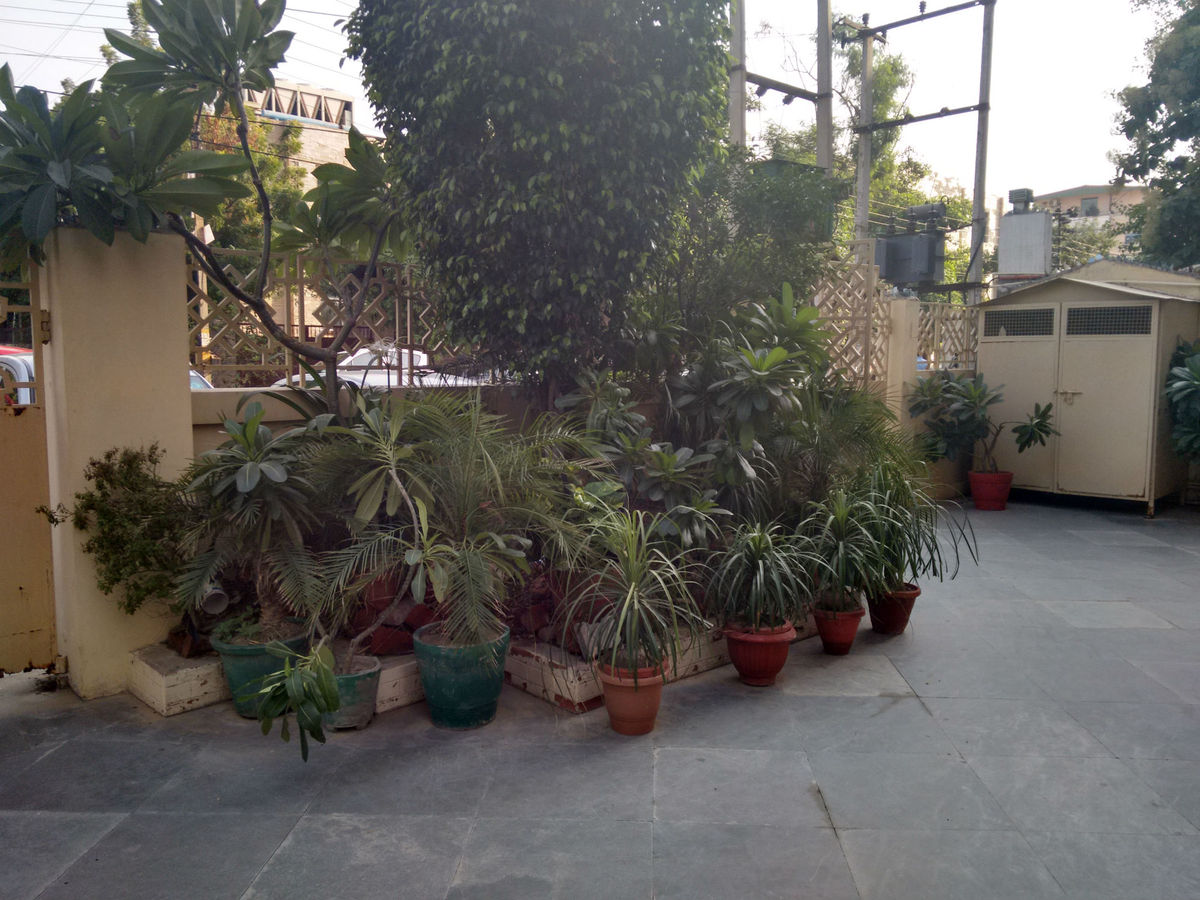 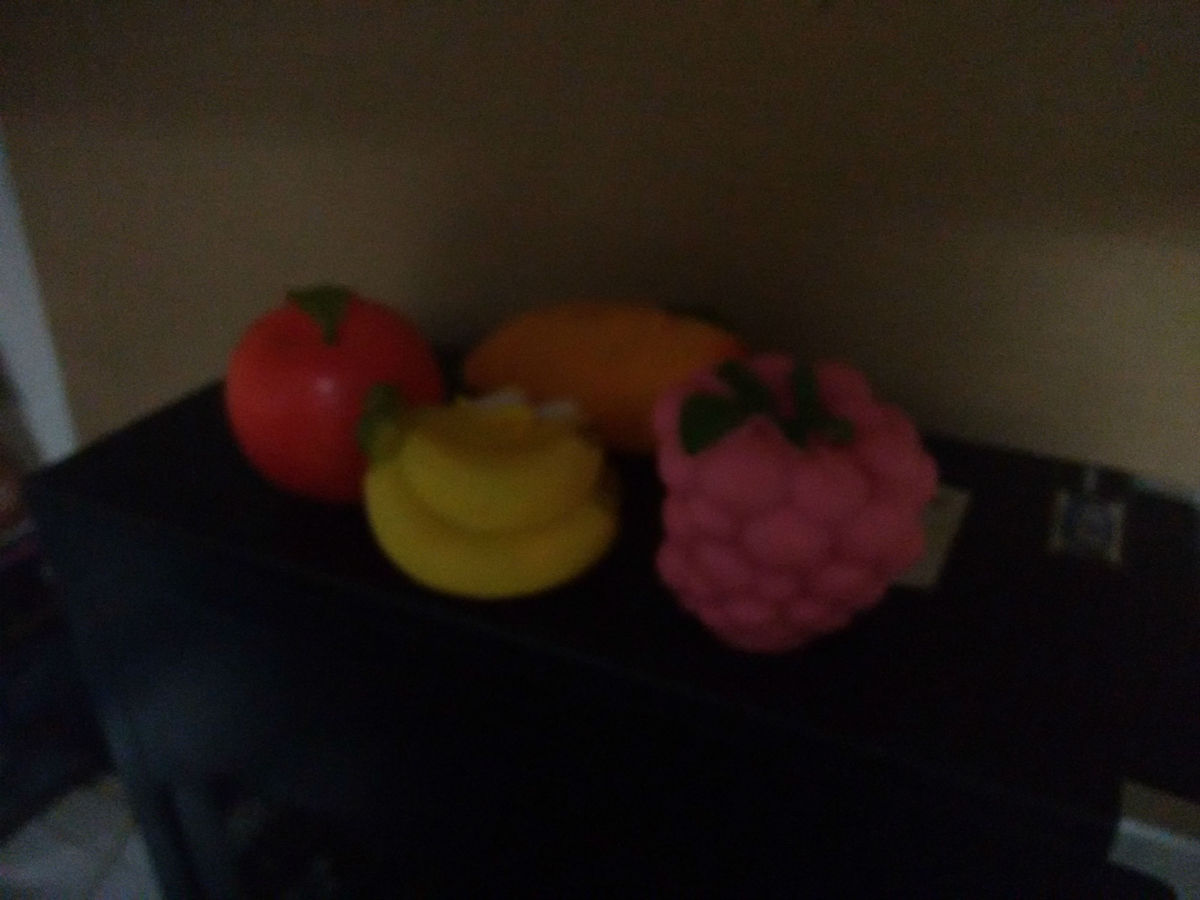 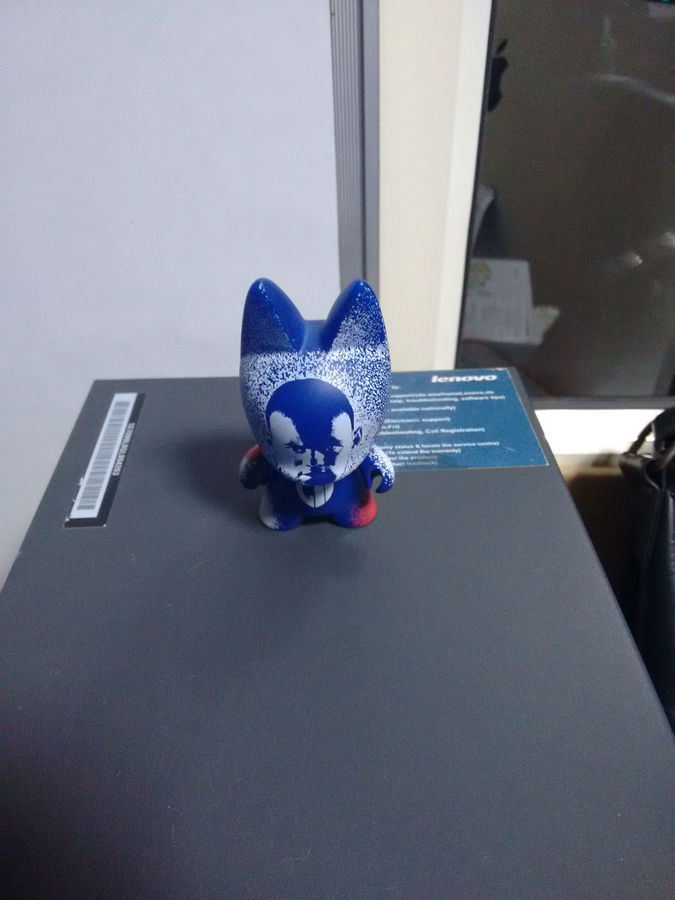 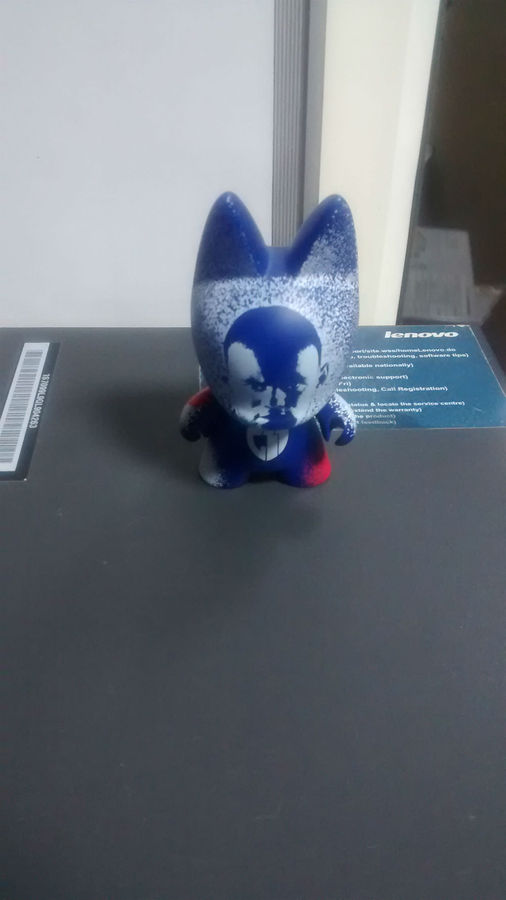 A big mistake Motorola had made in the first Moto G was the lack of additional storage. The company has rectified this with the new one, which has 16 GB of internal storage and is expandable to 32 GB. The dual-SIM slots on the back are accompanied by the microSD card slot. 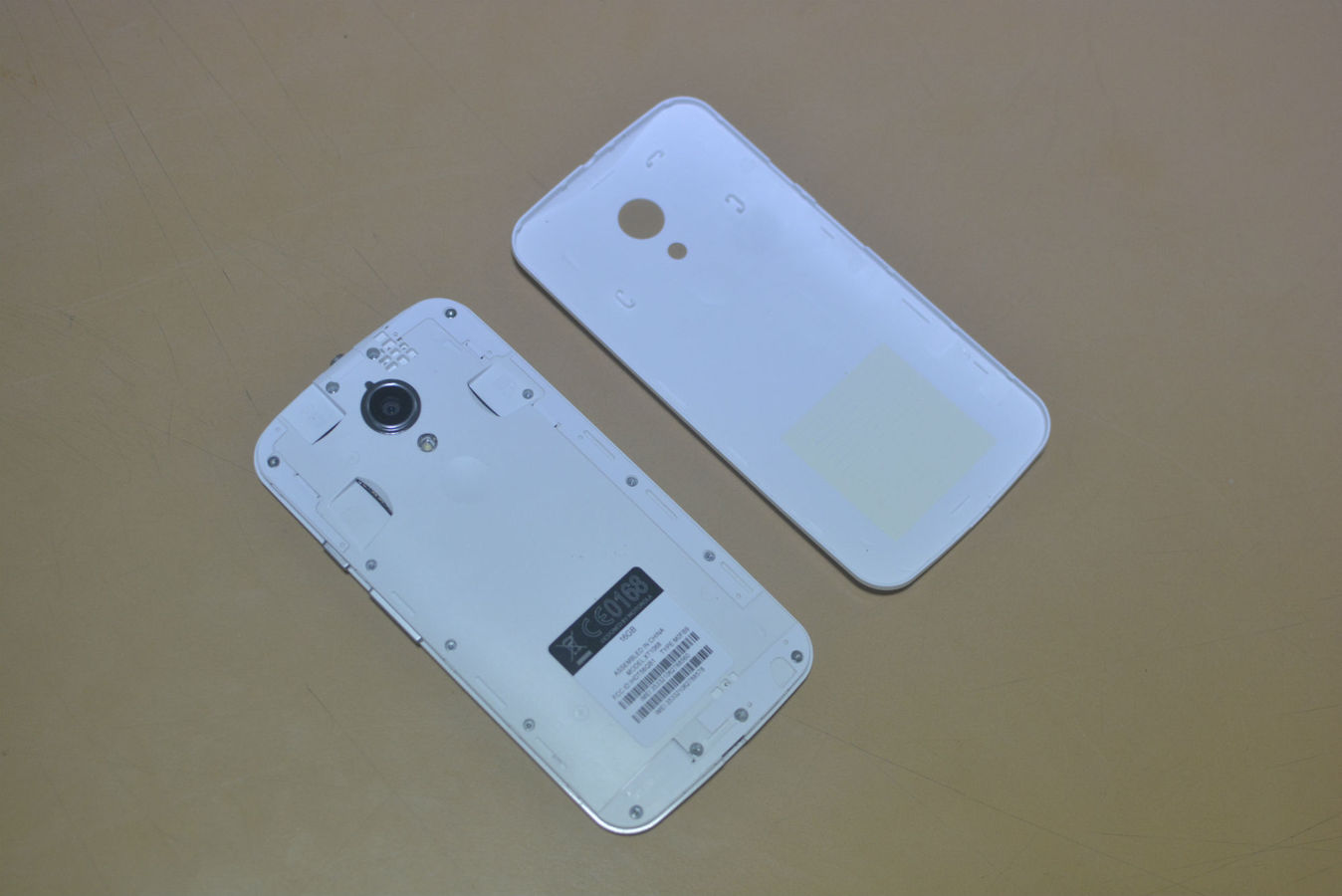 The new Moto G upholds Motorola’s tradition of providing good value for the price that is being asked. The company beat the old price by Rs. 1000 and frankly, it had to. The new Moto G is a performer and a good phone to buy for Rs. 12,999 but the competition now is much tougher than it was with the last one.

For the brand conscious, you can still buy this phone, but it is no longer the best in class. The Xiaomi Mi3 remains the best in class right now, while the Micromax Canvas Nitro comes in at a close second. What the Moto G has over these two devices is history and brand recognition.