The Moto E 4g is definitely an improvement over the 3G variant, but it still can't match the competiton in terms of display and camera. If you need an inexpensive smartphone with very good battery life, then this one would make sense, but for everything else, you should look at the Xiaomi Redmi 2 and Yu Yuphoria.

Motorola’s Moto E 4G has a lot resting on its shoulders this time. The company’s Moto G (2nd Gen) has been overshadowed by devices like the Xiaomi Mi4i, Asus Zenfone 2 and others, while the 3G variant of the Moto E (2nd Gen) has lost out big against the Redmi 2 from Xiaomi and the Lenovo A6000.

The Moto E 4G improves on the 3G variant not just in connectivity, but also overall computing power. The new version runs on a Snapdragon 410 SoC, bringing it at par with the Yu Yuphoria, Redmi 2 and Lenovo A6000, on paper. The Moto E and the Redmi 2 still have 1GB RAM compared to 2GB on the Lenovo A6000 Plus, the Yu Yuphoria and the expected limited edition Redmi 2. 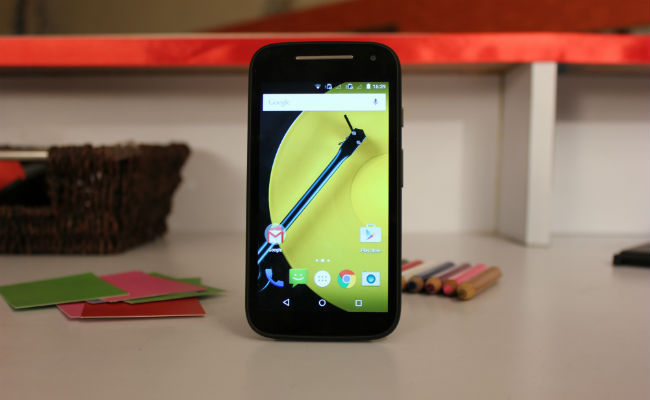 Almost everything in the 4G variant of the Moto E is the same as the 3G version, so you can read more about the build, camera etc. in our Moto E (3G) review. This Moto E 4G review will take a look at the performance and battery on this device.

As mentioned above, the 4G variant comes closer to the Redmi 2 and Lenovo A6000 or A6000 Plus, but still can’t outdo those devices. In terms of multi-tasking power, the Moto E is as capable as those devices, but the extra RAM on them is a major difference maker. 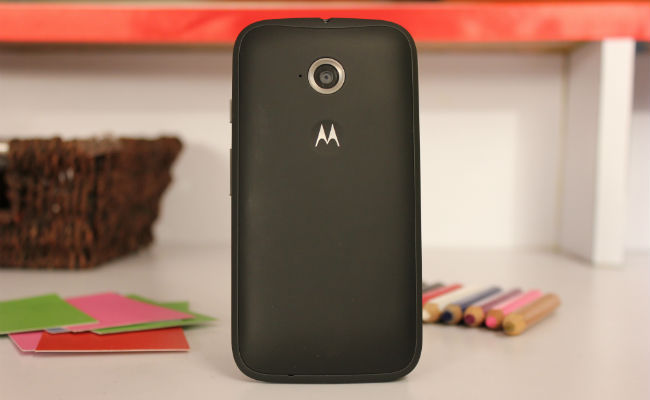 On the graphics front, the new Moto E is slightly ahead of the Redmi 2 and others, but that is only in terms of pure GPU performance. This is because the new Moto E has a lower resolution display compared to those devices. In the 3D Mark test, which takes into account the display resolution as well, or GFXBench’s offscreen tests, the Moto E is actually behind the other devices.

Overall, the performance is like the Redmi 2, which still costs Rs. 1,000 less than the Moto E 4G and provides the same connectivity options.

The lower resolution display on the Moto E 4G is a weakness for all intents and purposes, but it helps the device offer better battery life than its competitors. The Moto E goes on for 10 hours in our battery test, over 3 hours more than the Yu Yuphoria, Lenovo A6000 Plus and the Redmi 2. In benchmarks, the Geekbench Battery test runs for over seven hours on this device, as compared to the five odd hours that you get on the Redmi 2 and others.

This translates to a full day’s battery life in real life and about three to four hours over its competitors. 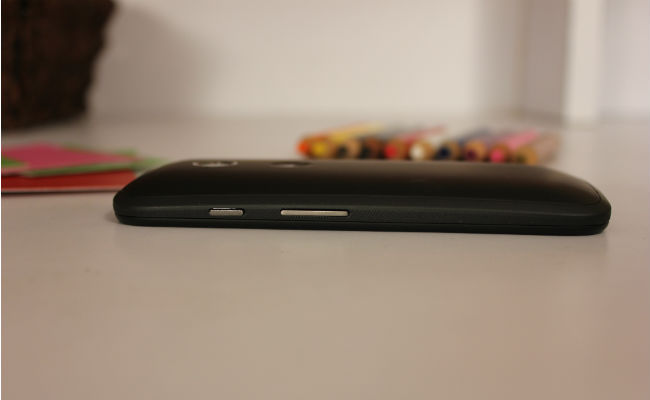 While the Moto E 4G is definitely an improvement over its predecessor, it still loses out to the competition in terms of value for money. It makes a little more sense when you consider Motorola’s superior support services, but on a pure performance to price ratio, the Moto E 4G makes less sense than a Redmi 2.

You can buy this phone if you need a very good battery and after sales service, but for everything else, you should look at the Redmi 2 or the Yu Yuphoria.