The Canvas Spark is an average budget phone. It is a run of the mill performer which is only meant for light usage and people who don’t want to spend more than 5K on a smartphone. Beyond those constraints however, we would recommend you buy something more powerful around the 7K price point.

Since a year or so Micromax has faced heavy competition from Chinese phone manufacturers but recently the Indian company has tried to turn things around and has been able to do so with the YU brand. While the YU brand and many other players tussle it out near the 7K price mark, Micromax has launched the Micromax Canvas Spark. The Spark tries to please the loyal customer base for whom the budget is much more important than performance. 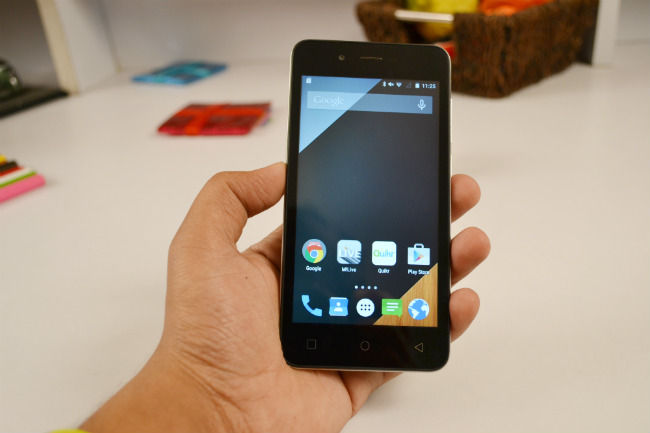 There have been cheaper phones in the past and to be very blunt, in our experience, smartphones under the 5K mark are not well equipped to handle resource intensive tasks. Thus, it is quite conventional to presume that at a price of Rs. 4,999, Micromax may have compromised on performance and quality. Thus, we tried to find how much of a smartphone you can get at this price.

Design & build: A smaller YU Yureka
The Micromax Canvas Spark touches all the right notes from a design perspective. The curved back, tactile and easy to reach button layout and a side trim with a metal finish which makes the phone look upmarket. I even liked the soft touch matte-ish plastic back. All these elements remind me of the Yu Yureka. However, I don’t like the unlit navigation keys which required some getting used to. 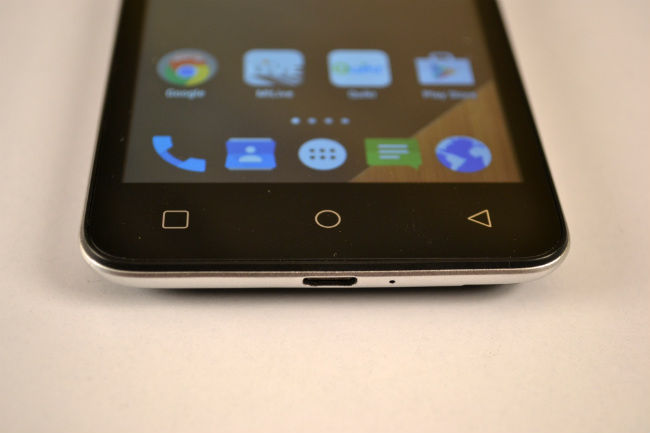 The phone has a plastic build and even though it may not be as robust as Microsoft’s Asha range of phones, it is satisfactory for the price. The use of Gorilla Glass 3 adds some confidence but the glass which covers the camera lens on the back will scratch eventually since it sitts flush against the surface and not in a protective depression. Overall, the Micromax Canvas Spark ticks almost all check marks I expect from a budget offering in the design and build segment.

Display & UI: Satisfactory for the price
The Micromax Canvas Spark is a budget smartphone and therefore I was expecting an average display and I was quite right. Sunlight legibility is poor and touch performance is not upto the mark. Saying that, the 4.7-inch 960 x 540p display is still good enough for the price. It offers decent colour reproduction and minimal colour shift but I believe Micromax could have done better. 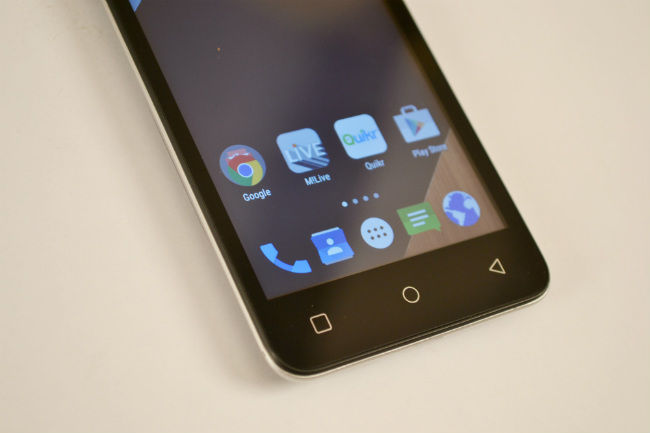 On the UI part Micromax has stuck with the basics. The device runs Android Lollipop out of the box making it the first budget phone to do so. Micromax hasn't fiddled much with the stock Android UI and the phone’s UI looks blissfully spartan. However, the long press to multitask gesture is not well implemented and I often found myself on the ‘screen settings menu’ instead of the multitask drawer. 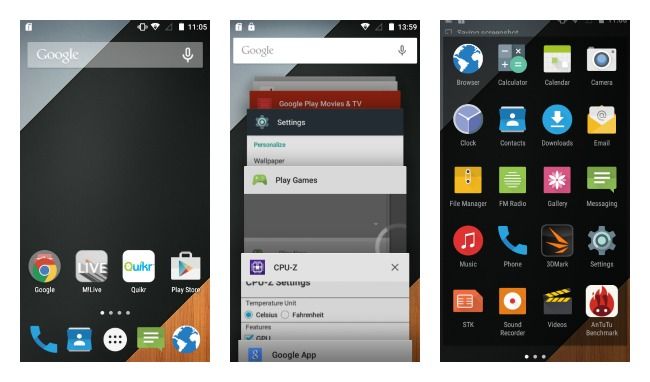 Performance: the average student
The budget phone is rather underpowered when compared to the 7K contenders. While it is powerful enough to tackle daily tasks, it often exhibits lag when you try to open multiple webpages. Same goes with performance intensive tasks like games which work for the most part with an occasional lag during gameplay. Needless to say graphic capabilities are not that ground-breaking either. As you can see below, the Micromax Canvas Spark settles considerably below the 7K budget segment smartphones in synthetic benchmarks.

Call reception and connectivity are again average, nothing out of the ordinary. The rear speaker is loud but the sound does distort if you increase the volume. The volume over earphones is acceptable.

Battery: for light usage only
While testing this phone I observed that the new MediaTek SoC (MT6582M) is quite optimized and it sips the battery when used only for daily tasks but abandons its frugal behaviour if you try to push it. In our normal video test I got around 6.5 hours of battery life. This meant I had to charge the phone twice a day under heavy usage but under light usage I was able to keep the charger at bay till sundown. 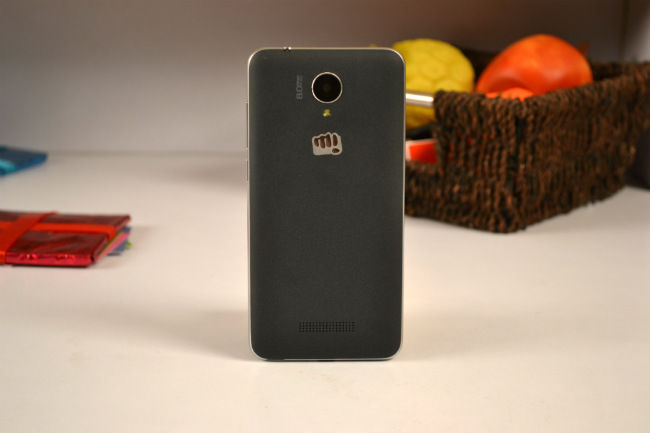 Camera: lacks focus
The 8MP rear camera is good for the price. By that I mean, it takes good pictures in daylight conditions. The colour reproduction and colour accuracy are also respectable. The only let down however is the lack of focus. I often found the camera misfocusing on the subject or just not focusing at times. Low light images are not so great either but they are just about average for this segment. The phone records videos at 720p and combined with an autofocus which actually works, I would say it is a good effort by the company. At the end of the day, the Xiaomi Redmi 2 still remains the camera champ in the budget segement. 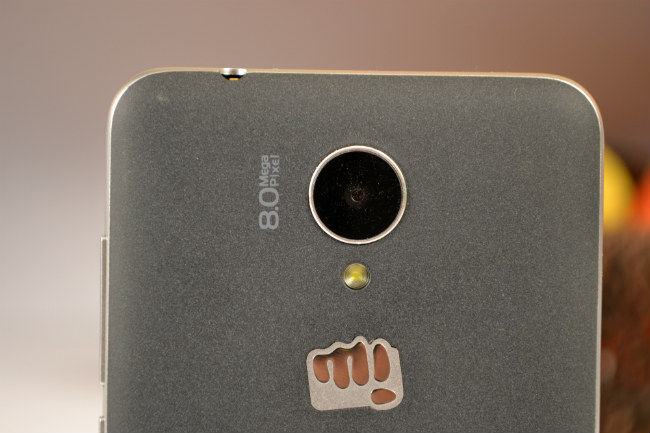 Bottomline
The Micromax Canvas Spark is an average phone for the budget buyer. It clears almost everything with an average score. It is nowhere near the budget segment champs in terms of performance but scores a lot of points thanks to its affordable price-tag. However, the phone is being sold only via a flash sale model which in my opinion is a dealbreaker. Keep in mind it is just an average phone which is not as powerful as you would like it to be. In essence, buy the Micromax Canvas Spark only if your budget is limited under 5K otherwise buy the Yu Yuphoria or the Xiaomi Redmi 2