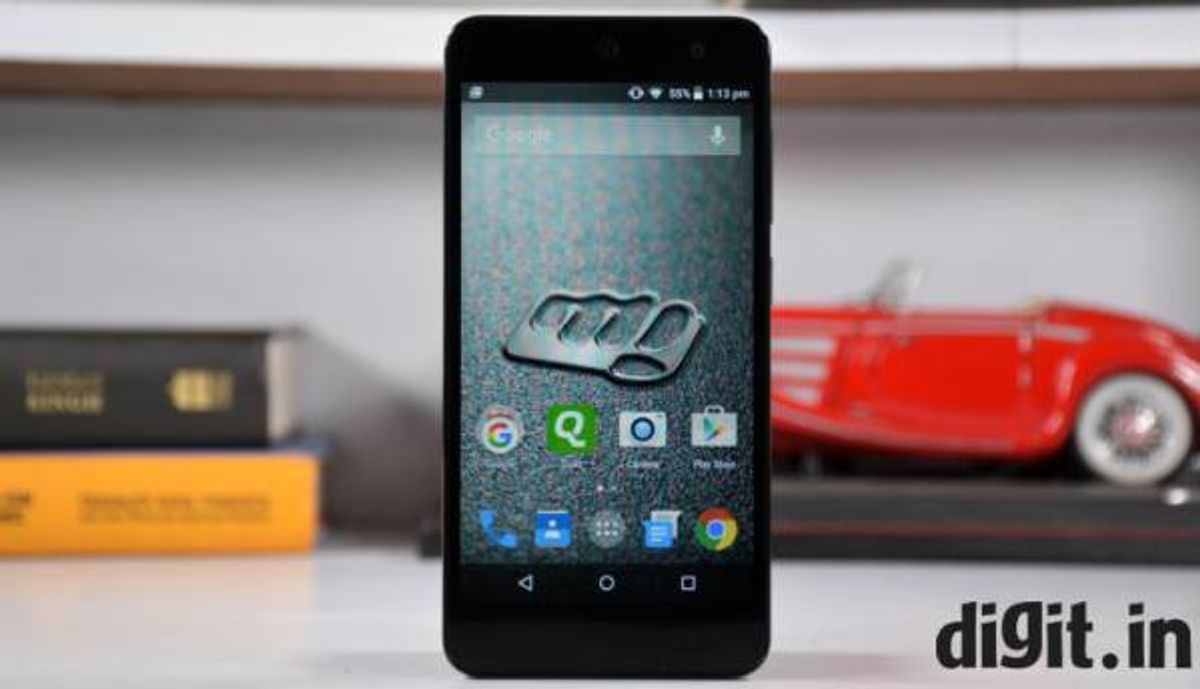 Micromax is unable to beat the playing field with the Canvas Nitro 4G. Moreover, the new phone is unable to repeat what last year's model achieved. But like many other Micromax phones recently, the Nitro 4G proves that Micromax has come a long way in terms of design, camera and in building a smartphone overall. While phones like Xiaomi Mi 4i or the Asus Zenfone 2 will give you better performance at a similar price,.to people against offline buying, the Micromax Canvas Nitro 4G will be served up as an option at the retailer’s counter and it will be able to do the job for lighter users.

Last year, the Micromax Canvas Nitro had turned out to be a brilliant little budget phone in the sub-15K category. It performed so well that it got the Digit Zero1. This year the Nitro is back in a new 4G avatar. Last year, the powerful octa-core processor and the reliable battery life took the phone way ahead of its competitors. This year though, things have changed and the phone faces much more fierce competition. There are plenty of new entrants, which offer a reliable power packed performance among other things.

The Canvas Nitro 4G on the other hand, runs on a new processor, one that we haven't tested yet. This is the first phone in India to be powered by the new Qualcomm Snapdragon 415 SoC. This is a octa-core SoC, which has a higher clock speed than the current Snapdragon 410. So, has the Canvas Nitro 4G done enough to keep the competition at bay? Let's find out. 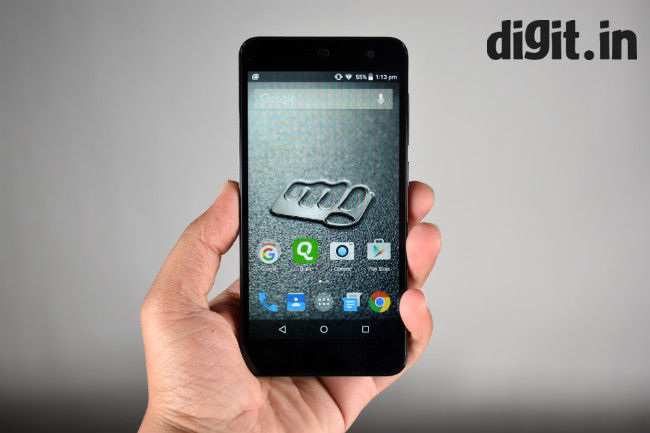 Build and Design
Unlike last year, Micromax has drastically changed its build quality. Like many other Canvas branded phones we have seen recently, the Micromax Canvas Nitro 4G offers a well built body. The phone is entirely made out of plastic but the quality is comparable to HTC's Desire range. It is lightweight and feels sturdy in the hand. 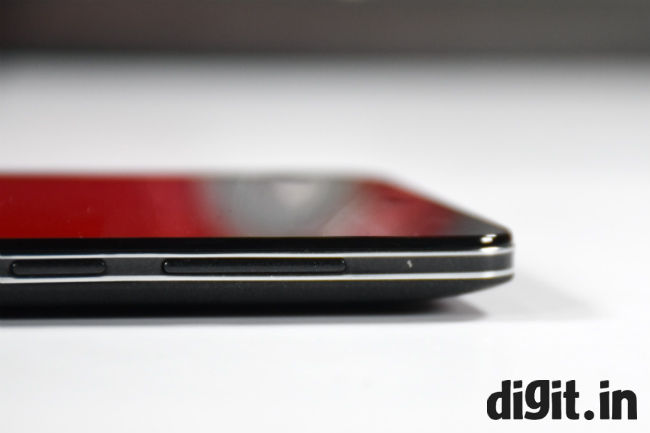 Design is another important aspect which Micromax has worked upon. Be it the metallic finish on the sides or the pleasant to touch matte-ish back, the design feels well polished for a budget phone. The curved back adds to the ergonomics of the phone even more. The side keys are well spaced and offer good travel and feel, as good as one can get in this budget segment. 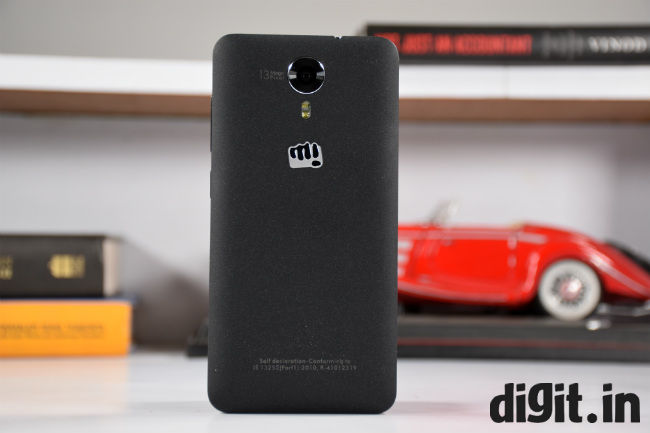 Display and UI
While the Xiaomi Mi 4i still has the best display in the sub-15k category, the 720p display on the Nitro 4G is not bad either. The display offers true to life colours and saturation. It can be viewed from extreme angles and offers a very light and responsive touch experience. There is Gorilla Glass 3 protection on the glass as well, which adds up to the whole experience. 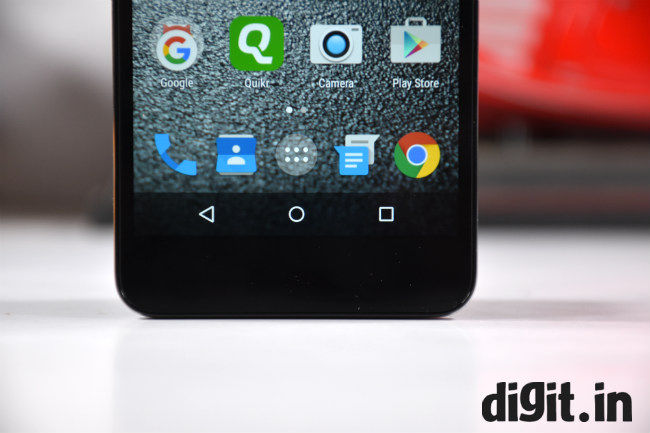 The UI on the other hand is same old same old. The Android experience of the phone is kept stock for the most part. Some sub-menus, animations and opacity of menus have been tweaked but that's all. Micromax has always used a custom camera app and that hasn't changed here, albeit there is a new one. This new camera app serves the camera well and we will talk about it more in the camera section. One minor issue we would like to mention is, Micromax needs to trim down the number of pre-loaded apps it puts on its devices. 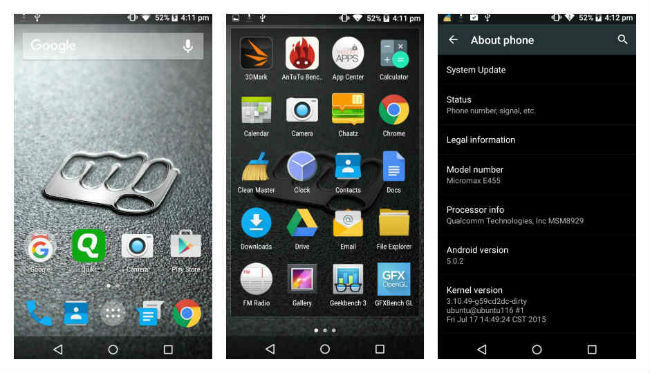 Performance
As mentioned earlier, this is the first phone to bring the Qualcomm Snapdragon 415 to India. We have been using the phone for a week now and we can say that while the performance does feel satisfactory, it is not as fast as the Snapdragon 615. Although it does manages to gallop past of the Snapdragon 410 by a considerable margin, which is currently being used by almost every sub-8K smartphone and even some sub-15k phones like the Moto G (3rd Gen).

The Canvas Nitro comes with 2GB of RAM and handled day to day tasks without hassles. Moreover, heavy games like Asphalt 8 were also dealt with reasonable ease. It is only when we brimmed the RAM with background apps, that the phone started to stutter slightly. Comparing synthetic benchmarks to the competition though we found that the phone is just an average performer. That of course is a simulation, which means real life practical usage should suit comparitively light users.

Battery
The Canvas Nitro 4G managed about 6 hours of screen on time, which is above average, although we have seen better. In a normal work day, with calls, music streaming, texting, and occasional gaming, the Nitro 4G was able to last us till dusk before requiring a quick charge. This again makes it pretty average, in terms of battery performance. In comparison, last year’s Canvas Nitro produced an almost impossible (at the time) 15 hours of screen on-time. 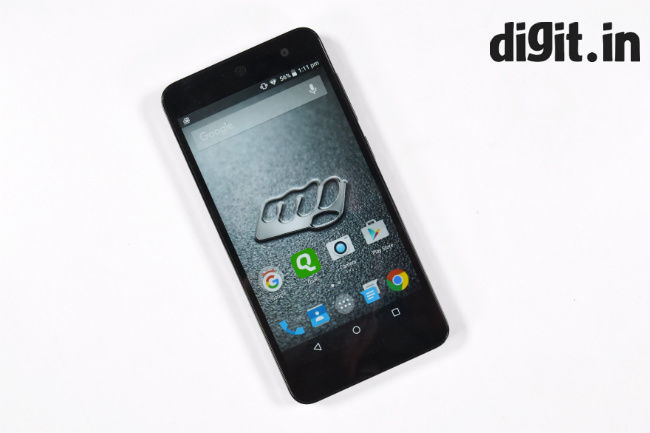 Camera
Unlike the middling processor and battery performance, the 13MP rear camera on the Canvas Nitro 4G is good. It is not as good as the Xiaomi Mi 4i but still very close. Images taken by the camera are slightly oversaturated, but the dynamic range is decent and we believe Micromax can fix it with a software update, unless of course it's a conscious choice, since many users prefer oversaturated colours. The camera is further aided by a new camera app with tons of filters and settings. Image processing time, camera shutter speed and autofocus turned out to be one of the best in the category. However, the shutter does linger a little longer while taking images in low light conditions. 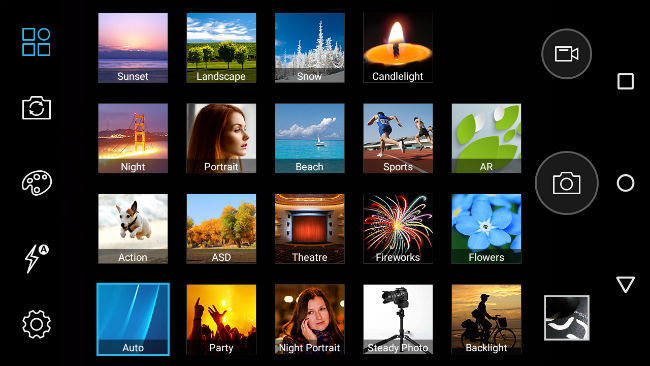 Bottomline
Micromax is unable to beat the playing field with the Canvas Nitro 4G. Moreover, the new phone is unable to repeat what last year's model achieved. But like many other Micromax phones recently, the Nitro 4G proves that Micromax has come a long way in terms of design, camera and in building a smartphone overall. While phones like Xiaomi Mi 4i or the Asus Zenfone 2 will give you better performance at a similar price,.to people against offline buying, the Micromax Canvas Nitro 4G will be served up as an option at the retailer’s counter and it will be able to do the job for lighter users.