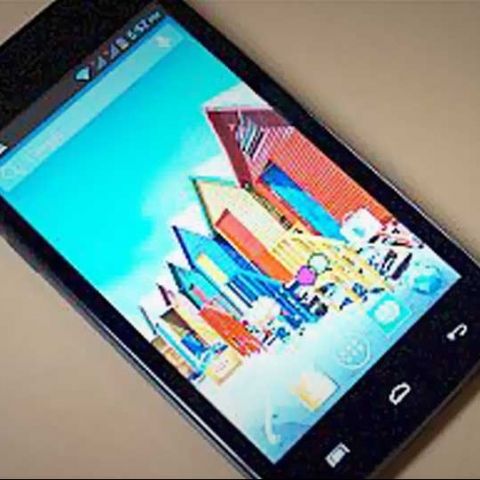 It is difficult to recommend the Micromax A115 Canvas 3D at its price, especially since there are better performing smartphones available, and its 3D performance isn't stellar. If a gimmicky 3D performance is what you are looking for, then the Canvas 3D is the device for you. But remember, you have better overall performing smartphones in the same price bracket. If a powerful Android device is your weapon of choice, we suggest you take a look at the Xolo Q700 as well. If you don't mind Windows Phone 8 as the OS, you can also consider the Nokia Lumia 510 at this price point.

There is only one small screen device that has been able to pull of glasses-free 3D well and that is the Nintendo 3DS, and that clearly isn’t a smartphone. Today, we have with us the Micromax Canvas A115 3D smartphone. The smartphone isn’t completely 3D but it has certain 3D capabilities. For a 10K phone is it worth a looking at or are you better off sticking to the non-3D tried and tested? Read on to find out!

At a Glance
At first glance, the Canvas 3D has the standard body like the Canvas 2 or the Canvas HD although it is thicker than the two devices. Straight out-of-the-box it runs on Android 4.1 Jelly Bean and apart from access to the Google Play store gives users access to a slew of Micromax apps such as the M! Live, M! Zone , HookUp and more. Here’s a quick look at how the canvas 3D is placed when compared to the competition, in terms of specifications.

Design
To start with the front of the Canvas 3D is very reminiscent of the Canvas 2 A110 and the Canvas HD. You have the same bezel around the display and below the display you have the menu, home and back buttons. The smartphone feels slightly heavy in one’s hands and it is thicker than we’d like. The Canvas 2 A110 had a design very reminiscent of the Galaxy Nexus making it quite an attractive smartphone. The Canvas 3D has a similar design but it is really thick at 13.7mm.

The rear of the Canvas 3D is plastic but it has a nice rubberised feel to it, which adds to the grip of the smartphone. Even though it is thick, the device is quite comfortable to hold in one hand and two-handed use also feels smooth.

In terms of connectivity options, the Canvas 3D has the standard array of ports. You have the volume rocker on the left and the power button on the right. The headphones jack and the microUSB port rest on the top and the bottom has nothing. The rear of the smartphone also houses the camera, which has a slight bulge to it.

Apart from the fact that it is a little thick, the Micromax Canvas 3D is a good looking smartphone and the rubberized back is a welcome difference from the plastic dominated budget smartphone market.

UI and Interface
The Micromax A115 Canvas 3D runs on Android 4.1 Jelly Bean and there is no information whether the smartphone will be upgradeable to Android 4.2. If you have used a Micromax smartphone in the past, you will feel right at home with the UI and features on offer in the smartphone. Starting with the lock screen, there is a central ball that can be dragged in any of four directions to perform an action. You can drag it up to unlock the smartphone, left to go to messages, right for calling and down for 3D mode.

Once the device is unlocked you have access to the standard five customizable home screens that you can load with apps and widgets. The apps list is standard Android on the smartphone.
Apart from access to the Google Play store, users can also utilize the Micromax specific apps for quite a lot of local content. Users also have M! Live, which gives them access to wallpapers, Bollywood content and more. M! Zone features jokes, sports information, Love Guru and more.

Moving on to the 3D offering of the A115 Canvas 3D, you have an app called 3D space. Up till now the entire interface of the smartphone is 2D, standard what we have been experiencing. Enter the 3D Space app, and the interface becomes 3D and an instant source for you to get a head ach. There is a slight feeling that things are popping out of the display and depth perception especially when you are consuming 3D video content (the source was YouTube). But it is frustrating.

It will take you a couple of seconds to get to that comfortable position where the 3D content looks acceptable and with the slightest shake of your hand, the entire experience is ruined. Only one person can consume 3D content at a given point in time. There is also a camera app for taking and viewing 3D images. Now, to take 3D pictures, you traditionally need to have two lenses to create a stereoscopic image. On the back of the Canvas 3D, there is just one lens. Instead, the company decided to utilize a rather inefficient 2D to 3D conversion process.

Micromax 3D World!
There is also a section of 3D games on the smartphone. Subway Surfer was available for 3D play. Yes, it does look like your character is running outside the display but only for that one moment. It too us quite some time to get the viewing angle right and since it’s a game, you are prone to shaking the device during use. Once you shake the smartphone, the depth perception is lost and you will eventually start getting a headache with prolonged use. There are quite a few games that are available in the 3D mode of the Canvas HD including Tetris 2012, Sleep Jack, Fruit Ninja PiB, Basketball and more. If you transfer a 2D video on the device and try to convert it to 3D, the experience is torturous, with the resultant video lacking depth perception, and blurry.

Performance
With the 3D performance of the Canvas 3D out of the way, let’s see how it performs as your everyday smartphone. Let’s start with the benchmark scores.

The 5-inch display has a 480x800 pixel resolution and quite frankly it’s disappointing. It’s the same as the Canvas 2 A110 and we think it’s time that the resolution would be updated to qHD at the least for this price point.

To put the performance of the Canvas 3D’s display into perspective, the quality is the same as the Canvas 2, sort of. The colours do look average but lack sharpness. This is especially visible when watching videos. Reading books and browsing the web is a good experience but the text in Google books lacks sharpness around the edges.

Coming to the video playback performance, we played some HD as well as SD content on it. It played all the formats but the experience wasn’t pleasant. The native video player not only stuttered with HD videos but the aspect ratio was all off. When we shifted to 3D mode, the aspect ratio became normal but the 3D experience was lacklustre. The audio output from the smartphone was also lower than we’d like.

In terms of the Canvas 3D’s gaming performance, Angry Birds Star Wars and Subway Surfer ran quite smoothly. The experience was as good as it gets on any budget Android smartphone. Dead Trigger did stutter and the controls froze at times but Real Racing 3 ran surprisingly well considering the specifications on offer on the A115. The gaming performance of the device is good with the biggest drawback being the resolution of the display and the viewing angles.

Moving to the calling capability of the smartphone, put simply, is quite average, just what you’d expect from a Micromax smartphone. The audio was quite clear at both ends, though the occasional call drops in notoriously finicky signal areas were common.

Coming to the performance of the Canvas 3D’s camera – it is a mixed bag. Getting the worst out of the way, the 3D shots are just gimmicky. The smartphone converts 2D images to 3D and there is no depth perception. When the lighting conditions are good, you get some good images that can be posted online. But don’t expect this to replace your point and shoot. Outdoor shoots looked nice. If you are shooting images with text or some detail, the detail is lost when you enlarge the image to its actual size. In low-lit conditions, the camera doesn’t capture details, so you won’t be using this camera for those evenings out.

In terms of its battery life, the Canvas 3D has enough juice to get through the day with ease if you don’t go overboard on the 3D functionality. In our continuous video playback test, the smartphone lasted for 5 hours with the brightness on full as well as the volume. The Wi-Fi was on as well.

Bottom Line
For a Rs. 10,000 phone, it is difficult to recommend the Micromax A115 Canvas 3D especially since there are better performing smartphones available in the market and the 3D performance of the smartphone isn’t stellar. If a gimmicky 3D performance is what you are looking for, then the Canvas 3D is the device for you. But remember, you have better overall performing smartphones in the same price bracket. If a powerful Android device is you’re weapon of choice, we suggest you take a look at the Xolo Q700 as well. If you don’t mind Windows Phone 8 as the OS, you can also consider the Nokia Lumia 510 at this price point.