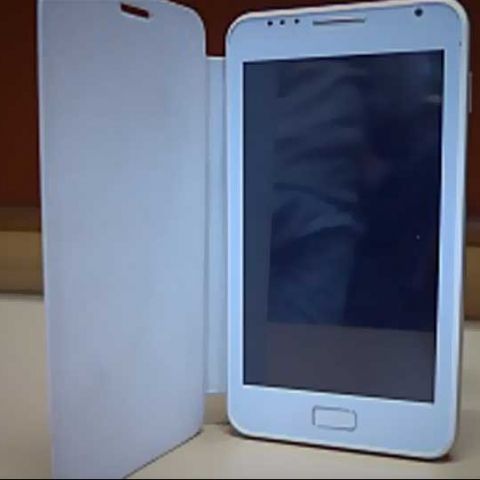 The mNote is currently the best performer in the budget phablet segment, at its price. It runs on Android 4.1 straight-out-of-the-box, unlike most of the competition. What goes against the mNote is the fact that it has a brand name that no one has heard of, a lacklustre display and a camera that's as bad as its peers. If you are one who is ready to take a risk with a new device and want a performer of a device, then you can consider picking this one up. If you want to stick to a tried and tested name, you can take a look at the Micromax Canvas 2 A110.

With the number of devices gunning for the crown of the budget phablet market it’s easy to avoid a device just because it has a funky name and bears a brand you have never heard of. Devices such as the Micromax Canvas 2 A110 have made their name in the market not as great products (which they are), but they come from a brand that is now respected as a manufacturer of budget devices.

Today, we have with us one such device, the Magicon mNote, a product you may not have heard of, and may automatically be cautious of, because of its name. We however, can't judge a device by its name, and we put the Magicon mNote through its paces to find out just how it measures up.

Build and Design
Just like the library of phablets available in the market, the Magicon mNote borrows its design elements from the first-generation Samsung Galaxy Note. The front has the 5-inch LCD display. Above the display rests the earpiece and to the right of the earpiece rests the front facing camera. Below the display rests the three buttons just like the Note. You have the one physical home button and the two capacitive menu and back buttons.

The rear of the Magicon mNote has a glossy plastic smooth finish that isn’t the best in terms of acting as a grip. The rear panel is plastic and has a simple feel to it. It isn’t bad, but it isn’t the best either. It also has an 8MP camera. The volume rocker rests to the left and the microUSB port is at the bottom. The right side houses the on/off button and the top houses the headphones jack.

The mNote also comes with a flap screen cover that is attached to the rear panel. This makes accessing the volume rocker a difficult and isn’t the best design choice. It also isn’t easy to remove the flap cover from the device. Under the hood, the Magicon mNote have 2000mAh battery and it also boasts of dual-SIM capabilities.

Overall the design of the Magicon mNote is a copy of the Samsung Galaxy Note. This isn’t a bad thing as the Note is a very successful device. However, its build is questionable and it is a bit heavier than we’d like.

Features and Specifications
To start with the specifications, the Magicon mNote has a 5-inch display with a resolution of 480x800 pixels. It is powered by a 1.GHz dual-core CPU, 512MB of RAM and runs on Android 4.1.1 Jelly Bean straight out-of-the-box. It is the first budget phablet which we have seen that runs on Jelly Bean straight out-of-the-box and that is a very good thing. The interface is butter smooth and the device is one of the most fluid one we have seen in this price range.

The Jelly Bean OS on the mNote is a vanilla experience and that is a very good thing. The device has 2GB built-in storage that can be expanded up to 32GB via a MicroSD card. The rear of the mNote has an 8MP camera with an LED flash and the front has a video-calling VGA camera.

The specifications under the hood are quite good considering that the device is a sub-Rs. 10k phablet. The mNote doesn’t boast of any preloaded app support but you do have access to the Play store to satisfy your app needs.

All in all, it is nice to see that an unknown device has shown us not only some of the better specifications in its price segment, but also runs on Android 4.1.1 out-of-the-box, whereas most of the competition runs on Android 4.0. Recently however, we have had announcements of two budget phablets that are higher up in the price bracket, but boast of Jelly Bean straight out of the box. These are the Micromax A116 Canvas HD and the Samsung Galaxy Grand Duos.

Performance
For a sub-Rs. 10k phone, the Magicon mNote is quite the performer, and in its price bracket, is the best performer in terms of the benchmarks. You can take a look at this in the benchmark scores below.

From the above scores, it is clear that the mNote is the best when it comes to raw performance. In our everyday use, the device ran quite smoothly and performed its functions quite well.

The display of the Magicon mNote has a 480x800 pixel resolution. The performance of the 5-inch display is the same that we have seen on the other phones. It isn’t the best in terms of the viewing angles and the sharpness of the content on the screen, but it stays at par with what the competition has to offer. Videos on the mNote looked below average though, and colour distortion was evident in slight changes of viewing angles.

The audio output from the speaker however, was better than some of the other devices in its class that we have tested. The audio for the apps sounded good but the overall volume, for audio, calls, and video was tad lower than we’d like.

Since its form factor is the same as the Galaxy Note, the Magicon mNote is quite comfortable to use. One-hand use for typing and navigation may be difficult for some, but for two-handed use the device works quite well.

Browsing the Internet on the Magicon mNote was a good experience, and the screen is large enough for prolonged reading. At full brightness under indoor conditions, the device performs very well. Under direct sunlight, you will find it hard to read the display.

In terms of battery life, the Magicon mNote will last you for about one and a half day of above average use. That includes making some calls, social networking and a bit of YouTube. Considering most high-end smartphones barely make it through the day, this is a very good thing about the device.

One complaint we do have with the Magicon mNote is that we faced quite a few call drops and loss of network on the device. It is possible that the issue was with the review unit we received, but it was present nonetheless.

Last but not least, the Magicon mNote boasts of an 8MP camera at the back. Just like its brethren, the camera delivers rather noisy images with terrible low-light performance. Video recording was if anything, worse. You will most probably resort to your point and shoot camera, disappointed that the high-megapixel count on the mNote’s camera didn’t deliver good quality images or videos.

Bottom Line
While many may overlook the Magicon mNote just because of its name, it does have a few things going for it. In terms of raw performance, the mNote is currently the best in the budget phablet segment, at its price. It runs on Android 4.1 straight-out-of-the-box, unlike most of the competition. What goes against the mNote is the fact that it has a brand name that no one has heard of, a lacklustre display and a camera that’s as bad as its peers. If you are one who is ready to take a risk with a new device and like a performer of a device, then you can consider picking this one up. If you want to stick to a tried and tested name, you can take a look at the Micromax Canvas 2 A110.