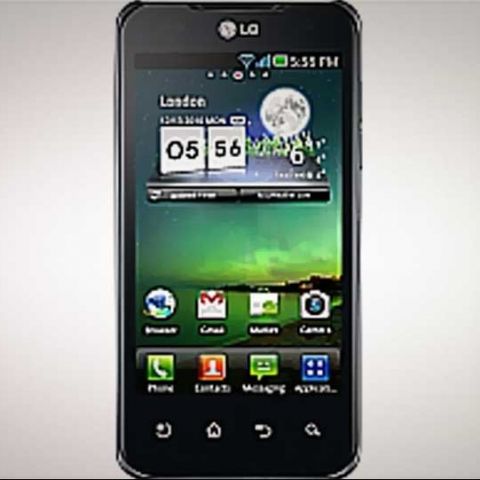 The Optimus 2X with the 1 GHz dual core processor offers a definite performance improvement over the smartphones powered by 1GHz single core phones. While it feels just same as the likes the HTC Incredible S and the Sony Ericsson Xperia Arc under normal usage, but take it to the next level with gaming, and the extra power does make the difference. For a price of around Rs 26k, this is definitely a better deal than the HTC Incredible S, the Samsung Nexus S and the Sony Ericsson siblings- the Arc and the Play. Along with the extra power, you will get a very capable phone, excellent display, a good camera, HDMI video out capability and 8GB built-in storage.

It is true that all phones come with their own selling points and their own ‘claim to fame’. However, what is also a fact is that almost none of them can lay claim to what the LG Optimus 2X has- the world’s first smartphone with a dual core processor.

This is LG’s biggest bet in the high-end smartphone market, not just because of the price, but also because of the kind of competition it is facing. The iPhone 4 has its own staunch supporters, and they don’t care if the rivals have a dual core processor or not . At least not till the iPhone gets a dual core processor anyway! The Samsung Galaxy S II has also been launched (For the complete hands-on, click here) in India, which just makes competition tougher for the Optimus 2X. What LG really needs here is for buyers to understand what the dual core experience is supposed to offer, and in what scenarios does it really work.

Straight out of the box, and the LG Optimus looks just like any other smartphone out there- the often seen form and finish. The 4.0-inch screen has four touch-based keys placed below it- menu, home, return and search. The display is the Gorilla Glass type. The panel around the display is dressed in glossy black colour. The left side panel is completely clean, which is rarity these days with phones- since they need to stuff in a lot of stuff on the every slimming form factors. The right side panel has the volume controls, but no dedicated camera button. The top of the phone is a busy place to be power button, HDMI out port and the 3.5mm headphone jack. The bottom panel has the micro USB port and dual speakers, which do pack a real punch. The rear panel has a brown finish, matte thankfully, with a silver strip running down the middle- “with Google”. Above the strip is the 8MP camera with the LED flash. 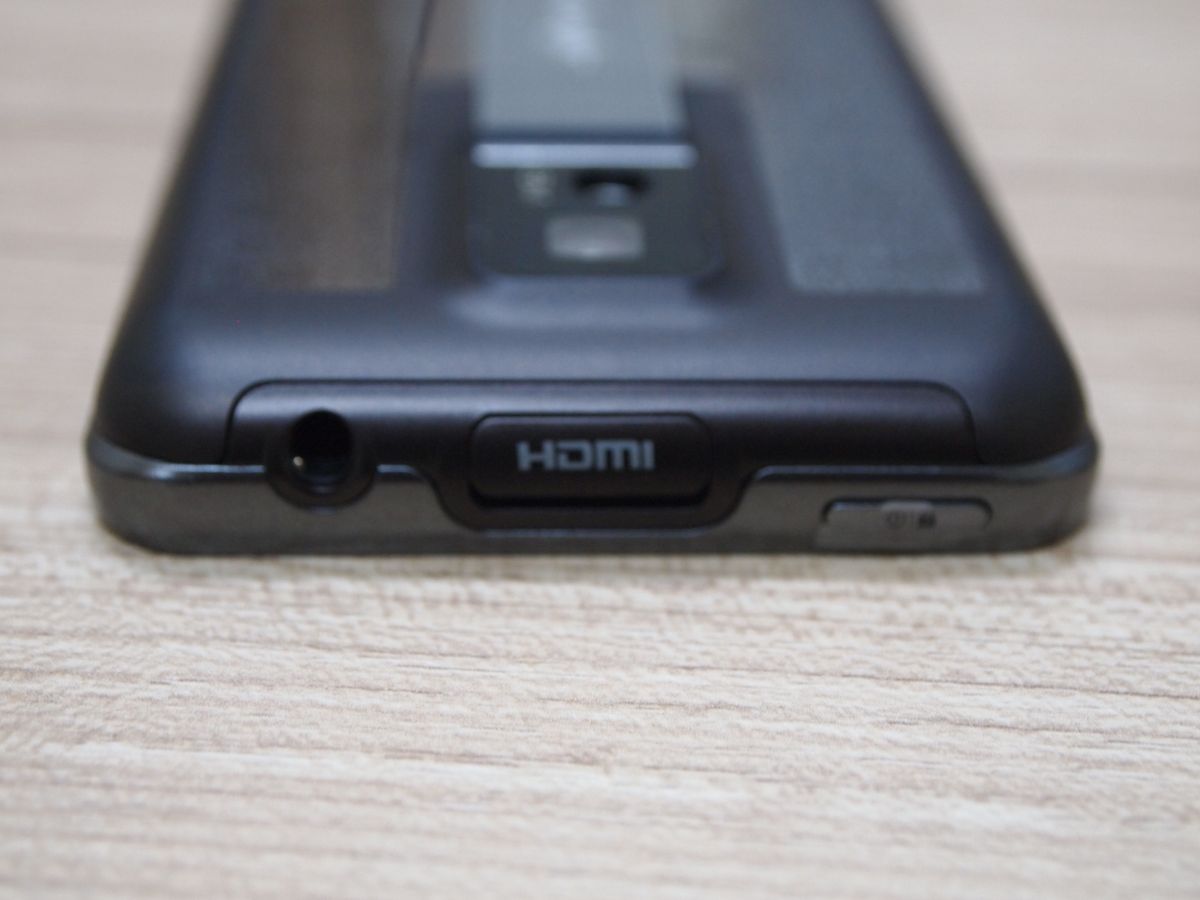 It is obvious for a 4.0-inch screen phone to feel big, but the critical element is the comfort factor (how well it grips in the hand) while using it. The Optimus 2X does well on that front, and allows you to use the phone with the same hand that is holding it. However, the phone does tend to slip a bit, if the hand isn’t perfectly dry.


Features: Lots of them

Well, where do I start! Let us take a look at the software bit first. This one comes with Android 2.2, with a promised update for Android 2.3 soon. This puts the Optimus 2X at a disadvantage, since the likes of the Galaxy S II will have Android 2.3 straight out of the box. However, what LG have done well here is made the UI look snazzier than before. The widgets look more in line of the HTC Sense, which is kind of the benchmark as far as Android UI’s are concerned. While flicking between the multiple screens on this UI, it was hard to miss the effort LG has put into making it looks vibrant. The widgets have more variety and are better looking too. Also, the pinch to see all home screens feature works very smoothly.

[RELATED_ARTICLE]The hardware bit, the Optimus 2X does seems to hold a lot of aces. The processor is the most talked about part of the Optimus 2X. However, let us not forget that the 8MP camera can record 1080p HD videos @ 24fps. The phone comes with 8GB built-in storage, and will hold up to 32GB in a microSD card. The 4.0-inch display is the IPS LCD type with a resolution of 480 x 800 pixels. What helps the processor along when the phone is in operation is the 512 MB RAM, which in my opinion should have been more. Even a 1 GHz single core powered HTC Incredible S has 768MB RAM! At the heart of the phone is the ARM Cortex A9 dual core processor, clocking at 1 GHz, with the Nvidia Tegra 2 chipset- a very powerful combo. Most people have remarked that this dual core processor is also 1 GHz, so how is it better than the other single core 1GHz processors out there? Well, without getting into the real number crunching scientific stuff, let us get to the performance bit, which will give you an idea of how the dual core responds in this phone.

Switch on the 2X, and it is the quick boot speed that is the biggest indicator of a powerful phone. The interface loads quite quickly, and the phone is actually usable without any lags. Flick though the home screens, and the interface changes smoothly without any jerks . However, it was weird and inexplicable to see the interface suddenly become jerky and slow down about once a day, and then get back up to its own usual smoothness minutes later! Installed a task manager to kill unwanted apps in the background, and that solved the problem. This brings me back to my earlier point about just 512MB RAM in the phone. More RAM would have alleviated this problem. Even the HTC Incredible S has 768MB of RAM, even though it is a single core processor power smartphone.

While the general perception is that a dual core smartphone will feel twice as fast as a single core one, it really isn’t the case. At least most of the time! Under standard usage scenarios- calls, messages, web browsing and basic apps, the Optimus 2X will feel like any other similarly spec-ed single core phone. However, get down to gaming and you will feel the real difference. The load times are much less, the gameplay is smoother and feels a lot livelier. Download Asphalt 6: Adrenaline HD from the Android Market to get a first hand experience of the dual core power . Paired with the powerful processor is the Nvidia ULP (ultra low power) GeForce GPU. 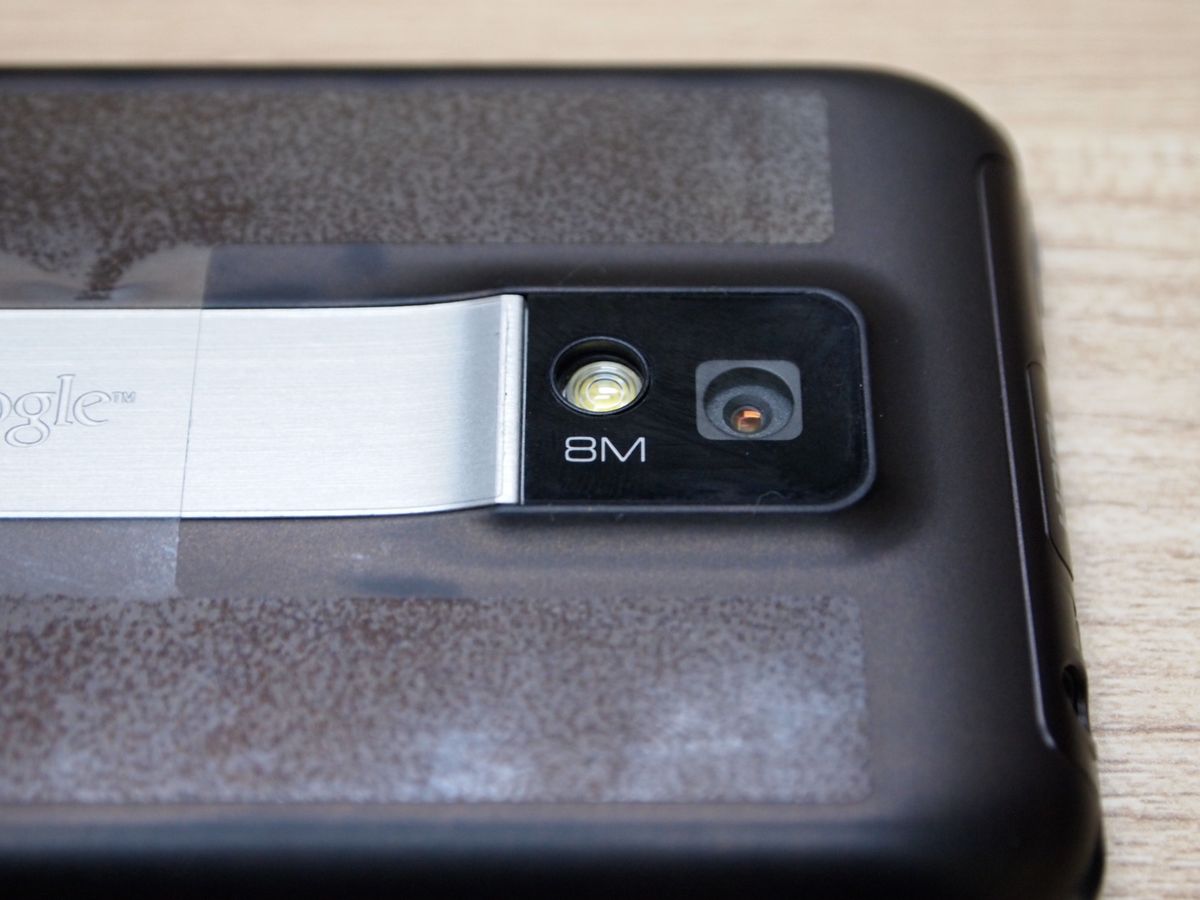 The camera performance is indeed very good. The 8MP snapper is capable of taking some really lively pictures. The fact that the Optimus 2X can record 1080p HD, is something very rare. The video quality on offer is good, and the videos are smooth, crisp and vivid. However, like most smartphone cameras, this one will end up with grainy results in dimly lit surroundings, for snaps and videos.

The display quality is quite good. The brightness level of the display is excellent, which in other terms means- really bright! The visibility in sunlight is very good, something which has not been the case, rather disappointingly, with some smartphone displays. Not only are the colours extremely vivid, but there is literally no visible gradation in most images. 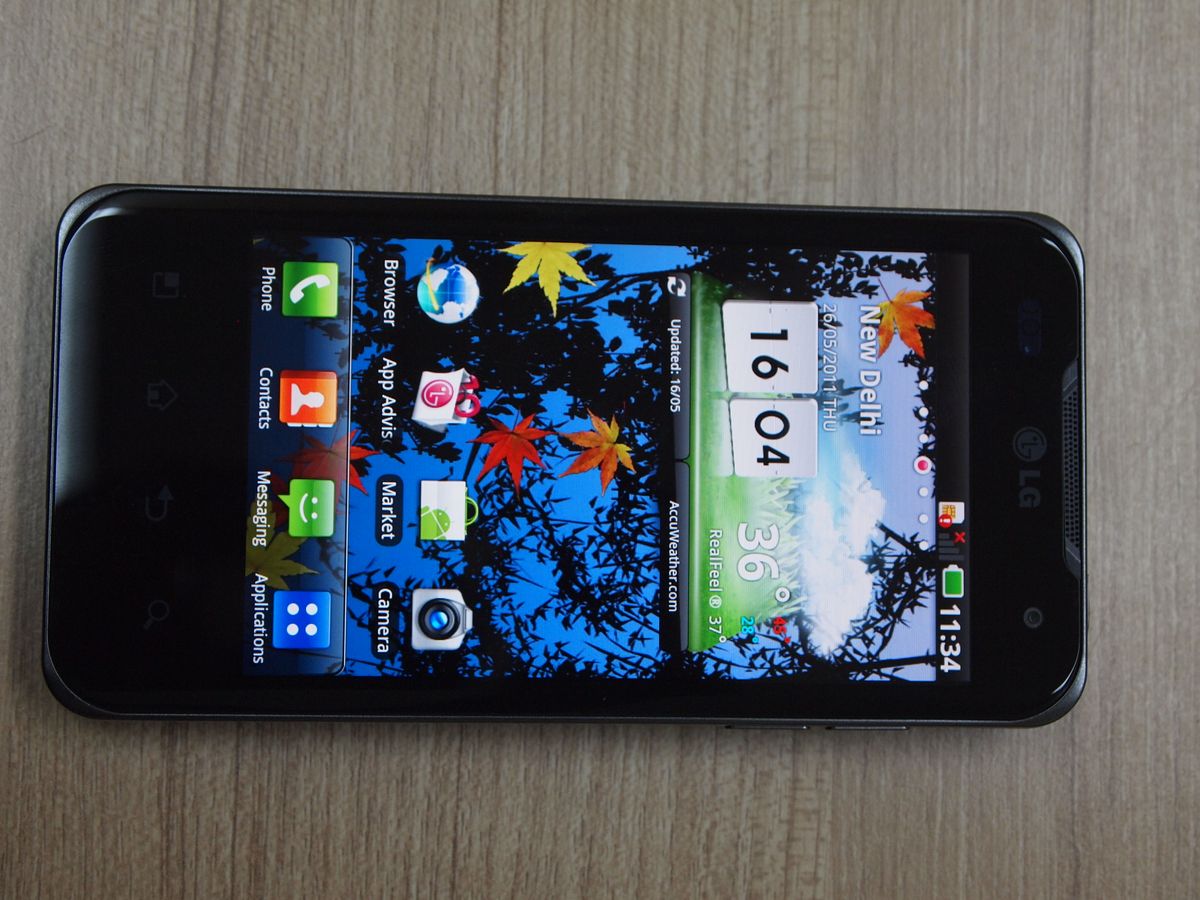 The call quality offered is a mix of the good and the disappointing. While the clarity is good, earpiece volume is on the lower side. It is a bit difficult to hear the person on the other end of the line, if you are in a noisy place. The speaker is loud and clear- enough to be audible in a small room. The hands-free is, quite expectedly, very basic. Good for calls and the occasional music listening, but you will need a good pair of earphones if you listen to music any more than occasionally.

It was a fear (and a pretty fair fear) that the dual core processors will reduce the battery life of the phones considerably. However, Optimus 2X lasted 2 days from full charge to full discharge, with a few calls, lots of IM, some SMSes and a bit of web browsing thrown in. This is extremely good, considering the powerhouse this phone is.

Our Take: Dual core power, on a budget

The LG Optimus 2X is definitely a step up from the single-core processor powered smartphones. The extra power on tap, the good display, a good camera with 1080p video recording and a surprisingly good battery life- seems to have all the ingredients of a good phone. The bland looks may be a disappointment to some. For a price of around Rs 26k, the Optimus 2X has the Samsung Nexus (read review here), the HTC Incredible S (Read review here) and the Sony Ericsson Xperia Arc (Read review here) as its main rivals. However, considering the fact that this is a dual core powerhouse, the 2X is definitely worth considering. Why not get the extra punch for the buck!