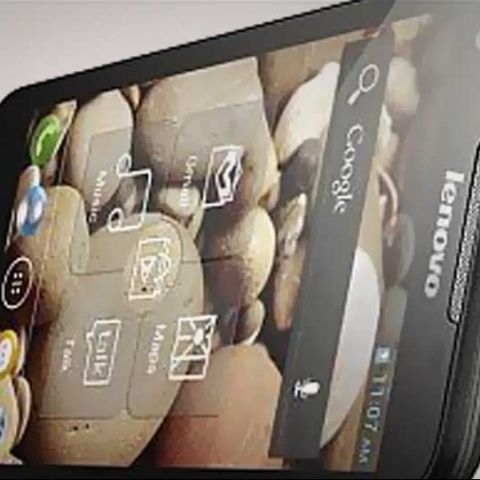 The IdeaPhone S880 is the lesser-priced sibling from the family of phablets that Lenovo has launched in India. If you thought that phablets mean you need to spend big money, think again. The S880's performance is pretty much acceptable for a mid-range Android device. For the dearth of like-for-like display size alternatives in the same price bracket, the S880's test results pegged it slightly behind the Sony Xperia Go, but consistently ahead of the HTC One V. Make of that what you will, but surely the big display experience cannot be ignored.

When we had reviewed the S880’s high-end phablet sibling, the K860 recently, we had talked about the fact that Lenovo isn’t the first brand name that you think of when the word smartphone pops into your head. However, that doesn’t change the fact that this phone, just like the K860 (read our review), is a fairly competent device. And at the price point the S880 is offered at, it makes for a rather interesting device.

Build & Design
Just like with the K860, the Lenovo IdeaPhone S880 straight out-of-the-box doesn’t show the massive footprint you would expect from a 5-inch display phone. Both phablets have fairly different designs, but the thin bezel on the right and left sides, common across both, does have some bearing on keeping it slim. The earpiece sits above the display, with a grille that feels fairly standard. There are no touch sensitive or hardware keys below the display. That is because the Lenovo skin wrapped around the OS takes care of those tasks, on-screen. 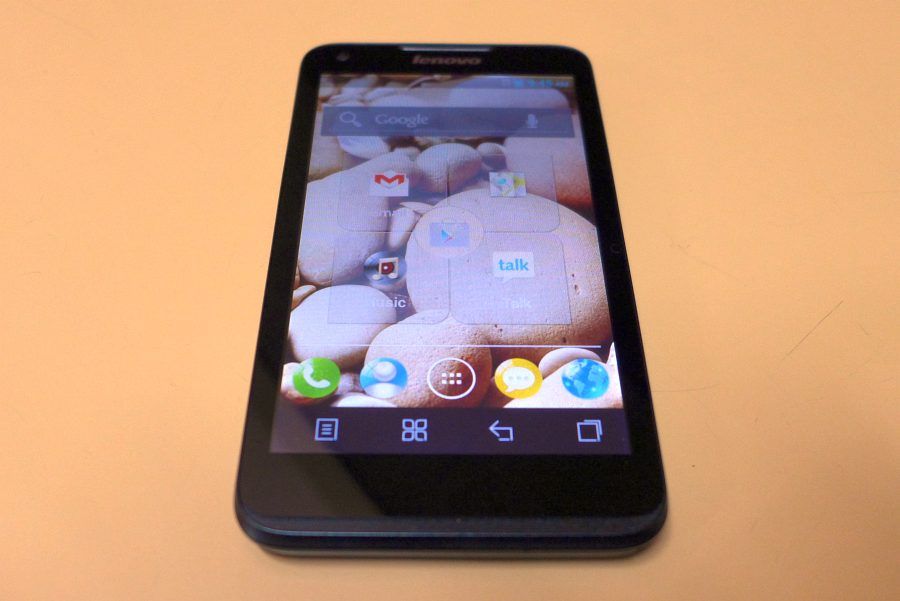 Below the Lenovo IdeaPhone S880’s display, towards the very lower end of the front face, is a little depressed groove running from left to right, and is as thick as a matchstick. This is where the handsfree speaker sits. While the design is good, the issue with this is it will catch a lot of dust, which will be difficult to dislodge later. 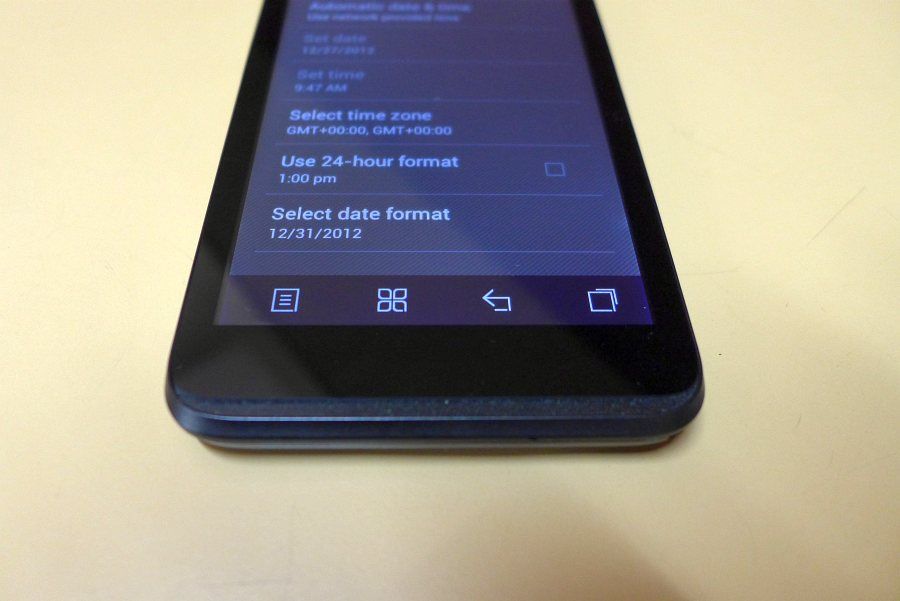 The Lenovo IdeaPhone S880’s right spine has the volume rocker, while the left spine has been left completely clean. The top has the 3.5mm headphone jack, the power key and a micro USB port. Unlike the K860 where there is a strip of chrome framing the phone, there is the same colour theme throughout. The little element of contrast is missing from the S880, but the phone looks fairly good nevertheless. 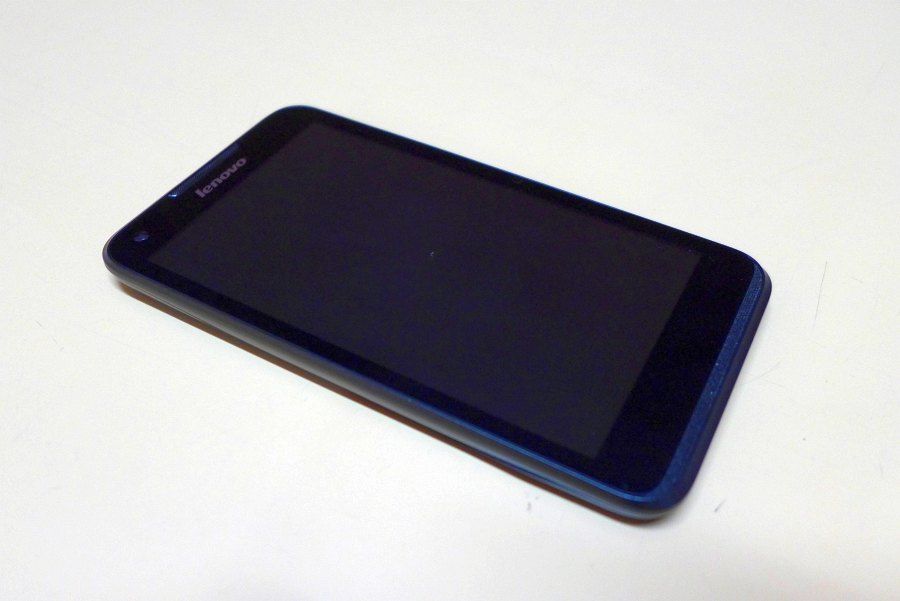 Just like the K860, the battery cover of the S880 has the matte dark brown finish. The imprint design and the slightly coarse finish does help immensely while gripping the phone during the single hand operation. Towards the top is the 8MP camera. 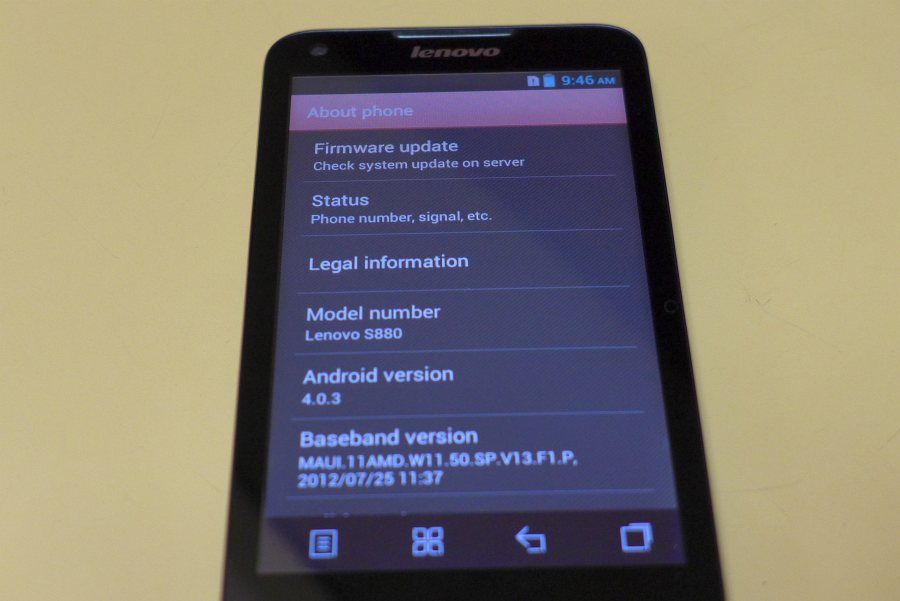 Open the Lenovo IdeaPhone S880’s battery cover and you can access the battery, and two SIM card slots as well as the microSD card slot. While the S880 is meant to be a mid-range Android phablet, the build quality is fairly classy with no rough edges. 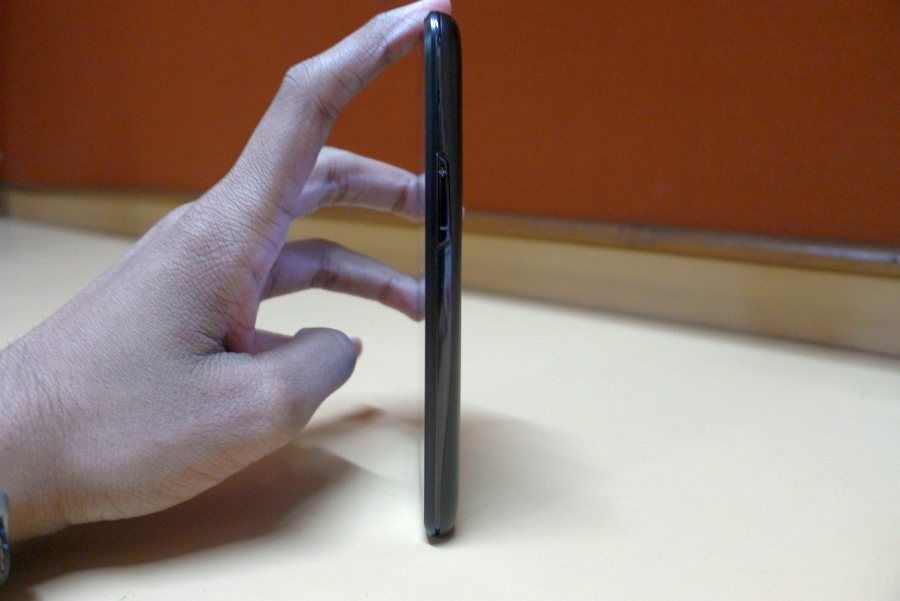 Features & Specifications
The Lenovo IdeaPhone S880’s specification sheet clearly indicates a mid-range power package, and that is where Lenovo has pegged the phone. The 1GHz processor offers grunt that will get you through most tasks without the urge to pull your hair out! But as we had said earlier, there are the limitations. With 512MB of RAM, you can get most apps to run smoothly, and multitasking to a certain extent.

However, the real attraction of buying the IdeaPhone S880 is the big display. The 5-inch display has a resolution of 800x480 pixels. We will explain the performance in detail in the next section. 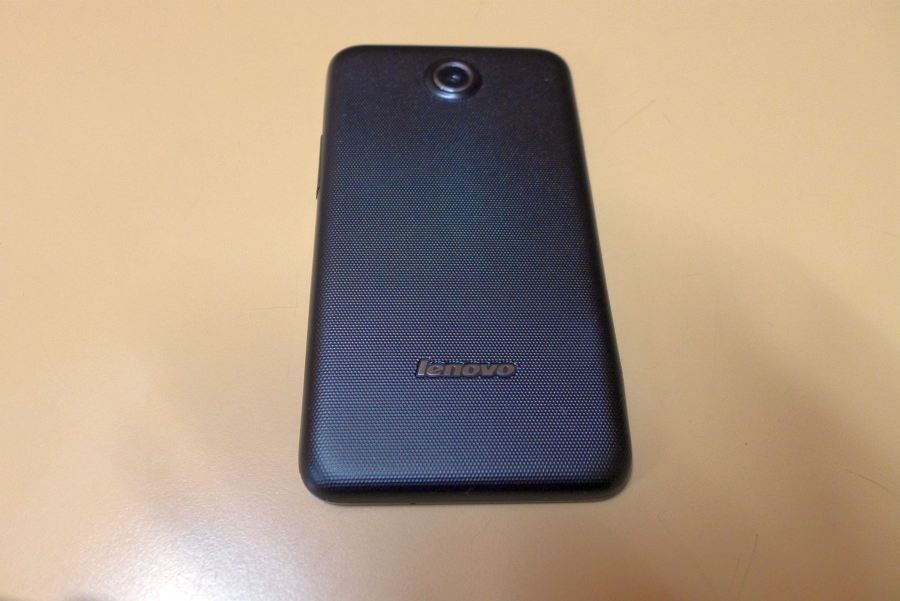 Interestingly, the IdeaPhone S880 is a dual-SIM smartphone. Both SIM cards need to be on the GSM network. The first SIM can do voice and 3G, while the second SIM will do voice but support only 2G data connectivity. There is 4GB built-in storage on the Lenovo IdeaPhone S880, with a microSD slot for expansion. 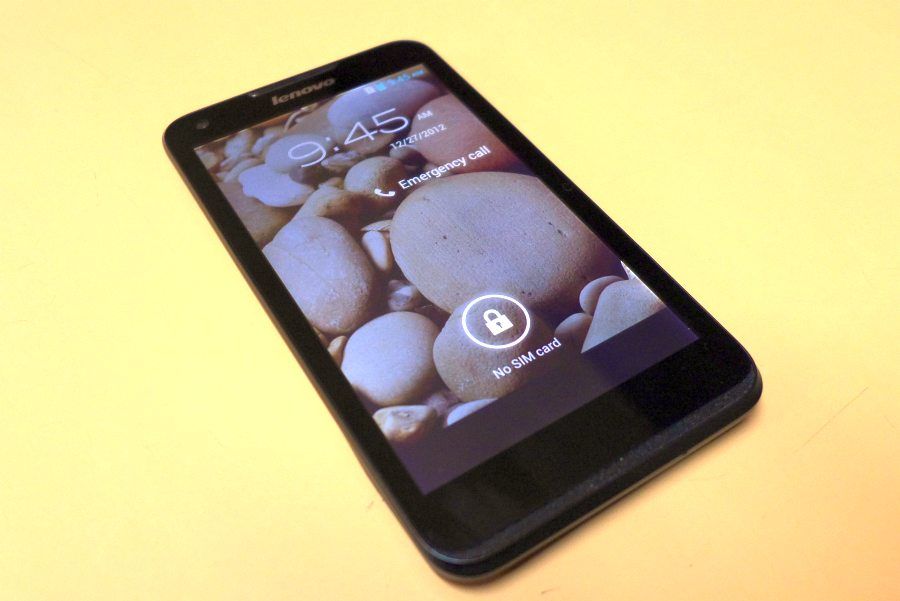 It is rather surprising that the Lenovo IdeaPhone S880 comes with Android Ice Cream Sandwich on board, and we have not heard anything about an upgrade to Android Jelly Bean, if at all. While the performance, which we will talk about in the next section, is impressive, the fact that it still has an older OS points to some untapped potential.

Visit page two to read about the Lenovo IdeaPhone S880's Performance, and Verdict...

Performance
To get it straight from the outset, let us specify that there is no like for like device in the Rs. 15,000-Rs. 20,000 price bracket to compare the Lenovo IdeaPhone S880 to. Hence, we will put the performance in perspective by comparing the test results with the better Android phones in this price bracket – the Sony Xperia Go and the HTC One V, for example. In our benchmark tests, the IdeaPhone S880 falls slam bang in the middle of these phone devices, with the Xperia Go leading and the One V one step behind. In terms of real world usability, the lesser amount of RAM than the optimum quantity is a bit of a bottleneck, after a certain level of taxing the system. You can have 4-5 apps open in the background, and the phone will not show up the load. Any more, or when gaming, the slight lag is quite evident.

What helps keep the Lenovo IdeaPhone S880’s system smooth to a certain extent is the light user interface skin that is wrapped around Android. While it remains largely un-intrusive to your usual usage pattern, the usability is pretty much up there. The widgets are the basic variety – the logic being that if you need more, you can always download third party apps from the Play store.

The Lenovo IdeaPhone S880’s 5-inch display, the unique point of the phone, is a bit of a mixed bag in terms of the performance and the experience. The low-ish resolution of 480 x 800 pixels is quite evident from the outset. Straightaway, you do realize that the text isn’t very crisp. The sharpness of the display as a whole does leave something to be desired. Colour handling, as a result of that, is not the best. Depth is fine for most colours, but you can see gradation in certain places, particularly images. Brightness levels are very good, and contrast is pretty adequate to make black levels not look like dark grey. Good phone for basic usage, but for someone who is finicky about the display quality, the big display size doesn’t make up for the lower resolution experience. Overall, not a deal-breaker, but definitely should be upgraded in the next refresh.

The Lenovo IdeaPhone S880’s battery life is fairly good, with the 2250 mAh battery lasting a day and a bit more when used as a primary phone. This is with brightness set at 50% throughout, which quite frankly, is more than the optimum level for most usage scenarios.

The Lenovo IdeaPhone S880’s 5MP camera is a very basic clicker, with no flash. This works fairly decently is you are taking shots in sunlight or in a brightly lit environment indoors. Any lesser than that, and the camera is pretty much unusable. For medium lighting, the images will be noisy, with the same scenario for videos as well. Basically, this camera will be useful only if you need it urgently, but nothing more.

Bottom Line
The positioning of the Lenovo IdeaPhone S880 is very clear – the phablet experience that doesn’t cost a lot of money. And for that, we must appreciate what the S880 is offering. The performance is very much acceptable, and for most users, it will never feel underpowered. The good battery life is a huge bonus. And not to forget, this phone has dual-SIM capabilities. The display quality definitely could have been better, but even now, it isn’t a deal breaker. We would recommend this to anyone who is looking for a big display phone, for all the comfort of use it can offer.