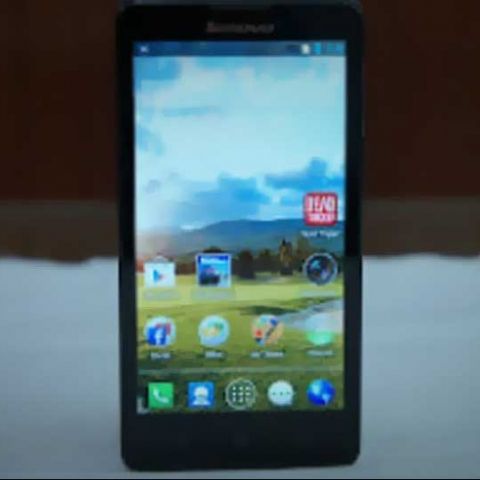 The Lenovo P780 brings quite a few good features to the table. The build is solid and the battery life is great. The preloaded UI may not appeal to all but I think its ok and gets the job done. The down side is that the camera is average and the battery is non removable. If you are in the market to pick up a sub 20k phone with a great battery life, you can totally consider picking this up.

We have seen a lot of smartphones launch that boast of the MediaTek MT6589 chipset and there was very little that distinguished one from the other. We have the Lava Iris 504q that boasts of gesture capabilities, and the Canvas 4 that has a slew of gesture controlled features that could give Samsung a run for its money, so on and so forth. Today we have with us the Lenovo P780. The smartphone has a whopping 4000mAh battery and a build very reminiscent of the Lenovo K900. Does this smartphone deserve your attention?

At a glance
The Lenovo P780 has a very good build and feels heavy in one’s hands. The smartphone has a 5-inch IPS display with a 1280x720 pixel resolution. It has 4GB built-in storage expandable via a microSD card. The rear has an 8MP camera and the front has a 1.2MP shooter for video calling. The P780 runs on the MediaTek MT6589 chipset with the CPU clocked at 1.2GHz. You have Android 4.2 Jelly Bean straight out of the box and Lenovo has its own custom UI overlaying the OS.

Design
Heavy and well built are the first thoughts that will come to your mind when you hold the Lenovo smartphone for the first time. It has a rectangular form factor keeping the design traditional and simple. The rear of the device has a slight curve to it making it comfortable to hold. Coming back to the front, you have the three capacitive buttons below the display – menu, home and back. The design of these buttons is different from what we have seen traditionally on smartphones and is the same that we have seen on other Lenovo smartphones such as the Lenovo K900, Lenovo S860, Lenovo S890 and more.

Coming to the rear of the P780, it sports metal, chrome and plastic making it sturdy and well built. The chrome strip goes around the device; the rear removable panel is metal and the rest, plastic. Rip out the rear panel and you have access to the two SIM card slots and the microSD card slot. The 4000mAh battery is there in front of you, but  isn’t user replaceable. The rear metal panel is a fingerprint magnet.

The volume rocker is on the right of the device and the headphones jack along with the power button and the microUSB port are at the top. The microUSB port rests under a flap.
Overall, the design of the smartphone is very good, much better than other devices in its price range. The only other smartphone with comparable build quality is the Xolo Q1000S.

UI and preloaded apps
The Lenovo P780 runs on Android 4.2 Jelly Bean and is skinned with Lenovo’s own UI. The lock screen is stock Android, but once you have unlocked the device, the UI comes into play. The icons aren’t stock Android and when we showed the interface to people, some found it to be childish whereas others were indifferent.

The drop down notification too isn’t stock Android. You have access to the notifications and a bunch of shortcuts such as brightness, smart roll, autorotation, Wi-Fi, Bluetooth, and more.

Coming to the suite of preloaded apps, you have access to a ‘super gallery’ (which is nothing more than a well laid out gallery for your images and videos), AccuWeather, CamCard (take a photo of a business card and the information is saved on the phone), CamScanner (the ability to scan a document with the phone), Route 66 maps navigation, and games such as Asphalt 7, Block Breaker and Little Big City.

One interesting app that comes preloaded with the device is Lenovo Power. The app shows you the power consumption of the smartphone and also has a bunch of modes in which you can use it – extreme, long, best and customized. Each mode has its own unique feature of saving battery and if you want to customize, then use the customized profile.

The power saving apps gives you access to a bunch of settings such as Lock screen network activity (where unlisted apps will disconnect from the network when the screen is off), Lock Screen cleaning (Clears running apps in the background to save power when the screen is off), and more. The app also gives you an estimate as to how many hours the device will last based on the mode of usage.

There are quite a few third party battery management apps available on the Play Store and we have seen the Xolo Phones come with a preloaded battery saving app but the customization and level of detail in the Lenovo Power app is quite impressive.

Overall, the UI doesn’t change the user experience as Sense UI or TouchWiz does, but there is enough here to distinguish the smartphone from the herd of stock Android devices out there.

Performance
Coming to the performance of the Lenovo P780, here is a quick look to see how it performs when compared to other smartphones in its price range.

From the above benchmarks we can see that the Lenovo P780 is an average performer. There are some benchmarks where it scores well such as Quadrant but there are those such as 3DMark and SmartBench where it doesn’t.

Moving on, the display of the Lenovo P780, at full brightness is vibrant. The viewing angles are good too. The 5-inch display has a pixel density of 294ppi, which is good. We saw the standard array of videos on the device ranging from MKV to MP4 and AVI. The videos were plagued with the same problem that we have with the MediaTek chipset. You have the MKV files where only the video runs and the audio isn’t recognized. The rest of the formats were recognized natively and that is a good thing.

The keyboard on the P780 is stock Android and interacting with the device, browsing the web, downloading apps, etc. was a good experience.

Games such as Angry Birds, Temple Run 2 and more ran quite well. Even Dead Trigger was smooth for the most part and Real Racing 3 managed to run on the smartphone.

The camera on the rear of the Lenovo P780 is 8MP and its performance can be described as average at best. In well-lit conditions, especially outdoors, the camera performed well. In low-lit situations, there was a lot of noise and loss of detail.

In terms of its battery life, the Lenovo P780 is one smartphone that has the potential to last for two days of average use and that’s saying a lot considering most smartphones don’t even manage a day. If you use the power management tools at your disposal, you will get the device to last for really long.

Bottom Line
The Lenovo P780 brings quite a few good features to the table. The build is solid and the battery life is great. The preloaded UI may not appeal to all but I think its ok and gets the job done. The down side is that the camera is average and the battery is non removable. If you are in the market to pick up a sub 20k phone with a great battery life, you can totally consider picking this up.