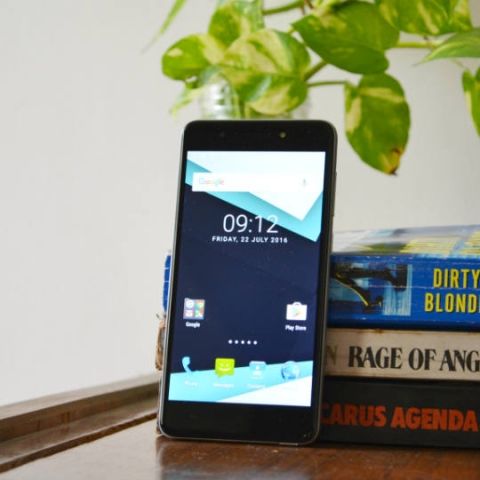 The Lava X81 looks good, but in every other measurable aspect remains inferior to the competition. If the phone had been priced around the 7K price mark, it might had been something worth considering. However with performance monsters like LeEco Le 2 and Xiaomi Redmi Note 3 in the same sub-15k price bracket, it is quite hard to suggest anything else, unless you want a smaller 5-inch display. Also, if camera is your priority and you want stock Android on your phone, the Moto G4 Plus, should be the phone for you.

If you are buying a smartphone in India, chances are your budget lies between the Rs. 10,000 to Rs. 15,000. If this is indeed your budget, then you are in luck my reader as the market favours you at the moment. There are more than a dozen smartphones in the market, trying to get your attention. Most of these smartphones offer good performance, dollops of RAM, metal build, large 5.5-inch displays, variety of storage options, dependable battery life and more. In this sea of smartphones, Lava has launched its X81. Yes, the naming convention is little different considering the last phone we tested in the same price bracket from Lava was called V5. However, both phones look quite similar on paper, although Lava has added some changes into the mix. Has it worked? Let's find out.

Build and Design: Another iPhone look alike
It has been years since I last saw the iPhone 3GS. It was a very good looking phone and maybe that's why many smartphone makers follow the same design formula even today. My point here is, the Lava X81 looks pretty similar to that age old iPhone 3GS. This means, the X81 is a very good looking phone, period. The design may have aged but Lava has done a good job nonetheless recreating it. The curved back combined with the contoured glass on the front makes the phone quite ergonomic and quite easy to use with one hand. However, while the Lava X81 looks good, same can't said about the build quality of the phone. The plastic back is much more prone to scratches compared to the metal clad phones we see nowadays. Adding to that are the not so tactile buttons. Also, don't be fooled by the dual speaker grill, because the device has just one speaker, which will get muffled if you are using the phone in horizontal position. Display and UI: Dimmer than I thought
It is hard to find a bad display on smartphones these days, especially if they are over the 10K price point, but that doesn't mean that majority of phones have good displays. The thing is, most displays lie in the average part of the spectrum and the Lava X81 is one of them. The phone offers respectable viewing angles, the touch response is good but it's sunlight visibility and overall brightness is low. However, the bezels of the phone have been kept in check and many users may like the smaller display. 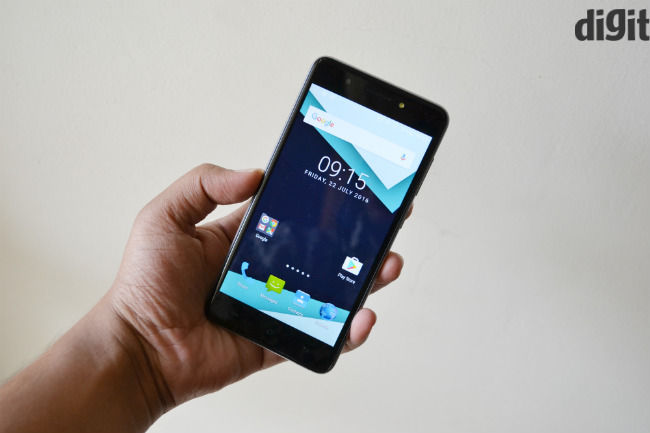 The X81 runs on Star OS 3.0, which is layered on top of Android 6.0 Marshmallow and is another attempt by Lava to make a UI. However, nothing much has changed since the Lava V5. The UI still feels like an unnecessary skin on top of the OS. It doesn't add more functionality like app lock, cloud based sync, or even a themes manager, which is a common utility in custom UIs. What it does come with is gesture control, which works most of the times and as intended. One functionality which seems missing though, is the lack of a fingerprint sensor. 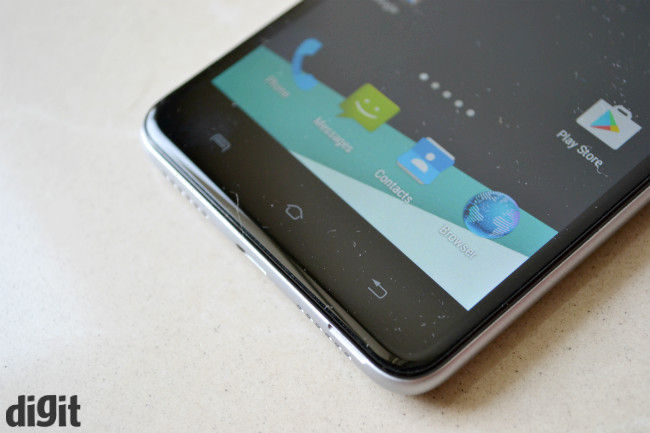 Performance: Not a performance beast
The Lava X81 is powered by a tried and tested MediaTek SoC, which is hitched with 3GB of RAM. While the X81 can perform all core functionalities a smartphone is supposed to do such calling, playing Full HD content, streaming music, running apps or just playing mobile games, it can't do everything perfectly. The issue is, the phone lags and stutters quite often and sometimes inconsistently. For example, one time the race in Asphalt 8 ran properly without any hiccups and the other time, it just froze. While light users may not find the performance lacking, users who rely on multi-tasking and switch between apps often may find the phone not that fast.

If we compare the real life performance of the phone with the category leaders, Xiaomi Redmi Note 3 and the LeEco Le 2, there is stark difference in performance. The synthetic benchmarks also support the prior argument. 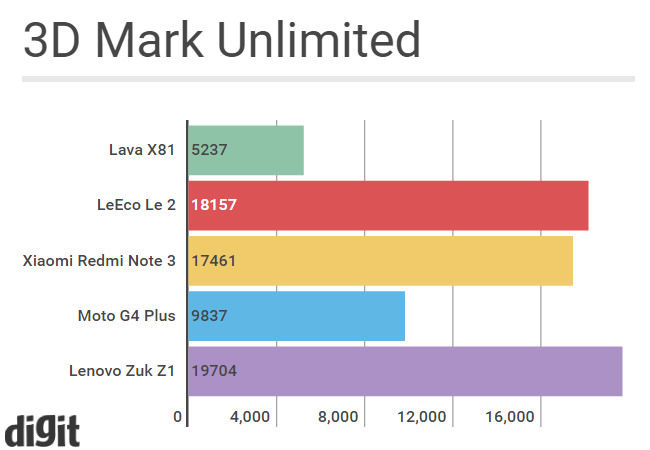 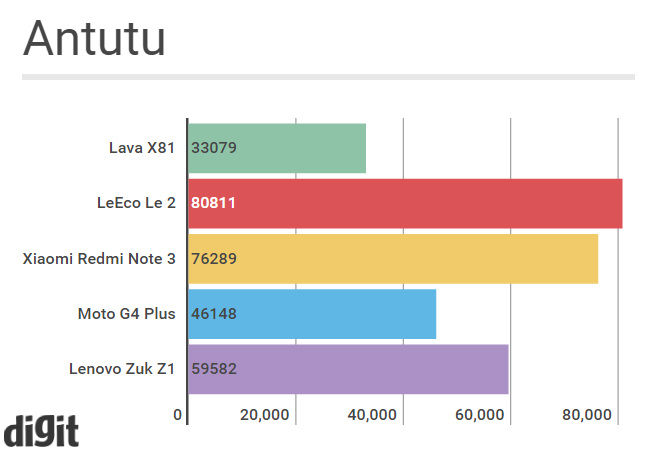 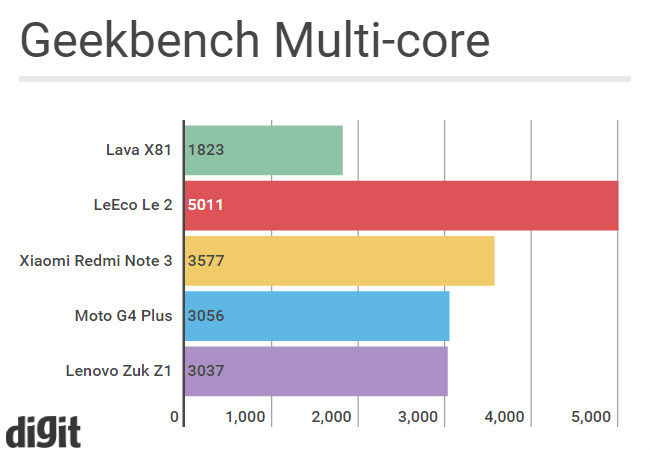 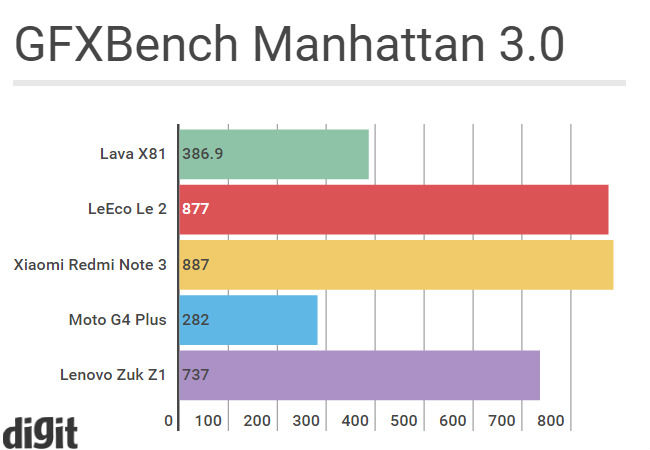 In my tests I found signal reception on the phone was fine most of the times, but I have seen better. On the other hand, call quality of the phone as well as the music output of the device is just be fine.

Battery: Falls short of good
The 2700mAh battery is ample for a day's work of usage, but only if you are not a gamer. Using the phone as a daily driver with no gaming, which included 30 mins of calls, music streaming for about 2 hours, watching YouTube, using social media apps and keeping tabs on mails, the phone was almost out of juice by the evening and required a quick top up. Mobile games are like the enemies of the battery life and thus are the best tests to check how good is the battery life under processor intensive tasks. Thus in my tests, 1 hour gaming depleted the battery by 25%, which is a bothersome figure. So, with gaming included into the daily test cycle, the required a quick charge around much time. 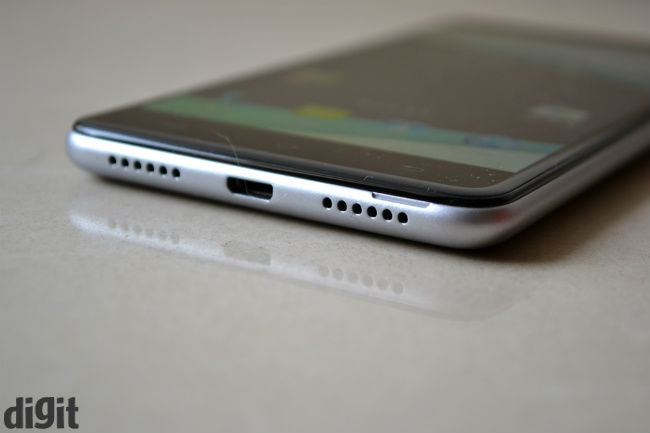 Camera: Lacking detail
There is a 13MP camera on the Lava X81 and I was expecting at least Lava V5 like image quality. Unfortunately, that isn't the case here. The rear camera on the Lava X81 is just about average. Images taken reveal lower colour saturation and a varying lack of detail. Low light images are almost unusable. The camera is not even able to achieve a similar dynamic range as the V5. The autofocus and shutter speeds are also a little slower than my expectations. Needless to say the shutter speeds and focusing further increases under low light.

The front facing selfie camera does a decent job only if you intend to use the images taken on social media or use the camera for video chat in a well lit environment. 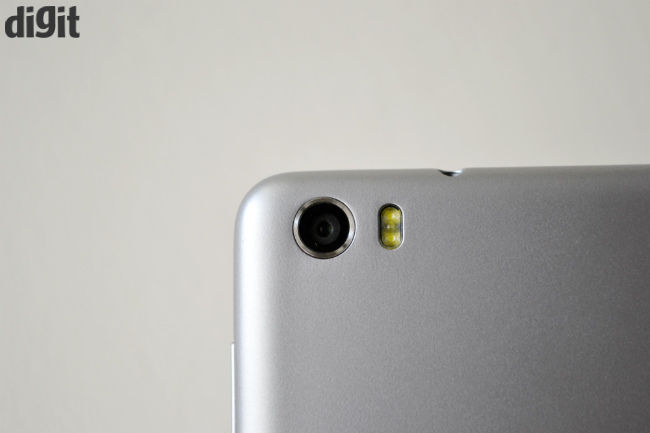 To buy or not to buy?
The Lava X81 looks good, but in every other measurable aspect remains inferior to the competition. If the phone had been priced around the 7K price mark, it might had been something worth considering. However, with performance monsters like LeEco Le 2 and Xiaomi Redmi Note 3 in the same sub-15k price bracket, it is quite hard to suggest anything else, unless you want a smaller 5-inch display. Also, if camera is your priority and you want stock Android on your phone, the Moto G4 Plus, should be the phone for you.