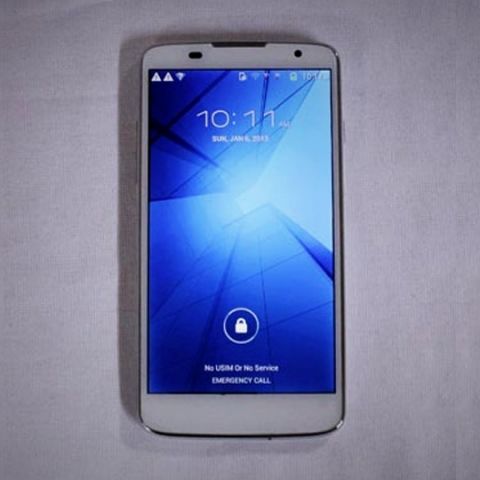 The Titanium S5 Plus by Karbonn is one of the better smartphones one can get under a budget of Rs. 11,000 and delivers good performance.

A number of 5-inch devices have been launched in the market and it has become quite difficult to choose one from them all. The Titanium S5 Plus by Karbonn is also a member of the 5 inch family and is available under the Rs. 11,000 price bracket. So does it offer enough at the price?

The specs of the Titanium S5 Plus include a 1.3GHz quad-core processor with 1GB of RAM, 4GB of inbuilt storage and a microSD card slot to expand your memory. It has a 5 inch IPS display with qHD (960x540 pixels) resolution, an 8MP rear camera, a 0.3MP front camera, dual-SIM capability, Wi-Fi and an 1800mAh battery. The smartphone runs on Android 4.2.2 Jelly Bean.

When looking for a smartphone in the low to mid segment, one has to usually compromise on either some features or the build quality. The Titanium S5 Plus, quite frankly, has decent build quality; it has glossy plastic all around with some chrome accents which make it look good. The handset actually feels good in the hand as it isn’t that bulky, although it does tend to slip thanks to the glossy body. 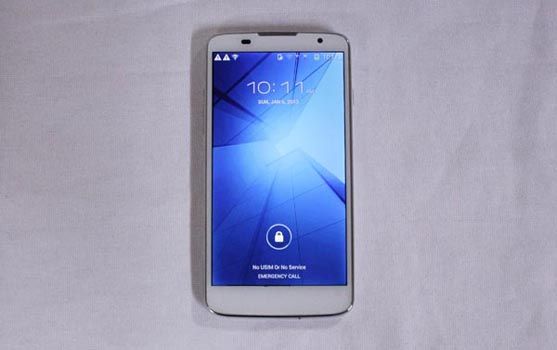 With respect to the 5 inch IPS display, we really wished it was a 720p display. The display, even though crisp, lacks a certain punch to it. The glass on the front panel did annoy us a bit as it is prone to fingerprints and smudges. There are the usual sensors above the display along with a VGA front camera. 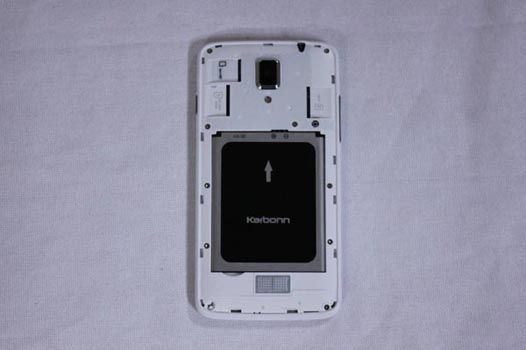 On the left we have the volume control keys finished off in chrome, the top has the microUSB port with the 3.5mm audio jack and on the right there is the power/lock key (also in chrome). The back houses the 8MP camera with an LED flash and the speaker is at the bottom. Under the back panel we have an 1800mAh battery, two SIM slots and a microSD care expansion slot. The hardware on the Titanium S5 Plus is pretty good which includes a 1.3GHz quad-core processor with 1GB of RAM and 4GB of internal memory.

For a sub-11k smartphone, the Titanium S5 plus is very good looking device. Of course the brand does matter a lot to many buyers, but then again, a lot of Indian manufacturers have been producing some real quality hardware.

The Karbonn Titanium S5 Plus runs on Android 4.2.2 Jelly Bean with a custom layer on top which includes options for customizing the UI via themes, wallpapers, fonts and more. The handset handles the OS pretty well and we didn’t see any issues in the response time or any lags in the overall performance. Multitasking didn’t show any issues either as we were able to run about 8-10 apps at the same time without any crashes. 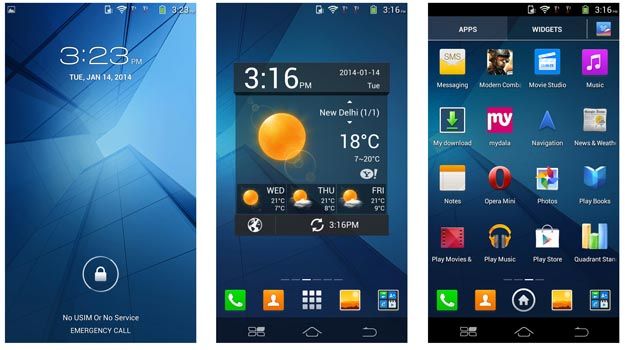 We tried some well know game titles like Temple Run 2, FIFA 14 and Dead Trigger 2 for the gaming test. All of the games ran smoothly without any major lags; however we did see minor stuttering on some occasions. After about 20 minutes of continuous gameplay, the smartphone got a little warm, which is standard on almost all Android smartphones.

We played around with the 8MP camera on the Titanium S5 Plus which is capable of taking full HD videos. The colours and sharpness are not up to the mark, and low light performance takes a toll on the camera as it seems there is no noise reduction. There is a zero-shutter delay option and a nice burst mode which is quite handy. Pictures in bright conditions are fairly good, but again lack a bit of crispness. 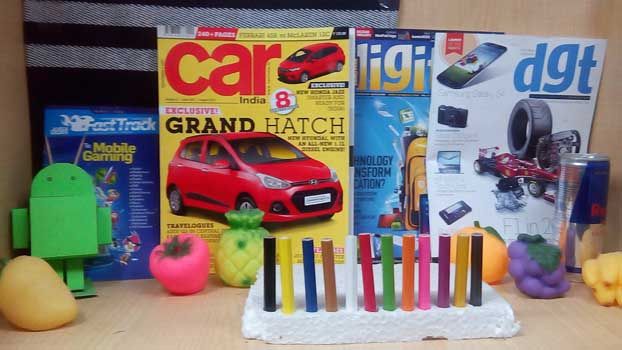 The colours seem slightly washed out and the pictures aren't that sharp. 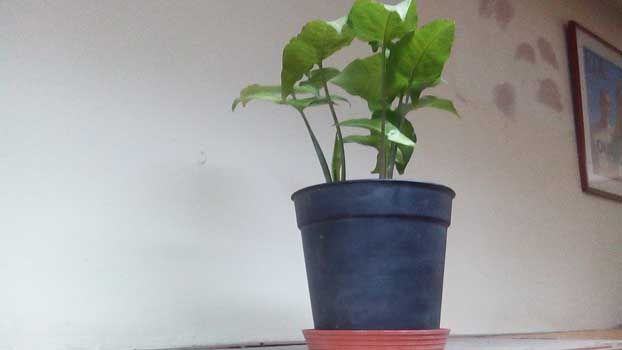 The camera doesn't have a high dynamic range and pictures have a lot of noise.

In the video mode, we saw the same issues. Colours seem slightly washed out and for the weirdest reason the video are stored in 3GP format rather than MP4.

For a budget of around Rs. 10,000, we think the Karbonn Titanium S5 Plus is very good option if you are looking for good performance and smart looks. The handset performs very well considering the segment it falls in and we would definitely suggest this smartphone, if you need an Android device. However at the same price you can go for the Lumia 525 if you aren’t so keen on Android.