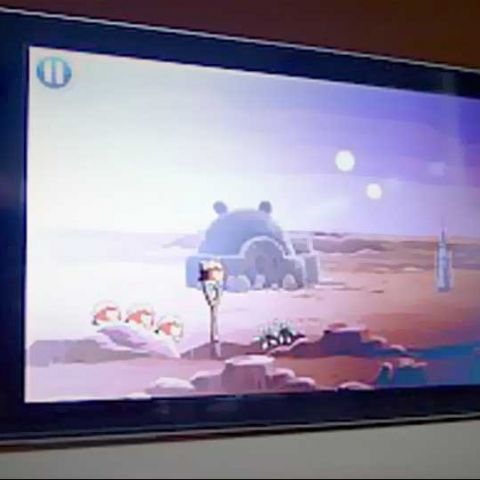 In terms of raw performance, the Intex Aqua 5 is the second best device in the sub Rs. 10k price bracket with its dual-core processor. But when it comes to a package deal, there are better alternatives available in the market. All the apps and games ran well on the device but the video playback was lacklustre with washed out colours. The form factor too is a bit square and may not appeal to some. If raw performance is what you are looking for in a phone, then this is the device for you. If you want a package deal, we suggest you take a look at the Micromax Canvas 2 A110.

When a product category becomes hot, every manufacturer wants a piece of the pie. When Dell launched the Streak way back in 2010, it was an innovative product but failed to capture the market’s attention. Samsung took a risk and launched the Samsung Galaxy Note in 2011. It was a great product and did what the Streak couldn’t, gain a market share.

By 2012 the phablet had established itself as a device that has a 5-inch plus display and has the potential to be a hybrid between a smartphone and a tablet.

A plethora of manufacturers have tried to satisfy consumers demand by launching budget phablets. The sub Rs. 10k category has seen the launch of devices such as the Zync Cloud Z5, Micromax Canvas 2 A110, Magicon mNote and more.

Today, we have with us another addition to the budget phablet category. Does the Intex Aqua 5.0 offer anything new to this emerging product category?

Build and Design
If you have seen the Intex Aqua 4, then you will be on familiar territory here. The Intex Aqua 5.0 looks like the Aqua 4’s bigger brother. It has sort of a square look to it which distinguishes it from other sub Rs. 10k phablets.

On the front the Intex Aqua 5.0 has a large 5-inch display. The top right corner of the front has the front facing camera. Below the display we have four touch capacitive buttons representing the home, menu, back and search. The search button has been omitted from a lot of the other budget phablets and smartphones it’s nice to see it make an appearance here. The left houses the volume rocker and the right has the power/sleep/wake button and the top has the headphones jack.

The rear of the Aqua 5.0 has the 5MP camera. The rear has a textured white finish making which may add to the grip but the squarish nature of the device sometimes makes it uncomfortable to hold. Under the hood, you have 2000mAh battery and it also boasts of dual-SIM capabilities.

Overall, the Intex Aqua 5.0 has tried to maintain its own identity with its looks where as other budget phablets have borrowed from their high-end counterparts. The Micromax Canvas 2 A110 borrows its design from the Samsung Galaxy Nexus whereas the Zync Cloud Z5 and the Magicon mNote borrow their looks from the Samsung Galaxy Note. It’s nice to see the Intex Aqua 5.0 stick to its own look even though it may not be the best design choice.

Features and Specifications
To start with the specifications, the Intex Aqua 5.0 has a 5-inch display with a resolution of 480x800 pixels. It is powered by a 1.GHz dual-core CPU, 512MB of RAM and runs on Android 4.0.4 ICS straight out of the box. The OS has a vanilla experience and this is a very good thing. The device has 4GB built-in storage that can be expanded up to 32GB via a microSD card. The rear has a 5MP camera with an LED flash and the front has a video-calling camera.

The specifications under the Intex Aqua 5.’s hood are at par if not better than the competition. The fact that it has a dual-core processor will make it snappier but may face a slight hitch due to the low 512MB RAM.

In terms of preloaded apps, the Intex Aqua 5.0 comes with the IRCTC, mobile tracker, USIM toolkit and more. It also comes with an app called the Intex Zone that lets users track their mobile, auto record calls and access the Intex website.

The preloaded apps on the Intex Aqua 5.0 aren’t anything outstanding and you do have access to the Google Play store to satisfy all your app needs.

Performance
For a sub Rs. 10k phone the performance of the Intex Aqua 5.0 is surprisingly good on paper at least. It has a dual-core processor and that definitely adds points to its kitty. Below are the benchmark score comparisons to see how it performs against the competition.

From the above scores, it is clear that the Intex Aqua 5.0 is the second best when it comes to raw horsepower under the hood. Yes, it does have the ability to multitask well and it also ran all the apps we threw at it from the Play store without a hitch. But raw performance isn’t everything.

The Intex Aqua 5.0’s display is rather disappointing with a resolution of 480x800 pixels. The videos on the device look really bad, worse than they did on the Micromax A110. The videos lacked sharpness, the colours are all off and the black levels were downright absent. You will not enjoy watching videos on this device. The audio can be said to be average.

For other uses such as gaming, web browsing and running apps, the Intex Aqua 5.0’s display runs fine but lacks an overall sharpness.

In terms of battery life of the Intex Aqua 5.0, it will last you for about one and a half day of above average use. That includes making some calls, social networking and a bit of YouTube. Considering most high-end smartphones barely make it through the day, this is a very good thing about the device.

The call quality of the Intex Aqua 5.0 is very good. The earpiece sounds clear and the distortion was quite minimal with full signal strength at least.

Last but not least, the Intex Aqua 5.0 boasts of a 5MP camera at the back. It isn’t the best performing camera nor does it have the highest megapixel count considering its brethren but its performance is at par with the other phones in its category if not better.

Bottom Line
In terms of raw performance, the Intex Aqua 5.0 is the second best device in the sub Rs. 10k price bracket with its dual-core processor. But when it comes to a package deal, there are better alternatives available in the market. All the apps and games ran well on the device but the video playback was lacklustre with washed out colours. The form factor too is a bit square and may not appeal to some. If raw performance is what you are looking for in a phone, then this is the device for you. If you want a package deal, we suggest you take a look at the Micromax Canvas 2 A110.