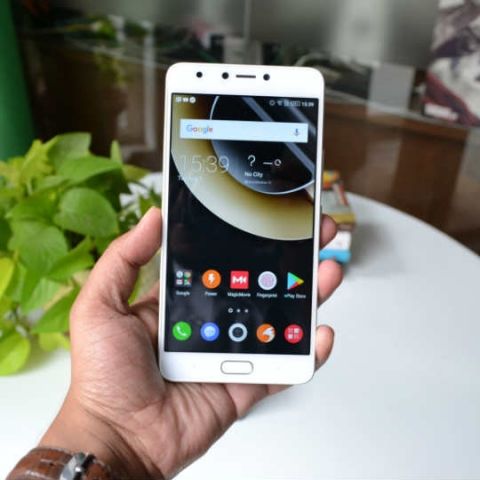 The Infinix Note 4 is a run of the mill Android smartphone. It has a good display and good battery life, along with an average camera, and that’s about it. Sure, there is a dedicated microSD card slot if that’s something you are looking for, but if a holistic smartphone experience is something you want and have a budget of only 10k, there are better value for money devices available in the market

If you are looking for a smartphone priced in the sub 10k segment, you are spoiled for choice with smartphones that offer a number of great features. From smooth performance, to good battery life and premium build and design, customers on a budget of under 10k can get a bang for their buck. The sub 10k price segment is populated with devices such as the Redmi Note 4, Redmi 4A, Yu Yureka Black, Lenovo K6 Power and more. Today we have with us a new entry in this segment – the Infinix Note 4. Does this smartphone deserve your attention?

When the phone is kept face down, you could be forgiven for thinking that it’s a Samsung Galaxy S7. That’s because of the way the rear panel curves at the edges, the position of the camera and the glossy gold colour gives it a Samsung vibe and that isn’t a bad thing, since Samsung’s mid-range and high-end phones are extremely well designed. But pick up the phone in your hand and you realise that the rear plastic panel is a fingerprint magnet that’s susceptible to scratches too. It’s a good thing the smartphone comes with a screen guard and a rear protective case in the box. The back also houses the camera along with the LED flash. 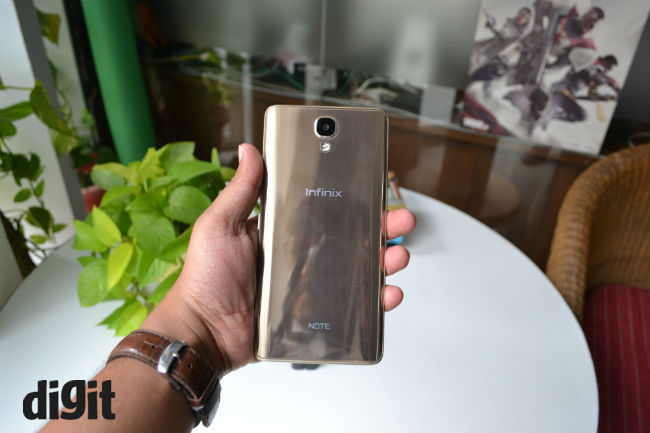 Coming to the front, you have a 5.7-inch full HD display below which rests the fingerprint sensor (which also doubles up as a physical home button). On either side of the fingerprint sensor are two capacitive buttons that work as the back and multitasking buttons. Above the display, we have the earpiece on either side of which rests the front facing camera and the front flash, along with the ambient light sensor.

The bottom of the device has the micro-USB charging port. There are two speaker grills (one on either side of the microUSB port), but the sound output comes from only one making it a mono speaker. The smartphone is 8.4mm thick and the device weighs 204 grams.

The back panel of the smartphone is removable, giving you access to the two sim card slots and the MicroSD card slot. It’s nice to see a dedicated microSD card slot and not a hybrid slot found on so many other devices. You also have the 4300mAh battery on the smartphone, which is non-removable. 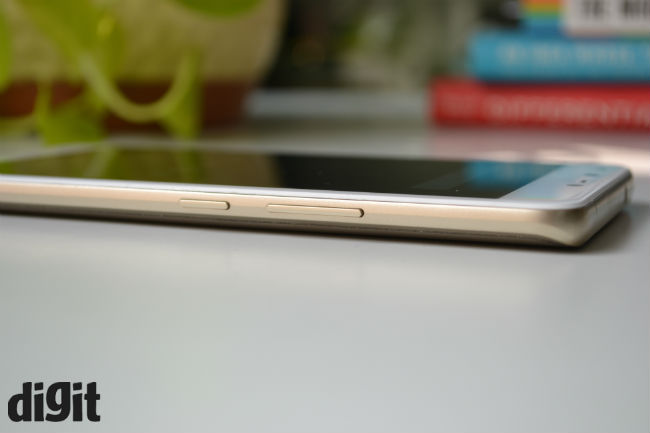 Overall, the design of the phone is run of the mill. The rear panel, though removable, doesn’t add value since the battery isn’t removable. It’s made of plastic and easily susceptible to scratches and fingerprints. It's not ideal in a world where we have devices like the Xiaomi Redmi 4, offering a good metal build. The smartphone does have a metal frame, but it is susceptible to scratches.

Coming to the display, it’s a 5.7-inch IPS LCD display with a 1920x1080p resolution. In our luminance test, the phone showed a maximum of 444 lux, which isn’t far behind the Redmi Note 4 (474 lux). We consumed a lot of content on the display, from social media, trendy wallpapers, YouTube videos and more, and the display appears quite acceptable. The viewing angles are decent and the colour reproduction is good. If you are watching a movie and there are a bunch of night scenes or scenes in dimly lit situations, then it will be quite reflective. There are really slim black borders all around the display and unless you have a keen eye, you won’t notice them, as they don’t hamper the overall experience.

When it comes to details in YouTube videos, we rendered the videos in 1080p and saw that the blacks and some details are better than that on the Redmi Note 4. 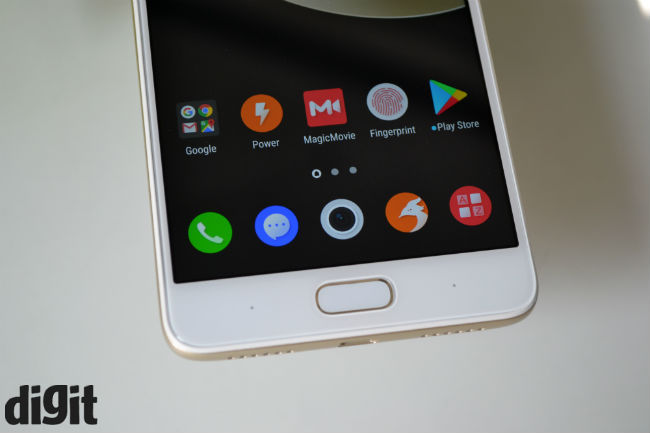 Moving to the UI, the smartphone runs on Android Nougat straight out-of-the-box, and the companies own XOS 2.2 overlaid on it. The UI itself doesn’t bring anything that we haven’t seen before, in terms of customisation, but does come with a bunch of preloaded apps.

You have a Power app that is essentially an app to help you optimise battery consumption. You can put the device in ultra power saving mode as well. There's also an app called shuffle that shuffles the wallpaper. It is a gimmicky app, but one that you may end up visiting often. It comes with a preloaded security app as well.

When it comes to everyday performance, the smartphone shows noticeable lag, especially if you have a bunch of apps open. Basic tasks like calling, messaging, social networking, etc. worked fine.

Heavy games like Asphalt 8 cannot run at stable framerate. In fact, there are times when the game looked like it was running in stop motion. So, if you are looking to play graphically heavy games, you need to look elsewhere. 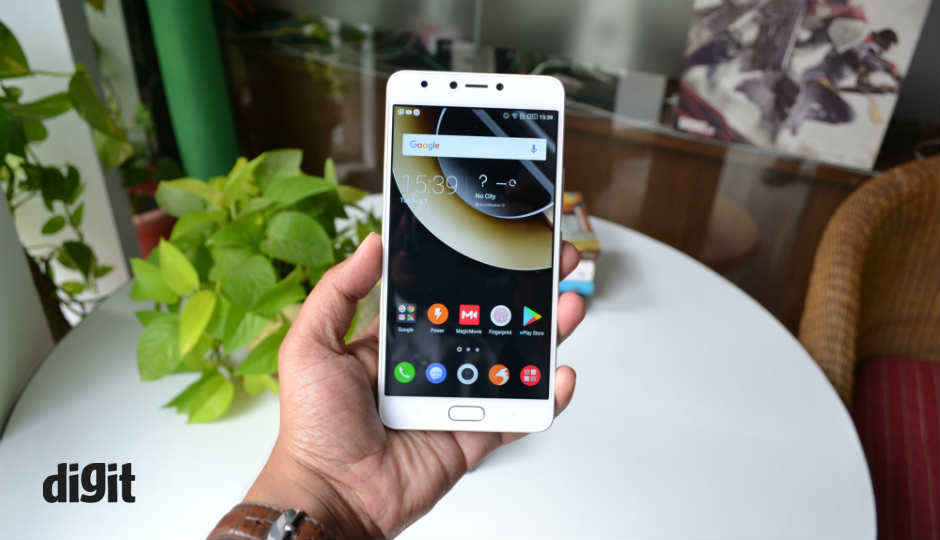 Coming to the camera, the rear has a 13MP sensor and the front has an 8MP camera. Starting with the front camera, it softens the image a bit, which makes selfies look good. There is a front facing flash too, for low light conditions, but don’t expect the world from it. 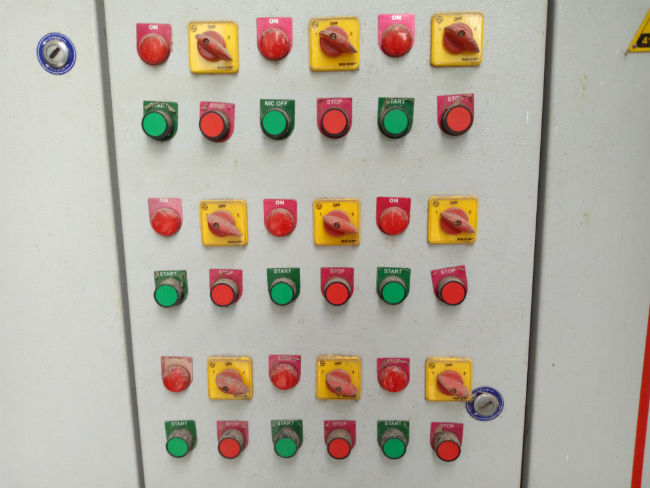 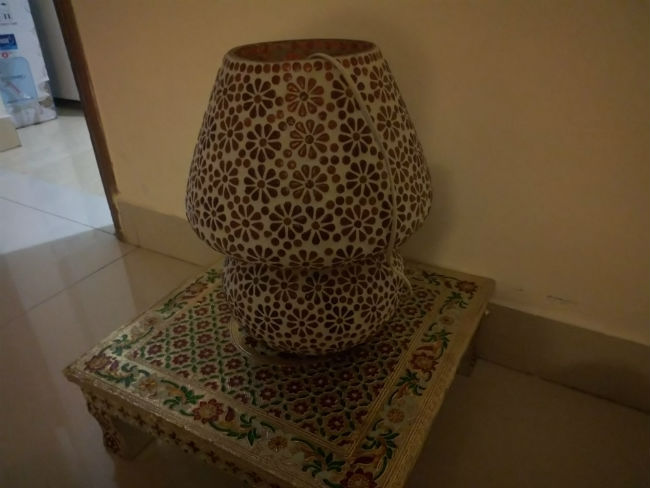 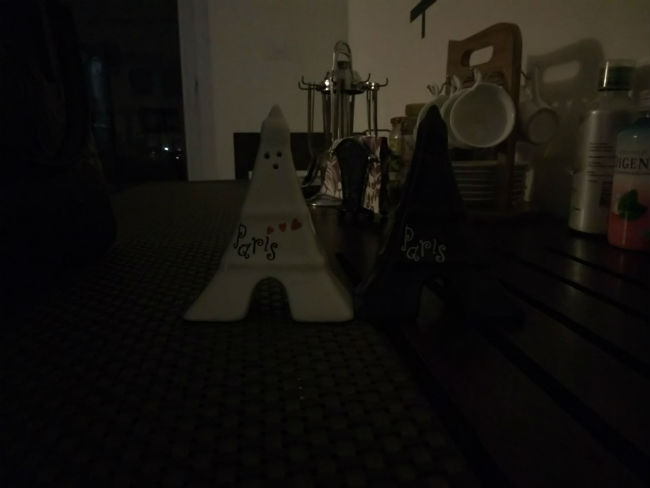 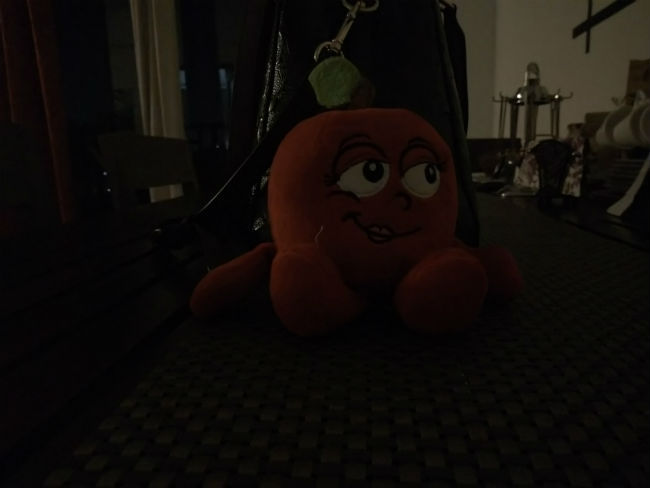 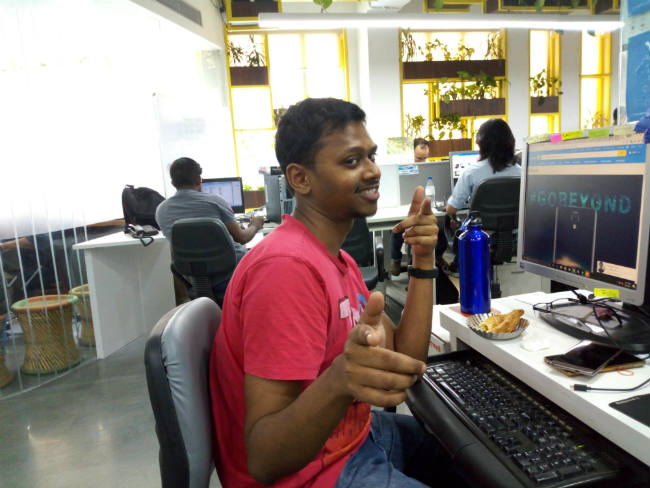 The camera on the smartphone has the standard set of features, such as smile recognition, gesture recognition to click pictures and more, and these features work well.

Coming to the battery life, this is where the smartphone does well. It has a 4300 mAh battery, which lasted for almost 11 hours on the PC Mark Work 2.0 test. If you are a light user, you can look at more than a day and a half worth of battery life. If you are a heavy user, and considering the fact that the device can’t run heavy games, this would be classified as making a lot of calls, Netflix or YouTube content consumption and social media, the device should make it through the day.

The Infinix Note 4 is a run of the mill Android smartphone. It has a good display, good battery life, an average camera, and that’s about it. Sure, there is a dedicated microSD card slot if that’s something you are looking for, but if a holistic smartphone experience is something you are looking for and have a budget of under 10k, there are better value for money devices available in the market. 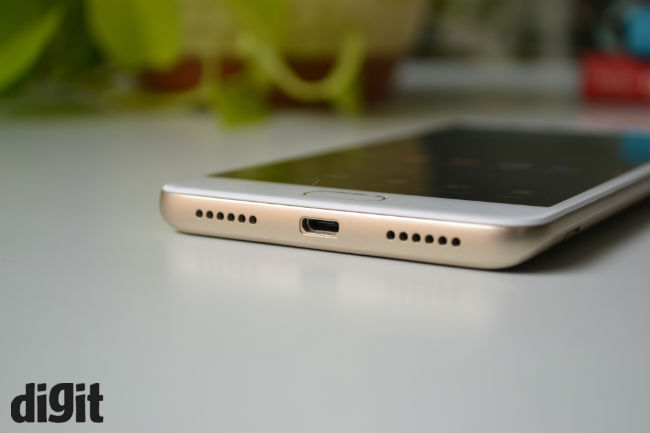 Xiaomi Redmi Note 10 Review: Not meant for everyone