Infinix Hot 6 Pro Review: A non-enthusiast’s phone at a budget 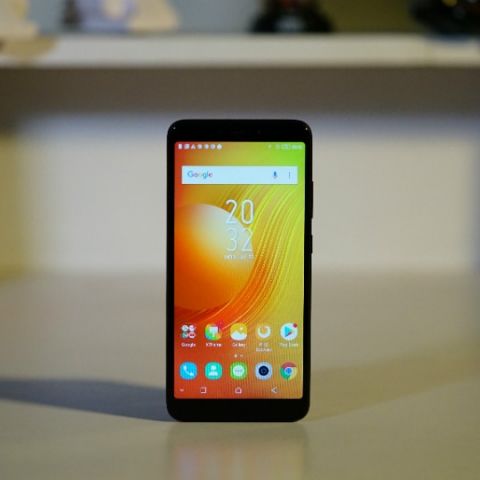 The Infinix Hot 6 Pro is a good option if you are a non-enthusiast who is looking for a phone simply for watching content and browsing social media. It’s not much powerful but offers a big display and long battery life to double up as a screen to binge watch the latest Netflix series.

The budget segment is teeming with options that offer a lot of features without making a hole in your wallet. The segment is also dominated by established players like Xiaomi, Honor and Moto. But once in a while, we get to see a refreshingly new smartphone that can pose a challenge to the stalwarts of the game. The Infinix Hot 6 Pro is one such device. On paper, it has everything that a typical budget phone has — A tall 18:9 display, dual cameras and a large battery. It’s quite affordable too at Rs 7,999. The company has been in business for a year now in India and the Hot 6 Pro seems it has been improving over time. Does the phone pack enough firepower to challenge the popular products in its price segment? We find out. 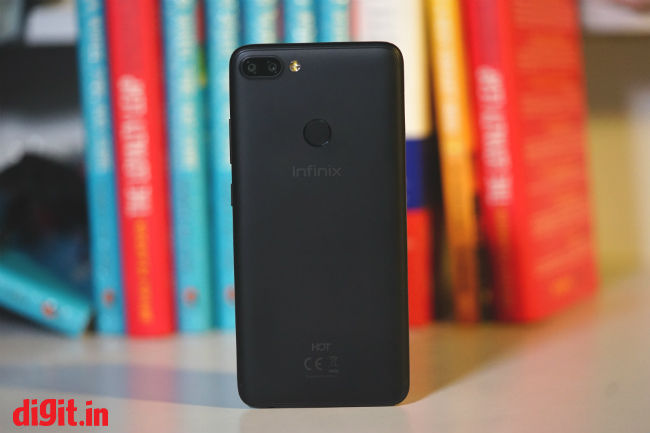 Straight off, the Infinix Hot 6 Pro looks functional and minimalist. The phone is housed in a metal unibody casing with a matte finish that is both easy to grip and not smudge-prone. The dual camera unit sits horizontally at the top left corner and the fingerprint sensor located centrally below that. We received the Sandstone Black unit where the antenna lines are almost invisible. On the front, it’s all screen with thin bezels. The screen takes up 72 percent of the body with ample bezels on the top and the bottom. It’s quite easy to use thanks to the slim profile it maintains despite a 4,000mAh battery. More than that, it’s quite lightweight at 150 grams which adds to the ergonomics. In a way, it looks a lot like the Xiaomi Mi A1 and that isn’t a bad thing at all. The phone also has a dedicated slot for a microSD card, something that most phones skip these days. That helps when you require expandable storage along with two SIM cards at the same time. It’s also easier to use the phone with one hand as the profile isn’t as wide. The headphone jack is placed at the bottom alongside the speaker grill. The speakers does get blocked while using the phone in the landscape mode, though. Overall, the Infinix Hot 6 Pro comes across as a device that looks a lot more expensive than the price-tag it carries. It sports a standard design but a minimalist and functional one at that. 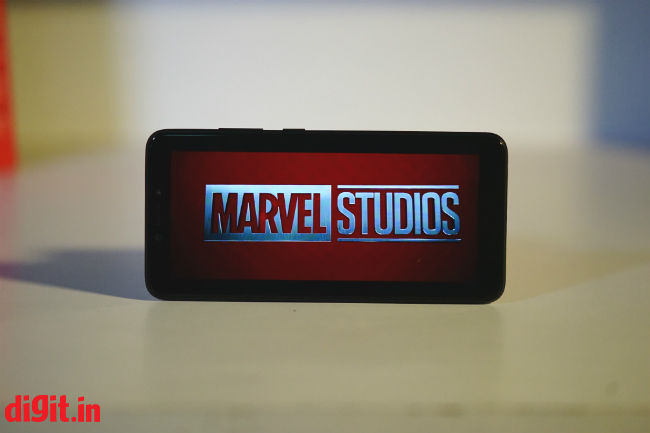 One of the primary attraction of the Hot 6 Pro is the 6-inch 18:9 display. It’s only 720p but the IPS LCD panel can reproduce colours quite well. Videos and movies on the screen looks bright and vibrant and that’s thanks to the amped up brightness of the screen. That does require more juice from the battery but Infinix takes care of that with the capacious 4,000mAh battery inside. The screen has a pixel density of 268ppi. In comparison to its competitors that offer a full HD display, this may seem like a compromise. The edges of icons and text appear a little pixelated because of the low pixel density. The brightness also adjusts automatically based on the ambient light. The phone, however,  doesn’t offer options to tweak the colour temperature and colour profiles, which are common in MIUI and EMUI-based smartphones. It does offer a blue light filter in the name of ‘Eye Care mode’ that puts an orange tinge on the display to reduce eye strain. Does the extra real estate help? The new aspect ratio certainly reduced the footprint of the phone. The 6-inch display is housed in a 6.3-inch body and the extra screen helps with multi-tasking as well,although the underwhelming processor doesn’t really allow much of that. The Hot 6 Pro’s focus is on watching videos and in that regard, it’s an acceptable experience with nicely saturated colours. Apps also have support to scale up videos to support the extra real estate. For its price, it’s a good enough experience marred only by the hardware constraints. 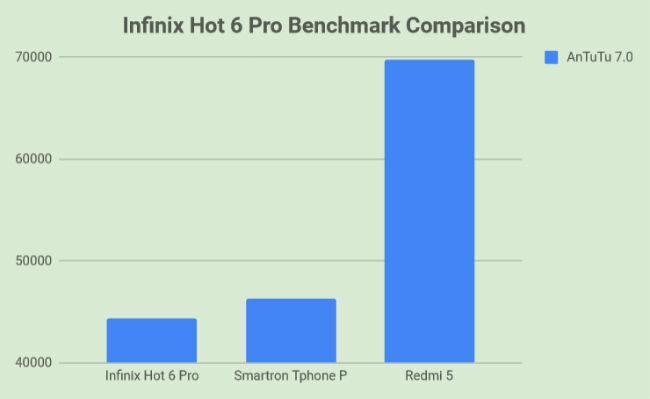 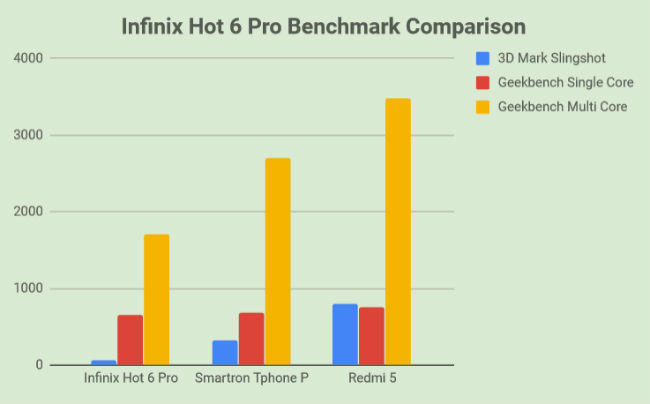 The Infinix Hot 6 Pro is an entry-level device powered by the Snapdragon 425 chipset coupled with 3GB RAM and 32GB storage. The 64-bit quad-core chipset has four Cortex A53 cores clocked at 1.4GHz and is quite popular in the budget segment. The new Moto E5 Plus is powered by it and so was the Redmi Y1 last year and a couple of other devices as well. The chipset, as the benchmark results reveal, gives an average performance. On AnTutu, the Hot 6 Pro scores 44358 while on Geekbench Single Core and Multi Core tests, it scored 657 and 1706 respectively. On GFX Bench’s Manhattan test, it scored a meager 5.5 fps and on 3D Mark Sling Shot it could manage a score of 68. It’s pretty apparent this phone isn’t good for gaming. I tried out popular games likes PubG Mobile which wasn’t really a great experience. The graphics was at low settings and even then there were occasional frame drops. In Chrome, a large number of tabs slowed the phone down and scrolling through Reddit was choppy. Facebook and Instagram worked fine. If you aren’t much of a gamer, the phone is fine for use. Apps loading times are also on the higher side with heavy apps taking a good ten seconds and more to open. By its performance, the phone seems to be aimed at non-enthusiasts who simply wants a phone to access the web, watch videos and place calls. 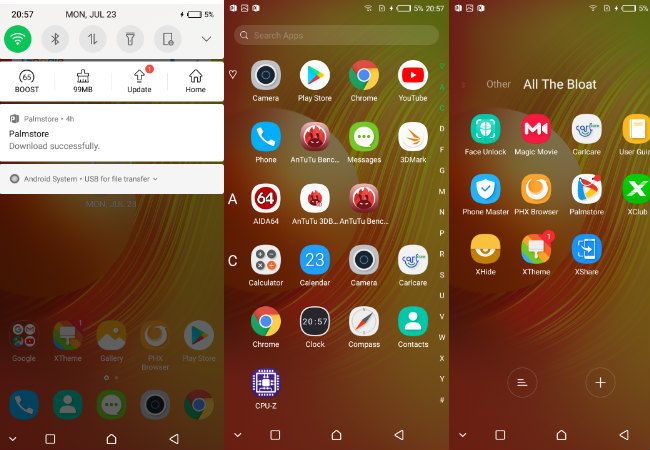 The UI of the Hot 6 Pro is a refreshing departure from the likes of MIUI and EMUI. Infinix’s XOS Hummingbird 3.2 has a polished and clean UI. The  icons are consistently designed and there’s an app drawer as well with the apps alphabetically arranged. It’s quite visually appealing. App shortcuts are created automatically in the home-screen after they’re installed. In that way, it preserves the experience one gets in Xiaomi and Honor phones. The icons and app drawer can also be resized and themers for the UI, keyboard and lockscreen. The UI comes preloaded with a bunch of apps that includes a file-sharing app, a video editor, it’s own app store, an app to its fan club. Interestingly, the face recognition feature of the phone is a separate app in itself. It’s quite wonky too. The phone takes a good one second to give you access. The fingerprint sensor is much faster at that. 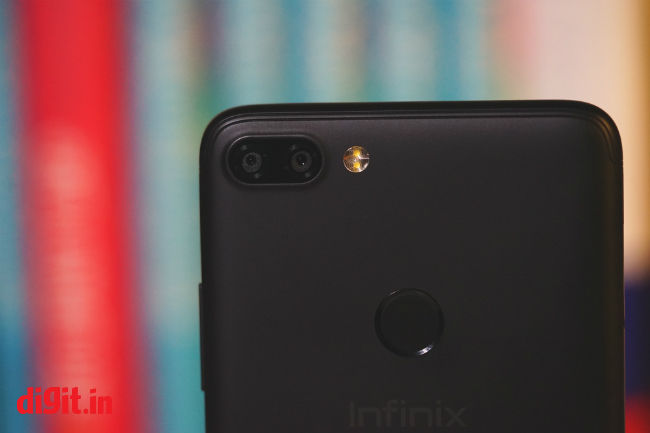 Besides the focus on a good display, the Hot 6 Pro also advertised its camera prowess. The phone touts a 13+2-Megapixel dual camera unit at the back and a 5-megapixel sensor on the front. It can take bokeh shots from both sides and has a soft LED flash on the front as well. On paper, it seems to be quite loaded. 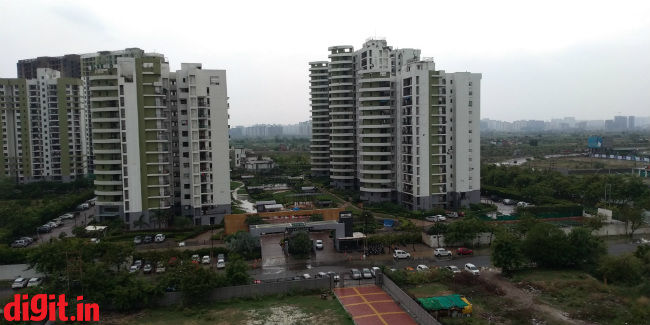 The photos too aren’t all that bad considering its price. The resulting shots were high in contrast and saturation. The details on the photos aren’t all that much though and macro shots come out a little washed out. The camera app is easy to use but there's a slight shutter lag that somewhat mars the experience. The phone claims to have PDAF but the autofocus takes some time to lock into the subject. It also doesn't adjust the exposure much. 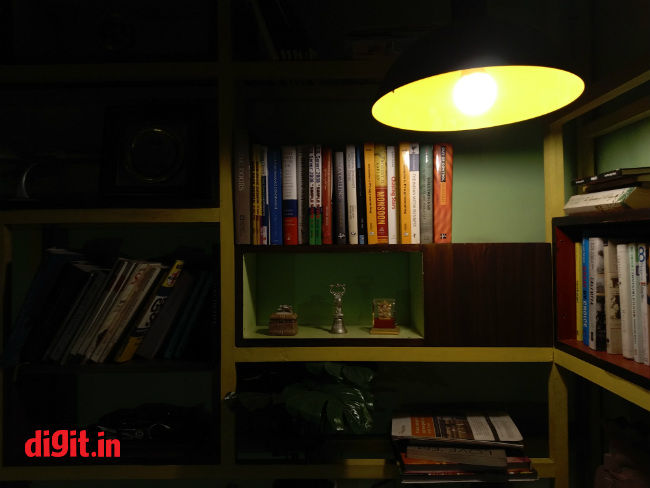 The portrait mode at the back is quite aggressive in its blurring, making it look a tad bit artificial. Highlights are also washed out while in the mode. 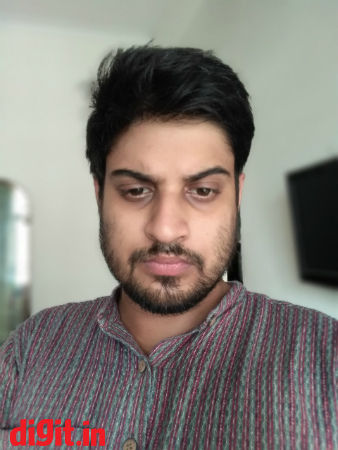 The front camera can take decent selfies. There’s a beauty mode that tends to whitewash all the details from your face. In the bokeh mode up front, the blurring is much more consistent. Edges around facial hair was preserved to some extent and the contrast kept a notch higher. The resulting images come out decent. Good enough for social media credit. There’s also a front LED flash which is better left unused.

As for its low light prowess, the Infinix Hot 6 Pro isn't much of a performer. There's ample amount of noise and the photos come out underexposed. The camera tries to compensate for it with extra contrast and saturation and the result is the image below: 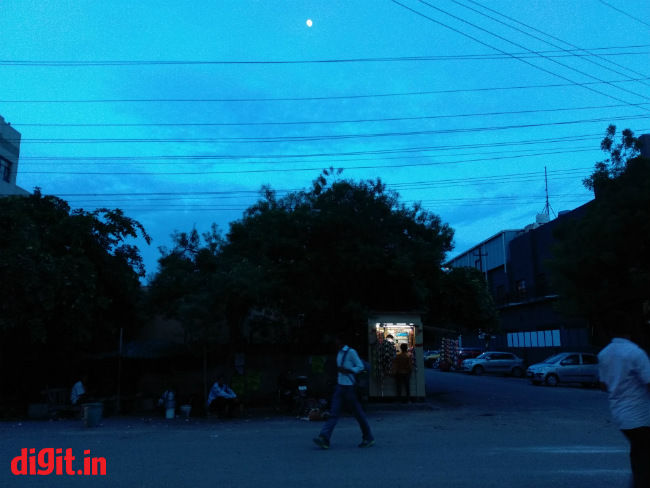 Budget phone with a big battery is all the craze these days and the Hot 6 Pro doesn’t disappoint here as well. It packs a 4,000mAh battery that easily lasted a day and more. PC Mark’s Work 2.0 Test kept crashing though, so I couldn’t get an objective metric for battery life. Under heavy usage, the phone managed to last a day with two 40-minute episode streamed on Netflix  along with ample use of the camera and web browsing. It does take a lot of time to charge though. The phone does not support fast charging and took around two hours to refill.

The Infinix Hot 6 Pro is for someone who isn’t a power user and instead requires a phone for watching content and using social media. It’s not very powerful but lasts long enough to be reliable. The camera too isn’t all that bad and doesn’t seem like much of a compromise. It’s price tag of Rs 7,999 is also quite affordable, but if you can go a little higher, you can choose from more powerful smartphones including the Realme 1, the Moto E5 Plus and the Redmi 5. The phone is available online exclusively on Flipkart where the competition is much higher as compared to offline channels. Among the vast list of phones on Flipkart, the Hot 6 Pro might get easily lost in the crowd.