HUAWEI U9130 - Business connectivity and information at your fingertips Review 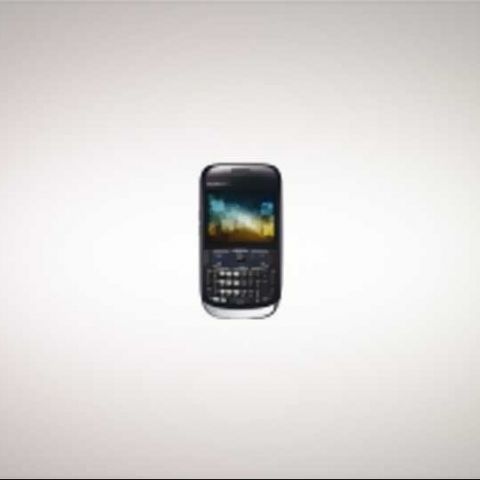 The HUAWEI U9130 is a feature-rich business cellphone with its key selling point being the 3G data services including browsing, mobile content download, e-mail client service with push e-mail,Google Maps with GPS assistance, GetJar Apps, Nimbuzz and Snaptu. Overall, it makes a great buy at Rs. 6,999, if you could overlook its shortcomings with the camera and loudspeaker.

HUAWEI U9130 - Business connectivity and information at your fingertips detailed review

The HUAWEI U9130 is a QWERTY business phone, released as part of the Hangout-series, which brings business connectivity at your fingertips. It resembles a typical Blackberry business phone design and form-factor, with a glossy black front panel and a thin steel brushed strip decorating the body contours. It includes out-dented steel brushed volume control buttons on the right and a camera button on the left. Also, there is a USB port just beside the volume control buttons on the right.

The QWERTY keypad incorporates high-end keys with a rounded design and finely spaced ridges separating them. The wide space-key resembles the typical computer space-bar key, and serves well with good ergonomics. The option select, delete and home screen keys are sandwiched between the call function buttons on either side, while the central navigation button is sandwiched between the left and right option select buttons. These buttons are brushed with a steel metallic finish at their top and bottom edges.

[RELATED_ARTICLE]The menu interface is neat and well-organized. The home screen includes an attractive wallpaper, which is topped up with a set of widget icons finely arranged in a semi-circular format, just above the task-bar. The U9130 has a rich assortment of features including a mobile browser, Google Maps, GetJar Apps, Nimbuzz, Snaptu and more. In addition, the mobile messaging system includes a built-in full word index, auto-corrections, context sensitive vocabulary and user dictionary with smart learning capabilities that periodically updates the database with new words entered by the user. The new words appear on top pushing the older words below and thereby remembering the user's most frequently used words and prioritizing them.

Using the 3G enabled data services, the user would be able to surf the web, create an e-mail account, send e-mails and also download mobile software or multimedia content at a 3.6Mbps bandwidth. However, as we're still only on GPRS, we appreciated a glimpse of the 236Kbps bandwidth, with speeds much better than many dial-up connections we have seen. It seems like we'll have to wait a bit more for 3G cellphones to realise their potential, and signal the advent of a new era in mobile computing.

Read on to know the performance, conclusion, specifications, Test results, ratings and more on the next page...

The HUAWEI U9130 delivered very consistent performance in the signal reception and voice clarity test with good scores across all the tests, except the device loudspeaker clarity test. There were no dropped calls or wavering voice clarity across all the three zones we tested. However, we noticed some audio distortion when we subjected the cellphone to environmental background noise in zone two and zone three. The device loudspeaker delivered both choppy and wavering voice clarity across both zone two and zone three even under medium volume. Also, the loudspeaker audio quality was just average during the music test. However, the hands-free headset with integrated noise isolation technology produced excellent voice clarity even at maximum volumes and also eliminated background noise to a great extent. Bundled earphones performed very well in the music test, producing soothing music with well balanced treble and bass. It yielded good mids and lows, rendering impressive vocals and dynamic instrumental music. The U9130 had a decent outing in the Bluetooth transfer speed test with a score of 547kbps. Although it produced an average performance in captured photo quality and video playback test, it had a mediocre outing in the captured video quality test. There were visible grains and pixelated artefacts in every frame of the captured video and also we observed grainy particles particularly with dark colours like red & black in the video playback test. However, the display test yielded a mixed bag of results. The quality of the display was impressive, while the viewing angles were satisfactory. We were disappointed with the weak LED back-light as well, leading to blurred and out of focus images on the display, when we exposed the cellphone display to bright sunshine. Even in shade-blessed locations, the display looked blurred with screen brightness set to maximum. Overall, the U9130 is a decent performer, if you could overlook its weak camera and ordinary loudspeaker.

The HUAWEI U9130 is a feature-rich business cellphone with key selling point being the 3G data services including browsing, mobile content download, e-mail client service with push e-mail,Google Maps with GPS assistance, GetJar Apps, Nimbuzz and Snaptu. Overall, it makes a great buy at Rs. 6,999, if you could overlook its shortcomings with the camera and loudspeaker.

HUAWEI U9130 - Business connectivity and information at your fingertips Key Specs, Price and Launch Date

HUAWEI U9130 - Business connectivity and information at your fingertips

HUAWEI U9130 - Business connectivity and information at your fingertips