At first glance I thought the Honor 4X was like any other budget phone in the market but after spending a couple of weeks with it, I stand corrected. In terms of basic hardware and performance it ticks all the right boxes which a budget offering should. It should be said however that for an asking price of Rs. 10,499 and being sold via a flash sale model, the smartphone should have featured better specs. In order to compensate for its average internals, it boasts some above average features. So, let’s dig deeper and find out how good the Honor 4X really is. 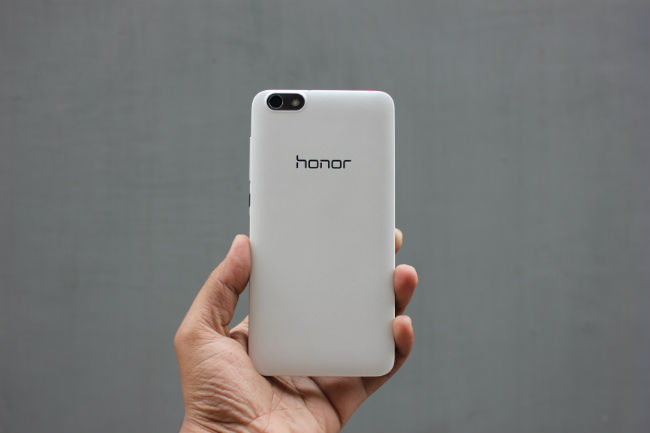 Since this is a budget friendly device you will not find a whole lot of metal in the build but the phone feels sufficiently sturdy with its plastic build. The removable plastic panel is not flimsy and can easily be placed on the same quality level as of the Motorola Moto G (2nd Gen). Removing the back panel we can find the two SIM slots, a microSD card slot as well as the large 3000mAh battery which we will come back to later. The overall build quality is without any major flaws with the only exception being the lack of Gorilla Glass protection. 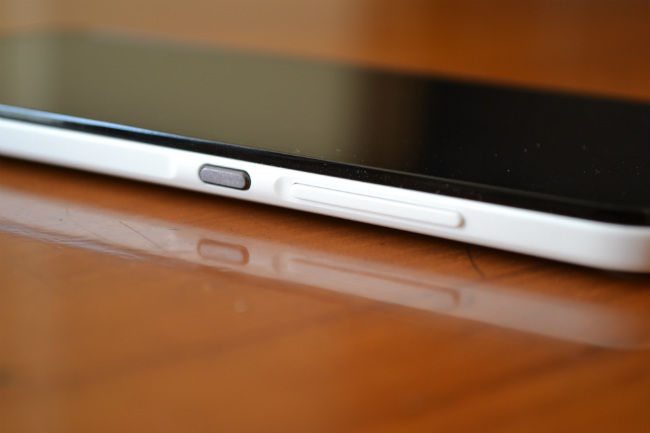 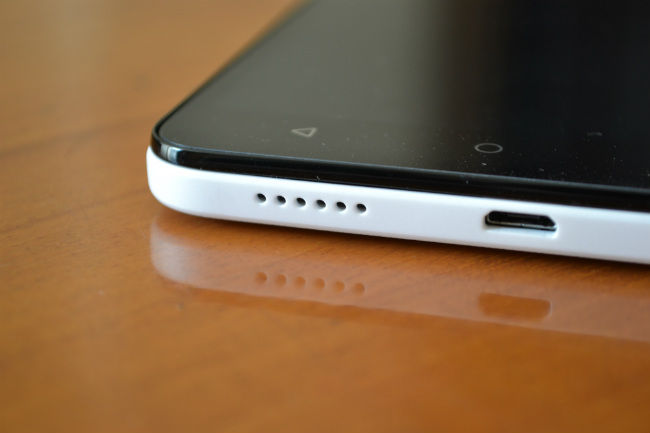 The 4X's design showcases hints of subtlety in an otherwise orthodox slab like design. Small touches like the metal housing for the camera module, textured pattern on the back panel, machined audio holes at the bottom and the slightly raised power button make this phone look different. The three navigation buttons however are unlit and will some require some getting used to at night.

The 5.5-inch IPS LCD on the Honor 4X is not only good but might be the best display in the price range. The colour saturation is accurate but the panel itself is reflective, which becomes an issue when you use the phone outdoors. Viewing angles are also decent and colour shift is only visible at extreme angles. 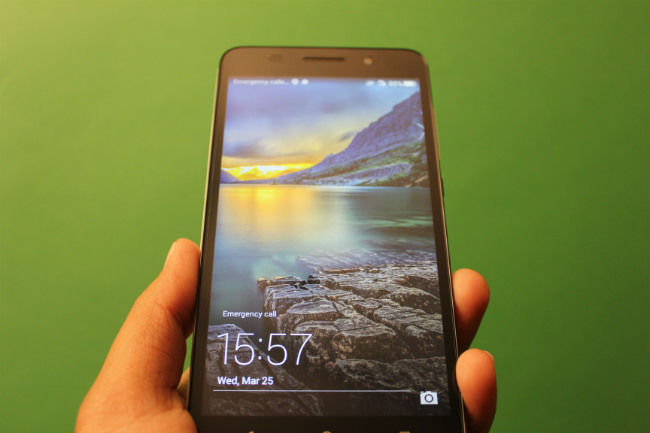 The Honor 4X is runs on Android 4.4 with Emotion UI on top of it. Installed apps are placed across the homescreens and can be arranged in suitable folders. At the bottom, the dialer, contacts, messaging and the Google apps folder come as standard. 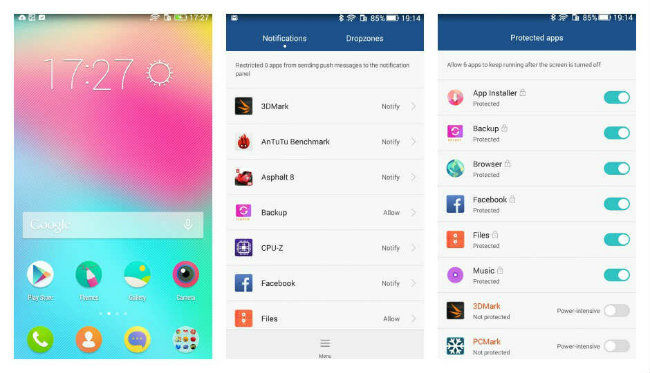 The UI hides some extra customisation options like a menu to change the colour temperature of the display, a control centre like feature on the lock-screen, notifications manager where you can manage notifications down to specific apps and more. Navigating though the UI is smooth and is further complimented by good touch-performance.

Performance is like any other budget smartphone with the Qualcomm Snapdragon 410 SoC on-board. The 2GB RAM does help to some extent but not so much to make it stand out. As I said earlier, navigation is smooth and normal tasks like calling, playing audio/video, taking pictures, etc are dealt with ease. The performance only suffers in gaming and in video editing apps. I played games like Asphalt 8 and Dead Trigger 2 which gave decent playable framerates.

Take a look at how the smartphone performs in synthetic benchmarks. 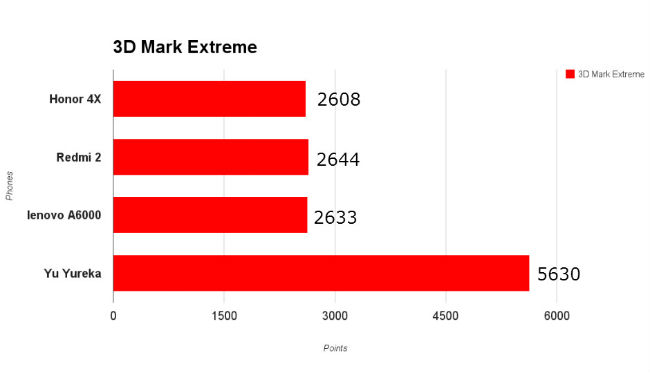 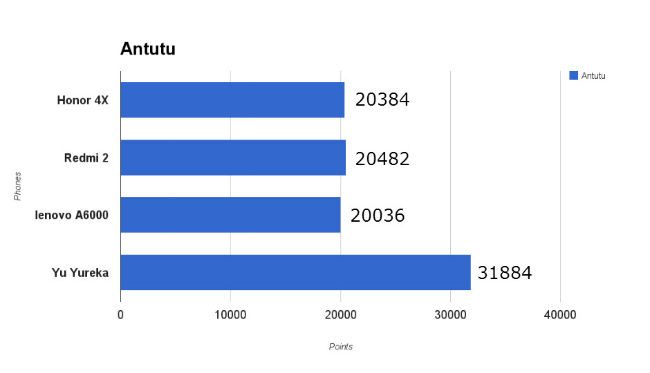 Sound quality on the Honor 4X is decent but even at full volume I felt the volume to be not loud enough. The earpiece and the bottom mounted loudspeaker share a similar story with audible sound cracking on the loudspeaker at high volume. Call quality and signal reception is good and I had no problems receiving calls even in the underground metro.

All in all the performance of the Honor 4X is decent, and I have no major negatives to report.

At the back the 4X features a 13MP camera which takes good pictures. It might not be the best 13MP shooter you can get but it does a decent job for the price. Pictures taken by the camera boast accurate colours and decent colour reproduction, with slight under-saturation in some photos. Noise is minimal but it does spike upwards in low light situations. Advanced camera features are hidden and none of the settings are done live which could have been easily added. 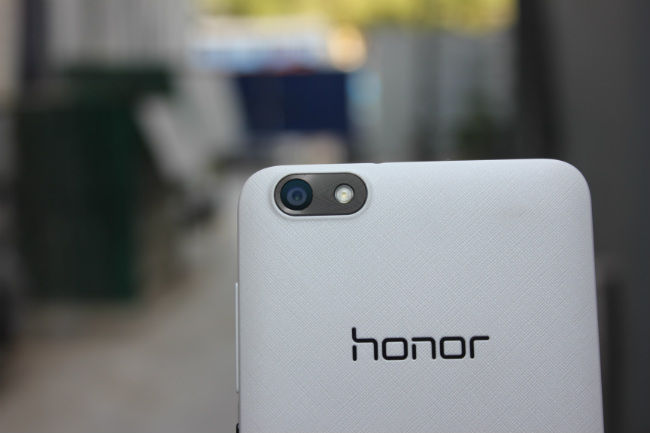 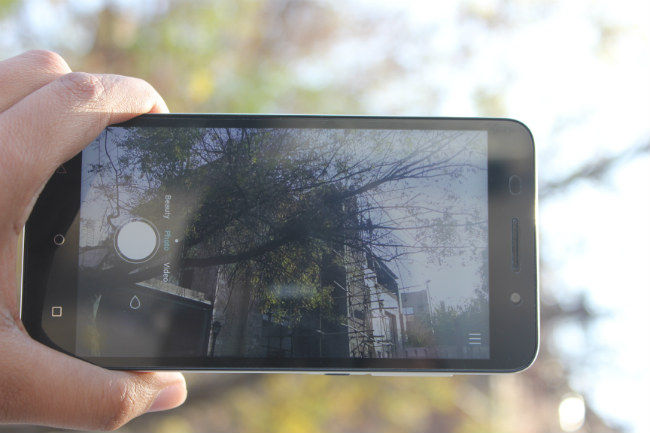 The front facing 5MP has a similar story to tell. It takes good selfies in suitable lighting and also comes with a “beautification” mode. Low-light images, however, suffer from noise.

Battery is a big plus for the Honor 4X, as the 3000mAh battery only requires you to plug in the phone for the night. In the battery test the phone dished out an impressive 16 hours of battery life. Under heavy usage, I was able to get at least 8 hours of battery life, without switching on any power-saving options.