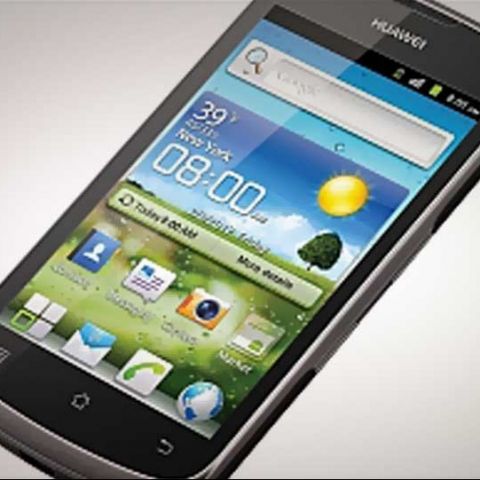 The Huawei Ascend G300, at its price, is a decent product. The screen and the battery life are the best aspects of the device. The rest of the device is your run of the mill budget Android device. There are other phones you can take a look at in the 15k price range before making your purchase decision.

We have seen a slew of budget phones hit the market, and met a few that have proven that for a budget price, you can still get a device that is a good performer and doesn't feel cheap in your hands.

We have seen devices like the Spice Stellar Mi-425 (read our review), a Rs. 10,000 phone (read our review here) that not only offers decent specifications under the hood but also works well as an Android smartphone, raising the bar for budget devices.

Today we have with us the Huawei Ascend G300 (U8815) - does it bring anything new to the budget Android smartphone segment, or are you just better off sticking to the tried and tested?

Design and Build
On first impressions, the device is very well built. It is a little heavier than other smartphones in the same price bracket though, weighing in at 140 grams. This isn’t necessarily a bad thing as it makes the phone feel sturdy in one’s hands.

On the face, the Huawei Ascend G300 has a 4-inch display with a resolution of 480x800 pixels, which is standard for the budget smartphones and is similar to the Spice Mi-425. The best part of the display is that it is an IPS LCD capacitive touchscreen, making it really sharp. It looks really crisp and vibrant and the viewing angles are great. Better than what we’ve seen in this price range. Below the touchscreen you have the standard array of capacitive buttons – menu, home and back.

In terms of its connectivity options, the Ascend G300 has the microUSB port at the bottom, volume rocker on the left and the headphones jack along with the power/sleep/wake button at the top. The rear of the phone houses the 5MP camera with an LED flash and the device compromises on a front facing camera which is a major bummer if you are one who would like to make video calls. The device also compromises on a physical shutter button.

The design of the device may be your run of the mill budget Android smartphone, but the build is something we are really happy with. It feels extremely well built and not at all plasticky. The device has a dual colour tone – white and gunmetal grey – which is nice. The rear does feel metallic but it is actually coated plastic. Held in one’s hand, the Huawei Ascend G300 won’t appear cheap to anyone.

Features and Specifications
Under the hood, the Ascend G300 is powered by a Qualcomm MSM7227A Snapdragon 1GHz Cortex-A5 processor and Adreno 200 GPU. It also has 512MB of RAM and 4GB internal storage (2.5GB available to the user) expandable up to 32GB via a microSD card. As mentioned earlier the device has a 4-inch IPS display. The rear of the device has the 5MP camera with an LED flash.

Straight out of the box, the Ascend G300 runs Android 2.3 Gingerbread but the device will be upgradable to Android 4.0 ICS, which is nice.

The OS comes with a Huawei Launcher, which isn’t the best when compared to the likes of Samsung TouchWiz or HTC Sense. It gives you the option of five customizable home screens and you have the standard slew of widgets that can be found on any Android phone.

The lock screen gives you easy access to four options – unlock the device, go to messages, call log or the camera. The Ascend G300’s skin is quite bland and makes the device very laggy. You can install a paid third party launcher or use the free version of Launcher Pro to make the device snappier.

The Ascend G300’s rear 5MP camera clicks average quality images, the same that you would find on the original HTC Desire - you won’t be replacing your point and shoot with this device. The camera app too is fairly simple and adds no bells or whistles to functionality.

Overall, the specifications under the hood of the Ascend G300 are decent, with the most impressive part being the display. The pre-loaded skin is disappointing but that can be changed.

Performance
The performance of the Huawei Ascend G300 is a mixed bag. In terms of benchmarks, it performed very well beating most of the budget tablets in its segment. In real world usage however, it is a different story.

To start with the good, the Huawei Ascend G300’s display is fantastic. Even in sunlight, we were able to see the display and work. It wasn't as susceptible to glare as we expected. The call quality on the device too is good. The voice is clear, though we did face a few call drop issues when the signal strength went down to 1 to 2 bars.

Another interesting aspect about the Huawei Ascend G300 is the keyboard. There are three different layouts at your disposal and swiping left or right can easily access them. One is the standard QWERTY that we are used to. The second is the three letters per key that we find on traditional phones. The final layout is a QWERTY two letters per key layout. These layouts are available in both portrait as well as landscape mode. The availability of different keyboard layouts on a touchscreen phone isn’t a new feature but it isn’t found on all devices.

The device doesn't come preloaded with many apps. You have the free trial version of Documents to Go, but you can get that for free from the Google Play store. Another down side to the device is that it didn't run HD videos. We tried to run a bunch of MOV and MKV files on the device but they didn't run. Simple AVI files however ran very smoothly without any hiccups. The display looks really good running these videos. The viewing angles are good, the video looks crisp and it is fun watching the videos on the device. The audio from the device too was good. It screeches a bit at full volume but is loud nonetheless. We have seen better speakers on other smartphones in the same price range though.

In terms of app performance, the Huawei Ascend G300 ran quite well. We played a few games and ran apps from the Google Play store and were satisfied with the performance of the device.

One aspect where the device was really good was with the battery life. Using Wi-Fi, making calls and running a few apps, the device lasted us two days. The 1,500 mAh battery does justice to the product.

Bottom Line
For sub-15K the product isn’t bad. But it isn’t the best either. The screen and the battery life are the best aspects of the device. The rest of the device is your run of the mill budget Android device. There are other phones you can take a look at in the 15k price range before making your purchase decision.

If you are looking at a smartphone in the Rs. 10,000 price point, we suggest you take a look at the HTC Desire C or the Spice Stellar before making your purchase decision. Check out our video review of the Sony Xperia Tipo below.