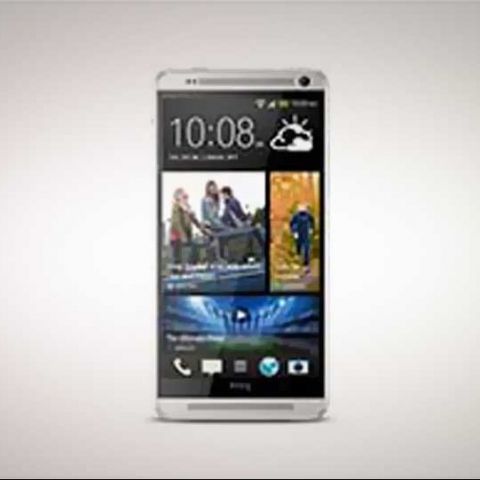 The One Max was supposed to build on the Oneâ€™s good work. But, this is a prime example of a competent phone, ruined by ridiculous pricing. No doubt the display is very good, the phone offers consistent performance and undeniably good build, but you get much better alternatives at lesser price points - namely, the Samsung Galaxy Note 3 and the Sony Xperia Z Ultra. And if you are willing to consider an alternate OS, the Nokia Lumia 1520 is what I would strongly recommend.

One thing is certain - big screen phones are here to stay. Samsung’s extremely popular Galaxy Note series is the biggest proof of that. Sony’s recent Xperia Z Ultra is an extremely powerful option to have. Now, HTC has decided to give the big screen market another try, after the Butterfly. And, on paper, it seems to be a sensible deal to build on the good points of the HTC One. But, the One Max, for all its potential, does not tick enough boxes on the checklist.

Build & Design
HTC has taken the adage of “if it ain’t broke, don’t fix it” a tad too seriously. So, they took the HTC One stretched it enough to fit in a 5.9-inch display. And in this case, it does not work. Yes, the HTC One’s brilliant design and attention to detail was appreciated by one and all, but the One Max is just not up to that level.

First up, the issue of weight. For a phone that weighs over 215 grams, this immediately falls in the unwieldy and uncomfortable category. Compared to this, the Galaxy Note 3 looks compact, and that says something! The One's single block of finely crafted anodized aluminum has been replaced by a white polycarbonate frame running around the phone. This just looks out of place, and is completely unexpected.

The One Max’s dimensions read 164.5 x 82.5 x 10.3 mm, compared to Samsung's Note 3 (151.2 x 79.2 x 8.3mm) and Sony Xperia Z Ultra’s (179.4 x 92.2 x 6.5mm). Important to note (no pun intended) that the other phones are thinner than the One Max, which makes a lot of difference. This neatly brings me to the next point about the sheer form factor of the One Max. The thickness and the weight means that even someone with big hands - the type of audience that is comfortable using the Galaxy Note - would feel the One Max is just impossible to hold without being petrified that it’ll fall over.

In the midst of all this depressing news, there are some shards of positive news. The removable back panel means you can access the SIM card and the memory card slot with relative ease. And not have to search for a SIM slot opening pin. The key to unhinge the panel sits on the left side spine (assuming you are looking at the phone front on). However, the battery still remains out of bounds. One change from the HTC One is the shift of the power key, from the top spine to the right side spine, near the volume keys. Instead, that space has been used for the IR sensor. The earpiece and speaker grille above and below the screen are still as finely chiseled as we had first seen on the HTC One. The rest of the design elements remain pretty much the same. 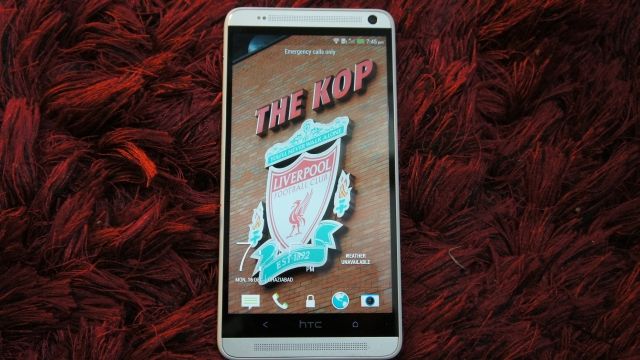 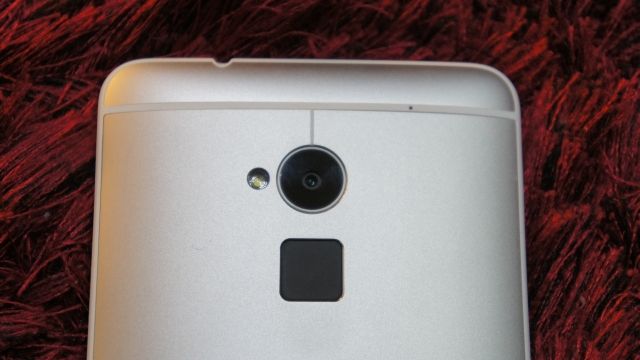 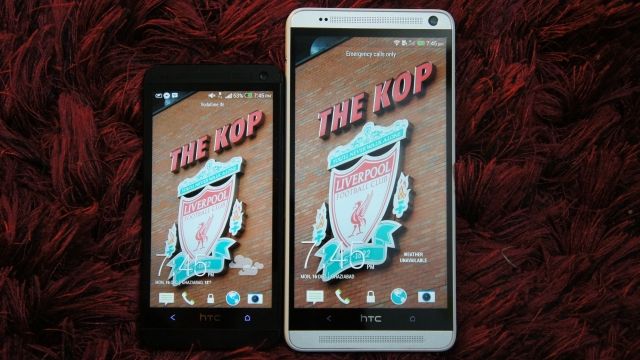 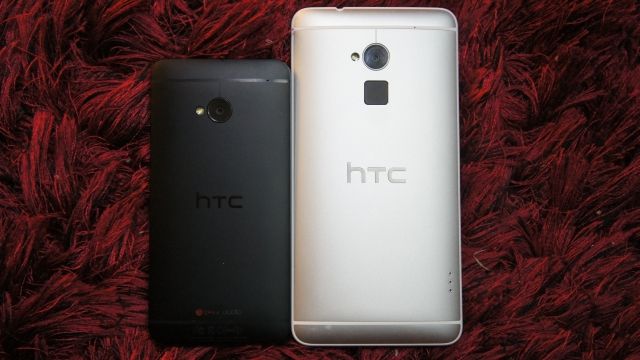 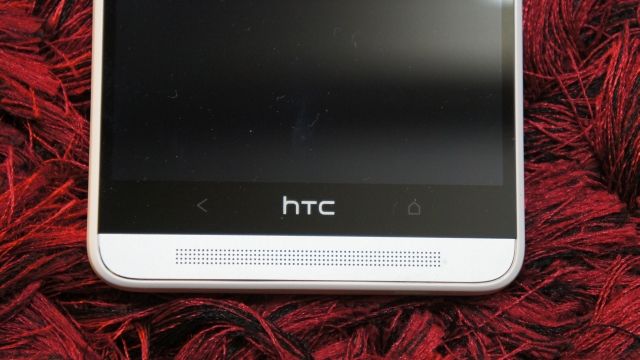 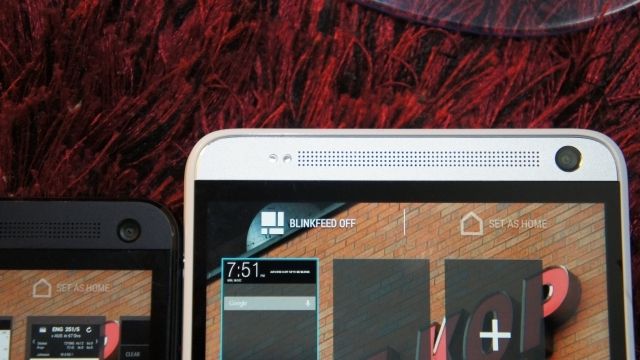 Performance & Battery
The hardware and specs just add weight to the argument that the One Max is a spin-off, rather than the succeeding flagship. It packs in a Snapdragon 600 processor, which while isn’t top of the line, is definitely no slouch. Performance isn’t slow by any stretch of the imagination, and handles app load rather well. Yes, it does fall behind in the benchmark tests when compared to the Snapdragon 800, but those sheer numbers don’t really tell the complete tale. Among the big screen options right now, the One Max, technically has the most inferior specs - with the Galaxy Note 3, the Xperia Z Ultra and the Nokia Lumia 1520 leading. But, like we said, for the most part, the Snapdragon 600 does fairly well. Unless you are getting into the battle with a friend using one of the other three phones, to see who is able to load the Real Racing 3 game first. Speaking of which, the gameplay is extremely good, with no stutters or skips. The change though is with the One Max heating up a lot lesser than the HTC One, because of the additional space internally for heat dissipation.

With the humongous 3300mAh battery, the One Max does offer a rather positive change as well, with the phone lasting two days on a single charge, under the same load that would drain the HTC One inside a day. Admittedly, the display brightness was around 50% most of the time, but for this 5.9-inch real estate, this is bright enough in most cases - indoors and outdoors.

Display
If you can get used to the sheer mammoth size of the phone, the display is something you will really enjoy. Bright and crisp, off the bat, and the 1080p SLCD3 offers extremely even colours. Even though some may claim that this looks less richer than the AMOLED screens, the accuracy you get is a lot more. The extra real estate means the on-screen keyboard is very comfortable to use. While we may be criticizing the One Max for other shortcomings, the display is just excellent, no matter what you use it for - video watching, web browsing or plain and simple reading.

Fingerprint scanner
The deployment of the fingerprint scanner on the HTC One Max is of the traditional type. The scanner itself sits on the back panel, below the camera. The idea being - you will naturally hold the phone, with one finger that will always be near the sensor. In a nutshell, it is nothing like the TouchID on the iPhone, in terms of precision though you can set up to three fingers. For starters, we never got as much accuracy with the One Max’s sensor as we did with the iPhone 5s. And that meant a bit of anger did creep in when the detection didn’t work. Interestingly, you can set each of the three fingers to open a separate app. Ideally, you can keep one to simply unlock the phone, while two could be used to open apps.

UI with BlinkFeed
It is always good to see continuity in terms of product updates, but in this case, the UI just doesn’t cut it as it is. HTC has carried forward the exact same UI as the One, and replicated it on a much bigger 5.9-inch screen. This means, you still get a grid size option of a maximum of 4x4, meaning 16 app icons show up on the screen at any point of time, in the app drawer. Unlike Sony, who tweaked the UI for the Z Ultra to add a lot more info on one screen, the One Max’s UI just looks under-populated, because it is all so sparse!

Camera
With the UltraPixel first seen on the HTC One, you would expect that the company would only improve the optics in future versions. Instead, HTC has removed Optical Image Stabilization from the One Max’s camera, making this pretty much a run of the mill smartphone snapper. The stills taken in good light are not bad, but in the face of the ever improving competition, this just doesn’t cut it anymore. Low light shots aren’t comparable to the competition, like the Lumia 1520.

However, one thing to really like is the HTC camera app. It is extremely simple, has a nice layout and is very intuitive to use. You will never really get lost in the settings, something that Sony can emulate for the Xperia smartphones. 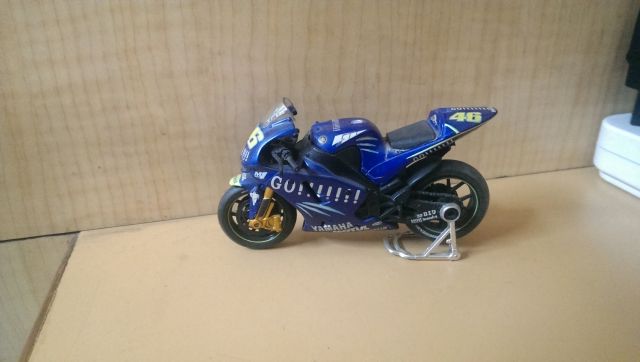 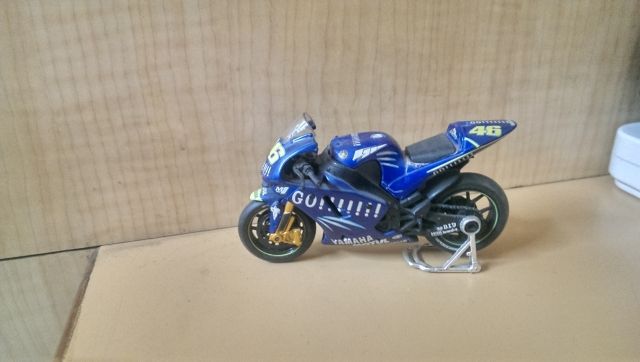 Indoors, without HDR (left) and with HDR (right) 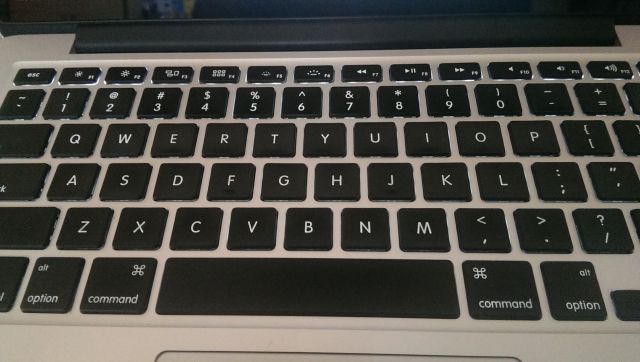 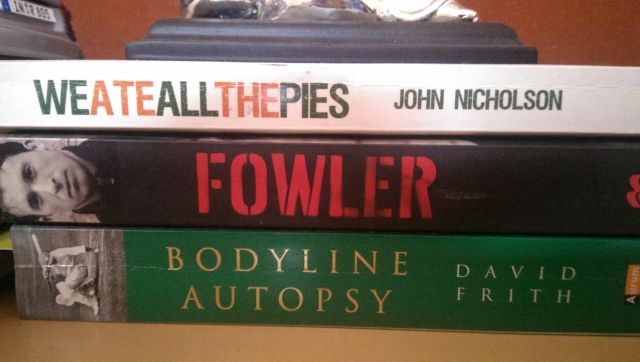 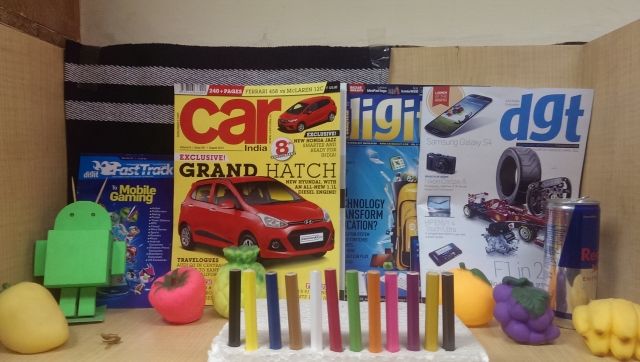 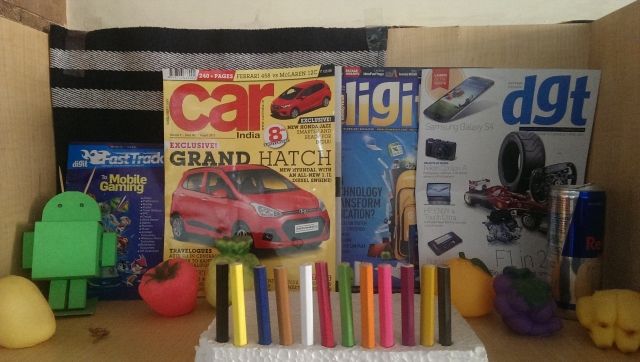 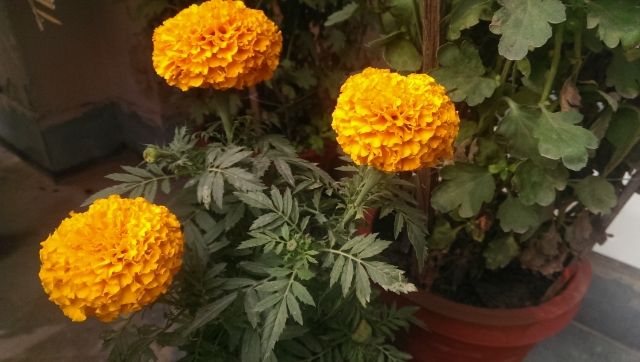 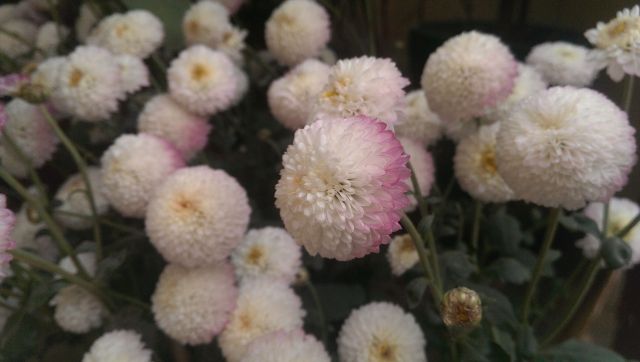 Both shots of the flowers were taken outdoors in good light, and the detailing of each flower is more than evident. However, the problem of soft edges remains. Colours are handled well.

Buy or not buy?
The One Max was supposed to build on the One’s good work. But, this is a prime example of a competent phone, ruined by ridiculous pricing. No doubt the display is very good, the phone offers consistent performance and undeniably good build, but you get much better alternatives at lesser price points - namely, the Samsung Galaxy Note 3 and the Sony Xperia Z Ultra. And if you are willing to consider an alternate OS, the Nokia Lumia 1520 is what I would strongly recommend.