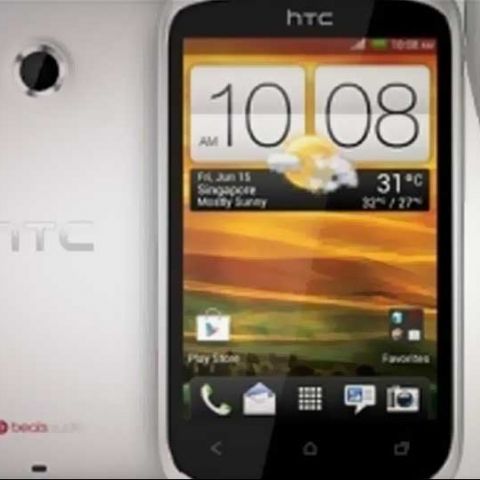 The Desire C is the latest budget Android offering from HTC. Overall, it's safe to say that the performance of the device is a mixed bag. The power under the hood is underwhelming but its reflection on the everyday performance of the device isn't visible. If you are looking for better power under the hood, you can take a look at the Spice Stellar. If the OS isn't a big deal, you can take a look at the Nokia Lumia 710 or the Samsung Omnia W. But if you want to make a style statement with a good looking device that is an average performer, the HTC Desire C is the one for you.

If you are in the market to pick up a budget phone, you are spoiled for choices, from the iPhone 3GS that is now available for Rs. 10,000 to the plethora of Windows Phone and Android devices flooding the market.

HTC has tried to make its mark with quite a few budget phones in the Indian market but overall, they were met with lackluster adoption. We have seen the HTC Explorer and the HTC Wildfire try to make their marks in the budget phone segment and crash and burn.

Recently HTC launched a stellar lineup on phones in their HTC One series, made up of the HTC One X, HTC One V and the HTC One S. All the phones have been good performers.

Today we have with us the HTC Desire C. The device is yet another budget phone that is targeted at the Rs. 15,000 price bracket. Is it a device with a difference or will it crash and burn?

Design and Build
In a word; good. We removed the HTC Desire C from the box and were shocked to see how light it was, and at the same time, how good it felt in our hands. The device weighs a mere 100 grams, and has a 3.5-inch display in the front. Below the display are the three touch sensitive buttons we find on the One series i.e., the back, home and multitasking button. One disadvantage of these 3 buttons is that they aren’t backlit which means if you don't know which button is where, you will fumble in the dark. The left of the device has the microUSB port and the right has the volume rocker. The top of the device has the power/sleep/wake button along with the 3.5mm headphones jack.

The rear of the device houses the 5MP camera without a flash and there is no front facing camera. Next to the camera is the speaker of the device. The HTC Desire C boasts of Beats Audio, just like many HTC devices before it.

The rear of the device has a nice rubberized finish to it even though it is made up of plastic and is white in colour. The white back may seem very appealing at first but it will get dirty quite easily.

Overall, the design of the device is small, cute and surprisingly better when compared to the Wildfire or the Explorer. The build quality of the device too is impressive although we do recommend you don't drop the device on purpose as you may end up chipping it.

Features and Specifications
Power on the HTC Desire C and you will be greeted with the standard HTC experience. The device runs on Google’s Android 4.0.3 ICS and has the HTC Sense UI v4.0. If you have ever used an HTC device you will feel right at home here.
In terms of specifications however, the Desire C is disappointing on paper. It has a 3.5-inch display with a resolution of 480x320. The PPI is 165, which isn’t great but considering the size of the device, but the average user probably won’t complain.

The Sense UI 4.0 is the same that we have come to love/hate (depending on your preference) from the One series.

Once you log in to the device, HTC has a tie-up with Dropbox that will give you 25GB of cloud storage. The device doesn't come preloaded with any spectacular preloaded apps and you will have to rely on the Google Play store for your needs.

One surprise is that the UI seems relatively smooth considering the limited power under the hood of the device. It is possible that HTC has performed its own tweaks to ensure the smooth performance but if you are one who isn’t a fan of the Sense UI, we recommend you download another launcher from the Google Play store.

Performance
Like we said above, the specifications of the HTC Desire C are nothing to boast about yet the interface of the device felt very smooth. Its benchmark scores weren’t the best and we have tested the Spice Stellar that is a Rs. 10,000 phone that boasts of a better screen and better power under the hood.

In Quadrant, the device scored 1160 where as in Antutu it scored 2052. In GLBenchmark it scored 2744 which is better than the Spice Stellar which scored 2017. The Peacekeeper Browsermark score too was underwhelming at 181.
The Sense interface on the device is relatively smooth. Considering the screen of the device is 3.5-inches, the keyboard is relatively smooth to type on. The HTC Explorer has one of the worst keyboards and this one is way better than that. In terms of apps performance the device performed well. Angry Birds, office, dropbox, YouTube, etc. performed quite well.

We played a bunch of songs and videos on the device and were surprised at the performance of the speaker. It sounds really good especially considering the size of the device. The video playback was smooth and the viewing angles were better than most devices we have seen in the same category.

The web browsing experience on the device was cumbersome courtesy the size of the display. Don't expect to do a lot of reading or browsing, as the text rendering isn’t the best.

While with heavy multitasking, the Desire C did lag a bit, it was nothing that felt like a major setback.

The 5MP rear camera is an average performer and most your output depends on the ambient lighting. The camera takes decent pictures in the day, but you won’t be resorting to this camera in the night.

YouTube ran well and the performance of the videos was good.

As a phone however the device ran well. The loud speaker was a little soft but the earpiece was very good. In areas where we have faced dropped calls on other devices, the HTC Desire C performed quite well.

Bottom Line
Overall, it’s safe to say that the performance of the device is a mixed bag. The power under the hood is underwhelming but its reflection on the everyday performance of the device isn’t visible. If you are looking for better power under the hood, you can take a look at the Spice Stellar. If the OS isn’t a big deal, you can take a look at the Nokia Lumia 710 or the Samsung Omnia W. But if you want to make a style statement with a good looking device that is an average performer, the HTC Desire C is the one for you.