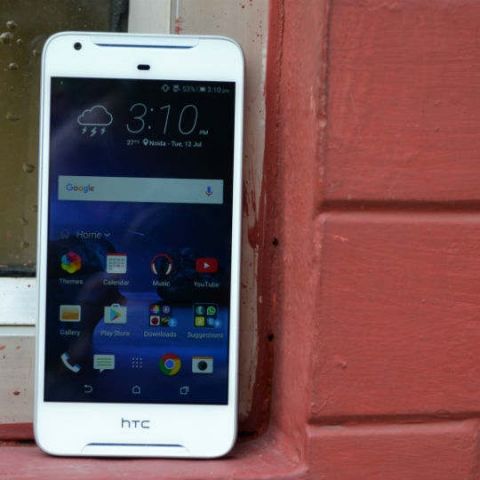 The HTC Desire 628 has some distinctly HTC traits about it, but its poor battery life, lacklustre camera and average performance, are deal breakers. If you're looking for phones in this range, we'd recommend the LeEco Le 2, Xiaomi Redmi Note 3 and Moto G4 Plus over this.

HTC decided to play the field this year. It's doing so by bringing more budget devices, trying to hit the proverbial sweet spot in the Indian market. The HTC Desire 628 is one of those budget devices, priced at around Rs. 13,990. It takes on phones like the Xiaomi Redmi Note 3, LeEco Le 2, Moto G4 Plus and more. Like its big name counterpart Samsung, HTC's phone is also specc'd lower than the regular budget players, but the company has proved in the past, that it can make the best of such specs. The Desire 628, however, is not its best work.

We've seen such designs from HTC before, and given the similarities in almost all of its competitors, this one's refreshing. Yet, we've known better, especially from HTC. 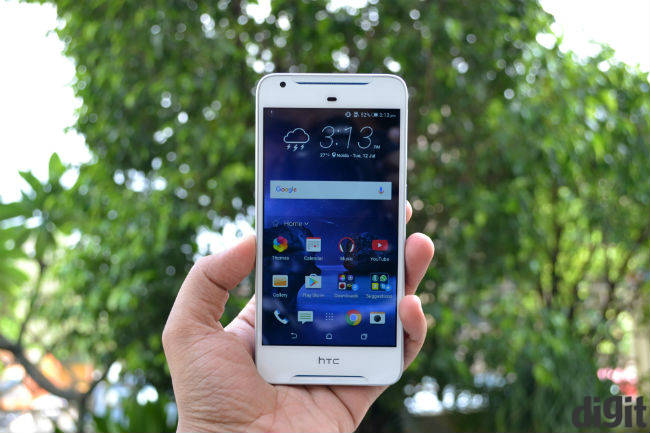 On the one hand, the HTC Desire 628 may be considered "good looking", one the other, it's definitely not functional. The body is entirely made of glossy plastic and while it doesn't have the sleek metallic shine, the blue accented sides go well with the white overall body, and you wouldn't really call this a design that doesn't belong in its segment.

Having said that, glossy plastic makes this phone incredibly slippery. This increases even more if you're sweating, or have generally sweaty hands.

HTC's Boomsound speakers are on the front (top and bottom). The front camera rests on the left side of the top speaker, while the sensor hub is below it, bang on the middle of the top bezel.

One has to appreciate the symmetry in the bezels above and below the display, but it makes the phone bigger than it needs to be. To be clear, the HTC Desire 628 is in no way too big, nor is it heavy, at only 141 grams (according to our measurements), but it could have been smaller. The bottom bezel especially feels useless since the phone neither has a fingerprint sensor, not capacitive buttons. 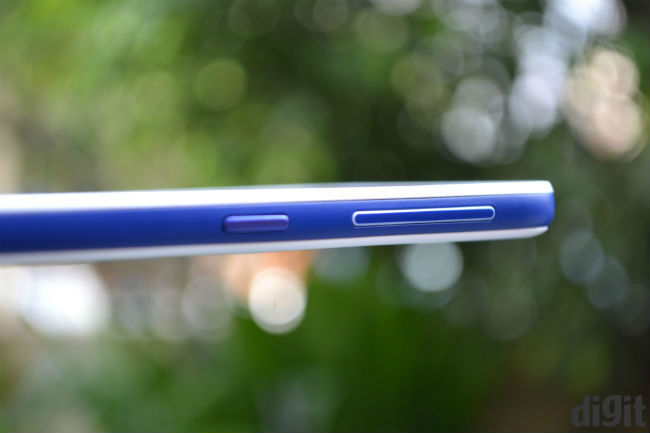 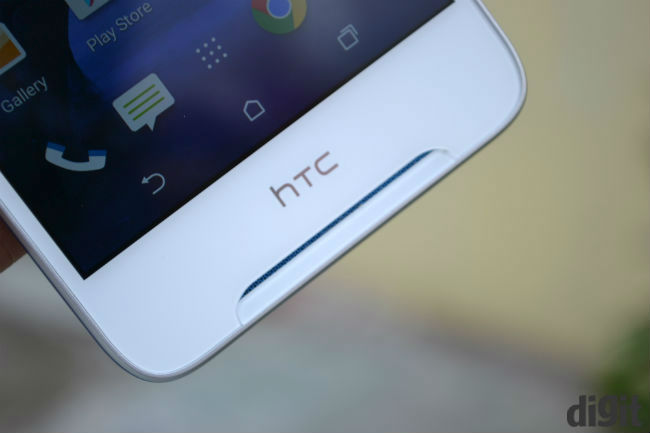 However, what's most irksome to us, along with the glossy back, are the thick bezels on the sides of the display. While most are trying to reduce display size, even in this range, HTC's thick bezels make the 5 inch screen feel far smaller than it is. The company has been a pioneer and expert in design, which makes this all the more surprising.

Lastly, you'll find the 13 MP rear camera on the top left of the back, with a circular flash below it. HTC has also placed the noise cancellation mic next to the camera, while the micro-USB port and headphone jack are at the bottom and top, respectively.

Overall, we'd say that while the Desire 628, though tightly packed and well built, isn't the design we're used to seeing in this price segment anymore.

As we mentioned above, the Desire 628 has a 5 inch display. HTC chose to go with a mere 720p panel, though, presumably to reduce its own costs. This results in a 294ppi pixel density, and if you look close, you will see a lack of sharpness.

But, while the sharpness element would be evident to a very keen eye, one can't escape the fact that this is a dim display. We found the maximum luminance to be at around 231 lux, which is much lower than the 700+ readings we've seen earlier.

Speaking of colours, the Desire 628 isn't the best in that department either. The blacks aren't deep, and overall colour fidelity is lax. You will see a hue in bright res colours, most likely caused by the backlights. It's easily discernible by filling the screen with the red colour at full brightness.

All of this, combined with the fact that the screen is also reflective and doesn't have the Gorilla Glass feel, makes the Desire 628's display, rather mediocre.

While HTC's Sense UI has its fans, the Desire 628 ellicits criticism here as well. It runs on Sense 7.0 meaning, which is the older version of Sense now. On top of that, the phone itself runs on Android 5.1 Lollipop, still, which is a bummer. Some may also find the lack of OTG support a drawback.

It is here that HTC has done a better job than the rest of the phone. While it runs on the year-old MediaTek MT6753 octa-core SoC, clocked at 1.3Ghz, HTC is churning out the best out of it. Yes, the phone is still underpowered to its competitors, but you're looking at better performance than some others in this range.

On regular performance, load times are high, but not annoyingly so. It has 3GB of RAM, which is managed well enough to satisfy light users. If you generally use your phone just to take calls, check email and browse a bit, the Desire 628 os smoother than a Samsung Galaxy J5, but no match to the LeEco Le 2, Xiaomi Redmi Note 3 or Lenovo Zuk Z1.

Playing heavy games also doesn't bring it to its knees very easily. The performance is still average, but consistently so. You get high enough frame rates on games like Asphalt 8 and Injustice: Gods Among Us, to not be completely annoyed, but the phone does tend to heat up easily as well. In an air-conditioned room, at about 22 degrees room temperature, the Desire 628 reached 42.3 degree celsius after three races on Asphalt 8. It doesn’t heat up on regular usage, but the smoother performance on games etc. seems to come at a price.

The 13MP camera on the back of the HTC Desire 628 is yet another let down. While colours are fine, it loses details in almost every shot you take. Low light shots are mostly unusable, and the camera takes a long time to focus, irrespective of what light you’re shooting in. Also, like older HTC phones, the camera app takes quite long to open as well.

HTC has done a fine job with the HTC 10 recently, and both the HTC One A9 and One X9 have respectable cameras. In light of that, it’s disappointing that at least some of that hasn’t carried over to its budget devices.

Perhaps none of the above concerns hurt the Desire 628's chances as much as its battery life. It has a 2200 mAh battery, and it lasts for a mere 7 hours on the Geekbench 3 battery test. 5-7 minutes of gaming can drop about 10-12% battery, depending on the game. To make it simpler, we saw 12% battery drop after three races on Asphalt 8.

On regular usage, we had to charge the phone twice, while heavier usage led to charging three times in a day. Games can drop the battery quite fast, as can videos. You're looking at continuous screen on time of at best 3 hours, at full brightness.

The HTC Desire 628 is an attempt from HTC at regaining its lost market share, but it doesn't seem like the phone to do it. If you're buying in this range, the Xiaomi Redmi Note 3, Moto G4 Plus, LeEco Le 2, are all better options. The Desire 628 doesn't justify the price tag, and though HTC has done well to optimise performance, it still falls behind.