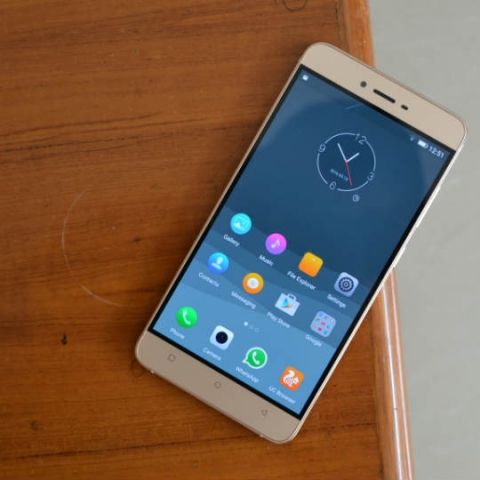 The Gionee S6 lacks the performance of a 19k smartphone, and even though it is a decent overall device, it is not worth recommending.

The Gionee S6 isn’t the newest phone in the market. Now that’s an odd statement to make in a review. What we mean is simply this. If you compare this device to the Gionee S Plus, you’ll find that the chipset, battery and even the display are the same, while the storage goes up from 16GB to 32GB. Gionee has also tweaked the design a little bit, but overall, there’s not much that’s new.

While the specification sheet doesn’t really do much to inspire confidence in the device. However, specifications don’t always define the device, and it may surprise us still. 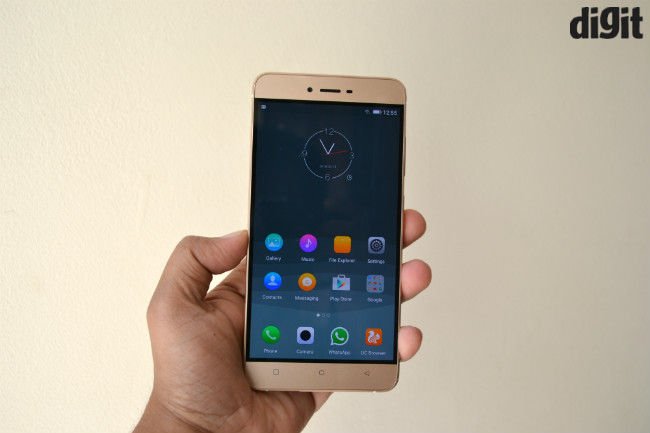 Build and Design: A premium metal design
The design and build quality are perhaps the strongest aspects of the Gionee S6. The aluminium build of the phone is amongst the best in the sub-20K segment. In addition, it has a premium finish and combined with the slim profile, the phone is quite a looker. 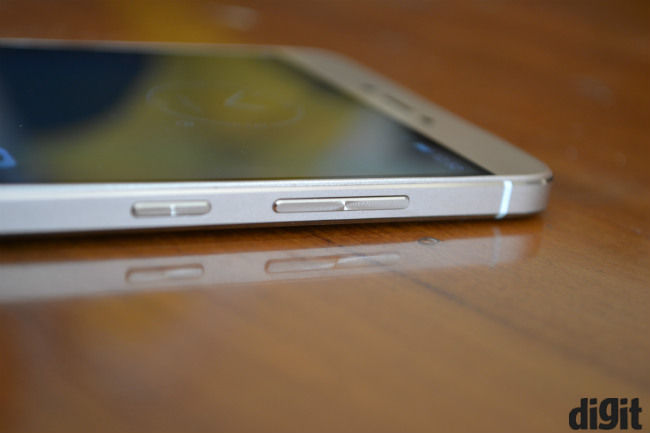 The Gionee S6 has chamfered edges on the back, which gives it a comfortable grip. The sandblasted back feels somewhat matte-like and looks better than most other smartphones in this price segment. Both the power and volume rocker keys are located on the right, and the button travel is good. The buttons are nice and clicky and offer good tactile feedback. The device also has thin bezels, which keep the overall size in check, despite the 5.5 inch display. Sadly, there is no fingerprint sensor on the device.

Display and UI: Oversaturated and heavy
The Gionee S6 sports a 5.5 inch AMOLED panel. The viewing angles are good and so is the touch response, but the colour saturation isn't true to life. You get warmer, more saturated colours on this phone, which is one of traits of the AMOLED panel. However, the colours are warmer than many other AMOLED panels. While we prefer colour accuracy, a majority of users will prefer the warmer and the more vibrant display. We would also like to point out that Gionee could have a done a better job with a 1080p FullHD display, but all you get here is a 720p panel. 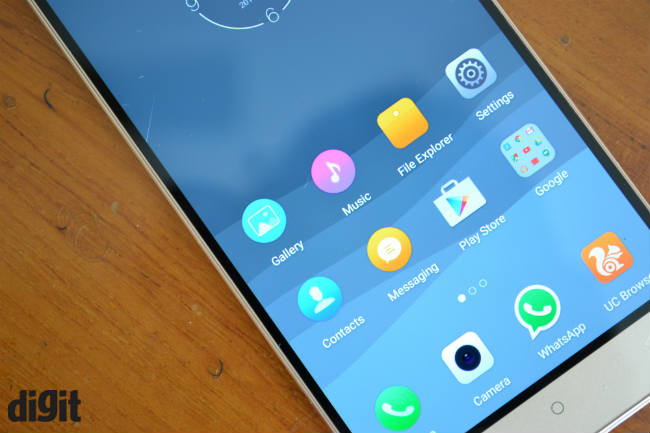 AMIGO UI 3.1 brings in a ton of features, but is heavy on the RAM. There is an iOS like control centre on the phone, which can called by swiping up from the bottom of the display and offers all the quick toggles one may generally find in the notification shade. Then there are smart gestures for when the display is turned off, smart dial gestures, which will let you pick up a call simply by lifting the phone to your ear. You can even clear all apps by just shaking the phone. 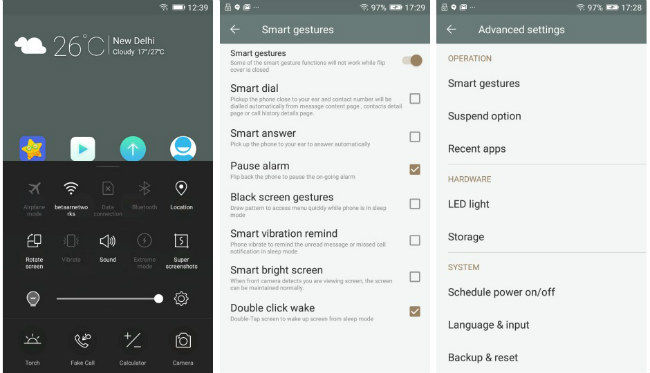 Performance: Barely alright
First of all, you need to know that this is by far not the fastest or the best performing phone in its price category. That said, the octa-core MediaTek MT6753 is more than capable of handling most tasks with ease, albeit with an occasional lag. We have seen this SoC in the Lenovo Vibe K4 Note and some other sub-10k phones. The performance is good when day-to-day tasks are concerned, but lacks the grunt when it comes to gaming. The UI itself, despite being quite heavy, is smooth enough thanks to 3GB of RAM, giving enough breathing space to various apps that you may need to run. The performance drop is only visible once you start playing heavy games like Asphalt 8 or Modern Combat 5 on the phone. It's not that these games won't run, but the quality of graphics rendered by the Mali T720 GPU is lower as compared to that of Snapdragon 650-powered devices like the Xiaomi Redmi Note 3. Overall, like the Lenovo Vibe X3 and other devices, the Gionee S6 lacks serious firepower, making performance its weakest area.

The battery life here, however, is commendable. We weren't expecting a big battery in a phone so thin. However, Gionee has packed in a 3150mAh battery pack, which provides about 11 hours of screen-on time. That said, while gaming, we noticed about 25% of battery drop in an hour, while other devices with good battery stamina usually drops by about 15-18%. This is a reflection on the processor not being well optimised in accordance with resource consumption. Using the phone as a daily driver, with about half a dozen calls, half an hour of gaming, three hours of music streaming and almost an hour of YouTube, the Gionee S6 was able to last us for a day without any issues.

Camera: The defining quality
The Gionee S6 uses a 13MP camera at the rear which is fast and takes really good photographs. The colours are quite true to life, and saturation is slightly accentuated to give images a more vibrant tone. Images taken in daylight conditions offer very good detail, and that is well reflected in macro shots as well. The image quality expectedly depreciates in low light conditions, but is still better than a lot of other devices in this range. The HDR mode aids in improving photographs in terms of overall light distribution across the frame, it turn appearing to optimise noise levels, making images suitable for casual usage. The camera app is quite good, and offers a number of optimisation options like Pro Mode, dual focus mode, night mode, beauty mode, a lot of filters and a burst mode that suggests the best photo depending on the blur level. The front-facing 5MP camera does a decent job as well, although a wider lens would have been preferred.

Bottomline
The Gionee S6 is a good-looking device, has a good camera and offers reliable battery life. However, the phone lacks in terms of performance, and the heavy UI feels laggy. The thing is, if this phone would have been priced lower and housed a fingerprint sensor, it would have made a decent case for itself. However, with phones like the Xiaomi Redmi Note 3 available at a lesser price without these cons, the Gionee S6 loses its ground. The 19k asking price defies its level of performance, and as a result, it is not worth recommending.