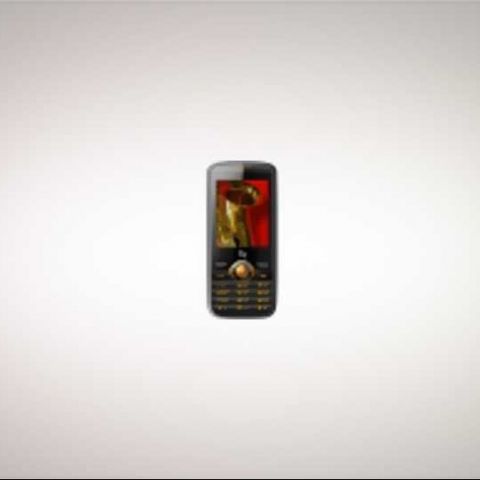 The Fly phone theatre MV135 is a good dual-SIM multimedia cellphone justifying the tag - ï¿½phone theatreï¿½. At a price of Rs. 3,949, it makes a good buy with appealing display quality and multimedia speaker performance. However, we would not recommend it if you are looking for a camera cellphone with decent video recording.

As the mobile market swells with more and more dual-SIM handsets, the competition is just getting hotter everyday! We just got hold of yet another dual-SIM (GSM GSM) cellphone - the phone theatre MV135 from Fly, which truly holds an edge with its gorgeous looks and sublime multimedia speaker performance. It is sleek and stylish with a predominant orange stripe decorating the edges of the battery cover and an orange coat highlighting the keys on the keypad. The media control buttons and the navigation dial are coated with orange, and add to the beauty of the cellphone.

[RELATED_ARTICLE]The glossy black finish on the front and back panels adds a stark contrast to the predominant orange coat. The Fly MV135 has no ports on the sides and instead the USB port & the 3.5mm audio jack have been moved to the top. The battery cover can be easily removed using the marked nail grip on the lower portion of either sides of the back-panel. There is an indented hole representing the 2MP camera at the top of the battery cover which is highlighted by the orange stripe running across the contours of the battery cover. Also, the booom logo engraved on the back-panel is decorated with some dotted artwork making a nice contrast against the orange stripe, which marks the boundaries of the battery cover. Removing the battery cover and the battery reveals two GSM SIM card slots and one microSD memory slot. The bundled 2GB microSD card serves as the value added feature, which most cellphones in this price category miss out these days. With due credits to the bundled memory card, we could easily download songs and videos from the PC for playback on the cellphone.

The bevelled keypad design with soft touch keys, delivers consistent tactile feedback and enables quick and accurate response to the user. Thus, the user could type messages with ease, without having to register the input multiple times.

Read on to know the performance, conclusion, specifications, performance test results, ratings and more in the next page >>

[RELATED_ARTICLE]The 2.4-inch screen with accelerometer serves well for watching high quality videos in wide-angle full screen format. However, we noticed considerable video playback stuttering and slow frame rates during the video playback test. Also, the viewing angle of display is limited to some degree of comfort. The saving grace was the good display legibility even under bright sunshine. Overall, the display test yielded very satisfactory results, justifying the tag “phone theatre” to some extent. Moving on to the loudspeaker audio quality test, we were satisfied with the dynamic bass boost and well balanced treble, yielding soothing music to the ears. The audio clarity did not falter even at 75% volume levels and the booom speakers truly held its sway producing good lows and mids. The bundled earphones justified the cause further by delivering extremely good vocals and instrumental sound clarity sans distortion even at 75% volume. Although, we found some sound distortion above 75% volume both with the loudspeaker as well as the bundled earphones. The Fly MV135 had a decent outing in the signal reception and voice clarity test.

The device loudspeaker delivered choppy and distorted sound output at high volumes, although the audibility was very good. We were a bit disappointed with the loudspeaker clarity on the calls, as it defeated the purpose in noisy environments. The hands-free headset did a decent job in delivering clear and unwavering voice clarity, throughout the test. There was nothing special in the camera photo quality test, as it did well in taking good snapshots, producing crisp and bright images. However, the outdoor photos looked better than the indoor ones, emphasizing the need for autofocus and flash, which is a major drawback. Also, it delivered lacklustre performance in the captured video quality test, with visible grains and patches of pixelated artefacts in every frame of the video. To say the least, we were very disappointed with the poor video camera. However, it yielded good data transfer speeds with a score of 736kbps during the Bluetooth test. Overall, if we can overlook the weak video camera and average device loudspeaker clarity (on call), the Fly MV135 truly holds an edge as a multimedia cellphone.

The Fly phone theatre MV135 is a good multimedia cellphone justifying the tag - “phone theatre”. At a price of Rs. 3,949, it makes a good buy with appealing display quality and multimedia speaker performance. However, we would not recommend it, if you are looking for a camera cellphone with decent video recording.