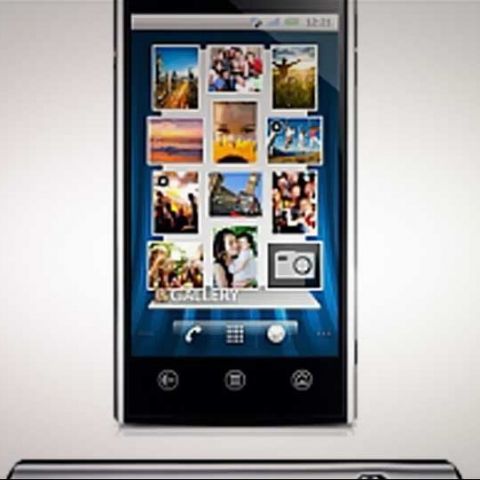 For a price of just under Rs 30k, the Dell Venue offers a combination of good looks with disappointingly sluggish performance. The Venue oozes class with its looks and superb finish. However, despite being powered by a 1 GHz processor, the Venue doesnï¿½t feel that powerful. If you want a touchscreen phone with a 4-inch or bigger screen, there are slightly less expensive (and better performing!) alternatives available.

The Venue is essentially Dell’s second stab at the Android smartphone market, after the huge Streak. And this shows. While the Streak turned out to be a huge block of glossy black plastic with an equally glossy screen, it was still pretty impressive. However, the Venue is in a league which is two steps further, both in terms of class and quality. But the big question is, does the Venue perform as well as it looks? Let’s find out.

First Impression: the Venue is ready
This phone is a complete mixture- of the shiny and the subdued and of the glossy and the matte. The front panel of the phone has the 4.1 inch display flanked by the glossy black coloured finish. The touch based keys below the screen are classily lit. By the way, the screen is the Gorilla Glass type, which makes it extremely resistant to scratches. The rear panel has the finish which is similar to the one we used to see in the Dell XPS series of laptops- Dell’s roots coming to the fore here! Thankfully, this is the matte finish type, which makes this panel less prone to becoming a scratch and fingerprint magnet. The stripe of chrome along both side panels gives the phone a classy feel, but may end up looking faded or washed out in places after some time of use, particularly in the summers with sweaty palms. The phone, despite it being in the ‘big’ smartphone category, feels very comfortable to use. Fits well in the hand, and the non-glossy/non-slippery finish of the rear panel ensures that this one doesn’t slip about in your hand while using/typing.

Features: Understatedly loaded
The Venue is powered by the combination of the Qualcomm’s Scorpion processor clocking at 1 GHz, Qualcomm QSD8520 chipset and the Adreno 200 GPU. Android 2.2 is preinstalled, but there is no real clarity on whether the Venue will get the Android 2.3 upgrade. Coming back to what is available at the moment; the Venue’s 4.1 inch screen has a resolution of 480x800 pixels, and is the AMOLED type. The 8 megapixel camera is capable of recording 720 HD videos. Like other Android smartphone manufacturers, Dell has its own unique skin wrapped around the Venue. Called the StageUI, this one remains quite un-intrusive to the end user, despite having almost the same features/space as the Motorola MotoBlur or even the new Acer Breeze UI, seen on the Acer Liquid Metal. Multiple screens have lots of space to pin up the widgets. Apart from the traditional app widgets which come piggybacking with most Android apps, Dell has its own plethora of Dell Stage widgets on offer. Mails, messages, favorite contacts and gallery are some of the ones available. However, there is still some more tweaking needed to make the StageUI come close to the entire package offered by the HTC Sense UI. 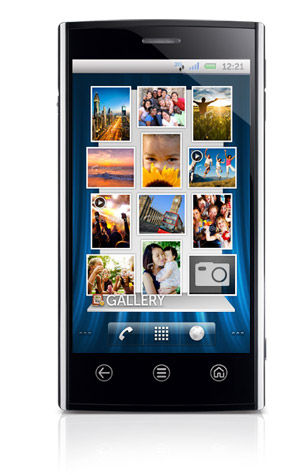 Performance: Powerful, in an understated way
The fact that the Venue is powered by a 1GHz processor, this one stands among the more powerful phones available in the Android ecosystem. However, switch on the phone, and it doesn’t feel that way. There is a bit of lag in the menu scroll, and despite a powerful processor, hardly any apps running in the background and a minimalist Dell Stage UI, the interface seemed a bit jerky at times.

The 4.1 inch screen is quite good, with a resolution of 480x800 pixels. However, most images tend to throw up a bit of gradation in certain colours. The touch response is fantastic, which makes the 4.1 inch screen extremely comfortable to use. The on screen keypad is extremely well spaced out in the portrait and the landscape mode. However, the screen should have had a higher screen resolution. The Samsung Wave-II (based on the Bada OS, however), with a 3.7-inch screen has the same 480x800 pixel resolution, which means stretching it on a bigger screen just sucks the impact from the display.

Funnily enough, in the mail application, we could not attach anything except a photograph to a mail we wished to send. We could not find a way of attaching documents to any mail, which kind of limits the phone’s capabilities. Surely, this will annoy a lot of people.

[RELATED_ARTICLE]The call quality offered by the Venue is extremely good. The loudness of the entire earpiece, handsfree headset and the built-in speaker combo is good, and critically, is well mixed with clarity. In noisy situations, there won’t be a problem hearing the other side. However, the audio does tend to break quite a bit if the signal strength goes below 50%. Camera is good enough for using when a dedicated camera is unavailable. The images will be clear, as long as the ambient lighting is good. 720p videos are smooth, with no jerkiness visible. However, the camera does have some shutter lag, which makes clicking still images a bit annoying. After clicking, you will have to remain in the same position for a couple of seconds otherwise the blur resulting from the camera moving will ruin the picture – this essentially renders the camera useless, we’d love a update to resolve this issue. Battery life of about 2 days, and this is an improvement over the smartphones based on the pre-Froyo (Android 2.2) operating system versions.

Read on to know about our take, the specifications and the price of the Dell Venue smartphone...

Our Take: Almost there, but...
While the Dell Venue is a real improvement over the entire package offered by the Streak, there is still a lot of work that needs to be done before Dell has the most competent phone to rival the likes of HTC and Motorola. The real selling point of the Venue will be the good looks, and the 4.1-inch touchscreen, to boot. For just under Rs 30k, s slightly on the expensive side, particularly if you look at the rivals. The HTC Desire HD offers excellent performance in a slightly sleeker form factor, with a screen that looks a lot better. And it costs about Rs 27k. Or, if you can manage with a slightly smaller screen, then the HTC Desire Z may be worth a checkout, particularly since it has the side slide out QWERTY keypad as well. A third alternative is the slightly ageing, yet very brilliant Samsung Galaxy S. The screen on the Galaxy S is superb, and the performance on offer is superb. And with the new S-LCD, the Galaxy S is retailing at just under Rs 20k.