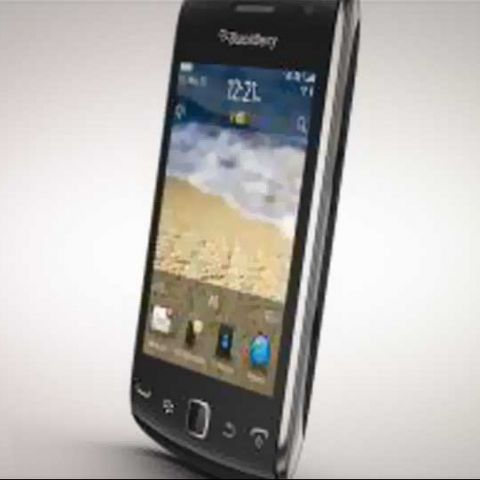 The BlackBerry Curve 9380 is THE touchscreen only Blackberry to buy, even more so because it isn't very expensive.

Quite clearly, RIM is focusing on the touchscreen phone market this year. Phones with touchscreens and QWERTY keypads as well as touchscreen only devices are now available in the Curve range as well. And we think it is a good value for money device. Read on to know why.

Look & Feel
Having used the Torch 9860 quite extensively, the form factor of the Curve 9380 didn’t take getting much used to. The form factor is essentially the same, only slightly smaller. It is built very well too. The four keys below the touchscreen - call connect and disconnect, menu and return have a better feel to them, in fact. The integrated design means you don’t feel as though you are pressing actual buttons!

There is the traditional chrome border running around the sides of the phone. Flip it over, and you have a shiny black battery cover. Absolutely hate the side opening mechanism of the cover, which is a pain in the nails!

Overall, the phone feels slightly classier and expensive than the actual price tag. Even though Curve phones have traditionally been far behind the Bold series in terms of build quality and looks, this one seems to blur those lines. 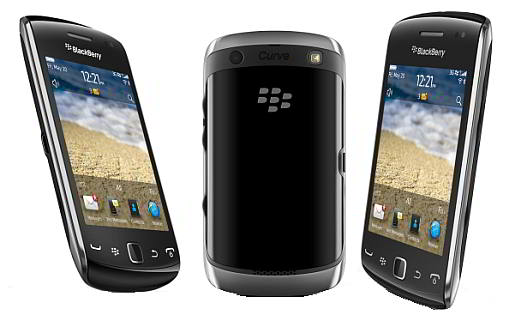 Features & Performance
RIM toned down the processor power on this phone, from the usual 1GHz or so processors to an 806MHz one. It is paired with 512MB RAM though, meaning that the OS 7 performance doesn’t really feel the pinch despite less than 1GHz of processing power. We had Whatsapp, Facebook, Twitter, Foursquare and a couple of other apps running in the background, and yet, OS 7 didn’t really slow down. The only real difference we saw was that the inbox became a bit sluggish to open messages, or to return to the inbox.

The 3.2-inch display is quite impressive. With a 480 x 360 pixel resolution, it does well as far as crispness is concerned. Even at 30% brightness, it is enough for most indoor situations. In bright sunlight, reading text isn't really a problem. We were very impressed with clarity of text rendering on web pages as well, and the smoothness of the zoom-in and zoom-out effect. The only real area where this display disappoints is in colour depth. The display tends to lack the colour depth of most of its siblings.

If you remember, we had mentioned that the on-screen keypad on the 3.7-inch display on the Torch 9860 is uncomfortable to use in portrait mode. That problem is compounded by the even smaller display size on this phone. Flip the phone into portrait mode and the keypad is comfortable to use. The primary problem with the portrait mode keypad is that the key size is too thin and the keys don’t really have any spacing between them. Spelling mistakes abound, you will crave for the QWERTY keypads Blackberry smartphones are known for.

The 5MP camera on the Curve 9380 retains almost the same specs as the Torch version sibling, but lacks the image stabilization feature. Secondly, the video recording resolution is limited to VGA, just like the Bold 9790 we received very recently. Image quality is very satisfactory, but even the slightest bit of shake will ensure blurred and noisy images.

While the Curve does lose out in terms of processing power, camera specs and display size when compared to the Torch, the 9380 does have the NFC feature that is surprisingly missing in the 9860.

Battery backup lasts about 1.5 days on a complete charge. Essentially, you will need to charge the phone every evening to have a full battery for the next day at work. There is a 1230 mAh battery.

Our Take
Quite simply, the Curve 9380 looks like the smaller sibling of the Torch 9860. Admittedly, both phones belong to different series’ of smartphones, but you can see the uncanny resemblance, apart from a slightly smaller display, and considerably lighter to hold. While it feels a bit weird to use a Blackberry without a trademark QWERTY keypad, this one does quite well on the touchscreen front. Where it does face a stumbling block is that the OS 7 isn't really optimized for the touchscreen, and the go-between attempt to work well with a QWERTY as well means the UI experience isn't as slick as it could have been. Nevertheless, this is THE touchscreen only Blackberry to buy, even more so because it isn't very expensive.