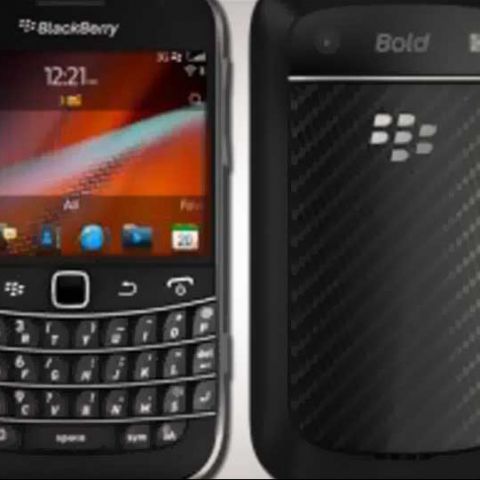 Sporting a price tag of Rs. 32,490, the Bold 4 does look like it has come nicely dressed in a suit with a crisply pressed shirt. However, beyond the looks, there is a bit of familiarity to the entire package. OS7 looks a lot like the OS6, and the age-old problem of not enough apps just persists. The touchscreen plus QWERTY combo works well. However, we would recommend the latest Bold just for its superb display and the fantastic keypad.

The much maligned handset maker, Research in Motion (RIM) has come out all guns blazing, against the critics. A 1.2GHz processor, an HD camera, a new OS and a very good touch display. But does it really have the correct answer, package wise?

Look & Feel
The Bold 9900 is undoubtedly the sleekest and smartest looking Blackberry phone we have seen till date. It has a form factor reminiscent of the Bold 9000, but is slimmer and has a classier finish. While the Bold series of phones had become smaller after the original Bold 9000, the Bold 9900 goes back to its roots. What the slightly bigger (than the Bold 2 and Bold 3) form factor does is allow for a very comfortable keypad. Not that the Bold 2 or Bold 3 keypads were any uncomfortable, but this one just feels that much better.

The display and the keypad take up equal space on the front panel. The brushed metal frame adds a classy touch to the entire package. While the phone falls in the ‘big’ category, it isn't uncomfortable to hold or use. The slightly rubbery grip ensures that it wouldn’t slip normally. Despite having a very sleek form factor, the Bold 4 still feels on the heavier side, weighing about 130 grams.

Features
Trust us when we say this, but we had kind of given up on this – a Blackberry with a 1GHz or more processor, an HD camera and a new OS almost seemed like it wasn’t going to happen! However, this has happened, maybe because RIM had to prove a point. Or maybe because they realized that its now or never to catch up in the hardware race and the OS wars.

Add 768MB of RAM to the processor package, and we know for sure this one isn't a slouch. The 2.8-inch display is a touchscreen in itself, and has a resolution of 640x480 pixels. The phone comes with 8GB of built-in storage, with the microSD slot to expand that by 32GB more. The 5MP camera will record 720p HD videos.

What we were really looking forward to is the new OS – the Blackberry OS7. And straight out of the box, it doesn’t look very different to someone who has been using an OS6 device for a long time. Minor icon changes and a few theme modifications, but the essential layout and design remain the same. Not that it is a bad thing, but what was needed was a bigger overhaul of the UI.

Performance
[RELATED_ARTICLE]Switch it on, and the 2.8-inch touchscreen (640x480 pixels) impresses with the crispness and colour vividness. Even with 30% brightness, we did feel at times that the display was a tad too bright for indoor usage. In the sunlight however, this does hold us in good stead. The goodness doesn’t end here, and the QWERTY is by for the most comfortable one we have seen on Blackberry phones. The wide form factor makes for a well spaced out keypad. Add the touch capabilities to it, and the all-rounder is pretty much set. However, let us point out that the touch capabilities can only be utilized to a certain extent. This feature comes in most handy when you are flicking through the applications, web pages or the Facebook and Twitter timelines. Beyond that, you will feel more comfortable comfortable using the optical track pad to navigate.

With a 1.2GHz processor and 768MB of RAM, the phone’s performance is just very smooth. Load it with a few apps (running in the background as well), and it doesn’t slow down. Most phones do get bogged down a bit once you start clocking up the SMS numbers, BBM chats and a humongous contacts list.

However, the battery life is a bit of a disappointment. The 1230 mAh battery powering the 1.2GHz processor was never going to be enough, and it shows. Moderately heavy use, and you will need to charge it before leaving for office the next morning. Essentially, one day and a bit more of battery life does seem like a backward step when compared to the Bold 3 that lasts 2 days and a bit more under the same usage pattern.

Our Take
At a price of just above Rs 32000, the Bold 4 doesn’t come cheap. However, this one is the best-looking Blackberry device we have seen in a long time. And also fact that the keypad is just so unbelievably good to use that we were actually sad when the review unit finally left us. Agreed, there are lesser-priced phones out there that can cater to this segment, but using this one just gives a sense of happiness! It is a lot of money, but it’ll be well spent.