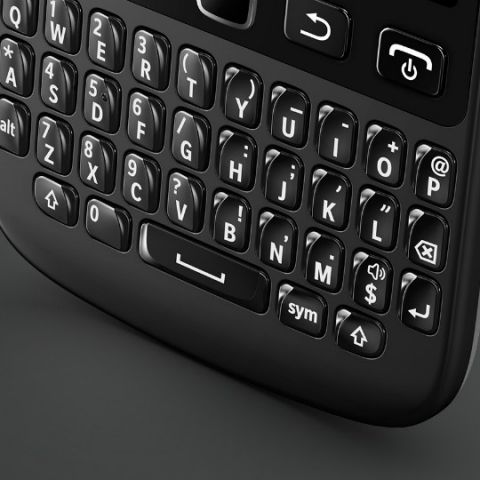 BlackBerry OS 7.1 is not dead, not by a long shot. Smartphones running the OS will very much be around, and the 9720 is just one of the many that the company says will be launched in the coming months. At Rs. 15,990, the 9720 does test your love for BlackBerry, and will pretty much carry on with what the previous series of Curve phones did - appeal to the young demographic who want a BlackBerry for BBM, or just for the keyboard. The rest will probably find it too drab and repetitive.

BlackBerry has been clarifying time and again that with BB10 around, the reports of OS 7’s demise have been greatly exaggerated. And the proof of the pudding lies in eating it, clearly. With the new 9720, BlackBerry is back to appealing to the “BlackBerry Boys” crowd. Just to prove what they were saying, the company launched the 9720 in the Indian market. Will it work? Maybe.

Build & Design: More of the old school charm
The design cues have been taken from the previous generation of Curve phones, so much so that you will be hard pressed to actually identify any difference from afar. The only real difference is the straight-line keyboard with flatter keys, instead of the curves and angles of the previous gen. Below the screen sit the traditional bunch of keys - call connect/disconnect, the optical trackpad, Menu and Return. The trackpad is actually a bonus, because the touchscreen itself ensures you can take care of a few tasks. But unlike the BB10 phones - the Q5 and the Q10, the OS 7.1 isn’t the slickest for an all-touch usage scenario, and the trackpad becomes more than a necessity.

The right side spine has the volume rocker, the play/pause key as well as the convenience key that can also be used for activating the camera and subsequently for shutter control.

The battery cover has a nice soft finish to it, which helps immensely with the grip. The white colour finish has a self-design, which feels good in the hand. 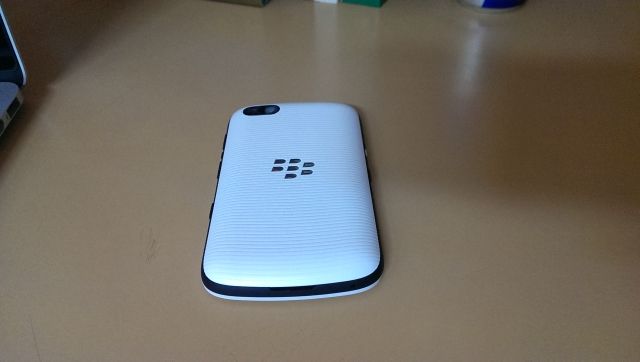 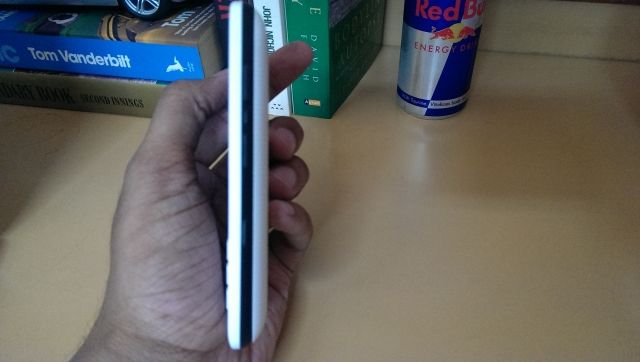 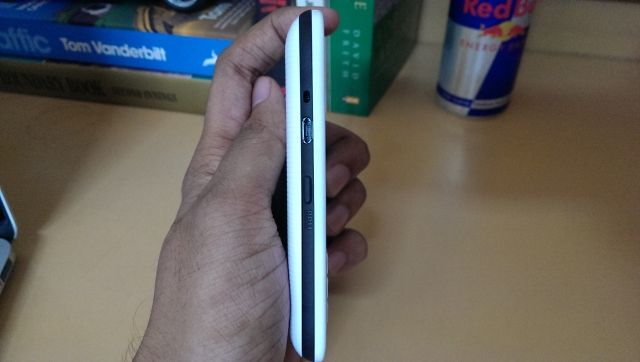 A well built phone, that doesn’t show any signs of “cheapness” or rough edges. My only problem with this device is that it feels a tad too similar to the previous Curve series BlackBerry smartphones. And for someone who wishes to be seen with the latest design’ smartphones, this just won’t cut it. A slightly refreshed design, closer to the BB10 smartphones, would have been just lovely. But, at the moment, you will be at pains to inform people that this is a new BlackBerry, and not just an old one.

Display: Good things come in small packages
It may just be a 2.8-inch real estate, but the screen itself is IPS - brilliant colour reproduction, natively very bright and text readability is very good. Because of the limited real estate available, you will realize that despite the excellent tendencies of this screen, it is not ideal for prolonged multimedia use - something the Q5 is a tad better at. 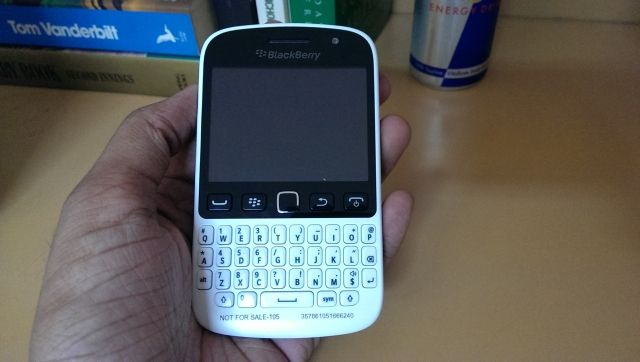 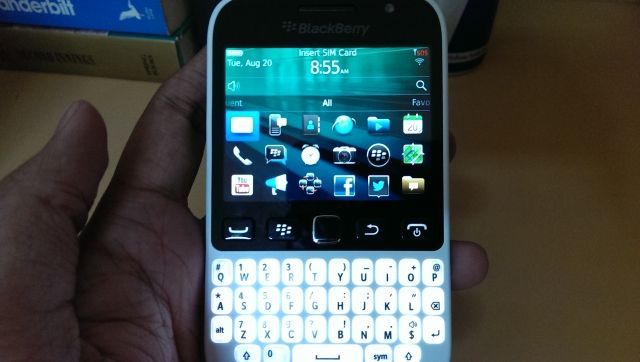 The only niggle is that visibility in bright sunlight isn’t as good as we hoped it would be, mostly because of the reflections. At auto brightness, the problem is solved to a large extent, but if you prefer keeping the brightness levels low, sunlight usage brightness sweet spot is actually at 80%, and no less.

Keyboard: Takes cues from BB10 phones
While the rest of the package may have stuck to the package the older Curve phones offered, the keyboard has received a welcome change. Not that it was bad earlier, but the relatively flatter keys and the straight-line row layout means the experience has become a lot better. I personally find that the keys are a tad on the smaller side (maybe I have been spoilt by the BB10 phones), but once you get used to this keyboard, typing at quick speeds will be like a walk in the park. The key travel is good, and the feedback is assuring and consistent, although it feels a tad soft. But that is because the 9720 doesn’t have a metal chassis. 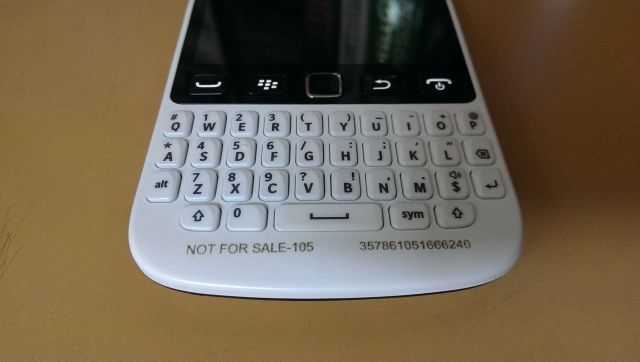 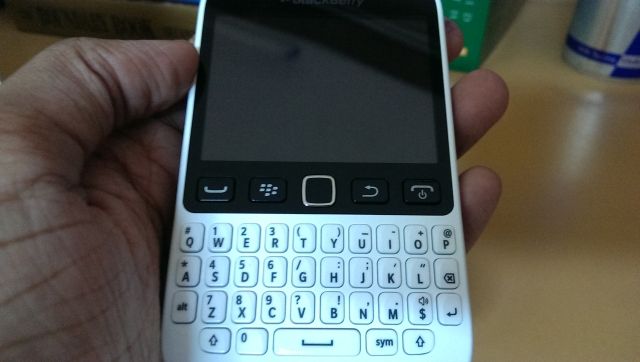 OS 7.1 performance: Well, it is still around
The OS 7.1 UI is very well known, and that remains as is. We will not get into the debate about whether BlackBerry should have made a few sacrifices for the children and sent this phone out with the newer BB10 OS. The highlight still remains the mail client and BlackBerry Messenger, and they work just like earlier - smoothly.

For the social networking animals, there is the new app called Multi-Cast, that will simultaneously post an update on BBM, Twitter and Facebook. Apart from that, you have the standard selection of social networking apps to choose from, and with the focus shifting to BB10 as far as app development is concerned, do not expect too much more to happen for OS 7.1, even though BlackBerry may want to convince us about the contrary. Not a very powerful processor paired with 512MB of RAM, but for the apps that OS 7 still sports, it is pretty much in line with the requirements. We don’t think you will have enough running in the background ever to actually have the OS come to a crashing halt. Facebook and Twitter in the background, while you are checking the mails? Easy as you like. For the usage it is meant for, and the demographic it is targeting, the 9720‘S hardware isn’t an overkill. Battery life is good enough for a day, when used as a primary phone, with 3G connected all the time, running the BIS plan for social networking, BBM and emails.

Buy or not buy?
Buy this, if all you want is an affordable BlackBerry phone. In the age of the flashy smartphones, this brings a warm change of subtlety and specific purpose. Not meant for everyone, particularly those who want a spec focussed device. But those who do need it, the 9720 will perform competently. Pretty much like a well oiled machinery.