In the price sensitive budget market, the Zenfone C has basically been squeezed in to increase the company’s product portfolio. I would much rather save Rs. 1,000 and buy the Zenfone 4 instead, because the smaller display isn’t a big compromise. In this day and age, if I’m going to spend anything above Rs. 5,000, then I want a much better device. This is the same thing I had written for the Asus Zenfone 6 earlier, which was basically the Zenfone 5 with a bigger display and a much higher price tag. You would get a better buy not only in the Zenfone 4, but also in the higher priced Lenovo A6000 and new Moto E.

Competing in the budget smartphone segment is a different kind of challenge nowadays. The lower price points offer lesser room for product differentiation, making it difficult to launch several devices at different price points. One stands the risk of confusing consumers as to what each device does. Over the last year, Asus has done well with its Zenfone series, but the new Zenfone C seems to be caught in this budget conundrum. While it isn’t exactly a bad device, I’m hard pressed to tell you to buy this device, given the competition. So, whatever I write from this point on is in relation to the competition. 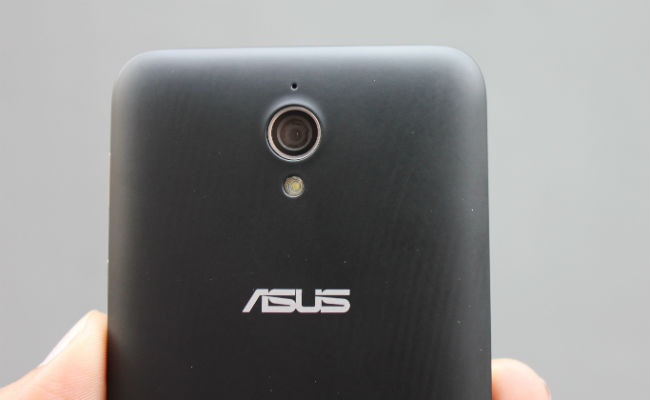 The build quality of the Zenfone C is similar to the Zenfone 4, albeit with a bigger 4.5 inch display. The back cover on my review unit was a bit wobbly, but I’m certain that’s a device specific issue. The overall build quality is the same as the Zenfone 5, but the phone is smaller and easier to manoeuvre. Given the Rs. 5,999 pricing, there’s not much to complain about. 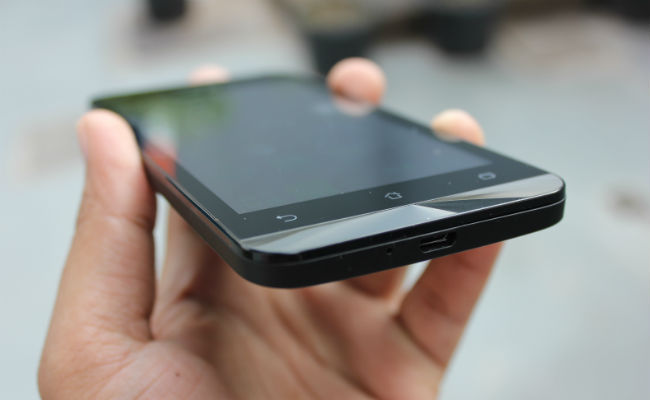 As mentioned above, the display size is inbetween the Zenfone 4 and 5, but it’s quality is closer to the Zenfone 4 than 5. At this price, I’m not irked as much by the 480x854 pixel resolution as I am with the poor viewing angles and overall glossiness of the display. It is a fingerprint magnet and not one that holds a candle to the likes of the Xiaomi Redmi 1S, or the older generation Moto E for that matter. The oleophobic coating helps provide a good touch experience, but the poor viewing angles is too much to ignore.

This is another area where the Zenfone C is inferior when compared to its competitors. I’m not a fan of the lag and stutter while playing games like Marvel Contests of Champions and let’s not talk about the time it takes to actually load the game. There was also a fair amount of heat generated by the device, with CPU temperatures going up to 50 degrees celsius quite easily.

The performance of the device would have been good in the older generation of budget devices, but compared to the Snapdragon 410s that we’ve just started getting, it’s not quite good enough. Intel’s Z2520 SoC seems to be failing majorly on this device.

If this was 2013, we would probably have loved this kind of performance, but we’ve seen much better at this point.

There is one redeeming quality in the Zenfone C though, that being the 5MP rear camera. But again, are you kidding me with a VGA front camera? Even a 2MP would have made more sense.

The redeeming camera on the Zenfone C, though only a 5MP shooter, takes some good pictures in low light and Asus’ low light mode has been a proven success till now. While the Zenfone C isn’t the best low light performer, it is still better than many. Yes, the Redmi 1S would still edge this phone out on the camera front, but it’s similar to the Lenovo A6000 and better than the Zenfone 4 or the older generation Moto E.

The camera is fast and does well with the white balance and colour reproduction. Could it have been better? Perhaps. But I’m not complaining.

The 2100 mAh battery on the Zenfone C should ideally be enough for this phone. That said, this is another area where it disappoints. In our battery test, the Zenfone C lasts a mere five and a half hours, while competitors like the Lenovo A6000 last at least an hour longer. The battery life could have been better.

Recently, in the Lenovo A6000 review, I talked about the first mover’s advantage that Lenovo had. The Zenfone C though doesn’t have the same advantage and comes out behind its competition. As I said at the very beginning, this isn’t a bad smartphone, but in this day and age, I don’t really see a reason to buy this phone. You would get a much better buy in the new Moto E or Lenovo A6000, which are both priced at Rs. 6,999. Buy the Zenfone C only if you can not go a penny above Rs. 5,999.

In the price sensitive budget market, the Zenfone C has basically been squeezed in to increase the company’s product portfolio. I would much rather save Rs. 1,000 and buy the Zenfone 4 instead, because the smaller display isn’t a big compromise. In this day and age, if I’m going to spend anything above Rs. 5,000, then I want a much better device. This is the same thing I had written for the Asus Zenfone 6 earlier, which was basically the Zenfone 5 with a bigger display and a much higher price tag.