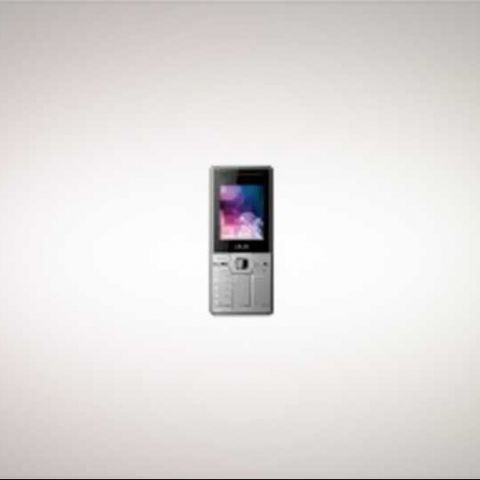 The Akai 3311 at its price is a capable dual SIM phone that offers decent radio performance and a reasonably loud loudspeaker, if nothing else.

The Akai 3311 is certainly not built on the philosophy of cutting corners, and don’t take that to mean Akai has pulled out all the budgetary stops when designing the phone, instead, think of the 3311 it as one of the most simply shaped rectangular phones out there.

We concede that the corners ARE a bit rounded, but the overall impression of a brick remains nonetheless. The Akai 3311 has a 2-inch screen surrounded by a thick black bezel. Most of the rest of the body is built out of matte-finish silver plastic, from the keypad to the back panel, with a corrugated black plastic trimming running through all four sides. The top of the phone comprises a torchlight on the left, with an extendable antenna on the extreme left, looking suspiciously like a stylus in hiding. The bottom of the phone has a microUSB socket on the right, while the back panel has a large speaker grill and camera lens housed together in a black rounded rectangle extrusion. The */ key is also the torch button (long press).

The phone is also mighty thick, measuring well over a centimetre on its side. The overall impression one gets looking at the beast is not one of class, though we are sure minor design decisions could easily have been taken to make it look much worse than it does now – a matte-silver brick! Ergonomically, the placement of the microUSB slot on the bottom is not ideal, as the handsfree wire sprouting out from there when in use can cause some weird entanglements and discombobulation.

As for the interface, the Akai 3311 goes one step simpler than the Akai Slimz, whose interface was lovingly described by us as simple and elegant. This is a good thing again in this case, a virtue that allows the user to utilize and locate all the features of the phone with nary a second thought.

Unlike the fellow dual SIM Akai Slimz, the Akai 3311 has dedicated SIM 1 and SIM 2 call buttons, though the SIM 2 button also operates as an options button from time to time. The navigation pad is useful on the homescreen, giving the user the choice (as default) of radio when pressing up, alarm (a maximum of five can be set) by pressing left, profiles by pressing down, and phonebook/contacts by pressing right. While this is great, the direct up to radio button is a bit dangerous.

[RELATED_ARTICLE]Why, you ask? Because as this phone’s main feature apart from dual SIM capability is its wireless radio connectivity, pressing up can result in some rather loud static/music/radio nonsense in the blink of a startled eye. So, be wary, keep the channel tuned to something peaceful, and REMEMBER, don’t ever quit radio leaving the volume at maximum. All this is moot however, as the user can define which navigation pad direction leads to which feature.

The rest of the interface is much the same as the Akai Slimz, with the exceptions of the icon design and the homescreen shortcuts tab. The VGA camera is just as hard to access, hidden under Menu>Multimedia>Camera, and just like the Akai Slimz, the video recorder is a separate native app in the same menu.

One of the best features of this rather inexpensive dual SIM phone is its FM recording ability, which can also be scheduled. As you’d expect, apart from recording, auto-preset tuning and other standard radio features can be found in the radio player. Apart from that, the phone’s advertised currency converter is just a glorified calculator that expects you to feed in the exchange rate.

The messaging interface is also simple to use and hassle-free, featuring simple layouts, and for text input: alphanumeric, predictive dictionary text, as well as Hindi.

The phone surprisingly has much better signal reception and call clarity compared to the more expensive Akai Slimz, in every segment, from handsfree to loudspeaker. That however doesn’t mean the phone’s perfect, with the listener experiencing some crackling disturbance in the normal handset mode, when the phone’s output is at high volume.

Audio performance is quite decent, though as we often observe, particularly in low-end phones, no bass is experienced, and the treble can get a bit sharp at maximum volume. However, there’s barely any distortion at max, and the bundled earphones do their job without being too painful. Radio clarity can be especially bad indoors, even with the antenna fully extended, in some cases, while in others, it performs with marginal static noise in the background.

Video playback performance is a disappointement, with major stuttering and AV synchronisation problems with our sample 320x240 AVI and MP4 videos. Lower resolution videos fare much better, but then, that’s the whole point isn’t it? The screen's 65K colours max also leads to some very noticeable banding.

The VGA camera speaks for itself, spouting noise and pixels hither and tither. Use only in emergencies!

The phone also has a rather powerful 1200 mAh battery that can see it though more than 24 hours on average use.

The Akai 3311 at its price is a capable dual SIM phone that offers decent radio performance and a reasonably loud loudspeaker, if nothing else.