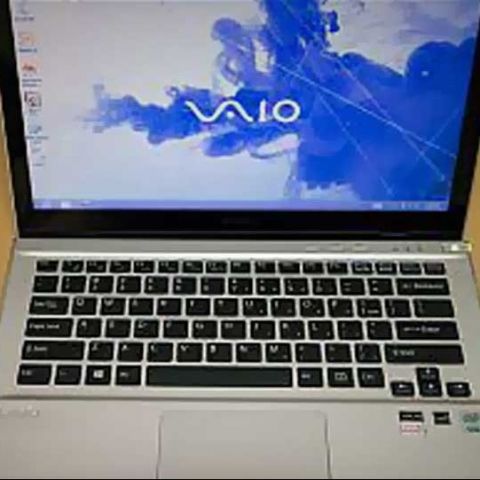 The Sony Vaio T-13 (SVT13126CNS) is a fairly premium ultrabook at is price. But that is only if you really need the touchscreen capabilities in addition. You might be better off considering the HP Spectre XT, the HP Envy 4 or the Lenovo IdeaPad U410 in case a capable ultrabook is all you need. And for the price it is available at, we would recommend it any day. The touchscreen is an additional bonus over the previous generation. However, if you aren’t very finicky about having a touchscreen, the slimmer HP Spectre XT might be worth considering.

The lines between the ultrabook and the laptops are blurring, for most intents and purposes. Yes, there is a fairly strict guideline for ultrabooks, but for most consumers, they just look at what the overall package is all about, and compare in relative terms. The Sony Vaio T-13 (SVT13126CNS) is one of those ultrabooks that slightly lean towards the laptops, but still stay within the strict guidelines for the ultrabook label!

Build & Design
The Vaio T11 that we had tested recently was technically an ultrabook, despite the smaller display size. The family look is pretty much there, and it is a bigger form factor in this case. The shift from the common black to the silver colour makes this laptop look better than it really may be! The lid, the keyboard deck and the base are all finished in the silver colour, with a mix between the metallic and the brushed look. There is the shiny Vaio logo on the lid, which blends well with the overall colour theme. Open the lid, and there is a fairly thick bezel around the 13.3-inch display of the Sony Vaio T-13 (SVT13126CNS), with a glossy black finish. The thick bezel is also an issue we had with the Vaio T11 ultrabook. The keyboard deck is neatly laid out, and there is a fair amount of gap between all the keys. The layout is easy to get used to.

Looks very similar to the smaller display sibling, the Vaio T11. We still do not like the idea of such a thick bezel around the display, and thinning that down would have reduced the footprint of the laptop as a whole.

The Sony Vaio T-13 (SVT13126CNS)’s ports are on the two sides. The right side has the Ethernet, HDMI, memory card reader and the 3.5mm headphone jack. The left side has two USB ports. There are LED indicators on the front – battery status, hard drive usage and wireless connectivity. No ports behind the display, because the lid, when opened up to the common angle of usage, almost touches the surface the laptop is kept on. However, we tried on multiple surfaces, and rest assured, the lid does not scrape the table.

Overall, for a machine costing upwards of Rs. 60,000, the Sony Vaio T-13 (SVT13126CNS) does sufficient work to ensure it looks and feels premium. The use of metal for the most part is lending it that expensive feel. Sony needed to do that, since this will be competing against the brilliant HP Spectre XT, which sets a rather high benchmark in this price band. While the Spectre XT still remains the undisputed leader, the Vaio does sit in a solid second place, and is built better than the Lenovo IdeaPad U410 and the Samsung Series 5.

Unfortunately, in the slimness stakes, the Sony Vaio T-13 (SVT13126CNS) does not come even close to the HP Spectre XT and even the HP Envy 4 and the Samsung Series 5 are slimmer still. For the sake of a comparison, the Lenovo IdeaPad U410 comes close to the Vaio T13, in terms of the thickness and the footprint as a whole.

The generous use of metal throughout makes this a very classy looking device. The brushed metal look on the lid contrasts with the more solid look on the keyboard deck.

Features & Specifications
The real attraction as far as the spec sheet of the Sony Vaio T-13 (SVT13126CNS) is the 128GB SSD, which gives it a serious advantage over the likes of the HP Envy 4-1002tx and the Samsung Series 5, all of which have a hard drive for primary storage and a mSATA drive for caching. Nothing beats the sheer performance boost of a dedicated SSD, and is worth the upgrade, if you can sacrifice the extra space the HDD would have offered. The HP Spectre XT also offered the same amount of storage.

The Sony Vaio T-13 (SVT13126CNS)’s Core i5-3317U processor clocks at 1.7GHz and is paired with 4GB of RAM. This is pretty much in line with the specs we have seen for most ultrabooks and laptops we have seen in this price category.

The keyboard will well spaced out and the touchpad has enough space for multi-touch gestures.

The Sony Vaio T-13 (SVT13126CNS)’s fairly standard 13.3-inch display has the expected resolution of 1366 x 768 pixels. Colour handling and text readability are impressive. However, the reflective nature of the display is a bit of an issue in most usage scenarios. Too much stuff in front of the display is reflecting off it, including the user’s own face in most lighting conditions.

The touchscreen experience is critical for a smooth Windows 8 experience, and that works well. Unlike certain ultrabooks and laptops that have flimsy display hinges pushing back the screen every time you touch it, the Sony Vaio T-13 (SVT13126CNS) stays firmly where you want it to be. This is half the battle won! Do remember, the likes of the HP Spectre XT and the Samsung Series 5 do not have touchscreen updates yet, and the Acer Aspire M3 Touch is the only other touchscreen capable ultrabook. Between the M3 Touch and the Vaio T13, the T13 offers a better touchscreen usage experience, primarily because of the better display hinge.

A bunch of quick access keys sit above the keyboard and blend in rather well with the overall design theme. The power key with the green LED does standout as a visual attraction.

Performance
With fairly common specifications, the Sony Vaio T13 is competing in the most populated ultrabook price band – Rs. 50,000 and Rs. 65,000. And for the spec-to-spec comparison, this is directly up against the HP Spectre XT.

To test the performance, the first benchmark that we ran was the PC Mark Vantage test. The Sony Vaio T-13 (SVT13126CNS) got a score of 9698 that is more than what the Dell XPS 14 and Acer Timeline Ultra M5 scored. However, the HP Spectre XT scored a whopping 12176 in the same test. Coming back to laptops, it is interesting to note that the Vaio T is scoring more than the Core i7-3612QM version of the Lenovo IdeaPad Z580 laptop, which clocked 9464.

The indications given by the numbers from all the Sony Vaio T-13 (SVT13126CNS)’s system performance benchmark tests are proved correct in the real world usage experience. The machine comes preloaded with Windows 8, and boot up times on this SSD are blazing fast. Once into the OS, apps open very quickly, and that is actually because of a blazing fast solid-state storage. The ADATA AXM14S3 128GB drive is what Sony has installed on this machine, and it scored far and away the highest performance score among all ultrabooks and laptops. We must commend Sony for doing a good job with this laptop, because putting in an SSD is one thing, but putting in a premium one makes a lot more difference.

However, the key travel is not enough and that takes some getting used to.

The Sony Vaio T-13 (SVT13126CNS)’s battery life is again very similar to most ultrabooks. In our heavy stress battery test, the battery on the Vaio T lasted 188 minutes. Essentially, 3 hours in the battery test easily translates into 5 hours in most real life usage scenarios. In terms of sheer numbers, the Acer Aspire M3 Touch is by far has the best backup time in conventional ultrabooks, with a recorded time of 266 minutes. The tested battery backup time on the HP Spectre XT was 197 minutes.

Bottom Line
All in all, the Sony Vaio T-13 (SVT13126CNS) is a fairly premium ultrabook at is price. But that is only if you really need the touchscreen capabilities in addition. You might be better off considering the HP Spectre XT, the HP Envy 4 or the Lenovo IdeaPad U410 in case a capable ultrabook is all you need.

The lid almost touches the surface of the table when the lid is opened up to the angle you may generally use the device, but not exactly scraping it.