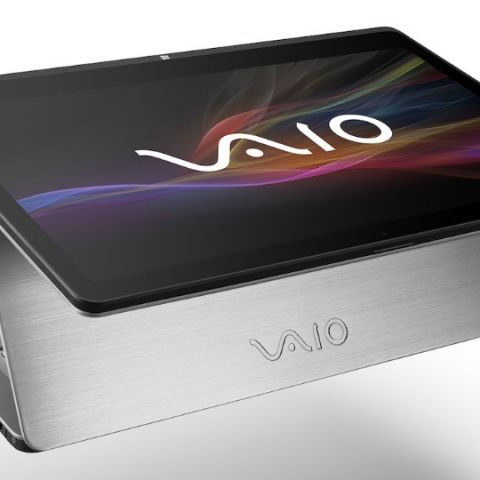 Sony seems to have taken the idea of a Windows convertible to heart. The latest from them is the VAIO Flip 13, following on from the VAIO Duo. But, things aren’t what they seem. In the traditional laptop mode, this is pretty much the ultrabook you would have wanted. But, the twisty and bendy bits aren’t that impressive, and the "slide this out" and "twist this here" process is something that you will have to remember - it doesn’t come naturally. Unless you want an ultrabook that can do all the Matrix style show off, you would be better off spending this much money on a more conventional laptop or ultrabook.

These days it is becoming a little difficult to get your hands on a laptop or ultrabook that doesn’t like to show off its “hybrid” abilities. The Sony VAIO Flip 13 is one such machine. But then again, this is quite expected from the same brand that adopted the concept of the hybrid with much excitement, with the VAIO Duo.

Build & Design: Looks good, not very well put together
The Flip 13 carries many design elements from some of the recent VAIO notebook refreshes. The lid and the palmrest area have a brushed aluminum finish, and a single colour tone across the entire construction. However, the hybrid mechanism does make the lid thicker than what it ideally could have been. The ports are spread across the two sides. It is actually thinner on the near side (and isn’t just a visual illusion). The right side plays host to the two USB 3.0 ports, an SD card reader, and a full-size HDMI port. On the left side, there is the 3.5mm headphone jack.

However, this is where the positives end. Despite the use of materials that look good, there is quite a bit of flex at multiple points on the chassis - the Palm Rest area, the lid and the base. The Palm Rest area dips in and creaks relatively easily even though your palms may just be resting on it as you type. Press down on the lid at the very middle (where the two pieces of the panel meet) and you will notice that even the slightest pressure bends it in. The screen flip mechanism is fairly simple, but this does come with a caveat. The materials look good and they don’t feel bad, but the final build quality is definitely inadequate for this price tag. 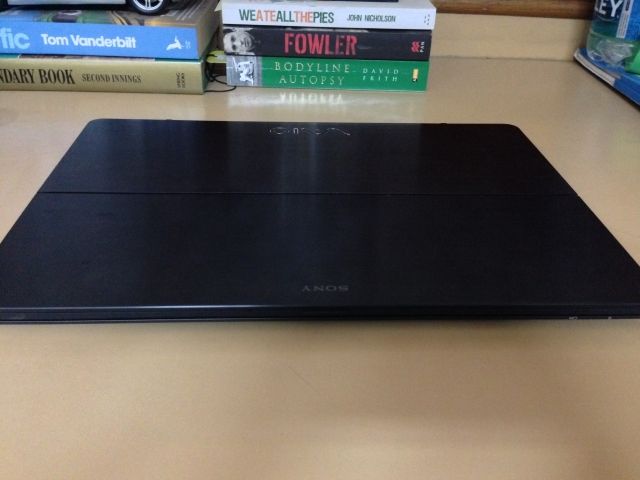 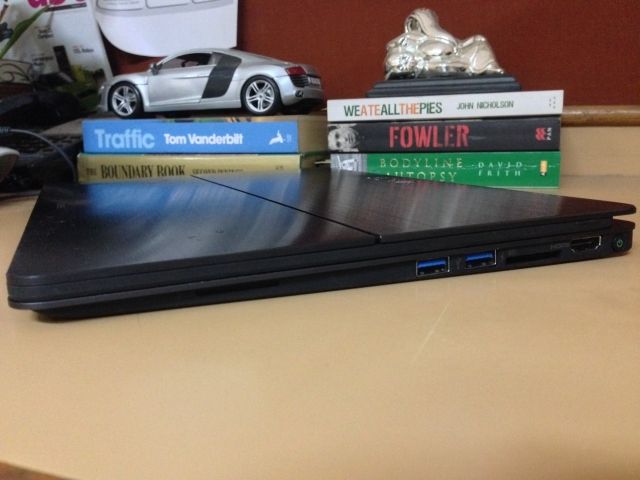 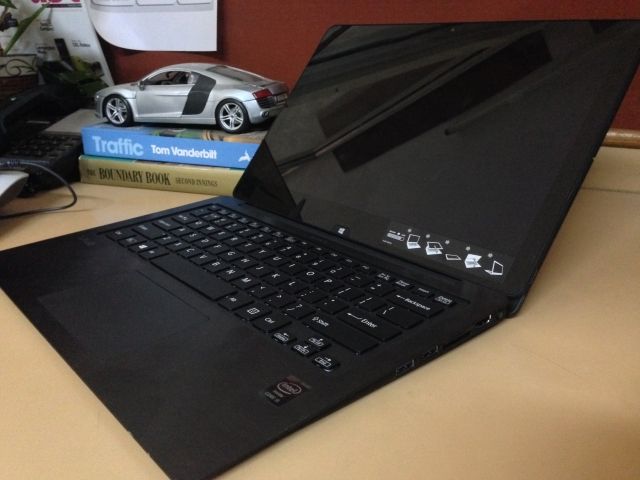 The “Hybrid” experience: Well, if you must...
With a name like Flip, one must assume by default that this is Sony’s answer to Lenovo’s largely successful line of Yoga notebooks. And it sort of is, without actually going the distance. While the Yoga machines would twist and turn over backwards, the VAIO Flip actually does all the hybrid stuff, with the lid. Very smartly, the lid is divided into two, right down the middle. One half remains as it is, while the other has a hinge which allows you to push the display away from the lid by pressing at the back, tilt it away from you, and lay it over the keyboard after pulling the hinge mechanism towards yourself. To keep the display safe against accidental jolts and release, there is a lock mechanism that will keep the screen safe in its slot and the Flip 13 can be used like a conventional notebook.

In the tablet “mode”, the Flip 13 is fairly usable. But, the machine is primarily designed to be used as a laptop, with the additional flexibility of the tablet mode that you may use from time to time. Plus, with so many moving parts, we aren’t very sure how long the entire thing will last, before the display flipping mechanism gives up. While there are no issues as we speak, we cannot really be sure about the long term vigour of the machine, which will also depend on the kind of use that it is subjected to. 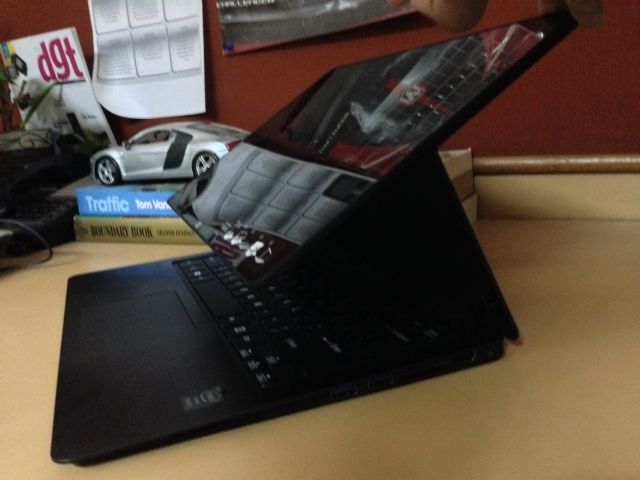 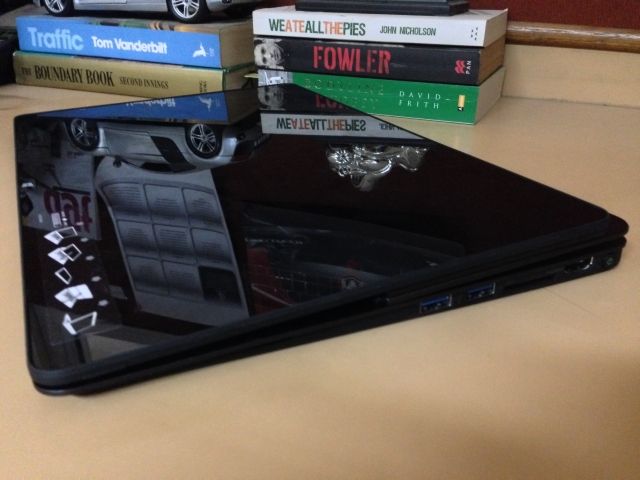 Display: One of the better displays in a laptop
The 13.3-inch display which is 1080p, is among the crispest laptop screens in this size. The glass coating does make this somewhat glossy, but what you do get is adequate compensation with very good native brightness levels, vivid colours and very comfortable text readability. The IPS panel has advantages that are pretty much unmatched by the conventional LCD panels that most laptop makers tend to prefer.

Keyboard: Room for improvement
The Flip 13’s keyboard is similar to the island style keyboard seen on other VAIO notebooks. The key size is adequate, but personally, I find the spacing a tad too much, so much so that the fingers have to search for the next key. Travel and response is also on the softer side, clearly an indication of how Sony has put this keyboard in without wanting to compromise on the predefined slimness of the machine.

A large touch pad is a welcome addition though, and works well for multi-finger gestures, particularly making scrolling a lot easier. 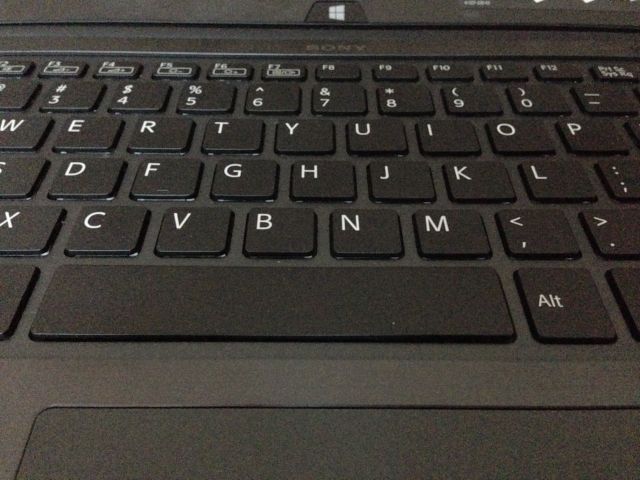 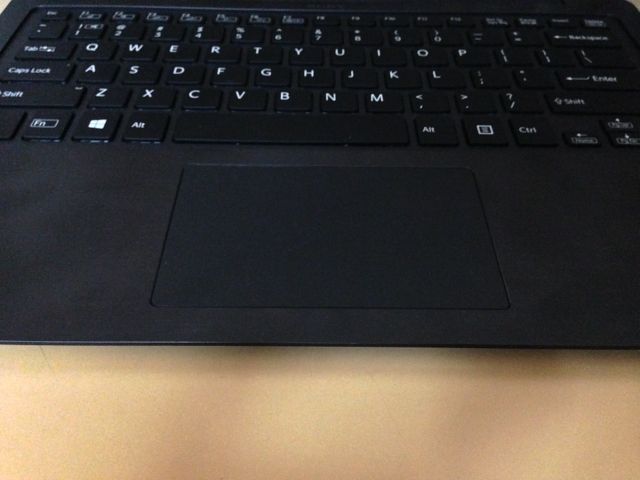 Performance & Battery Life: Consistent performer
The review unit that we recieved packed in an Intel Core i5-4200U processor clocking at 1.6GHz, 4GB of RAM and a 128GB solid state drive (which makes a world of difference in terms of performance). This is the same processor that we have seen on many ultrabooks and laptops in the last few months, including Sony’s own ultrabook. The benchmark scores don’t scorch any charts, but as expected, the performance is consistent and smooth. The SSD helps Windows boots up in around 5 seconds and apps open and close quickly. You will hardly notice any system load resultant performance dip even during fairly stressful cases of multitasking.

Sony has not made a dedicated GPU available on the Flip 13, and the integrated graphics are good enough for basic gaming. Some of the recent titles should work fine, but at low settings in most cases.

The battery life is something that is fairly impressive. In the stressing battery test, the VAIO Flip 13 clocked 226 minutes. While this is some distance away from the best battery life scores on laptops and ultrabooks, this 3.5 hours approx in the test will actually result in around minimum 5 hours of backup, in most usage scenarios.

Buy or not buy?
Sony seems to have taken the idea of a Windows convertible to heart. The VAIO Flip 13, following on from the VAIO Duo, clearly shows that. But, things aren’t what they seem. In the traditional laptop mode, this is pretty much the ultrabook you would have wanted. But, the twisty and bendy bits aren’t impressive, and the "slide this out" and "twist this here" process is something that you will have to remember - it doesn’t come naturally. Unless you want an ultrabook that can do all the Matrix style show off, you would be better off spending this much money on a more conventional laptop or ultrabook. Alternatively, if the tablet mode is something that you really want as an additional capability for your laptop, then the Asus Taichi is an option, that does the same thing in a much neater way.