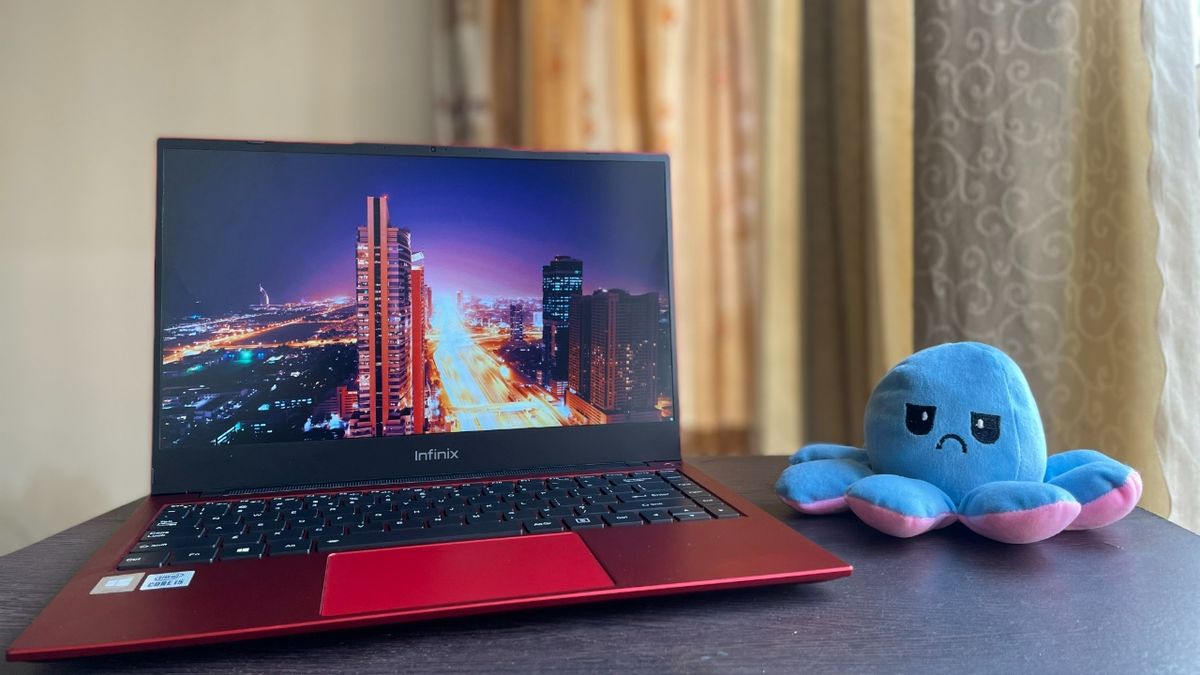 Almost everyone likes thin and light laptops. The ultra-portable form factor, long battery life and high performance make such a laptop desirable and almost perfect for our generation, who are constantly on the move but want little to no sacrifice in terms of performance. The Infinix INBook X1 laptop seems to fulfil that exact requirement by becoming a thin and light laptop for the masses. And after using the Infinix INBook X1 for a week, here’s what we think it can do.

The Infinix INBook X1 thin and light packs in an entry-level Intel 10th Gen Core i5-1035G1 processor based on the 10nm process. The laptop is available in three CPU options - Core i3, i5 i7 and the model I tested is the mid-range one. In terms of specifics, the Intel 10th Gen Core i5-1035G1 is a 4-core 8-thread processor based on the 10nm process. It has a base clock of 1.00Ghz and a boost clock of 3.60Ghz.

Now the important thing to note about the Intel chip is its low 15W TDP. It helps the laptop deliver high battery life as well, about which we’ll talk in a minute.

In terms of synthetic benchmarks, here’s how the laptop performs. In PC Mark 10 extended, the laptop scored 2949, which is one of the lowest scoring laptops we’ve tested. The laptop scored 8212, which is pretty high, in the Essentials category but scored low in Digital Content Creation and Gaming. 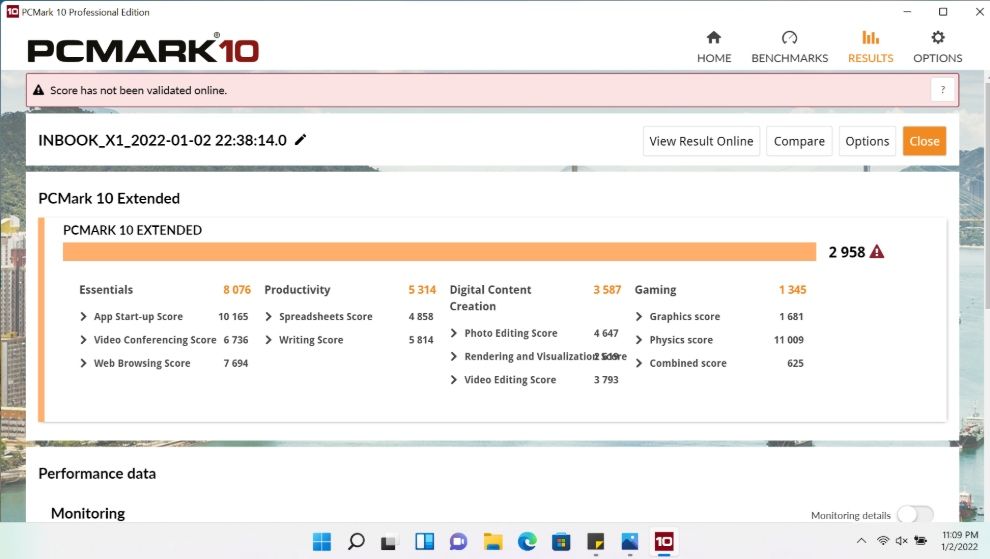 In Cinebench R20, which tests the performance of the CPU, the laptop scored 1655, which is a pretty decent score as you can see with the comparison down below. In Cinebench R23, the laptop scored 1086 in the single-core performance test and 4123 in the multi-score performance test. It's because, during most workloads, the CPU power remains around 15W and shoots up to a maximum of 35W on short bursts but settles down again at 15W for most of the workload. Due to the same reason, the CPU runs cool under most circumstances, only ever crossing the 70°C mark when put under heavy tasks like video editing or photo editing. 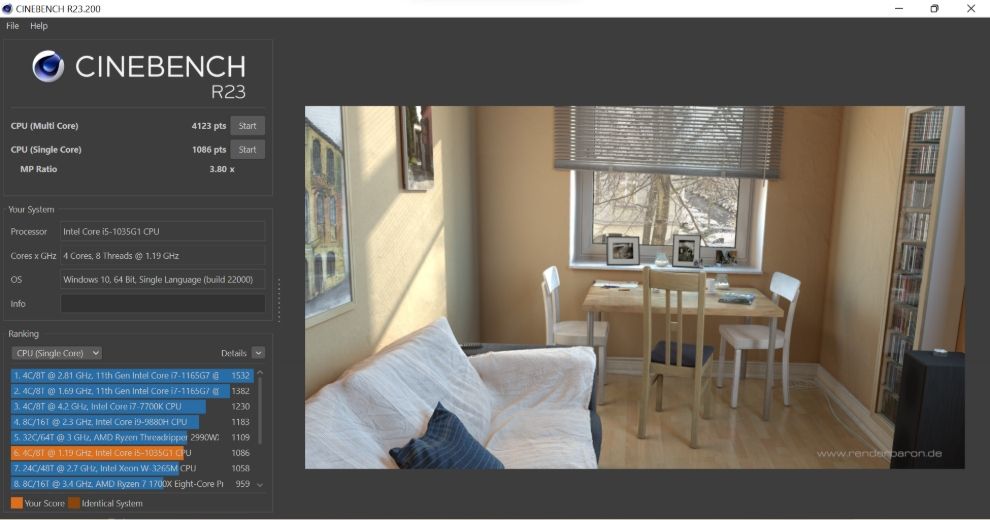 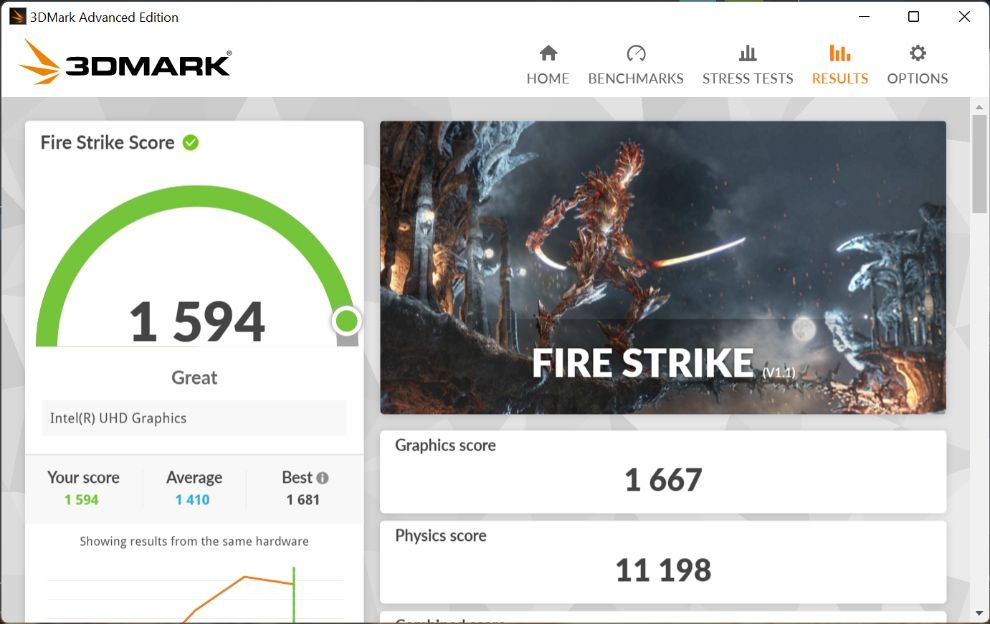 You can have multiple tabs opened and easily stream HD movies, play flash games online and much more without any performance issues. Overall for most tasks like editing, video streaming, surfing the web and video conferencing, this laptop is good enough. It is not a laptop suitable for video or photo editing but works great as an office device. The 8GB RAM of the laptop seems good enough for this use case and the PCIe Gen 3.0 Gen 512GB SSD is plenty fast as well. 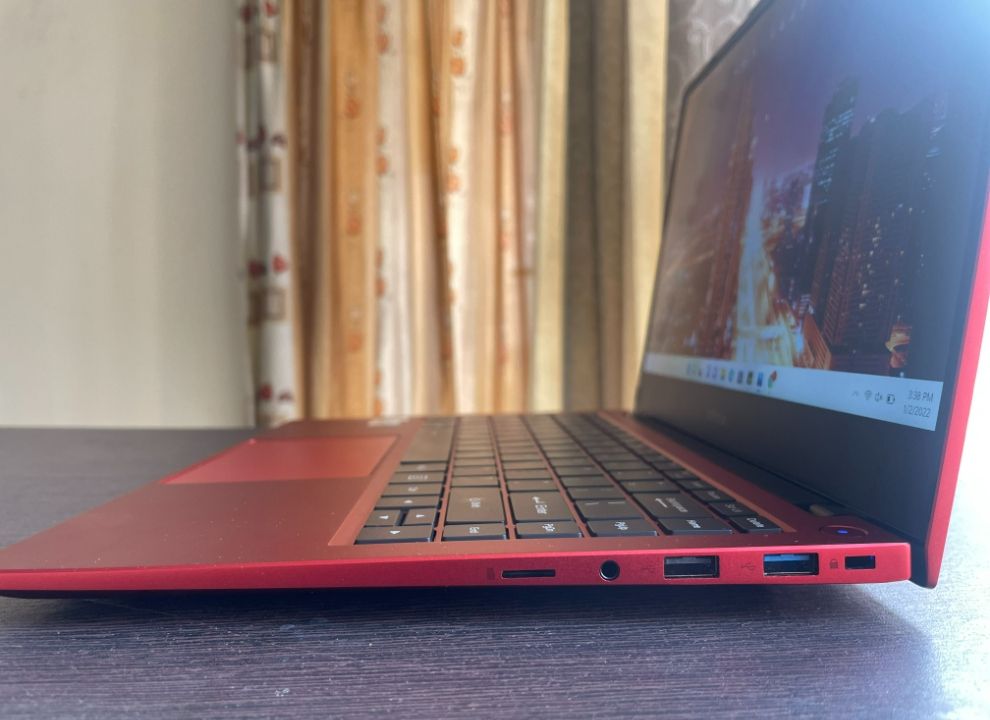 The laptop features an all aluminium chassis in a thin and light package. The overall weight of the laptop is 1.48kg, making this device pretty easy to lug around during your daily grind. The laptop’s base has a good amount of weight allowing you to open the lid pretty easily with one hand. The screen’s 180-degree hinge also feels tight and does an excellent job of holding it at any angle you like. Overall, the laptop is designed with durability in mind and it shows. The laptop has little to no flex, it feels solid no matter how you hold it and feels tough enough to handle years worth of wear and tear. 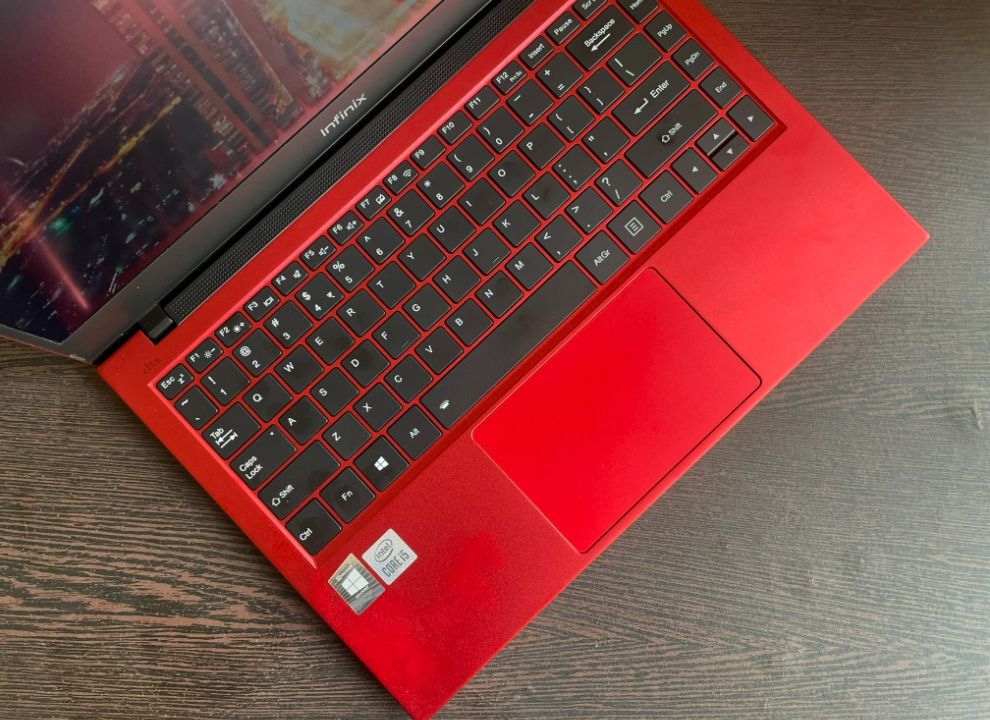 It's when we move on to the keyboard and the trackpad, things start to fall apart. The key travel on the laptop is good enough for a smooth typing experience but it is not even. The alphabetical keys feel solid to type but as you move a little bit down south and click the spacebar, the key travel feels drastically reduced. Oftentimes while writing a document I ended up pressing the spacebar two times because I wasn’t sure if I pressed it. It might just be an issue with the space bar though other keys in the surrounding vicinity feel just like the alphanumeric keys.

The track, although big in size also suffers from a similar issue. The right-click sticks whenever you try to press it but the left click works just fine. The trackpad also suffers from a lag issue wherein the cursor moves a bit slower to your gesture inputs. The speakers on the other hand are pretty loud but not very crisp. They are located on the downside of the laptop on either side and for most use cases would be enough. The speakers do lack bass but the high volume makes up for it. The Infinix INBook X1 also suffers from a charging issue as well. 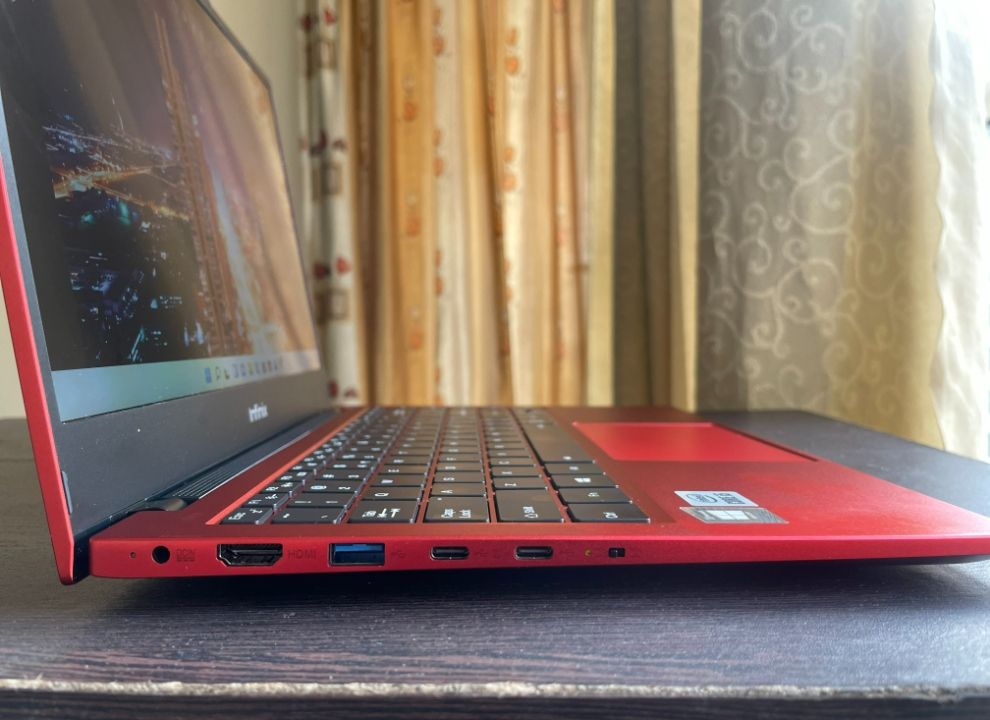 In most cases, the 65W charger works as intended but sometimes especially when the laptop goes into power-saving mode, the laptop stops taking input from the charger. I’d plug in the cable and the laptop would not recognize it. This could again be a model-specific issue but it hampered my progress several times so it’s worth mentioning. On the privacy front, the laptop features a physical turn OFF button for the camera and microphone, which is pretty good. In terms of I/O, the laptop features 2 X Type C ports, (1 X Thunderbolt Type-C), an HDMI port, 3 X Type-A ports, a small card slot, along with an HDMI port. The laptop also features a DCIN charging port and a 3.5mm audio jack as well. 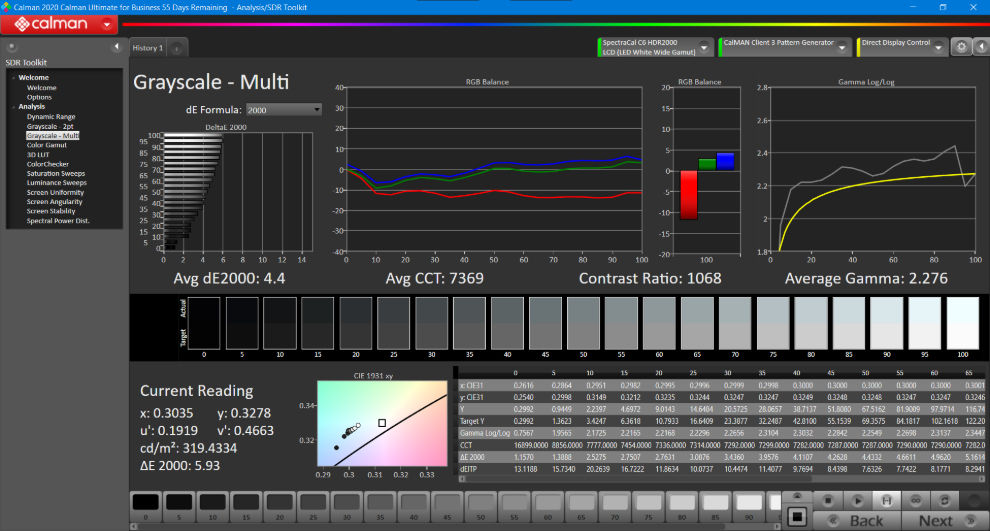 The thin and light laptop features a 1920 X 1080p FHD display with a 60Hz refresh rate. In our testing, we found that the laptop’s display has 319 nits of peak brightness and covers 96% sRGB colour spectrum. The display also covers 76% DCI P3 and 75% adobe RGB colour spaces as well. It is not a screen on which you can do professional-level colour correction but it is sufficient for common use cases. 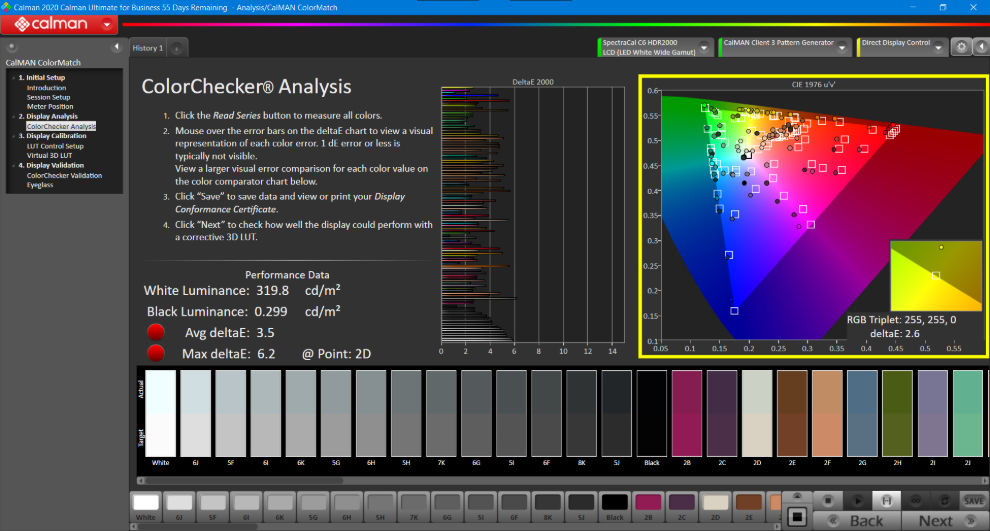 During Calman Color Checker analysis I found that the laptop has an average DeltaE of 3.5 and a maximum DeltaE of 6.2, which is pretty decent in this price range. The laptop also has an Anti-glare display which prevents reflections, sitting directly under the sunlight notwithstanding.

The laptop also has a pretty good battery life as well. In a span of 7 minutes of video editing, photo editing and rendering, the battery dropped 3%. Which is pretty good for a laptop with a 55Wh battery. The laptop has a battery life of around 7 to 9 hours depending upon your use case. In our testing, we found that the laptop returned 6h 50mins worth of battery life with 100% screen brightness and battery set to performance mode. 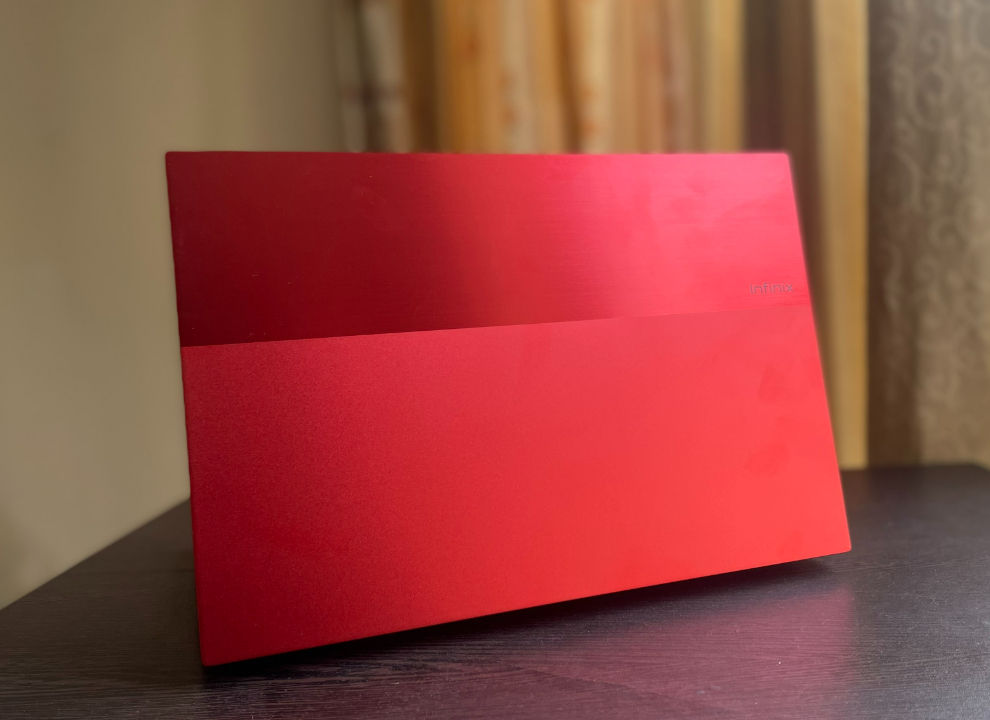 The Infinix INBook X1 is a good entry-level thin and light laptop but it falls short when you compare it to the competition. For around the same price, one can opt for Acer Aspire 5, which isn’t plagued by the build quality issues like the Infinix INBook X1 and also comes with an Intel 11th Gen Core-i5 CPU with Irix XE graphics card. The Infinix INBook X1 makes sense as your backup laptop or just a simple laptop for kids or students if the build quality issues are just model specifics, and for that I’d suggest going for the entry-level Intel 10th Gen Core i3 version which is Rs 10k cheaper but comes in an identical form factor.