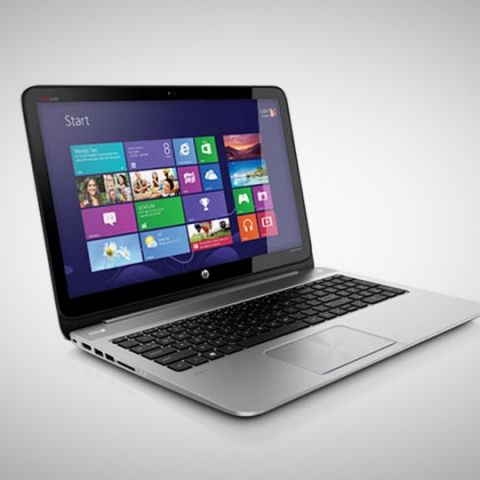 It is no surprise, looking at the power package, that the HP ENVY 15 j-001TX has performed so well. The latest generation Intel Core i7 processor, paired with 8GB of RAM, a 1080p display and a fairly powerful graphics card is the foundation of extremely good performance. It has an excellent keyboard to type out long documents on. However, the display isn't as good as the IPS versions in terms of colour richness that a lot of rivals now sport and the battery life is fairly disappointing.

The HP ENVY dv6 has, for long, remained on the top of our Top 10 ratings for laptops. However, it's now time to hand over the crown. But, happily for HP, the new numero uno is the HP ENVY 15 j-001TX notebook. And with one look at the spec sheet, we aren’t surprised that this machine has performed so well.

Build & Design: If it ain’t broke, why fix it....
For the last couple of generations, HP’s notebooks and ultrabooks have been rather well built. Safe to say, they are among the better built Windows laptops you can buy in the market. The same trend continues with the HP ENVY 15 j-001TX, which follows through with HP’s new design philosophy of minimalism and a mix of straight and curved lines. The silver aluminum finish adorns the lid and the keyboard deck, while the base shifts to the traditional black plastic look. The finish is high quality, and the colour stands out in the midst of a variety of shades of grey and black.

When looked at from side on, the HP ENVY 15 j-001TX will give the impression that it is thinner on the near side, and thicker towards the back. However, in tandem with the black base, that is pretty much all visual trickery - the thickness is pretty much the same throughout. Port placement is traditional, spread across both side spines of the keyboard deck.

All in all, the build quality and design are right up there in terms of feeling premium and looking good as well. We would have said that this was undisputedly the best built new Windows notebook you can buy right now, but Dell has updated the Inspiron 15 7000 series with some rather impressive changes. And to some, that may also appeal quite considerably. This is not the lightest machine around though, at 2.19kg, but anyone considering the ENVY 15 isn’t in the market for an ultrabook anyway! 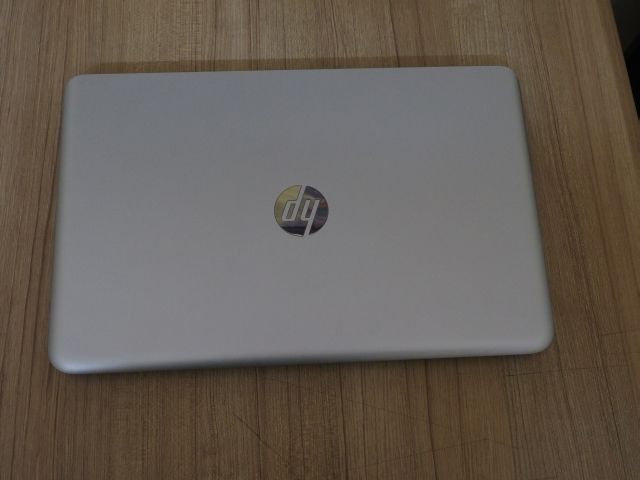 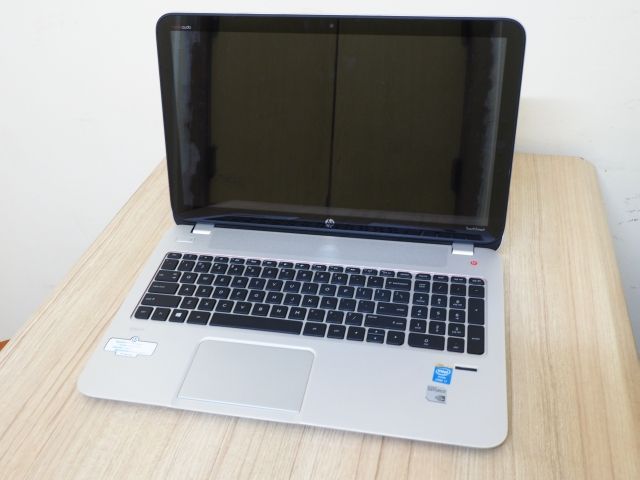 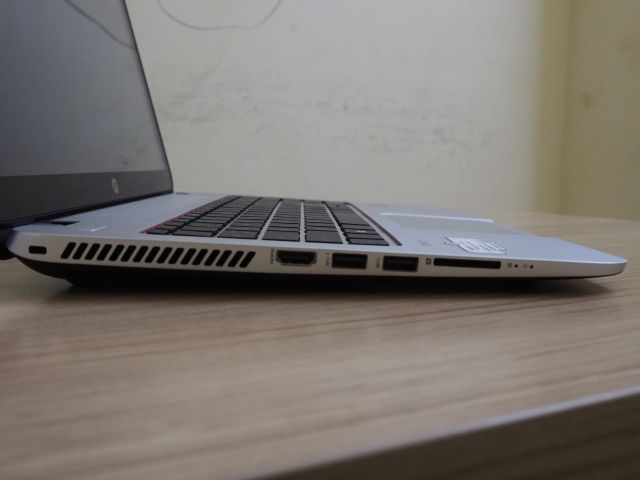 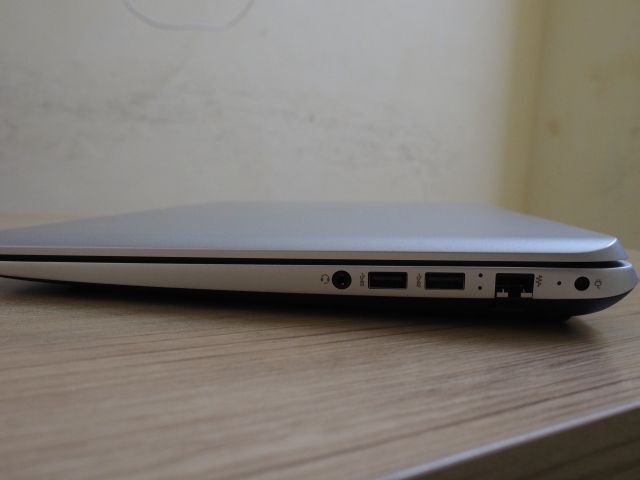 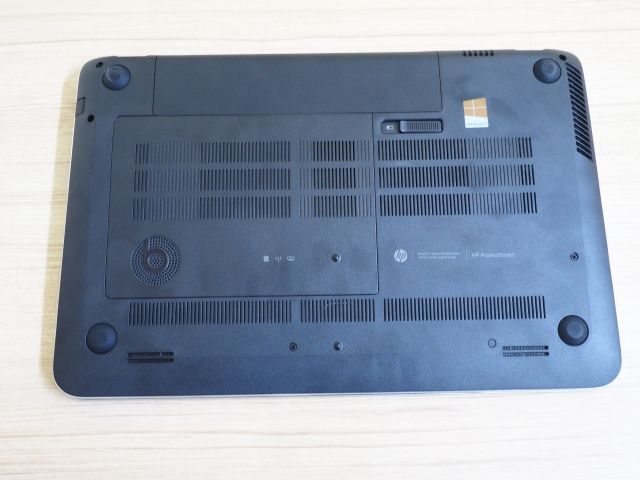 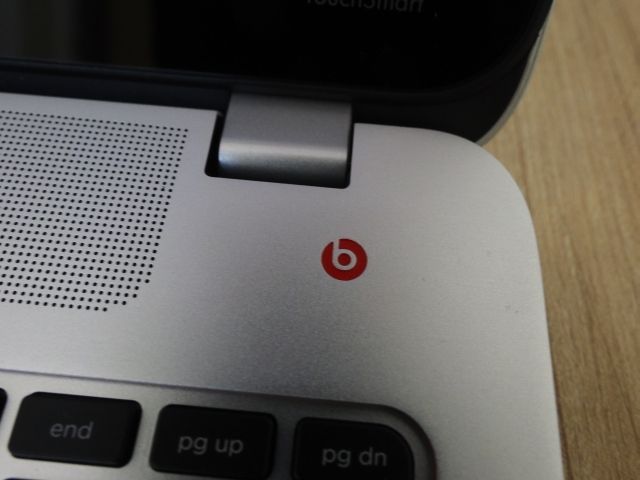 Performance: Unmatched, for the time being
The ENVY 15 does come with a rather mighty price tag, and for that, the machine does offer good bang for the buck - a quad-core Intel Core i7-4700MQ CPU, 8GB of DDR3/1600 memory, a discrete Nvidia GeForce GT 740M graphics processor and a 15.6-inch 1080p display. In terms of the specs, not many machines come close, with Dell’s Inspiron 15 7000 coming close with relatively similar specs, but with the Nvidia GeForce GT 750M graphics.

System performance is absolutely fantastic. The PC Mark 07 benchmark test pegs this Core i7 processor at a score of 3406, which is well above the 3100 average. The same processor scores 716 in the Cinebench R15 CPU score, where the same generation Intel Core i5-4200U processor clocks just 183 - the sheer difference is just the best indicator of the sheer grunt that the i7-4700MQ packs in, much more than the mainstream laptop and ultrabook favorite i5-4200U. The real world performance sees a significant boost as well, mostly in terms of multitasking, and gaming load times are lesser and the graphics card gets more headroom to show off its capabilities.

Speaking of which, the Nvidia GeForce GT 740M in the ENVY 15 scores better than the Nvidia GeForce GT 750M, in the GPU benchmarks which was a massive surprise for all of us. In the CineBench R15 OpenGL benchmark, the GT 740M scored 75.04 fps, while the GT 750M topped out at 61.9 fps. However, do keep in mind that the HP notebook is specc'd with the more powerful Intel Core i7-4700MQ processor. One critical thing to take away from the benchmark comparisons is that the GT 750M (3913) scores lesser than the GT 740M (3510) in the 3D Mark 11 Entry Mode. But, offers better performance in the Performance and Extreme Modes, with heavier graphics load.

It is a tad disappointing that HP has pinched a few pennies and packed in a 5400rpm hard drive into a machine as powerful as this. And that is the weakest link, holding back performance that could have been so much better. If not a full fledged SSD, then at least a hybrid drive should have been the basic minimum.

For all of Haswell’s battery-life improvements, the HP ENVY 15 disappoints in that regard. The tested battery life of 102 minutes in the benchmark test is fairly disappointing. We used this as a primary machine, like we do with our laptop in office, and the maximum backup time you will manage is just under 3 hours, when taking maximum care.

Display
Finally, we see a 1080p display on a mainstream laptop. Hopefully, this will become a trend, a welcome trend in the coming times. It does hit most of the right chords - it's adequately bright, less reflective than HP’s displays of old and offers much improved viewing angles. However, this is not an IPS display, and is no match for one in terms of colour richness and accuracy. However, if that isn’t your primary concern, the ENVY 15’s 15.6-inch display does well in terms of text rendering and handling most video content. 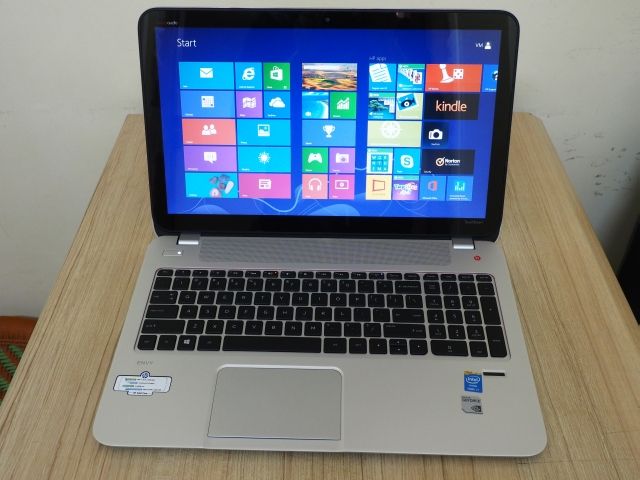 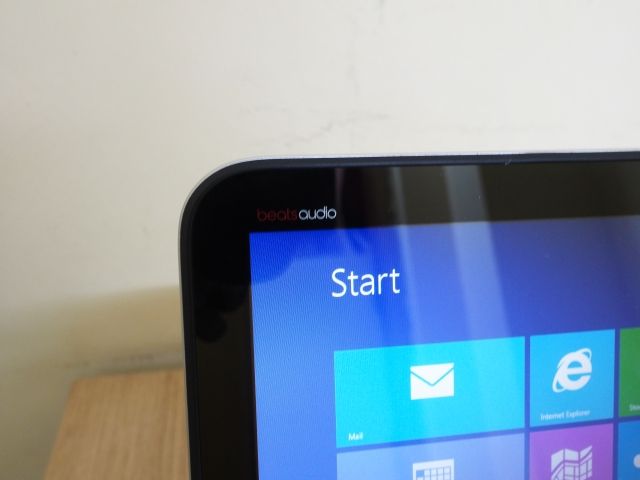 Keyboard
It's good to note that the keyboard brilliance has been retained as is. All the correct boxes are ticked - key size, travel and spacing are as close to perfect as we have seen on a Windows machine. The backlit feature is a huge value addition as well, something that has surprisingly been missing on quite a few machines off late. This is a good machine for the writers out there! 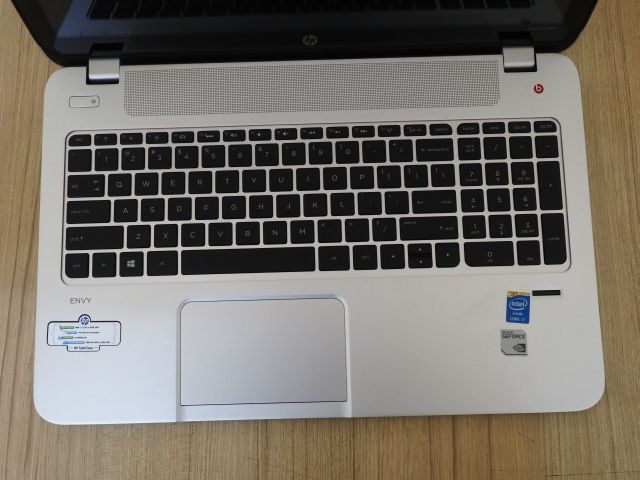 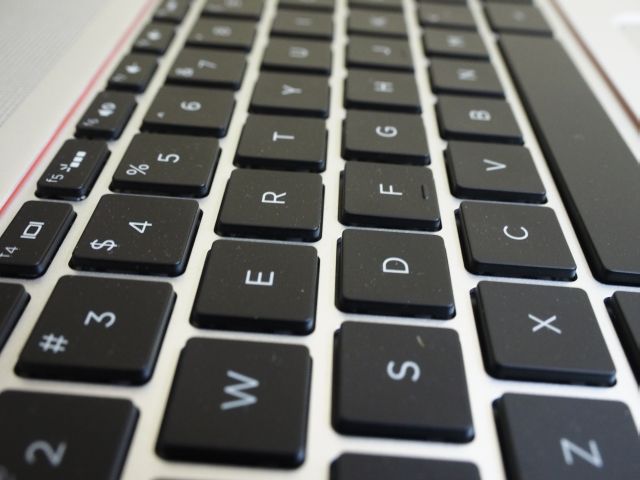 To Buy or Not to Buy?
It is no surprise, looking at the power package, that the HP ENVY 15 j-001TX has performed so well. The latest generation Intel Core i7 processor, paired with 8GB of RAM, a 1080p display and a fairly powerful graphics card is the foundation of extremely good performance. It has an excellent keyboard to type out the long documents on. However, the display isn’t as good as the IPS versions in terms of colour richness that a lot of rivals now sport and the battery life is fairly disappointing.