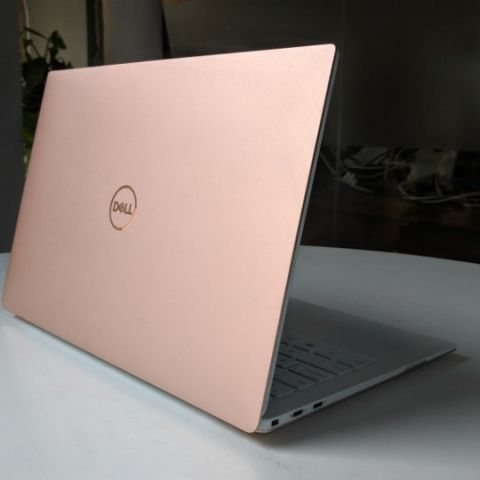 The Dell XPS 13 9370 is a really good laptop in all ways possible. It performs well, the battery life is dependable, the keyboard is workable and the display is just superb. It is just a bit expensive.

Dell offers a vast portfolio of consumer and enterprise level laptops but to most, its XPS range remains one of the most desirable one. The XPS line is one of the most handsome and powerful everyday laptop lineups in the market, however, at present, it faces very tough competition in the 13-inch laptop space. Dell’s latest offering, the XPS 13 9370 boasts a refreshed design and is now lighter and smaller. In fact, it is the smallest 13-inch laptop available today by footprint. Our review unit even features a beautiful 4K display along with a completely new gold and white look. The performance has obviously been improved, thanks to the latest Intel Core i7 chip. I have been using the machine for over a week now and it seems, Dell might just have a winner on its hands. 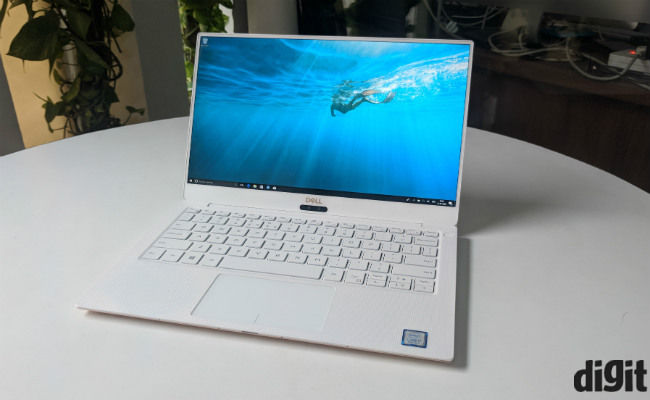 Build and Design
Our review unit, which is the top-of-line model, features an all-new matte gold paint scheme along with a white keyboard deck. The look and feel of the front and the back metal panel is largely the same as its previous iterations. I like the white woven glass fibre keyboard deck in the middle, which not only gives the machine a unique look but feels quite good as well under my palms. Dell claims that this new material will resist stains and won't turn yellowish with time. During my use stains from water-based inks could be easily removed, but whether the keyboard deck will eventually turn yellowish with time is something you (the user) can only tell after a year or two. I just like it since it does not catch fingerprints that easily, which the carbon fibre keyboard deck on the previous gen XPS used to retain. Anyway, I am assuming avid XPS lovers might not be too happy about the new design scheme, but that can’t be helped since this top specced model is only available in this new colour scheme only. There is no visible flex in the display unless you are applying a good amount of force. Same can be said about the keyboard deck, which does not flex unless even under an unusual amount of pressure. That said, the keyboard deck flexes more easily compared to the keyboard deck on the last gen XPS. Dell has also removed the XPS flap which used to be at the bottom hiding all the information you generally find at the back of a laptop. 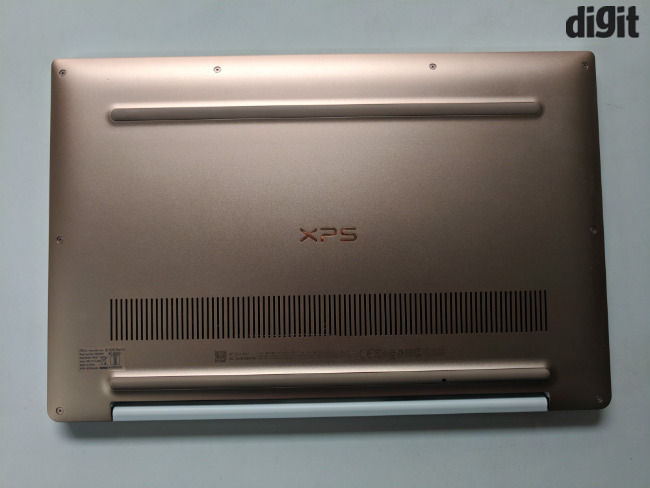 Display and I/O
Adding to the looks of the laptop is the new 4K display, which is surrounded by an even thinner (marginally) bezel and simply looks quite stunning. It is super bright, scoring more than 500 lux across the display. The viewing angles are also really good as this an IPS panel. All types content, whether you are browsing the web, editing a word doc or just watching Netflix, everything looks immersive. Since this offers a 4K resolution, one can also watch the limited 4K content available today in its full glory. However, using the machine in its native resolution for other than watching videos is not a great idea as everything looks too small. In addition to that, it does impact battery life, but more on that later. 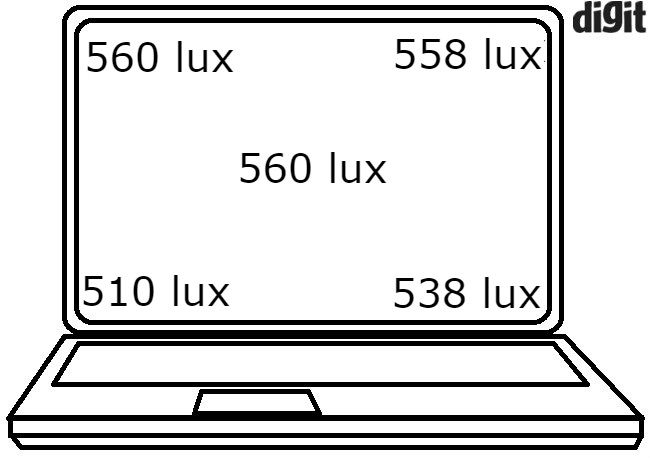 It is also a touchscreen panel, so you can probably tap or swipe on the display once in a while. However, the functionality is limited by the form factor as the Dell XPS 13 is not a convertible. The display doesn't even fold flat which would have allowed some degree of usability in combination with the touchscreen. 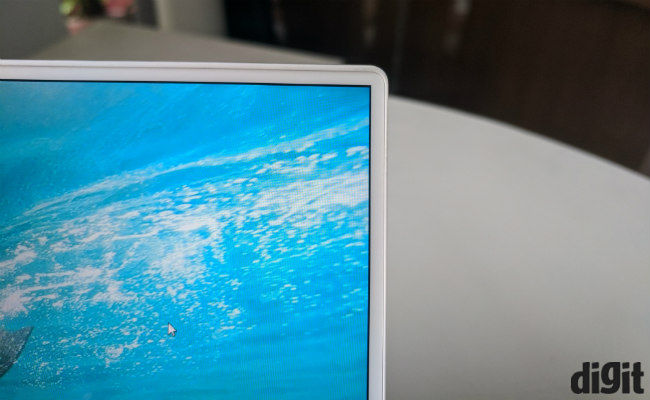 The smaller size of the laptop has taken a toll on the I/O port selection as well and the machine forgoes the standard USB Type-A port and the SD card slot. Instead, the number of Type-C ports have increased and the laptop now offers three USB 3.1 Gen 2 Type-C ports, 2 of which support Thunderbolt and one offers DisplayPort capabilities. The standard headphone and microphone jack is here in addition to a microSD card slot which, I don’t feel serves any purpose here. Dell bundles a Type-A USB dongle with this machine and I believe OEMs should provide a multi-port dongle as standard with all machines that have only Type-C ports. 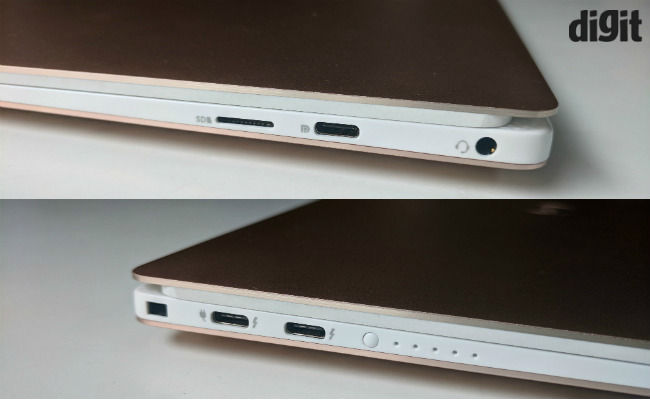 Keyboard and Touchpad
Like the design and the display, the keyboard has also undergone a slight change. The keys now provide a more pronounced feedback when pressed and feel less mushy. Dell has also increased the size of the keycaps which does help in getting accustomed to the keyboard. That said, I do find the positioning and size of the page up and page down keys cumbersome and I hope, Dell changes this in the next iteration. I would suggest the same for the white backlighting on the keyboard, which especially on this white keyboard deck looks unintuitive. Anyway, the chiclet-style keyboard is still comfortable enough to use and most won't be so nitpicky about the typing experience. 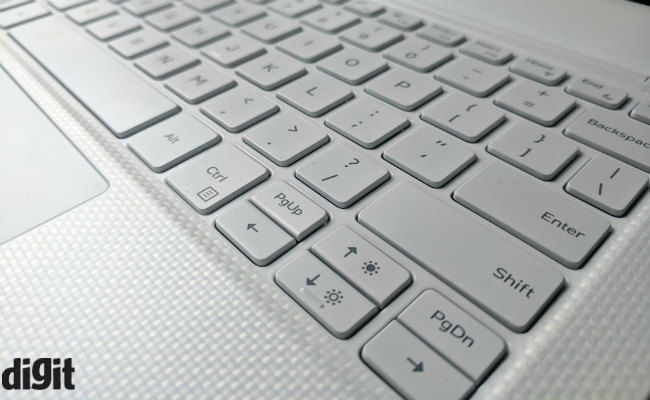 The touchpad, on the other hand, remains largely the same as last year's. It is still one of the best laptop touchpads you will use on a Windows machine. The glass top is smooth and provides precise tracking. I had no issues with Windows gestures and two left and right click buttons are easy to use as well. They press down with an audible click and provide a satisfying feedback. 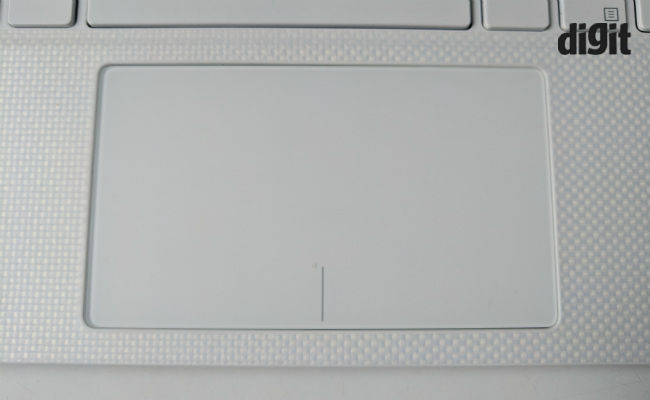 For security, you get a fairly standard set of features. The power button doubles as a fingerprint scanner, which is by far the best way to implement a fingerprint scanner on a laptop in my opinion. In addition to that, you get a Windows hello camera which works in normal lighting, but there is an issue here. The problem lies with the placement of the camera itself, which is at the bottom and I believe a necessary sacrifice to keep the thin bezels at the top of the display. The camera is just as good as any other premium ultrabook and yes, it still looks up your nostrils. This is similar to the notch situation we are facing today on smartphones. Anyway, Windows hello works only when there is ample lighting and you tilt your face downwards. 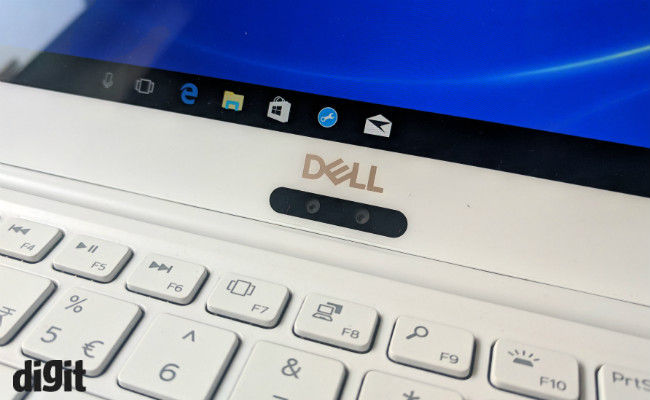 Performance
The Dell XPS 13 9370 is available in standard 8th gen Kaby Lake R Core i5 and Core i7 variants. Our test unit here is powered by the Intel Core i7-8550U, which is a quad-core chip we have seen powering most of its peers this year. Hence, it performs just as good as any other flagship thin and light notebook available today. You can pretty much throw anything at it, which is not graphics intensive, and it will just take care of it. Dell provides an ample 16GB LPDDR3 RAM on it and a standard 512GB PCIe based SSD. That gives it enough headroom to do multitasking across multiple desktops (Windows 10 also has this feature). 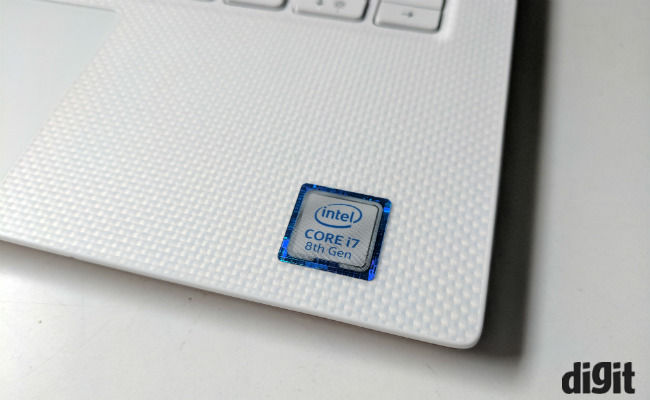 Dell has updated the thermal envelope of this 15W Intel processor and with the help of a new dual fan cooling system, it can maintain higher speeds for a longer time. Running stress tests on this machine, it was easily visible that unlike many other laptops including the Lenovo ThinkPad X1 Carbon, the laptop can maintain boost clock speeds for longer periods. However, the clock speeds did move down from 3+ GHz to 2.2 GHz in mere 5 minutes under constant load. When under full load for more than 30 minutes, the chip maintained base clock speeds of 1.8GHz - 1.88GHz, which is quite commendable. In comparison, the same Intel CPU on laptops like the Lenovo Yoga 920 or the HP Spectre x360 (2018) throttles down below the base clock speeds, hovering around 1.6GHz to 1.7GHz. 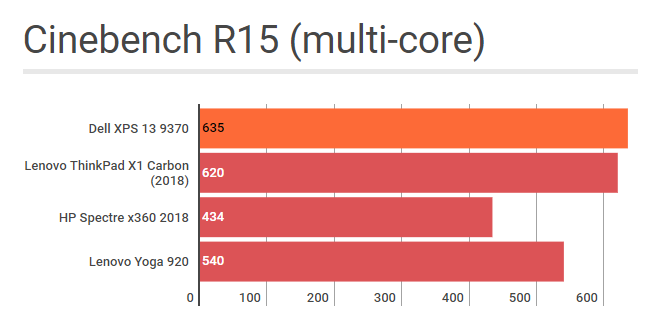 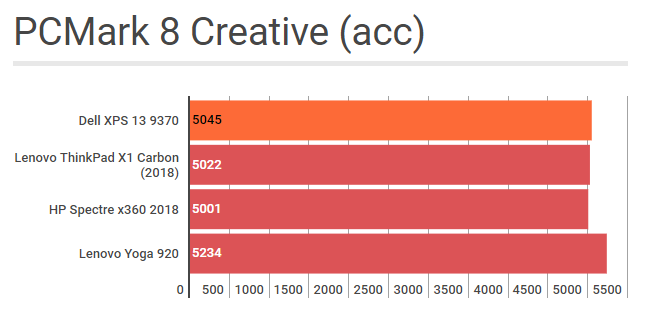 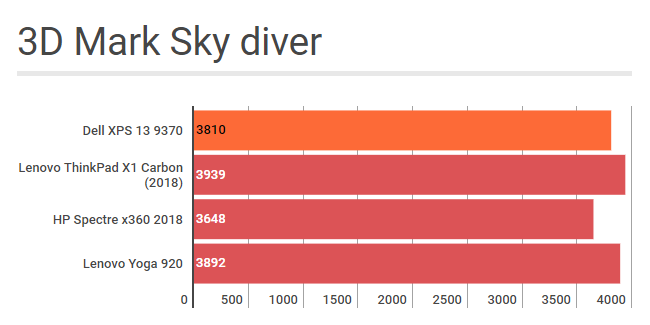 The best part is that the heat generated by the machine does not affect the user experience as the keyboard deck never becomes uncomfortable or even mildly hot. Dell says this is due to the GORE fabric which the company is using besides the dual fan cooling system. It is the same insulation material high-quality Gore-tex jackets use. The end result is that the laptop can be used for video encoding or maybe some light gaming and it won't get uncomfortable. All said and done, it still performs as good as the Lenovo Thinkpad X1 Carbon, as far as thermals are concerned.

Bottomline
All-in-all, the Dell XPS 13 9370 gives little to no reason to complain, depending upon your priorities in which you weigh its capabilities. The laptop offers reliable performance, a really good display, a good keyboard and the best-in-class battery life, which makes it one of the best thin and light laptops to buy today. Personally, I would opt for the 1080p variant to add a few more hours to that impressive battery life, but otherwise, this is a really good laptop.

One can argue about the usage scenario of the touchscreen on a non-rotating display or the fact that it does not have a USB Type-A port, like most of its peers, but as I mentioned, that depends on your requirements. The price is definitely on the higher side, but that is something which has been synonyms with the XPS line.

PS: You and I can just hope that Dell might figure out the camera placement the next time around.