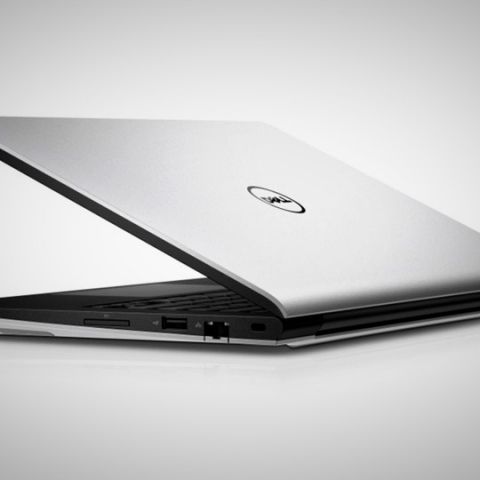 The updated Inspiron 11 is perhaps the ideal machine for home users, who may not need a laptop for anything more than web browsing, emails, media playback and the occasional video chat with relatives abroad. Or perhaps the good battery life makes this ideal for someone who needs a machine for accessing and working on documents, on the go. But that is pretty much it and the Dell laptop falls short on power for tasks any heavier than that.

Small laptops, with 11.6-inch displays, are becoming rather popular with consumers. There are various factors for that, with the ease of portability and the affordability of the price tag making these a good option for home usage as well as for those who need a light machine to carry around. Asus had launched the rather impressive VivoBook F202e last year, and HP’s TouchSmart 11 turned out to be a rather neat offering as well. Dell has jumped into the fray, with the updated Inspiron 11. Let us find out if this matches up to, and possibly even improves upon, the two direct rivals.

Build & Design
The moment you take the Inspiron 11 out of the box, the complete design makeover is striking. This has happened with the Inspiron 14 and the Inspiron 15 versions already, and now even the baby in the pack gets the new design. The inspiration from the XPS series of ultrabooks is very much visible, and as we have said time and again, that is a good thing.

The lid, the keyboard deck as well as the underside have all been given the soft feel finish, which does two good things - doesn’t make the body glossy and prone to scratches and also, the lack of shine gives the laptop a much more sophisticated look. The only slightly shiny element on the entire machine is the black bezel around the screen, thanks to the glass. The dual colour finish - grey on the lid and the underside, and black on the keyboard deck, looks very good.

Port placement is done on both sides. The right side spine has one USB port, the ethernet port and a memory card reader, while the left side holds two USB ports, HDMI out and the 3.5mm headphone jack. Looked at from side on, the visual illusion will have you believe that the Inspiron 11 is thinner on the near side and thicker towards the display hinge. But that is not true, and just a trick played by the grey colour spilling outward from the base.

The Inspiron 11 weighs 1.4 kg, the same as the Asus VivoBook F202e, but 0.1 kg lighter than the HP TouchSmart 11. But, what really needs to change is the power adapter. It is still a pain to carry around a brick, when the likes of Asus and Apple have successfully shifted to the sleeker direct plug-in adapters. Hopefully, 2014 will usher in that change.

All in all, the Inspiron 11 is built and designed with the focus being on a premium look. And that has worked. From afar, or when it may be sitting on the desk, the laptop looks a lot more expensive than it actually is. 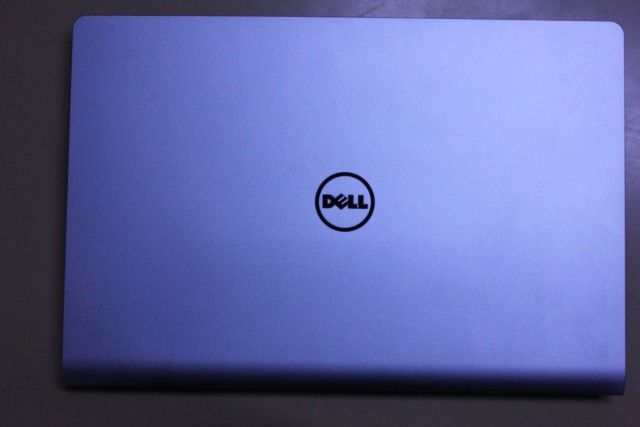 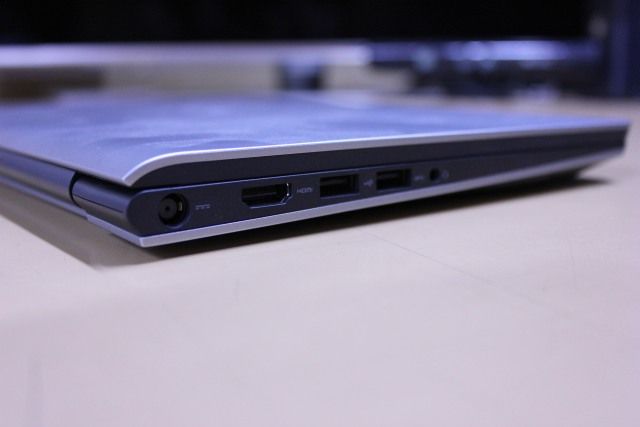 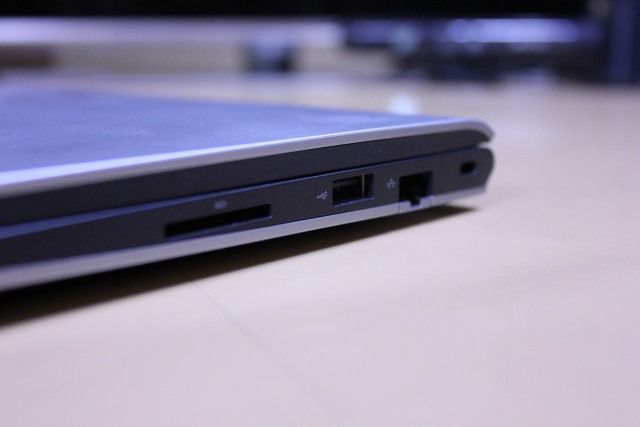 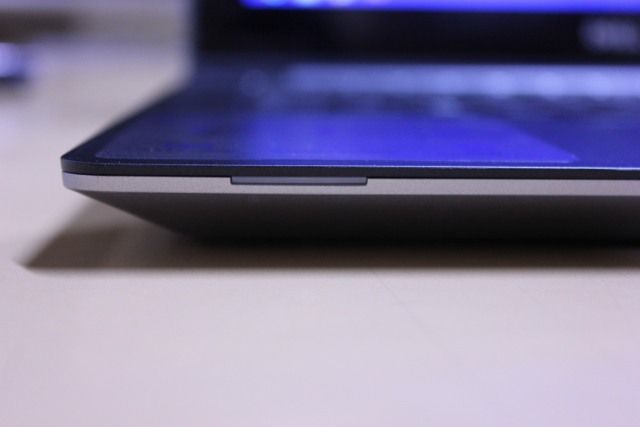 Performance
The Inspiron 11 packs an Intel Celeron 2955U processor clocked at 1.4 GHz, along with 2GB of RAM. This dual core processor was launched towards the end of 2013, and is based on Haswell’s 22nm architecture. The HD graphics are also a slight upgrade over the Ivy Bridge iteration, at least on paper, but don’t make too much of difference in the real world. Just to give you a better idea of what the rivals offer, we have this helpful little table comparing the specifications.

On the performance front, the Inspiron 11 isn’t going to set any performance charts ablaze. The benchmark scores prove what the real world usage had clearly indicated. For basic usage, this Celeron processor and 2GB of RAM is good enough. And by basic usage, we mean a bit of web browsing, emails, music playback and the occasional movie playback when connected to a bigger screen via HDMI. However, even within that, you don’t have too much headroom to multi-task. Open 4 tabs in Chrome, and anything else that you open will take its own sweet time. HD movie playback is smooth, but skipping through the timeline is not as smooth as on the VivoBook F202e and the HP TouchSmart 11. Yes, the CPU has its limitations, but the bigger bottleneck is the 2GB of RAM (at least on the review machine that we received), while the other two offer 4GB RAM. In this regard, the TouchSmart 11 and the VivoBook F202e felt much quicker and superior than the Inspiron 11, when it came to multi-tasking and handling HD media playback.

In terms of how Celeron’s HD graphics perform, the CineBench OpenGL score of 10.39 fps was again the lowest of the lot. The AMD Radeon HD 8210 GPU in the TouchSmart 11 scored 13.35fps in the same test, while the Intel HD 4000 in the F202e clocked 13.48fps. Needless to say, the performance difference doesn’t really translate into much in the real world, expect that all will be equally useless if you wish to play any of the popular game titles.

In terms of battery life, the game changes altogether. For all the shortcomings in terms of performance, the Inspiron 11 really impressed on the critical factor - battery life. Till now. The HP TouchSmart 11 was the leader, with the battery lasting 247 minutes in our battery backup test. The Inspiron 11 clocked 254 minutes in the same battery test. It might not mean more than 15 minutes difference in real world usage, but that is a more than welcome bonus for a battery that already easily lasted around 6 hours on a typical day at the office.

The 11.6-inch screen has a resolution of 1366 x 768 pixels, which is pretty much standard across notebooks in this category. It's natively quite bright and the text displayed is very crisp. However, this display does tend to reflect the immediate surroundings back at you, quite often. The touchscreen response is consistent, though the small screen means you may not get the desired accuracy all the time, when selecting in a crowded file list.

The keyboard takes some getting used to, because of the smaller footprint. However, once you do, the key travel and typing precision is worth applauding. The response is sharp, and the keyboard has a fairly solid feel to it - signified by the resounding thud for every key press. The touchpad is surprisingly big for a laptop this size, and that really helps with the gestures when you may not be using the touchscreen.

To buy or not to buy?
The updated Inspiron 11 is perhaps the ideal machine for home users, who may not need a laptop for anything more than web browsing, emails, media playback and the occasional video chat with relatives abroad. Or perhaps the good battery life makes this ideal for someone who needs a machine for accessing and working on documents, on the go. But that is pretty much it. This Dell laptop falls short on power for tasks any heavier than that. For anyone who wants some semblance of “future-proofing” in terms of performance, the HP TouchSmart 11 or the Asus VivoBook may be slightly better bets.