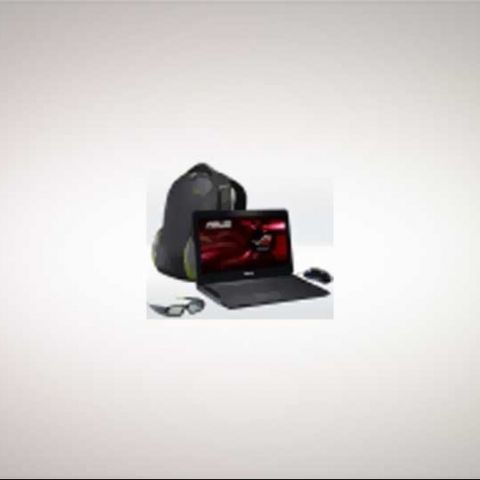 The ASUS G53J does not compare well with any of the top gaming laptops like Alienware 15x in terms of overall performance. However, it is a decent performer which even tops the Alienware M15x in the overall 3D Mark score. A staggering price of Rs. 112,499 is too much for a decent gaming laptop; as you could buy a superior gaming desktop at half the price sans portability. However, the two big pluses are the bundled 3D goggles with enhanced NVIDIA 3D vision technology and support for Direct X11 graphics.

ASUS G53J is the successor to the famed G51Jx 3D claimed to be the World's first gaming notebook with support for NVIDIA 3D vision. The G51Jx ships with the NVIDIA GeForce GT130M graphics card and an external 3D receiver, while the G53J, comes with 8GB memory and two 750 GB drives sans RAID. The G53J differs from the G51Jx with the powerful NVIDIA GeForce GTX460M graphics card and an embedded 3D receiver. Please note that the G53J model is only available as a review sample and not for sale. Overall, the G53J and G53Jw have identical looks & design aesthetics. However, the G53Jw (which is the retail model), is the scaled down version with 6GB memory & a 500 GB HDD.

[RELATED_ARTICLE]The ASUS G53J is built like a tank with a slightly thicker than normal plastic body and a rubberised matte-black finish on the outer surface of the lid & palm-rest, giving it a rugged feel and look.  The airflow vents at the back, really help in keeping it cooler even after hours of gaming, as we discovered. The G53J adopts the isolated keypad design, which enables quick & accurate typing with comfortable navigation room around the keypad. The presence of hot keys for turning on keypad LEDs, power-mode modifier and the gesture-based zoom-in & zoom-out functions built into the touchpad are nice touches. 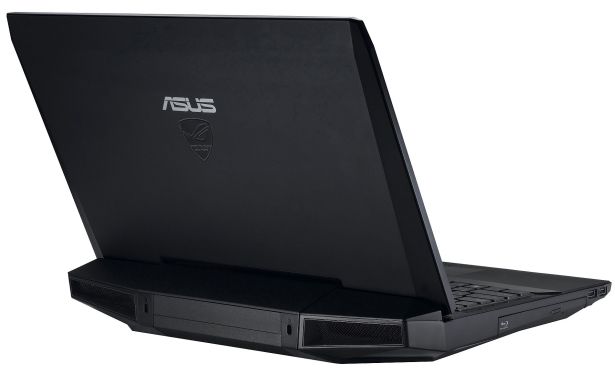 The NVIDIA 3D goggles (active-shutter glasses) bundled with the laptop, should come in handy for watching 3D Blu-ray movies and also play 3D games with stereoscopic 3D effect. We noticed that the 3D goggles battery drained much quicker than expected, forcing us to keep the USB cable connected to the PC while gaming. Also, the laptop's backup battery does not last more than 15 to 20 minutes, while gaming with 3D effects 'On' and running on high-performance turbo mode - this is pretty poor, even for a gaming notebook.

Read on to know the performance, our take, specifications, ratings and performance test results in the next page...

[RELATED_ARTICLE]The NVIDIA 3D vision feature delivered decent frame rates on Crysis Warhead. However, the image clarity looked blurry & disoriented at times particularly during fast-paced action. The stereoscopic 3D was very straining to the eyes, as it delivered layered images on the screen to give us an illusion of depth. Thus, we could barely manage to play the game for about 15 minutes with NVIDIA 3D effects turned on. We even tried running Crysis Warhead sans 3D effects at the native resolution with medium detail and got good frame rates. However, we did not expect the sudden system freeze that occurred, during one of the ice missions on Crysis Warhead, where we had to restart the computer manually. The speaker quality isn't great and fails to produce any impressive effects expected during explosions and gunfires. The display is good for watching HD videos and movies at decent frame rates sans stuttering or pixelation. The battery life is ordinary, but that is to be expected from such a powerful configuration.

The ASUS G53J does not compare well with any of the top gaming laptops or even the Alienware M15x in terms of benchmarks or overall performance. However, it is a decent performer which even tops the Alienware M15x in the overall 3D Mark score. A staggering price of Rs. 112,499 is too much for a decent gaming laptop; as you could buy a superior gaming desktop at half the price sans portability. The two big pluses are the bundled 3D goggles with enhanced NVIDIA 3D vision technology and support for DirectX 11 graphics.