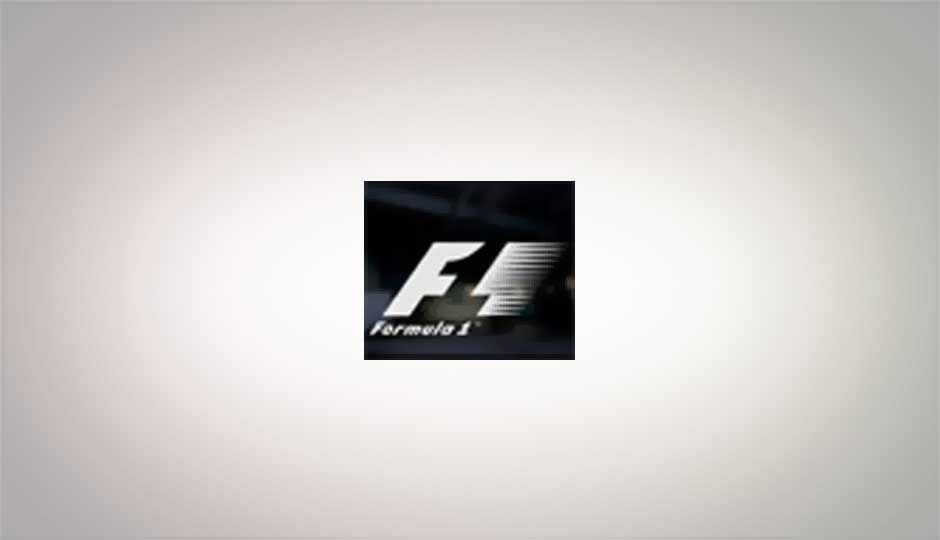 Overall, the game is certainly entertaining, and on Hard and Expert modes, is a worthy game to have mastered. It will also last you a while, with quite a few hours taking you to the other side of the learning curve, and then an entire season to finish, more contract offers and teams to join, multiplayer gaming, and beating your own best times in Time Trial. All in all, at Rs. 999 for the PC, F1 2010 is definitely going to give you many hours of sweat-breaking respect for Formula One drivers, and is a must have for F1 fans.

F1 2010 certainly had a lot to live up to - being the first FIA licensed game to hit the PC in 8 years. Releasing across platforms, F1 2010 was developed by Codemasters, the guys who brought us Dirt (Colin McRae) and Race Driver. It is also the first F1 title to hit the Xbox 360. Other firsts include the inaugural appearance of the Korean International Circuit in the 2010 season, due to take place on 24th October.

You begin your season with a choice of one of the lower, equally ranked F1 teams, from Virgin Cosworth to Toro Rosso to Force India. It was pretty cool seeing the Indian flag depicted on my helmet from the roof cam, and also pretty intimidating – racing for the country – making you remember that this was no Underground Racing League, but the premier four-wheeled championship on the planet.

You are introduced to the world of Formula One racing with a press conference, and if you’re good at choosing diplomatic answers, none of the game’s ensuing interviews should trouble you, inasmuch as denying you a much wanted contract due to bad publicity. F1 2010 has four main game modes, with Career, Grand Prix, Time Trial and Multiplayer. Career is your season, with your player rising up the ranks based on player performance and contract offers. Grand Prix is the equivalent of Quick Race, allowing you to play as any of the drivers for any of the teams. You can also set up a custom season in Grand Prix mode, putting setting up many tracks in succession, mixing them up, and even repeating them. There are also team mate challenges.

If you are daunted by having to race all 59 laps of Qatar when you play, you’d be pleased to know you don’t have to. In fact, the default setting is 20% of the Race Weekend, which can be amped up depending on just how many hand- aching minutes you want to spend on track. This would get you approximately 10 laps out of 60, an hour-long practice session, and twenty minutes of qualifying.

[RELATED_ARTICLE]As far as graphics go, the game is hardly stunning, but that’s not for lack of realism, but more because it’s almost realistically boring enough not to stun you. You’ve got to appreciate the overall look though, with nary a foot wrong. Rain is when you truly see the finer touches to the experience, with the inside and roof camera views rather beautifully obscured, worst in the spray of a car ahead of you. All this makes for some serious load times, even on a rather well-endowed system. However, once race/qualifying/practice/online sessions are loaded, there are no load times anywhere else. There was some frame stutter at some points, but few and far between, and will probably be fixed with a patch or new drivers.

The plethora of view options is also very satisfying, and very Codemasters, with three outside - from behind views, one inside - cockpit view, one bumper cam, and one roof cam. Sitting inside the cockpit certainly made you see why not just anyone has the right stuff – what it takes to be a real Formula One driver – with the height giving you seriously close horizon or line of sight, something you really want the most of when you have to spot the next corner at 280km per hour. The shake is also very noticeable. I used the roof cam, to best centre myself on the line, while still getting some much needed visibility. Wouldn’t recommend the outside view, no matter how sexy it looks, but then again, I’m more inclined to all things first person.

On the simulation front, F1 2010 follows much of Codemasters’ previously established formula, where controls and physics are accurate enough not to feel arcade-like, yet, are not as unforgiving as you know the real deal would be, especially in the rain. I used an Xbox 360 controller for Windows for the review, and default key bindings, where the trigger buttons were responsible for throttle and brakes. They’re not known for their precision of analog input, and yet, in hard mode, with ABS/Brake Assist off and Traction Control on medium, you don’t slide out with a hastily jammed finger. The game sure expects you to perform well, putting Expert mode as the default setting in first start up. I caught that in time, brought it down to Hard mode.

Read on to know more about the game as a simulation, multiplayer performance, as well as our verdict...

Hard mode gets no Driving Assist apart from Traction Control on medium. After finding myself in the gravel more than a couple of times, I decided to turn on the Dynamic Racing Line, netting me a Custom difficulty setting. More proof of this being a Codemasters’ game comes from the inclusion of Flashbacks, which if you haven’t played Dirt or Race Driver should know is a useful feature that sets back the clock on your accidents a limited number of times depending on your difficulty settings. This really shows its worth in F1 2010, which is actually a much more difficult racing simulation than any other Codemasters game so far, and you will be very grateful for its presence if you spin out on Lap 9/10. You get two Flashbacks in Hard mode.

[RELATED_ARTICLE]Formula One would be nothing without racing technology, and the innumerable tweaks possible in the paddock. So while you can upgrade your car over the course of the season, you can also mess with a nicely detailed list of performance settings, from engine to gearbox to balance to tyres. Mid-race, apart from fooling around with Driving Assists, you can also adjust wing, tyre and engine settings. You can also choose from Quick Car Setup presets from all the way from completely Dry to Wet, with 8 degrees in between. While I normally love tweaking all the performance settings in other games, I relied on Quick Car Setups and upgrades to get me through the game, not wanting to fool around with the physics in F1. Next time round, I’m going to start experimenting.

Multiplayer is surprisingly entertaining, requiring just a Windows Live ID. My wireless broadband modem was very flabbergasting-ly up to the task, and even got me a few wins in the Quick Races, without any impression of seriously high ping times. Kudos to Codemasters and Windows Live! You can also set up a custom multiplayer Grand Prix season. LAN gaming is also possible.

Overall, the game is certainly entertaining, and on Hard and Expert modes, is a worthy game to have mastered. It will also last you a while, with quite a few hours taking you to the other side of the learning curve, and then an entire season to finish, more contract offers and teams to join, multiplayer gaming, and beating your own best times in Time Trial. All in all, at Rs. 999 for the PC, F1 2010 is definitely going to give you many hours of sweat-breaking respect for Formula One drivers, and is a must have for F1 fans.