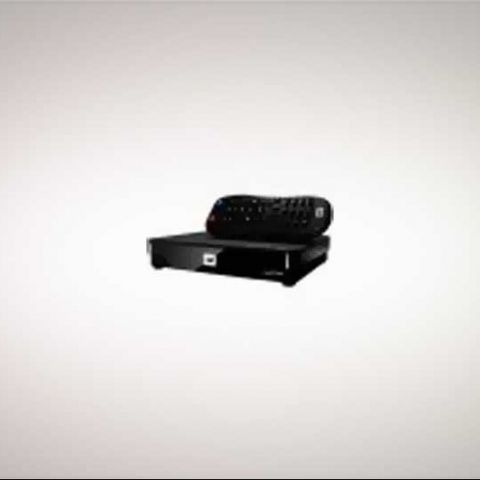 This is possibly the best HD media player out there. The price of around Rs 12k, you get superb HD upscale quality for videos, a 1TB hard drive pre-installed and the best interface among all media players. This is the one to buy for that flat panel television at home.

Western Digital seems to have mastered the art of making a perfectly balanced HD media player. The first generation WD TV HD media player (with the glossy black finish) introduced us to a new category of home entertainment devices.  The WD Live, which was the upgraded version, came with network capabilities, ability to access media servers and access to services like YouTube, Picasa and Live365 etc. All this while offering the same superb video playback quality, upscaled to Full HD resolutions.

A lot of rival products also flooded the market, offering comparable features at competitive prices. However, the WD products remained just that much better. It is true that I run the risk of sounding like a WD fanboy, but the fact is that the WD TV media player range offers a perfect blend of performance, quality and the value for money factor. The latest media player to arrive is the WD TV Live Hub Media Center. To put it simply, WD took the Live HD media player, and made it a lot better. Let us find out how good this one actually is.

[RELATED_ARTICLE]The HD media players are devices which are connected to the television and allow users to access video/audio/pictures from a USB drive. These devices can be connected to the flat panel televisions using HDMI or component video output- with HD resolution upscaling. The media players can also connect to the older generation CRT televisions via the composite video cable. However, in this scenario, the videos will not get upscaled to HD resolutions.

The WD TV Live Hub has a bigger footprint than the previous generation WD TV Live, because of the additional bulk of an internal hard drive. However, the Hub is a lot slimmer in the overall form factor and isn’t a lot heavier as well. The Iomega Screenplay Director HD also comes with an internal 1TB hard drive, but looks extremely bulky in comparison to this. The most recent media player launched by Asus- the HD2 has a slot for a 3.5-inch internal drive, and the overall form factor seems humungous when compared to the WD Hub.

The front of the Hub has one USB port on the bottom right corner, and the power button on the bottom left corner. The rest of the panel is clean, with a glossy-ish black finish. Apart from this, the rest of the device has a matte black coloured finish, which makes it less prone to scratches and a lesser dust magnet. The sides are completely clean with no ports. All the connectivity options are on the rear panel- another USB input, Ethernet port, HDMI out, composite and component video out, optical audio out and the power input. The underside of the device has a small cooling fan- an indicator of the processing power this device possesses.

To test the device, I had hooked it up to a Full HD LCD, using the HDMI cable. Switch on the box and you will be taken in by the truly amazing user interface. Called Mochi, this one allows customizable themes, animated menus and changeable backgrounds. The home screen, also known as Dashboard, has the clearly laid out menus- Videos, Audio, Photos, Files, Services and Setup. Access to the next page within any of these menus also introduces the ability to select the source of content (which will be displayed on that page), and the style the content will be displayed in (thumbnails, list, previews etc.). The top bar on the interface shows the current time, and the latest weather update via the AccuWeather app. Internet connectivity is essential for this feature to work. Users can change the background images, as well as themes. Despite a pretty colourful and animation heavy interface, the Hub does not slow down at all.

Since I had reviewed all previous generations of the WD media players as well as those offered by the rivals, the comparisons were inevitable. The Mochi GUI is a major upgrade from the plain (yet very functional) interface of the WD TV Live. And this is miles ahead of the interface offered by the likes of the Asus O!Play HD2. No wonder there are queries on various online forums about if and when the WD Live will get a similar interface.

Read on to know more about the performance, our verdict, and the price...

Once the Hub was hooked up to the television via the HDMI route, the resolution was automatically detected and implemented. However, just to be sure, I did manually set it to 1080p/60Hz with the deep colour setting at 12-bit. If you look carefully, there is a huge difference and an improvement when you change the setting from the default 8-bit to 12-bit.

To test playback, I first connected a portable hard drive to the USB port on the rear panel (wanted to keep the front wire free!) and played a few video files. The standard definition video files were faultlessly upscaled, with the colour becoming richer and very minimal noise on the borders of some objects displayed. While the blacks had minor gradation visible, the rest of the colours were smooth and even. The 720p HD video files looked excellent after the minimal upscaling touch given to them with absolutely no loss of colour or quality. The blacks looked smooth as well, and no gradation in other colours as well. An actual 1080p video file, which needs no upscaling at all, looked absolutely perfect.

[RELATED_ARTICLE]To test the media server capability, I had the PS3 Media Server running in a laptop connected to the same network. The PS3 Media Server software, on its end, immediately detected the Hub, albeit as the WD Live media player! The Hub also detected the PS3 Media Server and listed all the folders I had shared via the desktop software. Video playback was flawless, with all files played via the network also getting the flawless upscale treatment. Before doing this though, you will need to configure the network from the settings menu. Just click on “auto”, and let the Hub do the rest, and it takes a couple of minutes for the configuration to finish. I was using a wired connection. The Hub has the capability to detect wireless dongles, and will utilize one of the USB ports. It would have been good if the wireless capabilities were integrated, particularly when the price is more than Rs 10,000.

Speaking of integration, some web based services are available for access from the device itself. The services vary from region to region, due to geographical limitations. For example- Pandora Radio does not work in India. However, You Tube works. And so does Live365, which offers a wide range of online radio stations.

This neatly brings me to my next point of background playback. When an audio or video is in the playback stage, the home/dashboard screen shows up a “Now Playing” menu. While a radio station was playing back in the background, I was able to browse the menu and then return to the radio interface from the Now Playing menu. While background playback was possible in the WD Live, but returning to the playback screen without disrupting the playback was literally impossible. Also, a scroll on the top of the screen shows the name of the current media being played in the background.

The internal storage can store all compatible media files, but cannot be used using the drag and drop method. Files and folders can be copied on it via a USB connected drive or some media server. I copied data to it from the USB connected hard drive and the transfer speeds were constant at about 18MB/s. File transfers cannot be relegated to the background. You will need to wait for the copying to finish completely before proceeding to use the device. You can even set a drive to automatically sync with the internal storage, when some new content is detected.

The remote of the Hub is bigger than all other WD media players, and pretty similar to the ones offered by the rivals- at least in terms of size. The key layout is not as comfortable as the earlier remotes, which were much smaller in size as well. Plus, no backlit keys option- which is quite annoying. It is high time that companies offer backlit remotes, since a lot of people watch movies with the lights turned off.  However, there are a four colour keys which can be customized to access to certain media.

Even after a couple of hours of constant movie viewing, the Hub did not heat up a lot. The fan on the underside does a good job. However, you will need to place the hub on a hard surface for the fan to be effective.

Read on to find out our verdict and the price of the WD TV Live Hub...
Verdict

For a price of just about Rs 12000, you get a complete media center device. Add a 1TB internal storage space and a superb interface in the mix, and there is a winner on your hands. This is the one to buy, and connect to that flat panel television, and enjoy that movie you have saved on that USB drive!

HDMI 1.4, composite and component video out