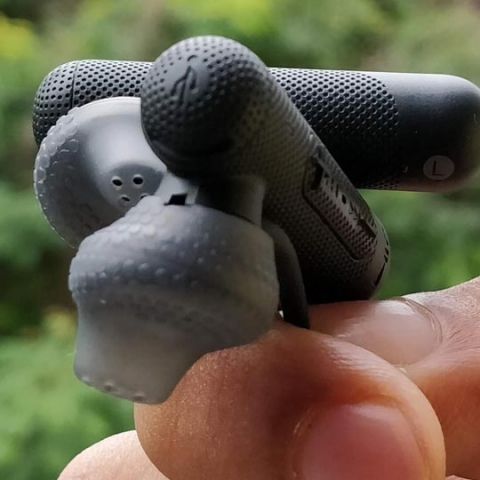 If you’re a sports enthusiast and go for regular workouts or runs, the SP500 is among our new top recommendations for you. It falls within budget for a wide variety of users, and while it may not be the purest audiophile-grade offering from Sony, it offers the right mix of audio performance and build quality, and comes with water resistance. On the other hand, it is ideal for an office environment as well, keeping you available to your colleagues without taking away from the audio experience save for the last 15% of the loudness scale. For bass-freaks, however, this isn’t the ideal audio companion.

Sony is no new name to audio products. They have something on their portfolio of all make and manner, and when it comes to the WI-SP500, it is for sports and fitness enthusiasts all the way. This isn’t something that the average person looking for decent wireless audio should avoid, but the overall design and ergonomics are more adept at those who undergo heavy activity every day. Like every product, it has its highs and lows (pun intended). The question is, do they have enough? 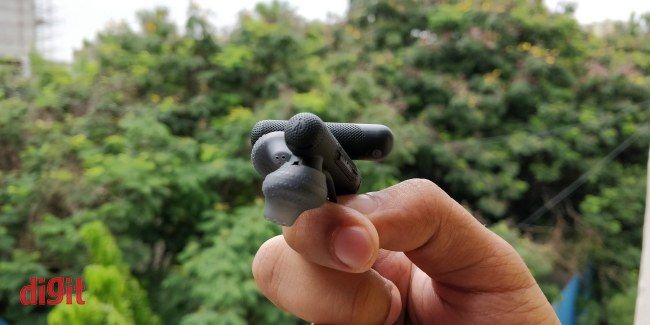 The Sony SP500’s activity-oriented build is a bit unusual, with the cylindrical extensions to the earbuds looking rather awkward. But once you put them on, the extensions do not matter much as you get used to it naturally. 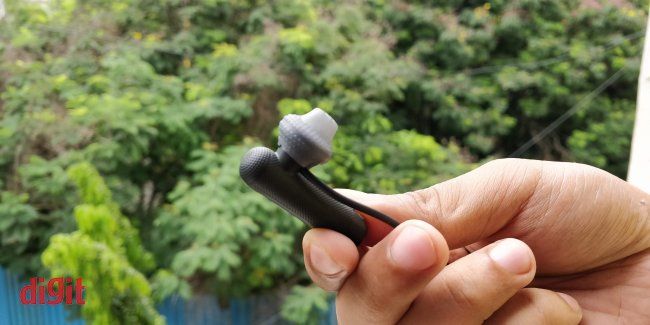 In fact, these extensions help the wearing process. The “open-air of the WI-SP500, as Sony calls it, isn’t built to go deep into your ear canal and offer a perfect seal. Yet, it provides just the right fit, keeping the earpieces in place while providing enough breathing room. The rather large earpieces remain in place pretty well, unless you’re headbanging your way to work. That being said, it does take a couple of tries to get the fit right with this unit. The crosshatch design on the body as well as the included silicone ear tips contribute to plugging in the earpieces easily, and add to the grippy sports aesthetic. 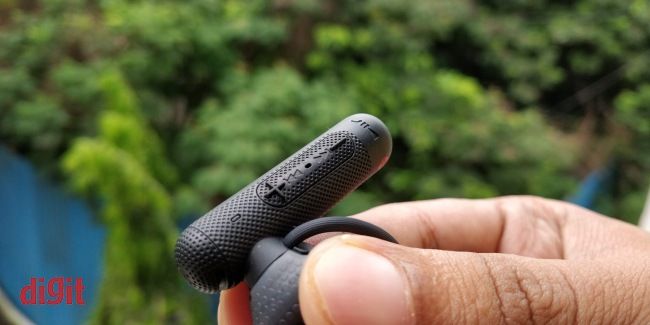 The tube extensions hold the hardware that powers the SP500. The controls on the right side include a single power button at the tip, and the volume controls along the body. The two earbuds are connected with a single wire. The power button also lets you take calls, operate voice assistants, or enable pairing by pressing it for seven seconds. The body is made of rigid plastic that makes the overall unit quite light without compromising on ruggedness. Popping open the lid on the right unit reveals the smartly-placed micro-USB port. The LED on the right tube also indicates the power and pairing status of the IEM. The overall build quality, despite the use of plastic, is actually quite nice. 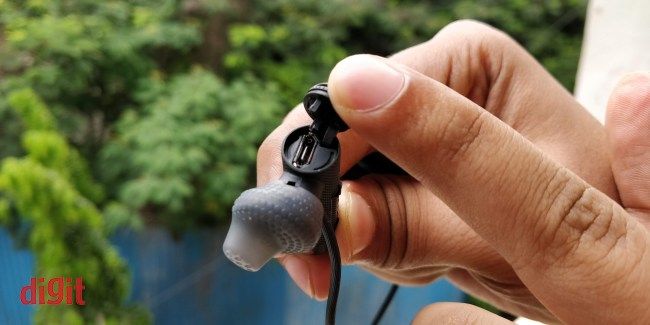 There is no magnetic attachment of earpieces on these. Hence, when you’re not using them, you have to be aware of the weight distribution when they are just hanging on your neck. Too much on one side and they tend to fall off. The SP500 comes with a nice clip that makes wrapping it up after usage quite easy. Sadly, there’s no carrying case or pouch included, but if you wrap them up properly (as helpfully instructed in the pictorial instruction manual in the box) you should be fine with putting them in your pocket or a compartment in your bag without risking damage. 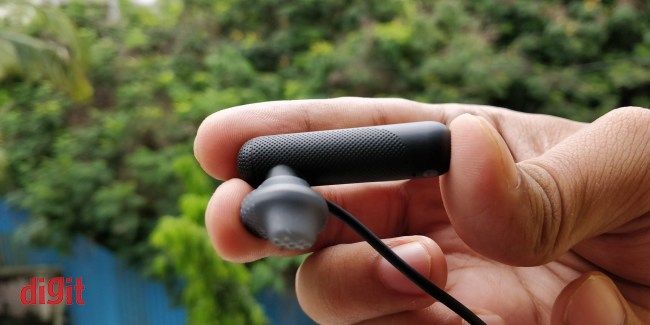 The SP500 is light and comes with IPX4 ingress protection rating, so as long as you don’t take it for a swim, it should be fine dealing with sweat, usual dust and a few splashes. During outdoor workouts and runs in the light rain, we didn’t face any water damage-related issues. The controls could have been placed better and require you to hold the entire tube and fidget every time you press a button but is not a major inconvenience.

As we mentioned, the SP500 isn’t meant to seal off your eardrums completely. The included ear tips with the slight extension ensure that the sound remains remarkably full, but does not block off external noises entirely. This does not affect its fit quality at all and once these buds are on, they do not fall off even during most strenuous workouts. 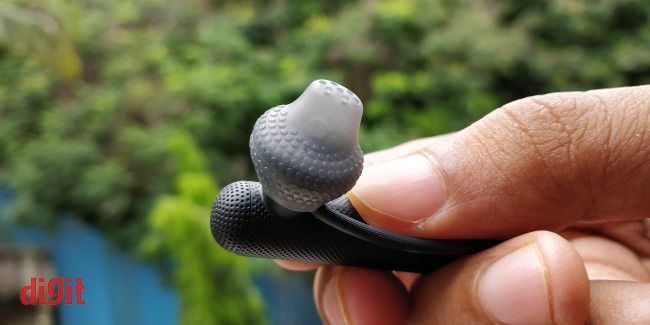 Pairing via Bluetooth worked every single time on multiple phones. The button response is also near-instantaneous and solid. One of the issues we had with the SP500 is the lack of proper information regarding battery status. The units, when completely drained of power, offer one message to charge the battery before switching off. Android Oreo and iOS provides battery status of connected Bluetooth devices, but beyond that, it could be quite inconvenient to a lot of users.

The Sony SP500 is designed for people who want to be aware of their surroundings during workouts and music sessions. While it doesn’t really provide top-notch audio performance, it does have its own strengths in the audio department. 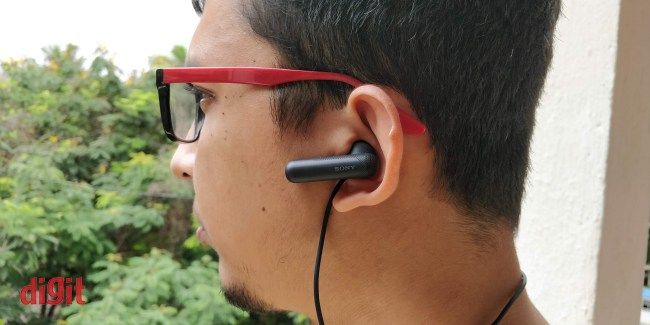 Don’t expect any eardrum-thumping experience here. For instance, the impact of the background loop in Uptown Funk by Bruno Mars is lacklustre. It sounds a tad too light and lacks depth, but is neat and clean from distortions. The WI-SP500 does a nice job with vocals and mids and is not too bad with highs as well. The 13.5mm dome-type Neodymium magnet drivers manage to pack a clear and bright punch in most tracks, and the overall audio signature clearly favours the bright range of the auditory spectrum. You’re especially in luck if heavy rock music is your jam. It’s not too bad with RnB tracks too, but the lack of warmth in the sound means the strong bass lines go amiss. This in turn cuts it down in terms of versatility as well, since the SP-500 is tuned more towards certain genres, than not. 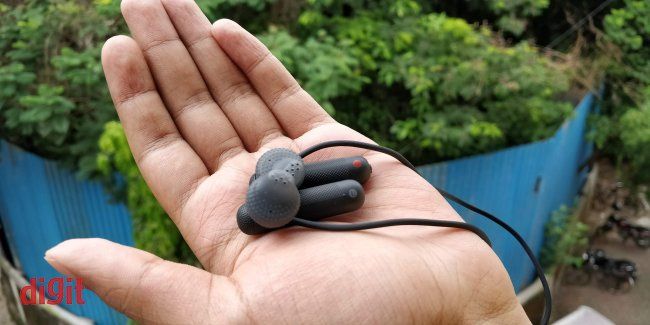 The lack of heavy bass may also be a deterrent to those who like to workout while aided by a thumping bass line. Listen to tracks within its comfort range like Hotel California, and you’ll have to try a fair bit to find faults - keeping the price point in perspective, of course. The somewhat limited soundstage is apparent on tracks like Hunter by Bjork, but this is certainly not the worst we’ve experienced. The narrow audio passage does not induce claustrophobic reactions thanks to the breathing space around the ear tips but affects audio performance in general. Overall, the audio performance of the SP500 shines through despite a couple of minor issues. For fans of neutrally-balanced sound, the SP500 is actually a very good option at this price point. 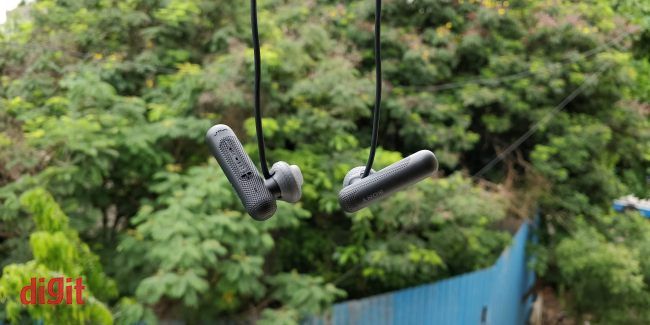 Which brings us to call quality - this is a major issue with the SP500 due to a couple of reasons. First - the lack of proper isolation makes it impossible to hear the opposite end in crowded public situations, and the mic placement needs you to speak rather loudly to make yourself heard, which can be a fairly embarrassing affair. At the Rs 5,000+ price tag, we would have expected a better microphone from Sony. The battery easily provides 8+ hours of continuous audio playback and calls and leaves nothing to complain about in that department. This should be sufficient for four days of average usage.