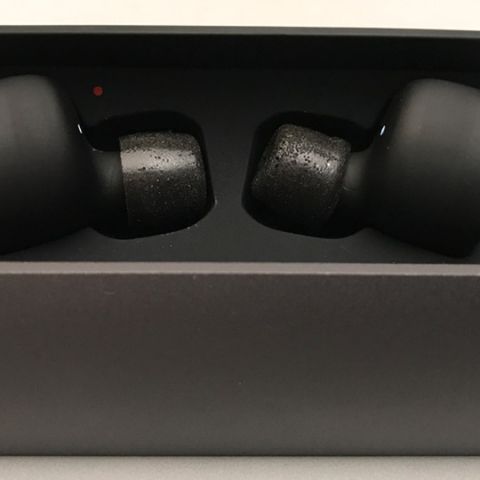 The RHA TrueConnect sets itself apart from the very beginning by featuring the IPX5 rating that keeps it safe from the rain and poolside. Even beyond that, it is built quite well and supports fast charging. We did not face any connectivity issue while using the TrueConnect and the sound was quite good, even though it was a bit bass heavy. If the controls could be improved, it would be a no-brainer to recommend TrueConnect over its competition.

It seems like almost no discussion around the genre of true wireless headphones can commence or complete without discussing the Apple Airpods. When they did come out, they managed to check off the right boxes and have grown in popularity ever since. However, this particular review is concerned with a direct competitor from RHA, The TrueConnect. Sporting a similar design and a competitive price, this pair of true wireless headphones takes direct aim at the Cupertino giant’s true wireless offering. Is it able to make a dent? Let’s find out. 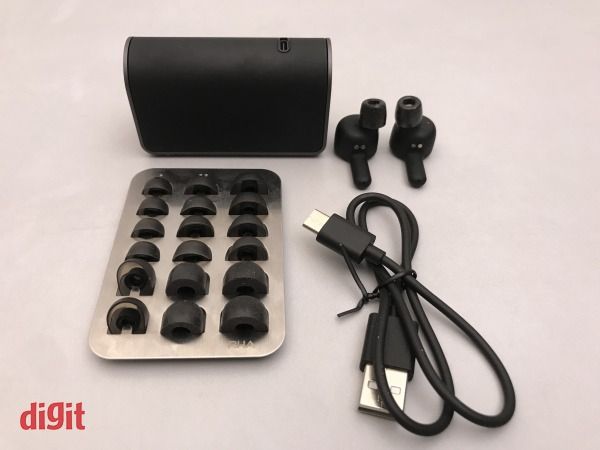 What you get in the box

The finesse in the design of the RHA TrueConnect starts from the case itself. 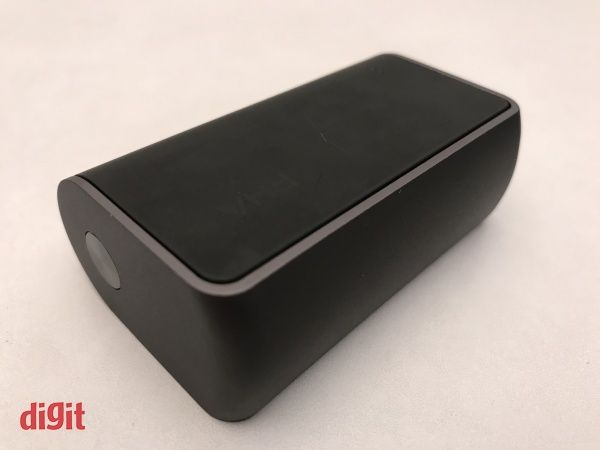 Sporting an overall matte finish, the U shaped case features a hinge design which slides up to reveal the housing for the earbuds. 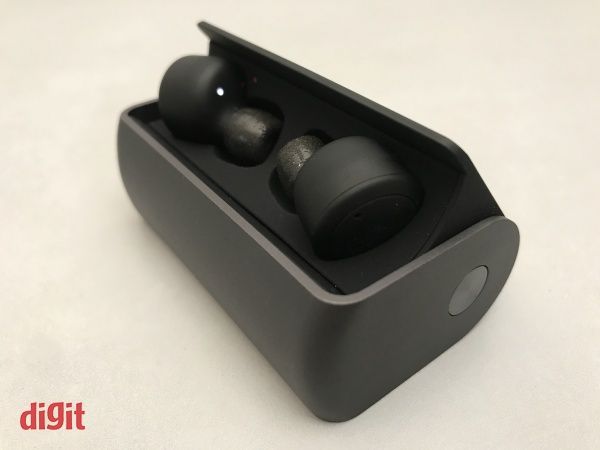 The hinge design is oddly satisfactory

The case is built of metal and the matte finish varies on the hinge and the housing, with RHA using a soft touch rubber coating to increase the smoothness. The sliding mechanism is oddly satisfactory and we actually found ourselves playing with the same even when the headphones were not in them. The fact that it’s a slider shouldn’t make you worry as the mechanism snaps shut when closed and does not open accidentally. You also shouldn’t have any trouble figuring out which way to slide as there is an RHA logo on the right side up. USB-C charging on the back of the case means that these also top-off faster than its non-USB-C brethren. 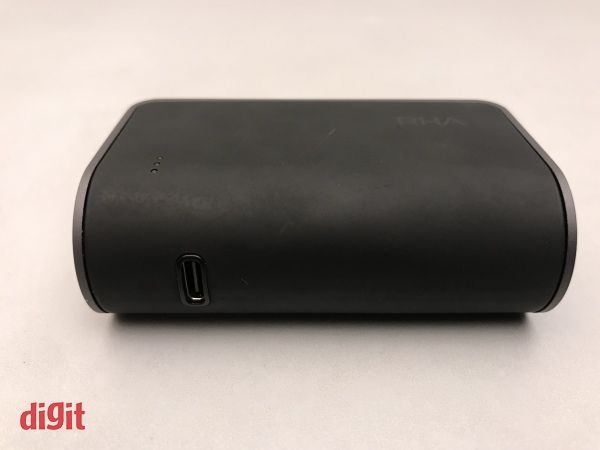 Inside the case, the earbuds and the housing use a small red dot to indicate which one to use with which ear, just in case you don’t get that with the orientation. The buds themselves are plastic but sport the same matte finish, adding to the premium feel but keeping themselves lightweight. However, the same finish makes them, and the case, prone to retaining a lot of fingerprints. The stem that juts out of the earpods is definitely comparable to the Airpods design and does aid in the removal of the buds. While this design might be hated by a bunch of people, it does allow companies to put functional bits outside the ear and allows them to make smaller buds. 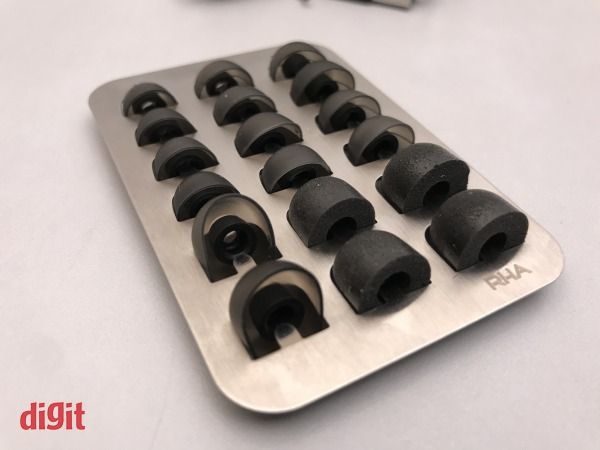 RHA gives you ample options for ear tips with this one, including three sets of Comply TrueGrip Plus tips

The included ear tips do a fabulous job at passive isolation, even more so if you use the foam tips available. They stay firmly in place during heavy workouts as well. That, combined with the IPX5 rating and the isolation, makes these surprisingly good at being gym companions. The angled nozzles push the audio deep into your ear, something that the Airpods lack.

The controls are where we spot the RHA Truconnect’s first fumble. While play-pause is rather intuitive with a single tap on either earbud, music control is on the left earbud whereas volume control is on the right. Also, a double tap increases the volume whereas a triple tap takes it the other way, and the same actions control the playlist on the left ear. This can be a bit confusing or downright interrupting for most of us. This could have been avoided by including smaller split-buttons on the face of the earbuds.

In terms of battery capacity, the TrueConnect is quite phenomenal. We managed to get about 4.3 hours out of a single charge and the case change top that up four additional times, making the total capacity cross 20 hours. 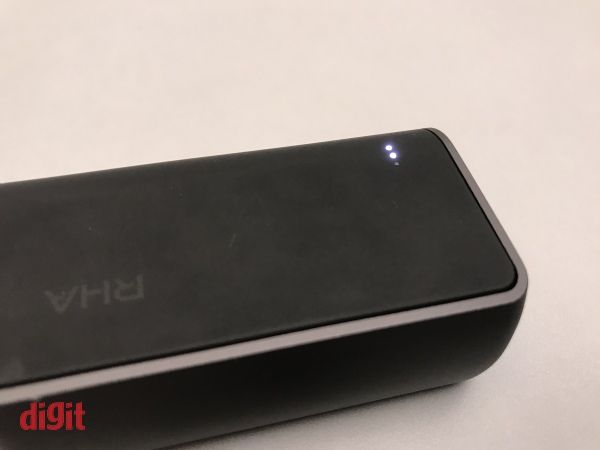 That means with a fully charged case and earphones to start off with, and a two hour daily listening time, you would last ten days without needing to plug the case in. Additionally, in those ten days, you would only need to charge the earphones themselves for 15 minutes each day to get those two hours out of them, thanks to the fast charge feature that tops these up to 50% of the battery capacity in a quarter of an hour. 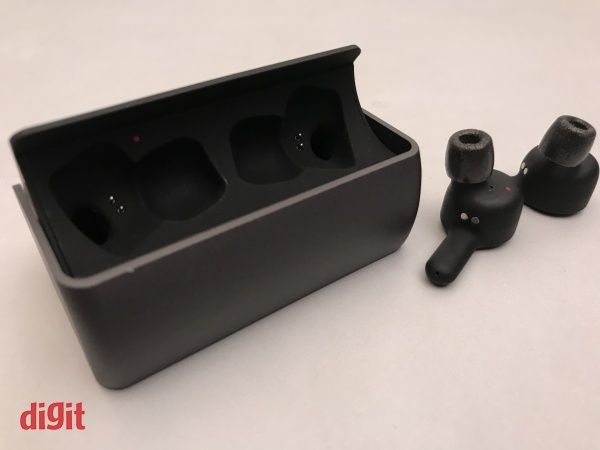 About half of the battery life, approximately two hours worth of charge, can be topped up in just 15 minutes with the Fast Charge feature

The sound of the RHA TrueConnect is far from neutral. However, that isn’t always a bad thing and such is the case with these true wireless earbuds. The bass is quite pronounced and fun, without being painful to listen to. The Comply tips make the isolation even better and push the experience further. 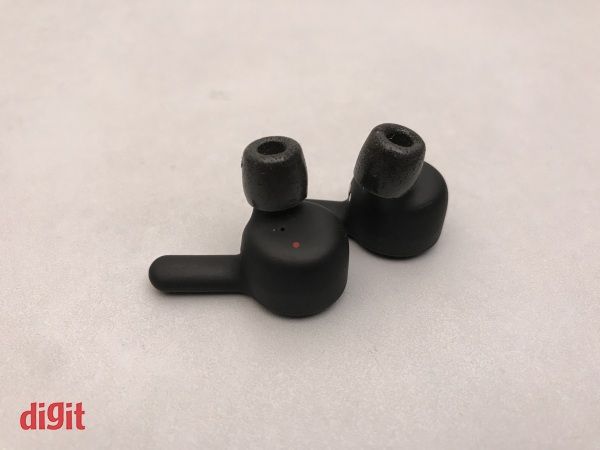 Listening to Uptown Funk by Mark Ronson, the rolling bass chorus loop in the background is always present, but doesn’t get overshadowed by the powerful beats. Bruno’s voice in the same song also plays well with the rest of the music, without being suppressed. Songs like Hunter by Bjork sound detailed, with the soundstage being handled well, if not as good as some counterparts. Choti Si Asha sounds detailed, with the instruments being reproduced quite clearly, with the lean towards warmness we've mentioned earlier. 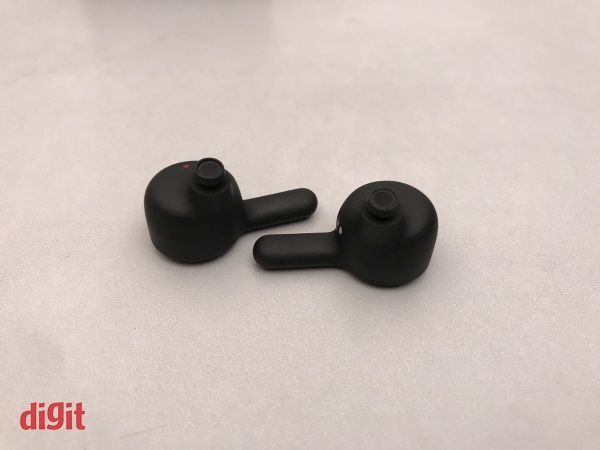 The sound from the TrueConnect can lean towards warm, but without overshadowing the vocals in your music

On the other hand, the TrueConnect’s weakness shows through in the highs. It is still better than a number of alternatives we’ve tried recently, it still does get bested by some better competitors when it comes to highs. Playing Centuries by Fallout Boy at high volume let to a significantly distorted experience. Tracks like Pull Me Under by Dream Theater sound a bit messy as if someone is trying to make the headphones try too hard for the detail in the highs to show through. 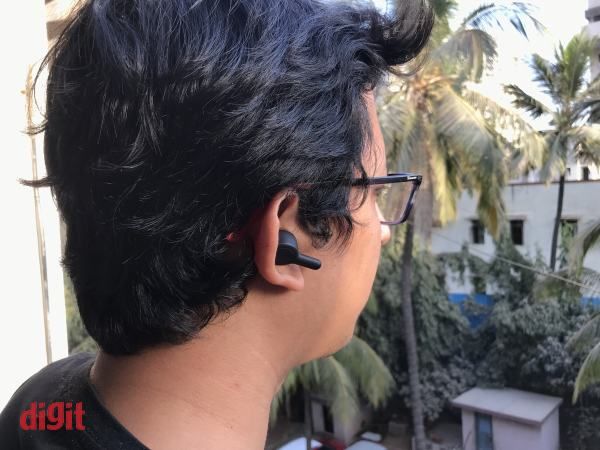 The TrueConnect juts out quite a bit, but the 'stem' design aids in their removal

The RHA TrueConnect is a really good pair of true wireless headphones. They’re built well, they charge quickly and last long. Due to the presence of an IPX5 rating, they also qualify to be good gym companions, where their isolation is bound to make you forget a noisy environment. The presence of Bluetooth 5.0 also added to the overall audio performance on offer, and you have the option of using AAC as well as SBC. Keep in mind there’s no ambient awareness mode and no dedicated app, but RHA does all it can to make you forget all about that, and we tend to agree. If the price puts you off, we would recommend the Plantronics BackBeat FIT 3100 as a cheaper alternative. On the other hand, the Jabra Elite Active 65t is more feature-laden and often sells for cheaper. However, If you want a no-nonsense workout pair of true wireless earbuds that does what it claims and does it well, the RHA TrueConnect is a great option.