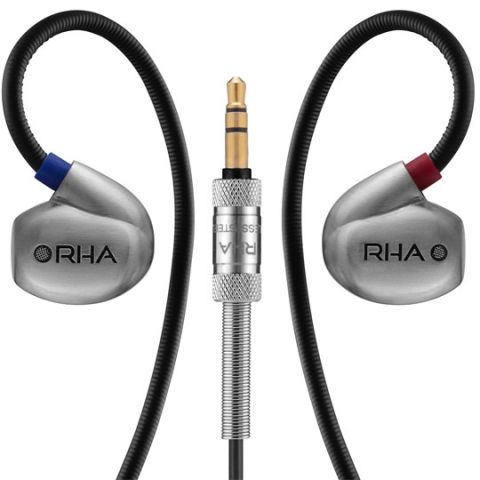 The T20 is slightly better sounding than my old favourite Bose QC 20 as well as the UE 900. Both are priced higher than the RHA T20. That’s saying a lot.

It seems this month’s monsoon brought with it not just thunder, rain and lightning, but also a deluge of headphones. Along with RHA’s S500i, we also got our hands on the penultimate device in the british audio company’s headphone catalogue – the RHA T20. It the proverbial flagship from RHA’s stables, and dislodges the T10i as the numero uno device.

The RHA T20 have the same injection moulded stainless steel housings as its predecessor. They even feature the same swappable filters which admittedly are a little gimmicky, but quite innovative none the less. Both have all the makings of a sturdy pair of headphones: spring shielded bend joints near the jack, thick OFC cables, rock solid housing, sturdy mouldable over-ear hooks hooks… the works basically. 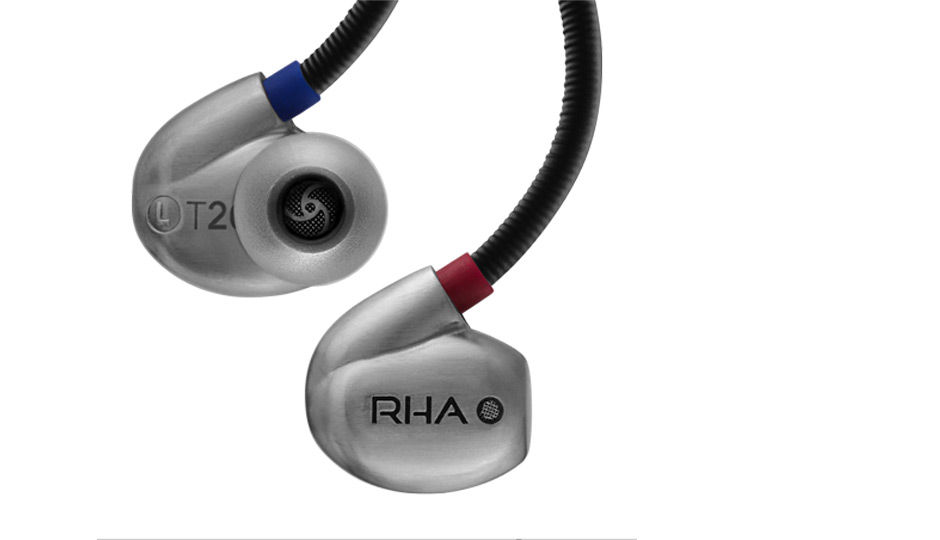 The headphones are so similar in fact that you won’t be able to tell them apart unless you’re paying attention. And so without intending for it to be this way, this review is mostly going to be a comparison between the T10i and T20.

Visually there are a few minor differences between the two. The RHA T20 has a black cable while the T10i has a grey one. The memory wire hooks that go around your ear are a little different too. The T20 ones are a little more rigid and retain their shape a little better than the T10i hook. I’m not going to point out that the T20 lacks the in-line mic and remote because the T20i variant has already been released and is available.

The difference between the two isn’t so much what you can see on the outside but what is there on the inside. While the RHA T10i is built around the 770.1 driver, the T20 features their “DualCoil” dynamic driver which is supposed to deliver higher levels of resolution and detail than conventional drivers.

Does it deliver on the performance promise?

With the T20 I didn’t want to take chances with the output of portable devices. Both the T10i and T20 were hooked up to our trusty ASUS Xonar Essence STX and only the best flac files from our library of test tracks were compared.

The question of whether the different filters make any difference to the listening experience was answered in our T10i review. The short answer is: yes they make a difference but once you settle in on your preferred signature you are unlikely to change the filter as frequently as your average playlist cuts across genres. For my part I settled in on the reference filter and in order compare apples to apples did most of my listening on the neutral filter for both the headphones.

The T20 is beyond a doubt superior. The soundstage is expansive and open. The stereo separation is brilliant and the audio is just very open and rich. Speaking of rich timbre, one of the tracks that really highlighted the difference in fidelity between the two was Call On Me by Chris Rea. The husky tones of Rea’s voice were brilliantly reproduced on the T20.

Pull Me Under by Dream Theater is another track I find really puts headphones through the grind. It’s like what Crysis was for erstwhile GPUs. The modulating bassline between 3:16 to 3:32 is almost imperceptible on all but really good headphones. On the T20, each bass note was distinct and accurate. 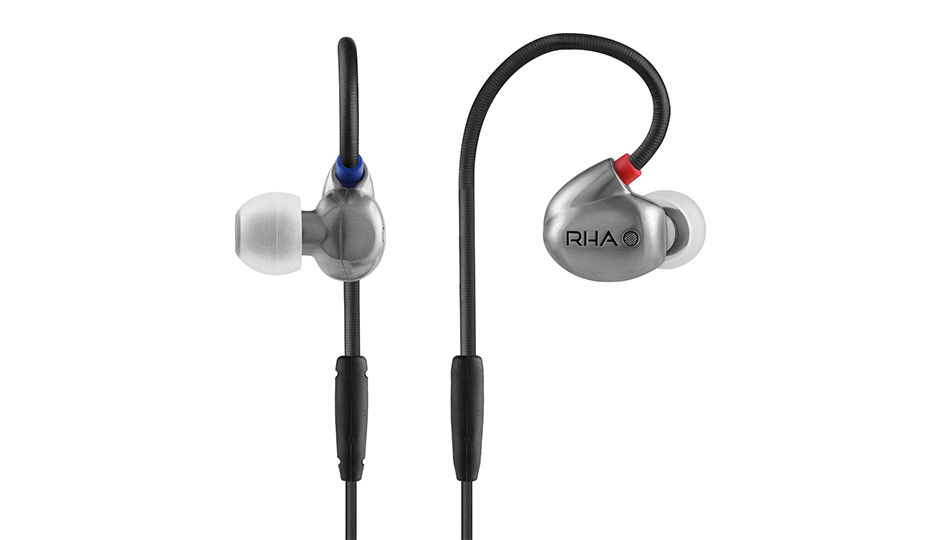 Now for the ultimate question: is the T20 worth the roughly five grand it demands over the T10 which was already a solid performer to begin with? A clinical mind would want to know whether the T20 is proportionally better. That is, since the asking price is 35 percent more, is the performance 35 percent better?

Cease and desist you cold calculating robot! Don’t you know like fine wine the value of audiophile gear can’t be quantified to linear arithmetic like that?

Nah I’m just kidding. Sure it can. Well, at least in a subjective way. The T20 is significantly better in performance and after crossing the 10k mark for a pair of headphones, the value decisions and cost increases are all notional anyway. Since you’ve decided to spend and acquire an audiophile grade headphone, you might as well spend a little more and get the best.

And how does it compare to similarly high end headphones from other brands? Well, I’d say the T20 is slightly better sounding than my old favourite Bose QC 20 as well as the UE 900. Both are priced higher than the RHA T20. That’s saying a lot.