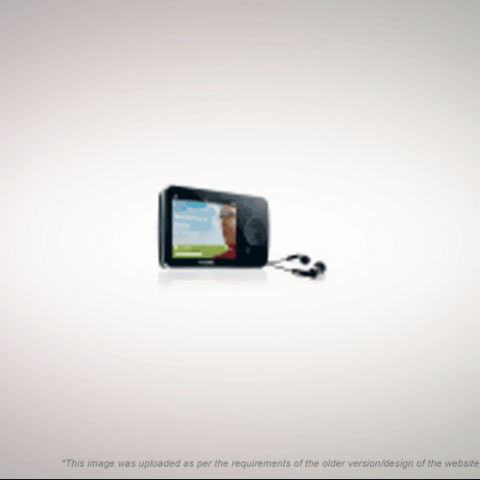 The price would be the decider and at Rs. 7,999 the GoGear Opus is a little pricey for the features and performance. Moreover, it’s not exactly compact.

The Opus consists of a brushed metal rear and glossy black front. The sides have a silver trim and this adds some much need contrast to all that black, all in all an attractive looking player. The controls look clunky and the buttons are a little hard to press but other than that they’re well laid out and for the most work decently. The screen is not very bright and the contrast ratio is horrible, for lack of a better word. When using the arrow keys between menus or tracks there is a slight lag between a button press and the desired action – a bit annoying. A useful little bookmark feature does the job of the point A to B repeat within a soundtrack.

This player definitely isn’t for the movie buff regardless of what Philips says – the Cowon S9, iPod Touch, iPod Classic, Samsung P3 and D2 all have much better screens. With music, the player needs more juice and this was the only player where the amp volume was nearly 12 o’clock before we got the same volume level out of the Grados. The slight background hiss audible in ~Trampled Rose~ was less prominent – this is something I didn’t notice with the Apple players – kudos to Philips here; though to be honest some are of the opinion that the album recording has a barely noticeable (but audible with high-end equipment) hiss. Rock music sounds decent but with blues and such it isn’t as emotive, perhaps this could be perceived as being more neutral but we found a couple of instances where some of the finer details during vocal pieces were missing so we as disinclined to say this. Treble is pretty detailed with good nuances as well as good extension, sans sibilance. The price would be the decider and at Rs. 7,999 the GoGear Opus is a little pricey for the features and performance. Moreover, it’s not exactly compact.